During tonight’s joint virtual meeting between the Cigar Rights of America (CRA) and the Premium Cigar Association (PCA), it was announced that nine companies plan on creating exclusive cigars for the 2021 PCA Convention & Trade Show.

While little is known about the details of the cigars, the cigars will only be sold to retail stores who attend the trade show, which is scheduled to take place next July in Las Vegas. 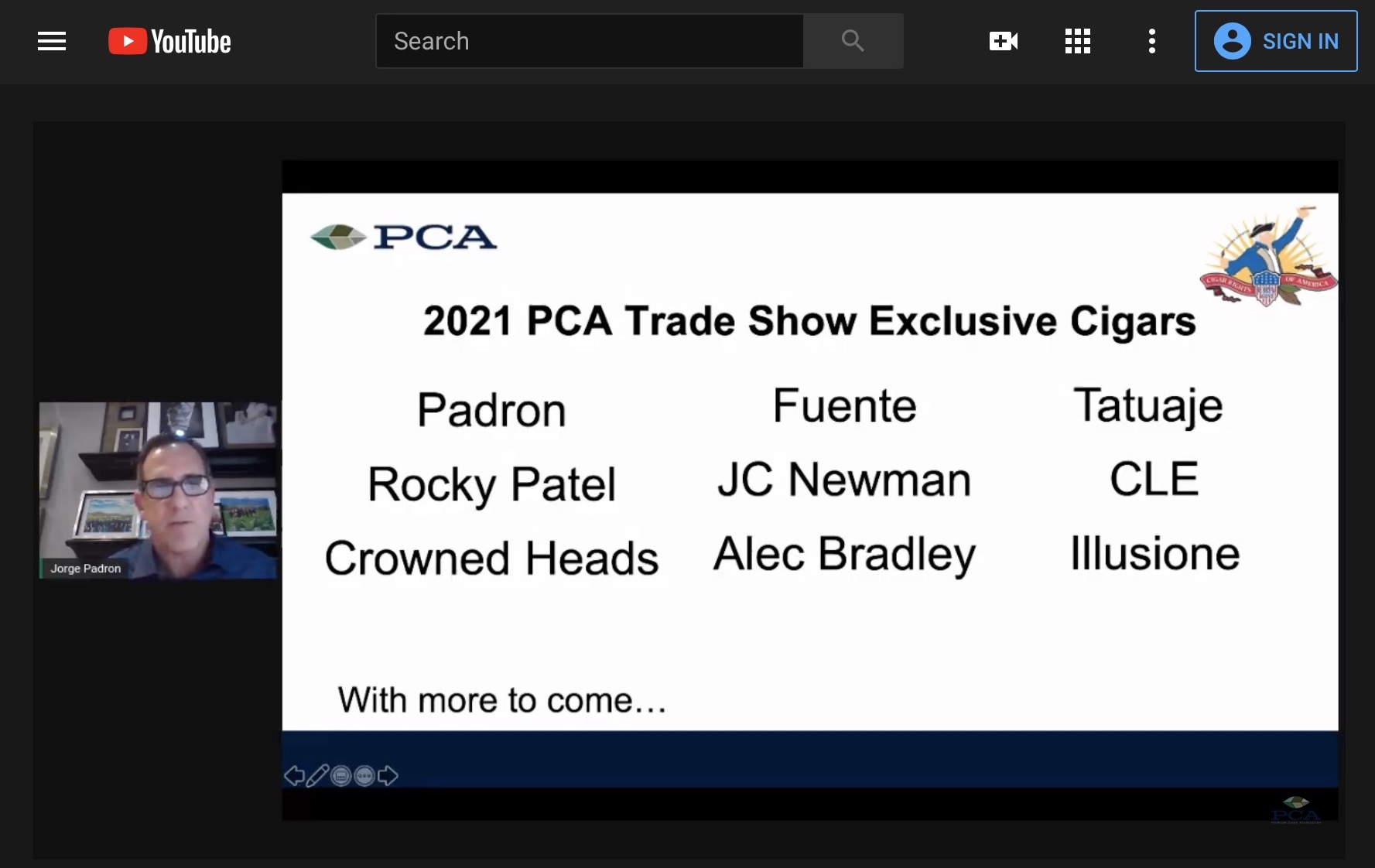 Some of those companies—Arturo Fuente, Crowned Heads, Illusione and Rocky Patel—announced exclusive cigars for the 2020 PCA Convention & Trade Show, which was ultimately canceled. So far, only Illusione’s cigar has been released.

The exclusive cigars are being used to help increase retail attendance to the trade show, which is used to fund the legislative and lobbying efforts by the Premium Cigar Association.

The 2021 PCA Convention & Trade Show is scheduled for July 10-13 at the Sands Expo Center/Venetian in Las Vegas.