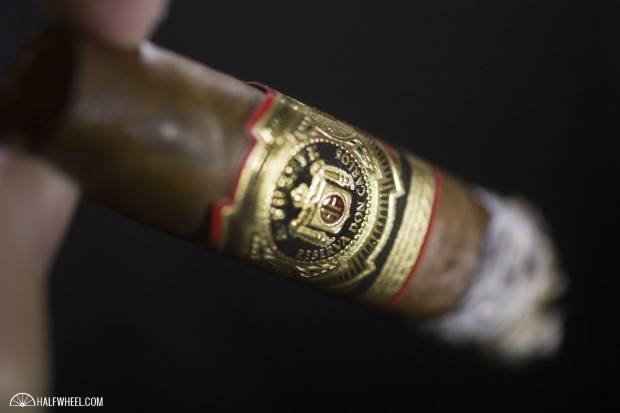 To celebrate the occasion, Arturo Fuente is releasing two cigars: the Don Carlos Eye of the Shark and the Don Carlos Private Reserve. Eye of the Shark is a smaller version of the company’s popular Shark size measuring 5 3/4 x 52 instead of the normal 5 5/8 x 54 made famous by the Añejo size. The Shark is noted for its peculiar shape which starts with a rounded belicoso-like tip but transforms into a square box-pressed foot.

It was shown off at the IPCPR Convention & Trade Show and part of Fuente’s show special. Retailers who purchased 25 boxes of regular production items are given the chance to a buy a box each of the: Eye of the Shark, Don Carlos Personal Reserve Robusto, Añejo 8-8-8, OpusX Rosado Oscuro Oro and Short Story Maduro. 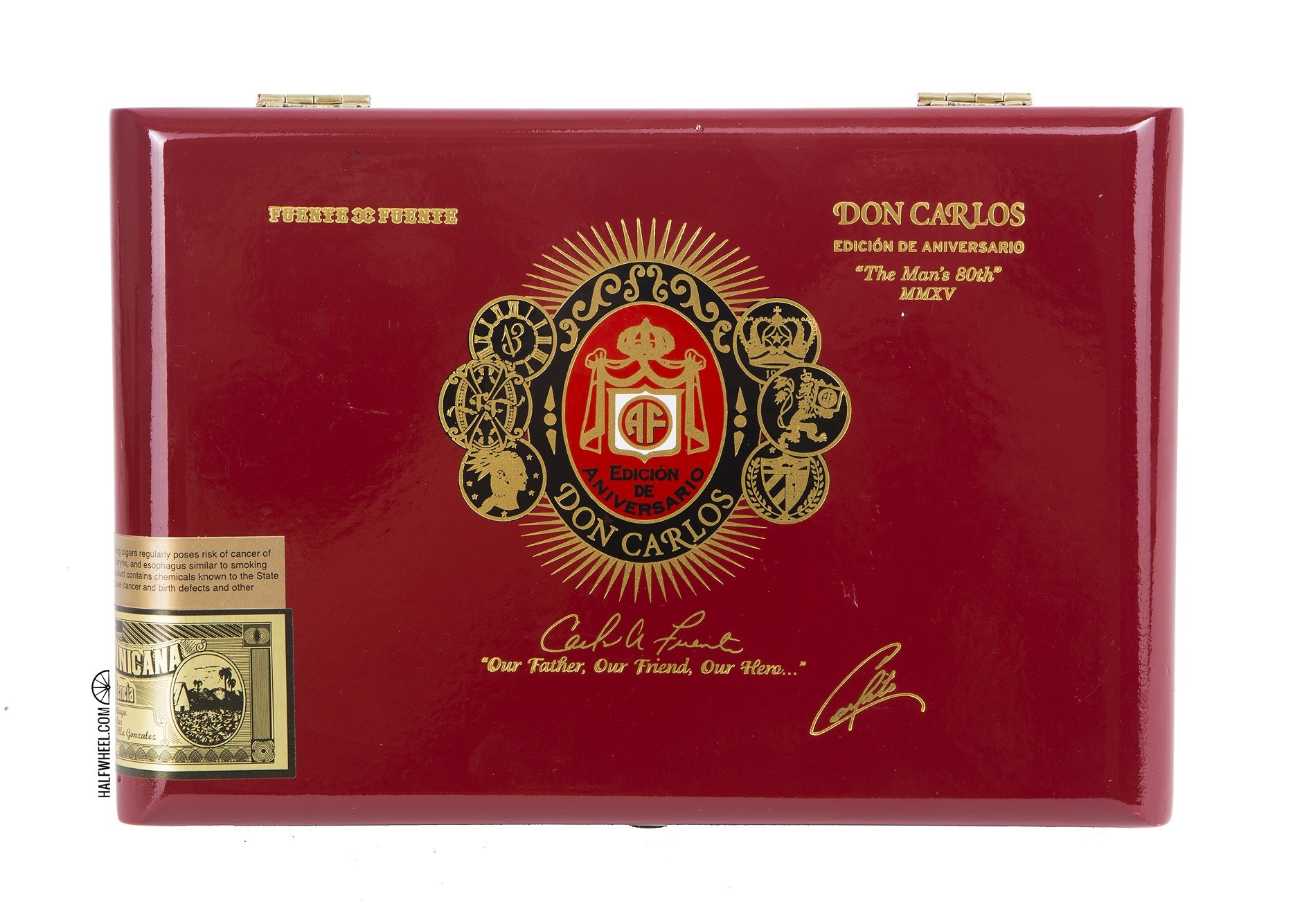 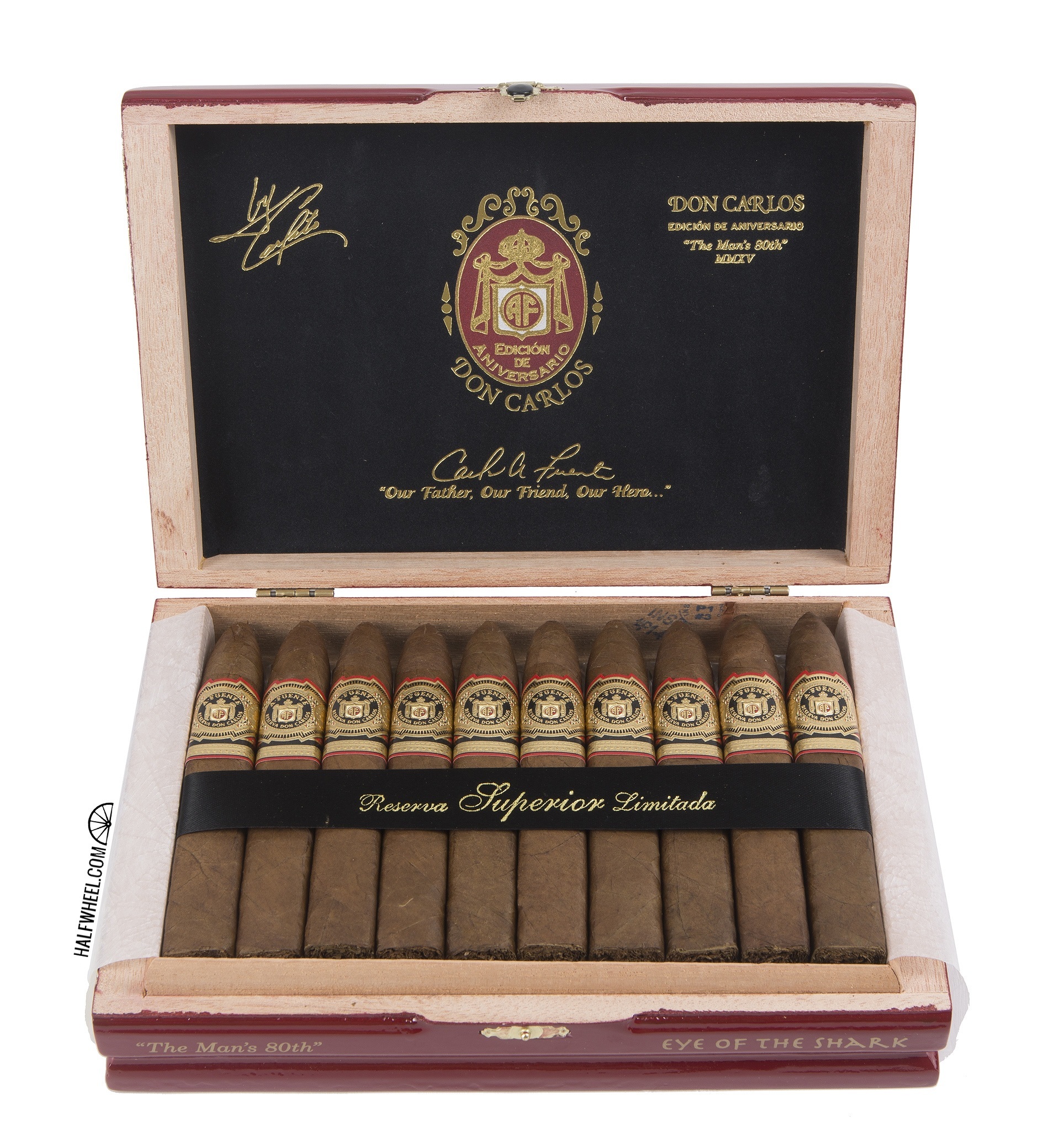 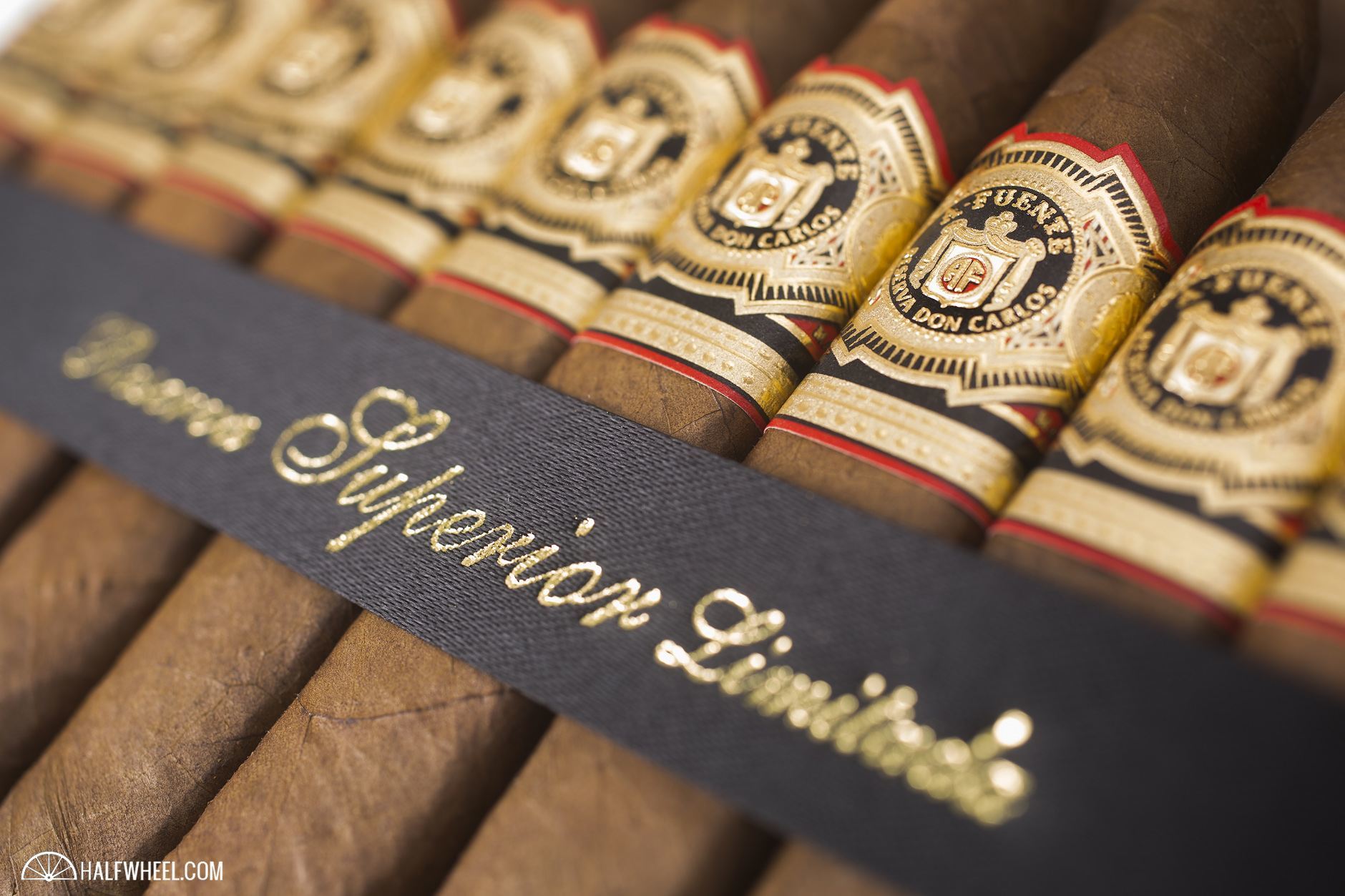 Earlier this month, the Eye of the Shark began shipping to retailers. The cigar ships in vibrant red boxes with the cigars containing a unique take on the typical Don Carlos band. 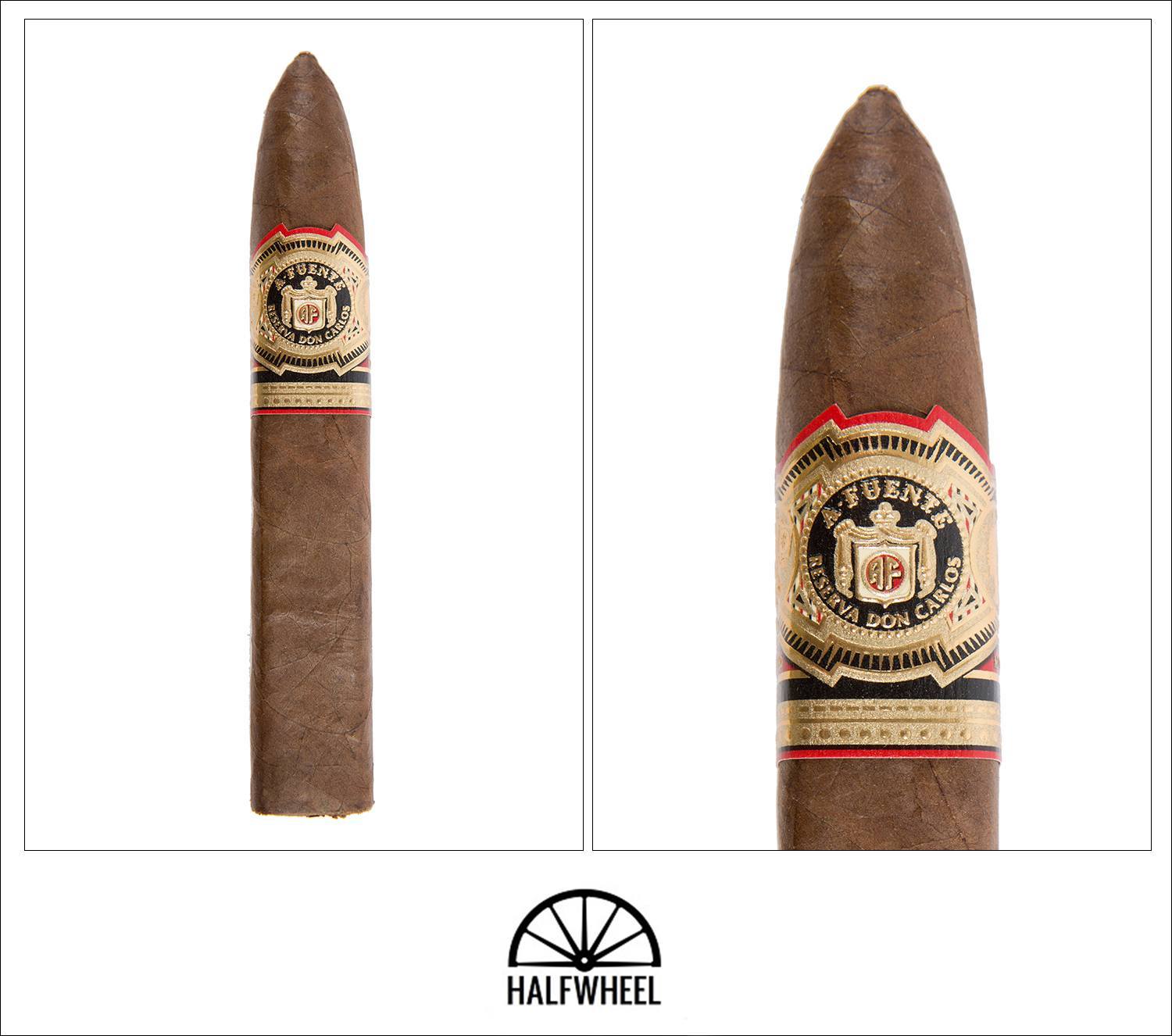 At the trade show, the Eye of the Shark was described as a modified version of the Senior Blend. Whether or not that’s actually the blend, or the story the company is now saying, the wrapper appears to be Cameroon by look, feel and smell. It’s quite similar to the regular Don Carlos wrapper in appearance, but it seems to feature just a bit more oil and richness than what I typically find. Aroma from the wrapper is oatmeal cookie-like with a big barnyard, leather and a touch of cocoa. The foot is much sweeter with an oatmeal raisin cookie over gingerbread and a touch of pepper. Things are similar on the cold draw with the gingerbread overtaking the oatmeal cookie and orange and sweet milk chocolate behind it.

It starts with some nuttiness, somewhat muted, but building. The sweeter nutty flavor is contrasted by a salty sunflower seed, potato chips and creaminess. Through the nose there’s quite a bit of candied citrus and a bit of a muted ketchup-like sweetness. The Eye of the Shark develops further every few puffs with the gingerbread eventually coming to the forefront surrounded by cinnamon and some sweet charred chicken.[ref]A flavor made famous by Patrick Lagreid.[/ref] Sunflower seeds remain, along with a creaminess, that adds more complexion to the fuente. Construction is great, sans a wrapper crack. The flavor is medium-plus, body is medium and strength is medium-plus and building. 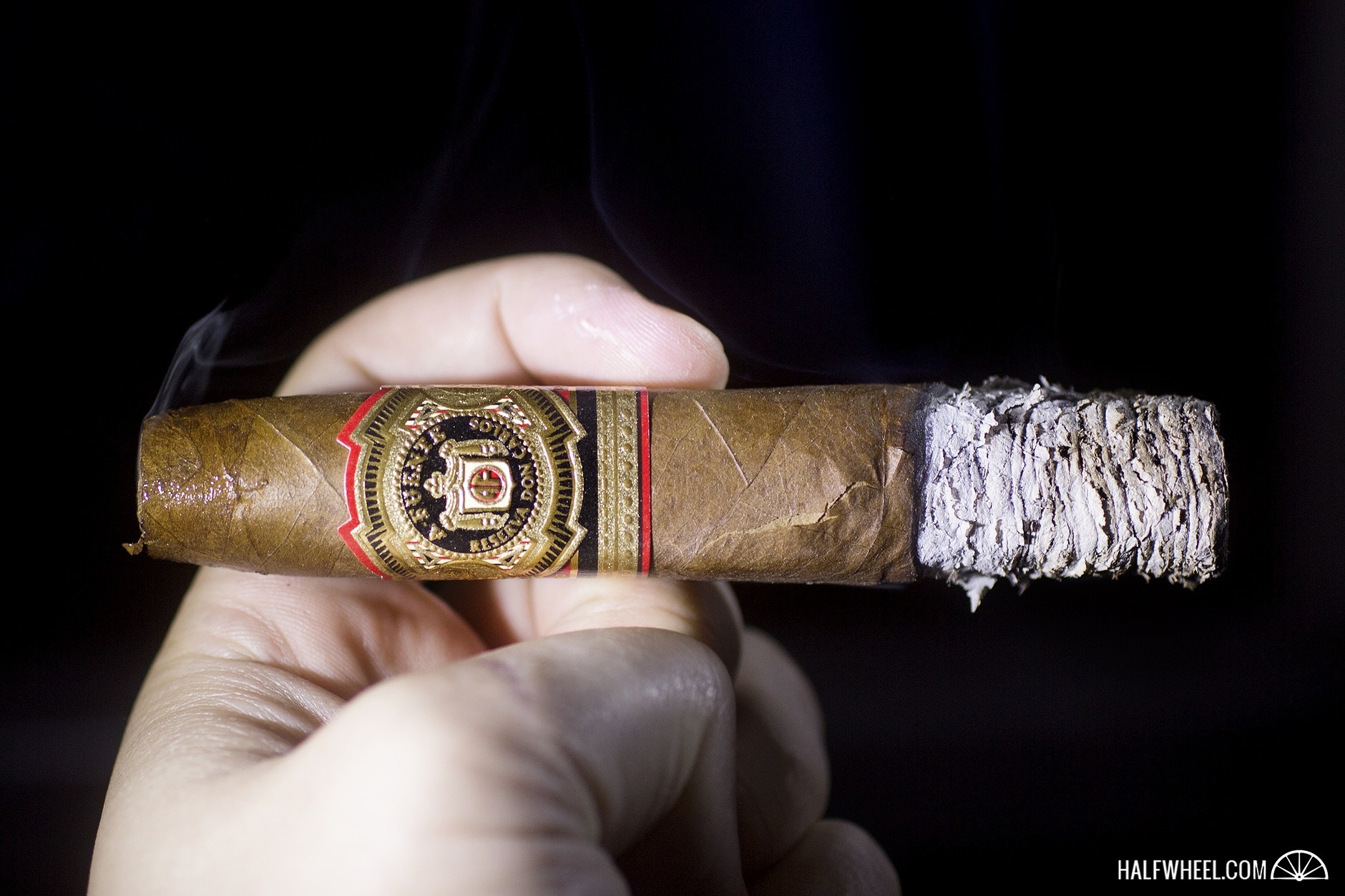 Things get sweeter in the second third with oranges and a creaminess adding themselves into the finish. There’s still gingerbread, along with a leather, and a different from of meatiness: a smoked pork rib-like flavor instead of the poultry from the earlier third. In the nose, there’s a candy cane-like sweetness, something I find from time to time in cigars. Strength, body and flavor all increase to medium-full and construction remains quite good. 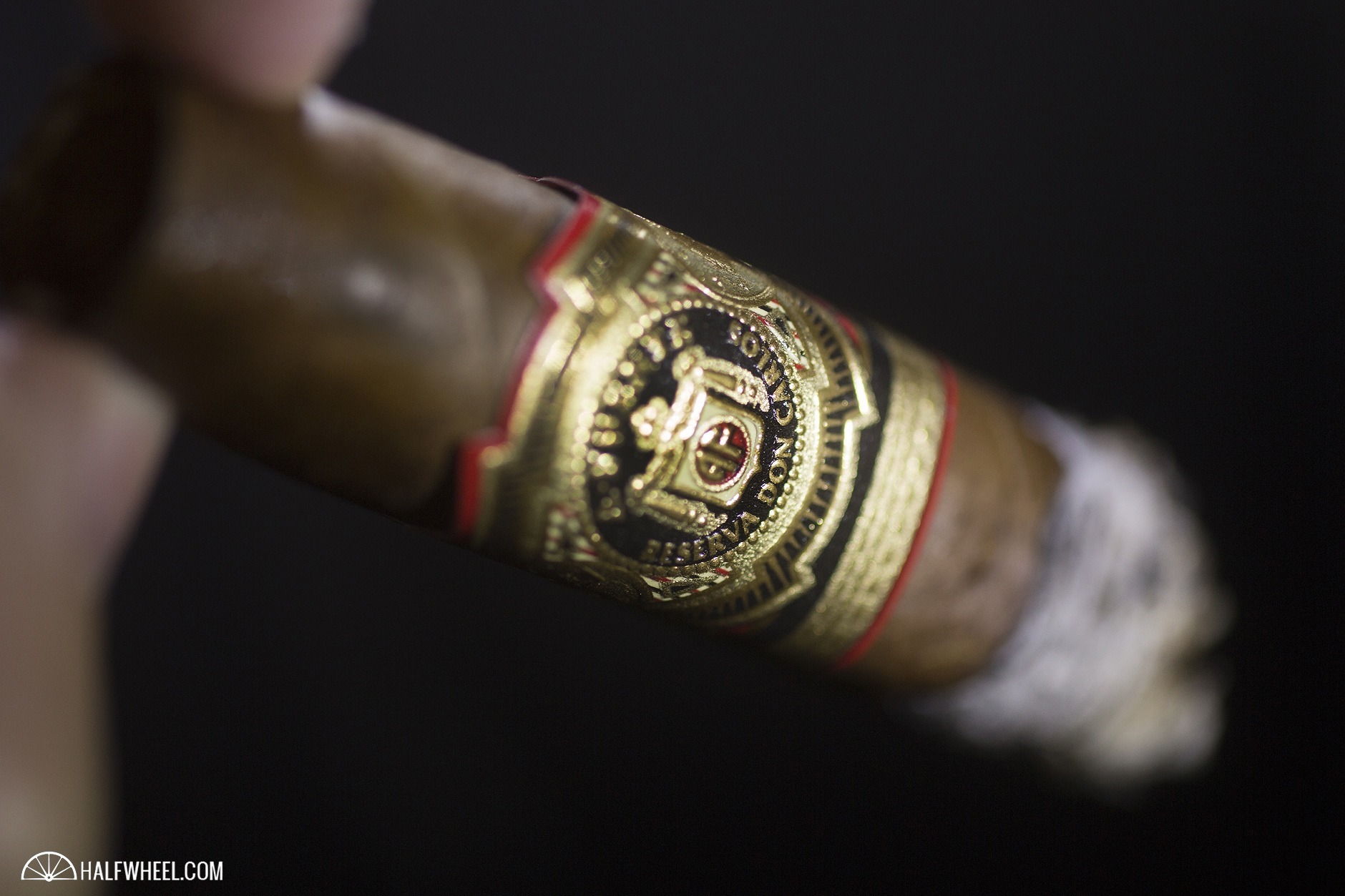 The draw tightens and smoke production begins to fade as the cigar burns down. Some touch-ups from a lighter keep the smoke production going strong, but I try not to use a lighter unless it’s necessary. The flavor loses some of its incredible detail, but it still provides a lot of richness. There’s now a unique mixture of dry cocoa powder and some white bread. It makes more sense with the creaminess behind it and is far preferable to the earthiness behind it. For the first time in the cigar, I manage to find some pepper, although it’s quite mild. 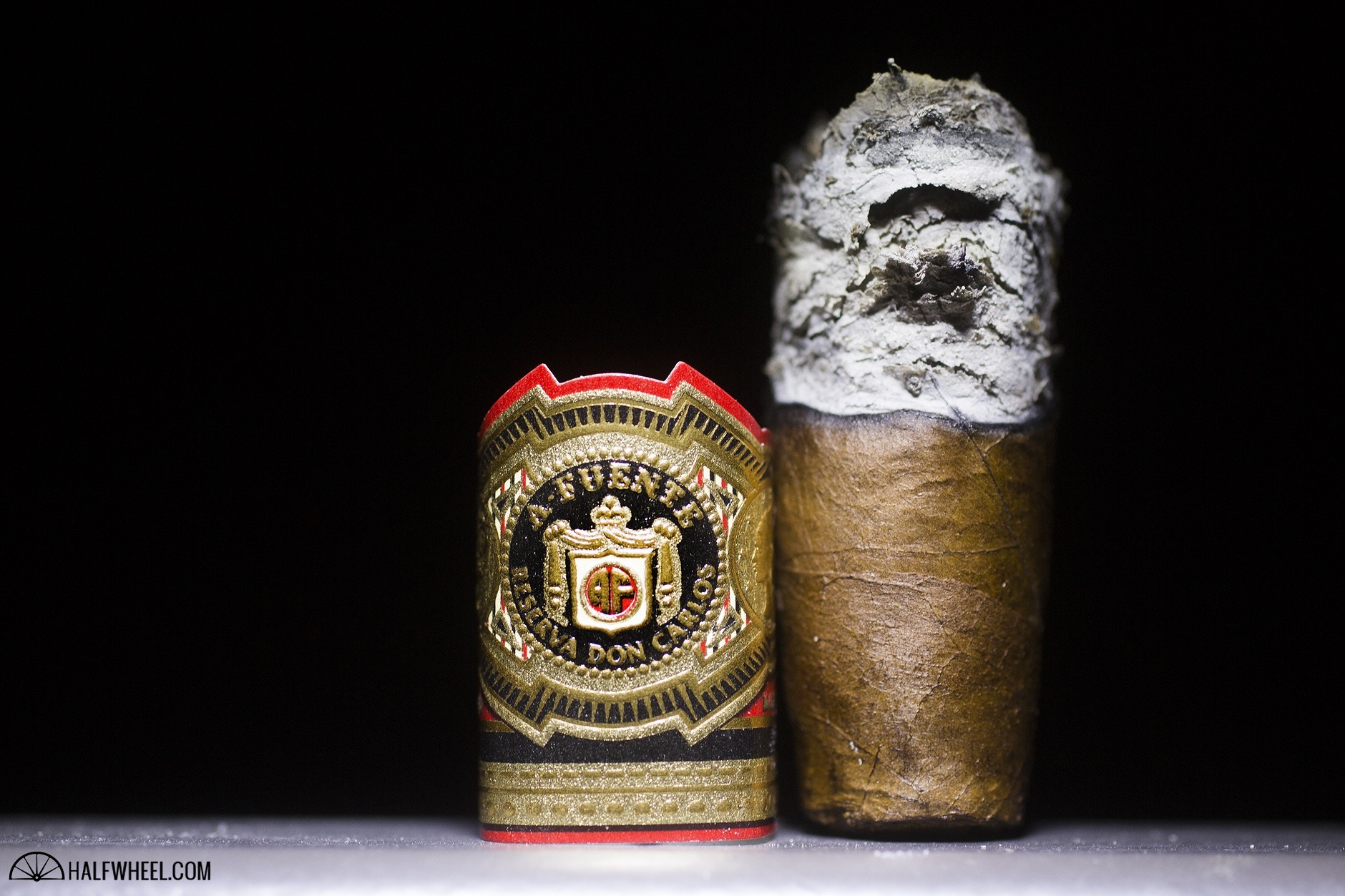 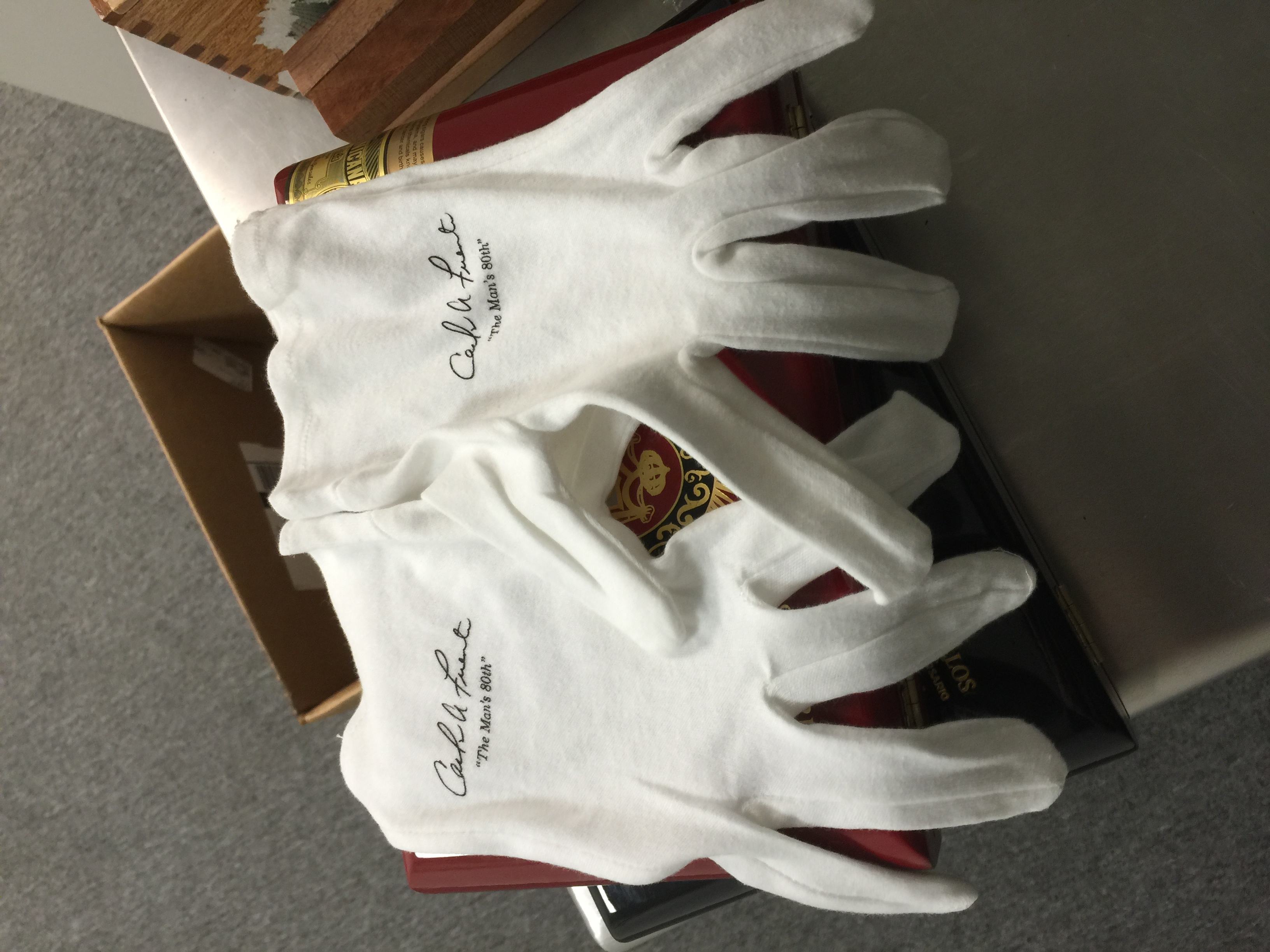 Update (Nov. 2, 2015): Added some clarification about the gloves in the photograph above.