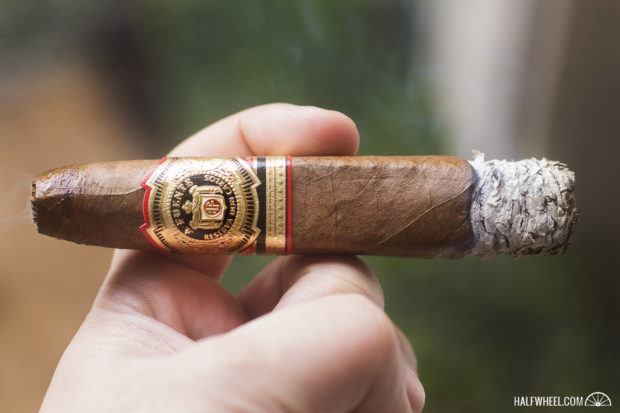 The first release was highly sought after and the company released a second batch around one year later.

Here’s what I said when I reviewed the Eye of the Shark back in October 2015:

Despite my initial comments that I wasn’t optimistic about the aging potential of the Eye of the Shark, I was wanting to smoke another. I took one out of my box from the 2015 release and was greeted by a familiar sight. There’s leather, saltiness and some bittersweet cocoa. The foot has a slightly stronger aroma, though no more than medium-plus, with oatmeal, bittersweet cocoa and dried cranberry—it smells like a Nutri-Grain bar. The cold draw has meatiness, barbecue sauce, oatmeal, a touch of pepper and some more of that Nutri-Grain bar casing.

It starts somewhat dry and earthy, with buttered popcorn and some additional raw butter. It’s very savory thanks to the varying butter flavors, something that continues into the first third. It’s more of an unsalted butter and buttermilk mixture this time around, along with some woodiness. There’s some mild Kit Kat bar-like peanut butter, breads, some sourness, a bit of grittiness. The second third is very much a continuation of the first third, though now with some powdered coffee, a bit of nutmeg, orange peel and a slight increase in sourness. The retrohales are incredible clean, with lots of walnuts hitting the nasal cavity and an odd pepper on the throat. As the Eye of the Shark reaches its conclusion, there’s creaminess, poppy seed, walnuts and a doughy characteristic. At the last inch, there’s a new spice mixture that I can’t really pick out besides saying it’s relatively mild in flavor and much stronger in sensation. 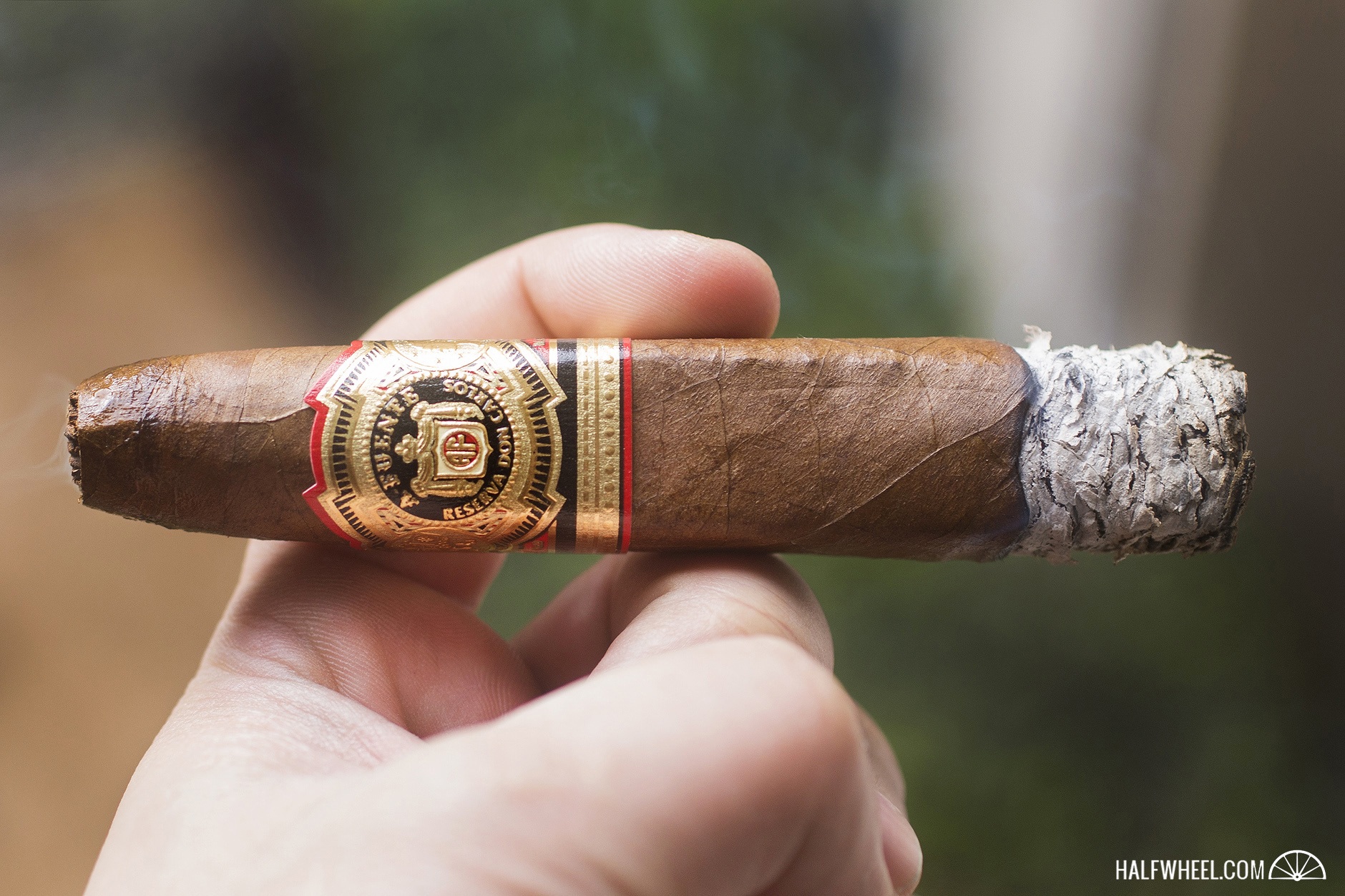 The Eye of the Shark is harmonious. Fuente is known for its bigger, bolder blends—OpusX and an Añejo—but even some of its less potent blends, Magnum R, Chateau, even the regular Don Carlos, have an edge. This—albeit well over a year old—is different. It reminds me much more of Casa Fuente, a symphony of flavors all trying to work around one another. The Eye of the Shark is smoking fantastic right now and I’d highly recommend pulling one out and sitting back to enjoy a nice spring day.