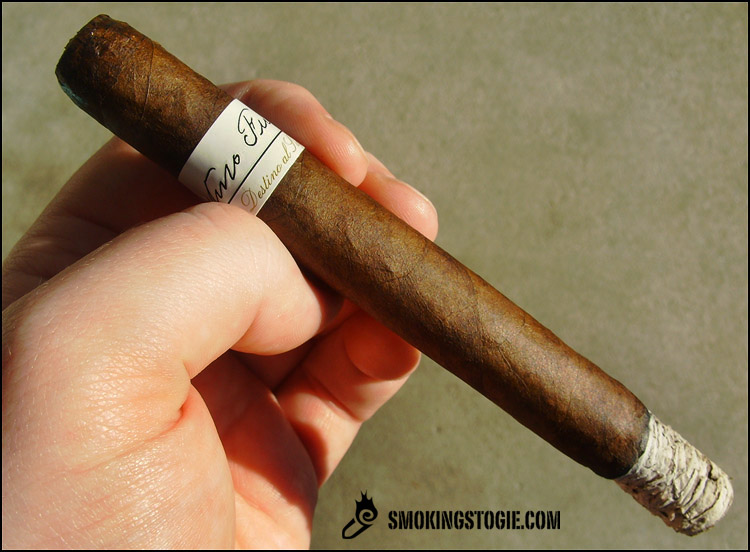 Today we will be looking at quite a rare cigar, the Arturo Fuente Destino Al Siglo 13. This cigar and blend was created to celebrate the 90th anniversary of Tabacalera A. Fuente y Cia in 2002. Unfortunately due to packaging delays the cigars were not released when they were first supposed to be. However, in 2003, 100 boxes of 13 cigars were sold to the first people to put their credit cards down in late 2003. This is a pre-released version of what may become a special anniversary cigar for Arturo Fuente, the name of which will be “Don Arturo Destino al Siglo.”

Finally in 2008 these cigars were released officially as the sun grown half of the Don Arturo Gran AniverXario cigars. Before 2008 and after 2003 when the first 100 boxes of the prerelease version were released you could also find these cigars being handed out at the CFC at 2005, 2006 and 2007 with each cigar band containing the respective year on it.

Currently Casa Fuente also sells these cigars with the signature band on them, but they do not have a date on the back of them. As crazy as it seems with all these different dates and different bands and different releases all of these cigars were rolled at the exact same time spanning eight months in 2001.

Here is some info I found regarding the blend and the idea behind the name of the cigar as well as a list of the breakdown of releases:

The wrapper on these cigars is from an entirely different seed than the famous Opus X Rosado wrapper, grown on the Fuente farm in a special 13 acre plot of land (hence the “13” nickname).These cigars were all rolled at the same time, spanning 8 months or so of 2001. They have not been made since.

Internally, the cigars are referred to as “Project L”, with the “L” standing for Love and Lithography (which should give you an idea of what the final bands will look like). The signature on the band with the actual signature of Arturo Fuente (who founded the Fuente cigar company), taken from his immigration signature.

There are five banded variants of these cigars: 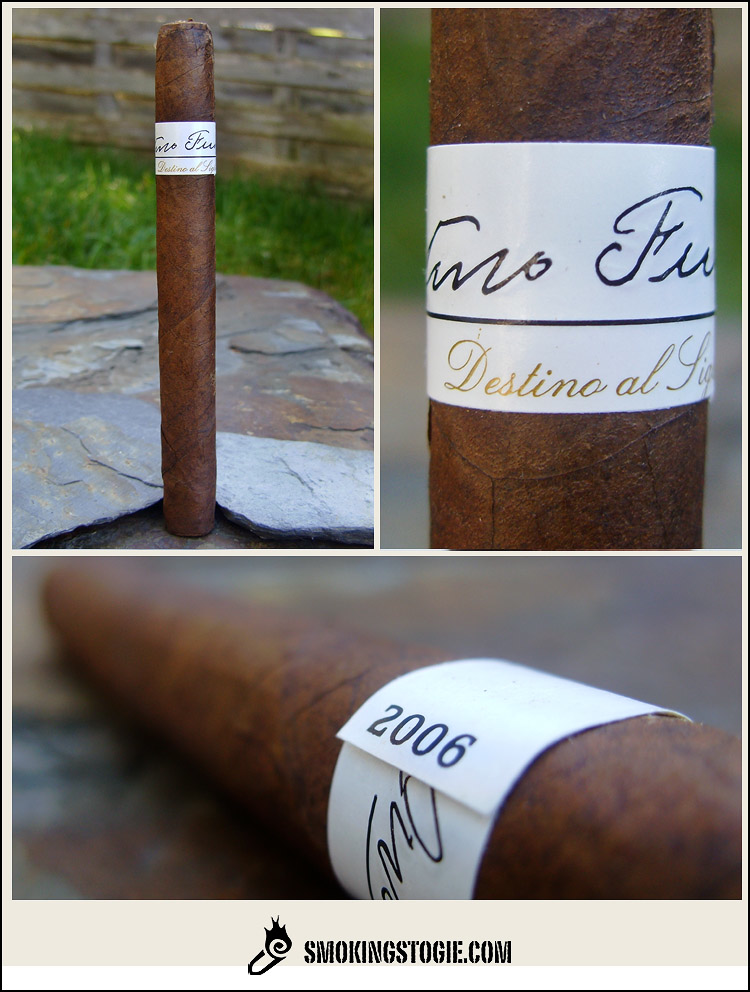 The cigar sports a very dark sun grown wrapper with some veins and a tight seamless wrap. It has what looks like a single cap but it’s very hard to tell, the cap looks almost uniform with the wrapper. The cigar is very firm and feels like it’s packed very tight. It’s also a bit box-pressed on the bottom side, it feels flat like if this came in a dress box it would have been on the bottom layer. Not sure how these specific ones handed out at the CFC were boxes or stored but it appears it’s been altered in some way by the way it was sitting.

The prelight aroma is full of chocolate and cinnamon with a touch of pepper. The cinnamon is quite strong; very OpusX-like. The prelight draw is very earthy, it tastes like what wet earth and grass smells like. There is also a hint of that cinnamon note as well as a touch of cedar. A very decent pre light and im looking forward to lighting this up.

Starting off in the first third the cigar is very peppery. Not a tingling pepper spice but more of a black pepper taste. The cigar is quite bitter and dry for the first inch but then the cigar opens up a bit to some more enjoyable flavors. The profile turns a touch creamier and I detect a distinct wood flavor as well as a bit of leather. The finish is incredible short. There is almost no finish at all and it’s very dry. The burn however is perfect as well as the draw.

Coming into the second third the pepper note has completely left as well as most of the other noticeable flavors. All I am left with is a mild tobacco flavor and a slight touch of wood. I am really struggling to get any kind of flavor out of this cigar at this point. Its very mild bodied and has almost no strength at all, very disappointing so far. 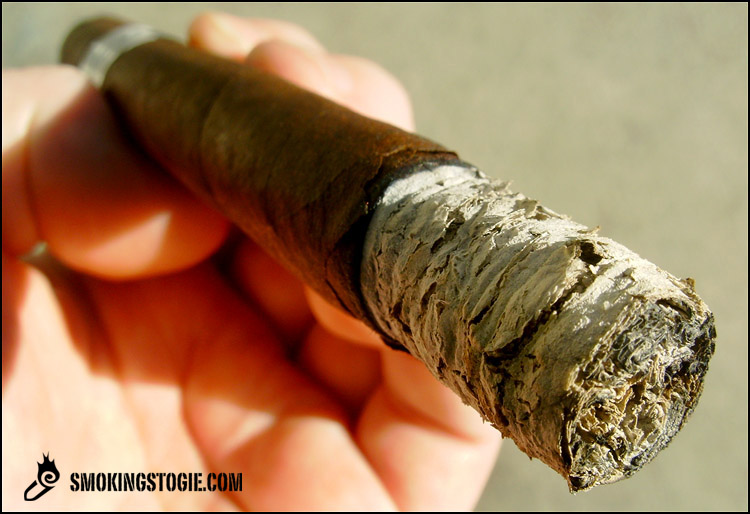 Finishing up in the final third the cigar has just completely failed at exciting me. There is just absolutely no flavor here to speak of except a very mild tobacco note and a touch of wood. It literally feels like I am just smoking hot air. The only positive aspect to speak of is the draw and the burn which have been absolutely perfect. Unfortunately in this case that is not nearly enough. Towards the nub the cigar got very bitter and I struggled to nub it. The only reason I do is that I like to get a nub shot. 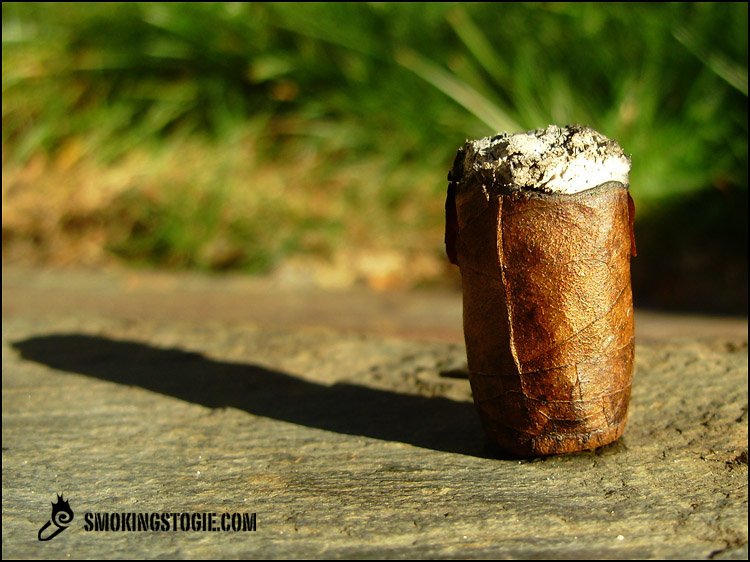 "Horrible." That is really the one word to describe the bottom line here. The thing I find myself thinking is, “Man I can’t believe people pay $125 for these at Casa Fuente.” I certainly didn’t pay that much for this cigar, but I paid quite a bit regardless. This is one serious dog rocket and I wouldn’t wish it on my worst enemy. Honestly, the only thing that saved it from being an even lower score was the amazing prelight notes, and the astounding construction, burn and draw. I would love to hear some feedback of others that have smoked this cigar. Until then, please don’t waste your money on this.