Today we will be taking a look at a brand new line extension release from the Arturo Fuente Añejo line, The Añejo No. 60. In case you were unfamiliar with the Añejo line here is some basic info on the line and how it came to be.

In the late 1990s Hurricane George swept through the Caribbean Sea leaving mass destruction in its path including the Dominican Republic and with it the Fuente’s Chateau de la Fuente tobacco farm. In case you didn’t know this farm is where the Fuentes grow their prized Fuente Fuente OpusX sun grown wrapper leaf. A few years later as a result of the storm they came upon a shortage of wrapper leaf for their OpusX cigars. Instead of halting production Carlos Fuente Jr. decided to wrap the cigars in an aged Connecticut broadleaf wrapper as opposed to the traditional sun grown wrapper and the Añejo was brought to life.

Released only during Christmas and Father’s Day, the Añejo uses a blend similar to the Fuente Fuente OpusX cigar but sports a five-year-old Connecticut broadleaf wrapper that has been aged in cognac barrels. This simple act of changing the wrapper creates an entirely different tasting cigar.

Currently there are seven vitolas in the Añejo line. 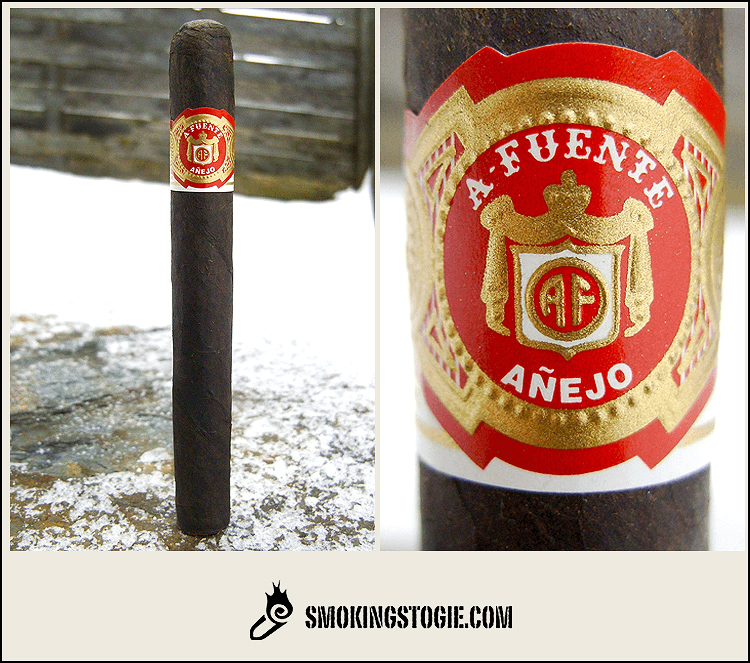 Adding to the line this year is the Añejo No. 60, a 6 1/4 x 48 size cigar that looks everything Añejo as the rest of them. It sports a jet black Connecticut broadleaf wrapper and feels hard as a rock. The cigar is rolled quite well with a seamless wrap and few veins. There isn’t as much of an oily sheen to this particular one as I have seen in some of the other vitolas, still a beautiful cigar though. Pre-light aroma is woody with lots of chocolate and a spicy tingle is felt through my nose. The cold draw is nice and sweet, a very rich tobacco flavor with notes of cinnamon and licorice.

Starting off in the first third the cigar has a distinct spicy flavor, not a tingling sensation but more of a solid spice flavor. It reminds me of a taco seasoning without the heat. There are notes of cedar, dark chocolate, coffee and a bit of a pepper kick on the finish. All in all, it’s a much more mellow start that I anticipated. The finish is long. 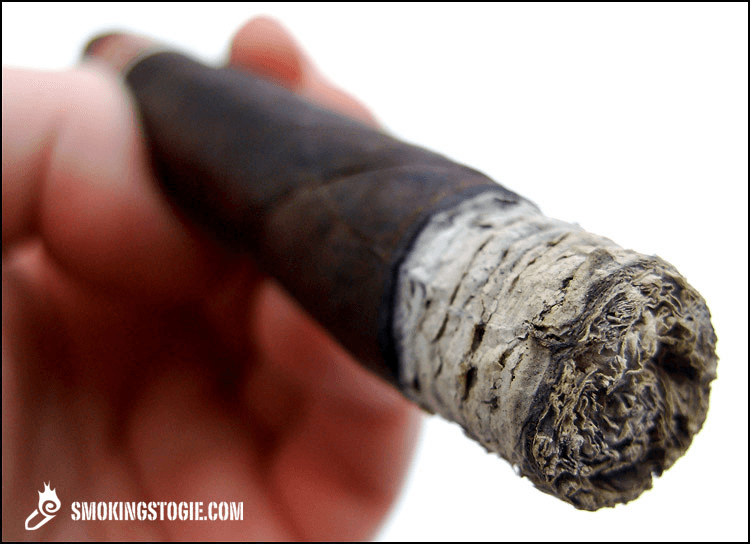 Coming into the second third, the cedar turns into a deeper wood flavor. There are hints of leather and chocolate coming in and out and the coffee has turned to a more espresso type flavor with hints of bitterness. There is a peppery tingle on the finish that is quite nice. 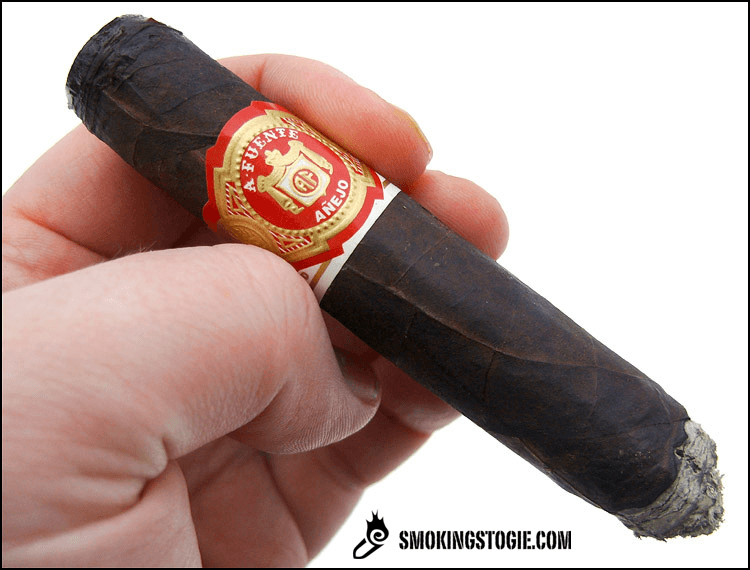 Finishing up in the final third the cigar doesn’t change much, still a solid wood profile with dark chocolate, leather, espresso and a peppery finish. The burn gets a little wavy and the cigar went out on me a bit towards the end if you didn’t puff on it enough but otherwise a nice enough end to a solid cigar. 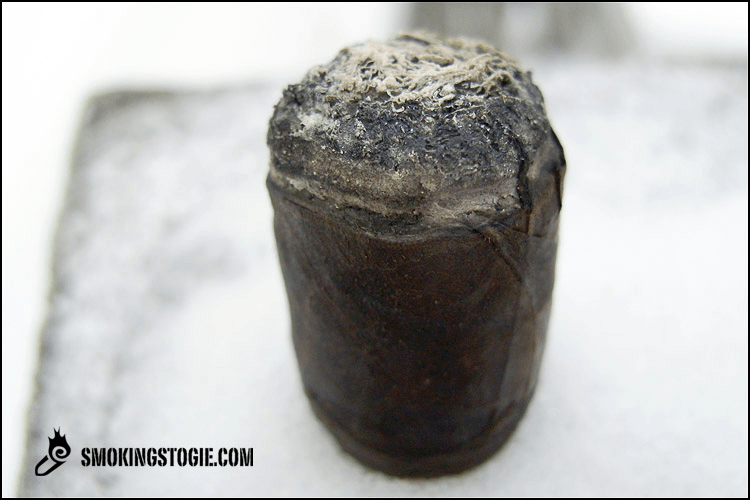 If you can find these at MSRP or just a bit over I would pick some up if for nothing more than to age because Añejos are fun to age, and they truly get better and better year after year. Even if you don’t have the patience they are still a solid cigar to smoke young. They often have great construction and have a consistent profile full of deep earthy flavors with a nice spice and pepper kick. That’s never a bad thing.