Heading that list was Archetype, a collection of five cigars with several sizes in each line that come from three different factories.

The line is inspired by the work of psychologist Dr. Carl Jung, who wrote about the concept of archetypes, and the writings of mythographer Joseph Campbell who applied them to the idea of “a hero’s journey,” which is often found in storytelling, and defined ‘archetypes’ as the constantly repeating characters who occur in the dreams of all people and the myths of all cultures.

“Campbell discovered through his study of world myths that the ‘hero’s journey’ is a common storytelling arc that has been retold in infinite variations since time began,” said Jason Carignan, the company’s chief marketing officer, in a press release. “Cigar smoking is really no different; we gather and we weave our tales as we share a couple of sticks and a glass of fine whiskey.”

The line is split into two groups, Series A, which is being produced at Oettinger Davidoff AG’s Occidental Cigar Factory in the Dominican Republic and Diadema Cigars de Honduras S.A., factory in Honduras, and Series B, which comes from Drew Estate’s La Gran Fabrica Drew Estate in Estelí, Nicaragua.

Series A is made up of Dreamstate, Sage Advice and Strange Passage, with the first two produced in the D.R. and the third in Honduras. Series B offers two cigars, Initiation and Axis Mundi, and is only available to Ventura’s VSR accounts.

Strange Passage offers a blend of an Ecuadorian habano wrapper, Honduran corojo binder and an undisclosed, multi-country blend of filler tobaccos, which the company says is “a multi-dimensional, full-bodied flavor profile” with notes of roasted coffee, aged wood, earthy fruit and spice on the finish. It is made at the Diadema Cigars de Honduras S.A., factory and is offered in three box-pressed sizes.

Here’s what I said about the Archetype Strange Passage Robusto when I reviewed it in September 2016:

While there might be some hope that time will rectify the issues that the Archetype Strange Passage Robusto currently shows, I can’t say that I necessarily see it happening. Both the flavor and combustion need some significant improvement, two things that should have been taken care of long before the cigar ever reached a consumer. The harshness is almost inexcusable, and the burn issues are an unfortunate add-on to the flavor problems. It will almost certainly get revisited for a redux in a year or so; hopefully that time will help the Archetype Strange Passage show what it truly has to offer, because right now it is showing a profile and performance that needs to be avoided. 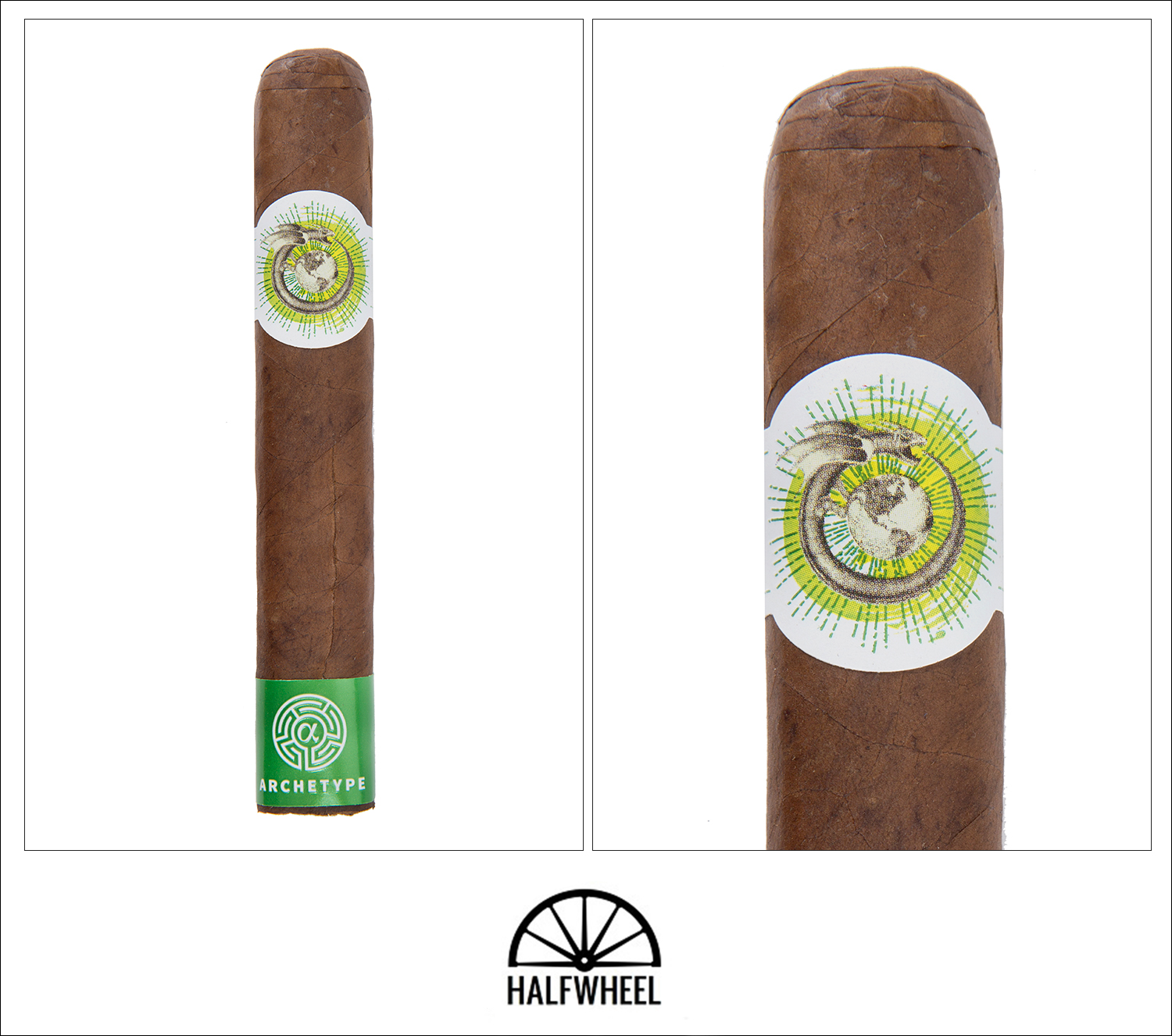 The Archetype Strange Passage Robusto has that “candy bar” look that so often gets applied to box-pressed cigars; it’s a good press that has held its shape well, with a standard cap that rounds well to provide clean visual lines. The wrapper is a slightly darker than medium shade of brown, even in color, and with an extensive network of veins that zig and zag seemingly in every direction, yet I’d be challenged to find the seam lines on the leaf. It’s fairly firm, though a bit more pillowy when squeezing from front to back. The foot of the Strange Passage offers a light and slightly sweetness aroma that I can’t pin down to a specific term, as there’s a bit of wheat bread, sweet woods, and even a slight floral note that has me thinking of Champagne of sparkling wine for a brief moment. The cold draw is quite open, with the flavors rooted in the same place as the aroma but much more vibrant and the wheat bread standing out in particular.

I’m not quite sure what to make of the first puffs of the Archetype Strange Passage Robusto; the profile is somewhat familiar with pepper, a bit of earth, thick wheat bread, and even a bit of woods and bark, yet the finish has a slightly sour edge that overtakes the tongue. Some early retrohales are full in the nose and thankfully a bit cleaner as they impart a tingling sensation to the nostrils. The flavor improves steadily through the first third, picking up touches of vanilla, orange, and cream, with just a slight amount of pepper present. It’s an improvement from where the cigar started, and from what I can recall of my original experience with the cigar, a much better profile. There’s a bit of tangy bite to be found in the profile at times, though it’s fairly pleasant on the palate, almost as if a sauce with a bit of red chili pepper has been added, yet the core stays the same—if you’ve ever had an Orange Julius at a shopping mall, that’s pretty much the flavor to which I keep drawing comparisons. Even with a slightly open draw, the combustion has generally been very good, the burn line even and decent smoke production. With not much in the way of pepper, I’m inclined to peg the cigar at medium-minus in strength through the first half, though it’s not lacking in flavor at all. 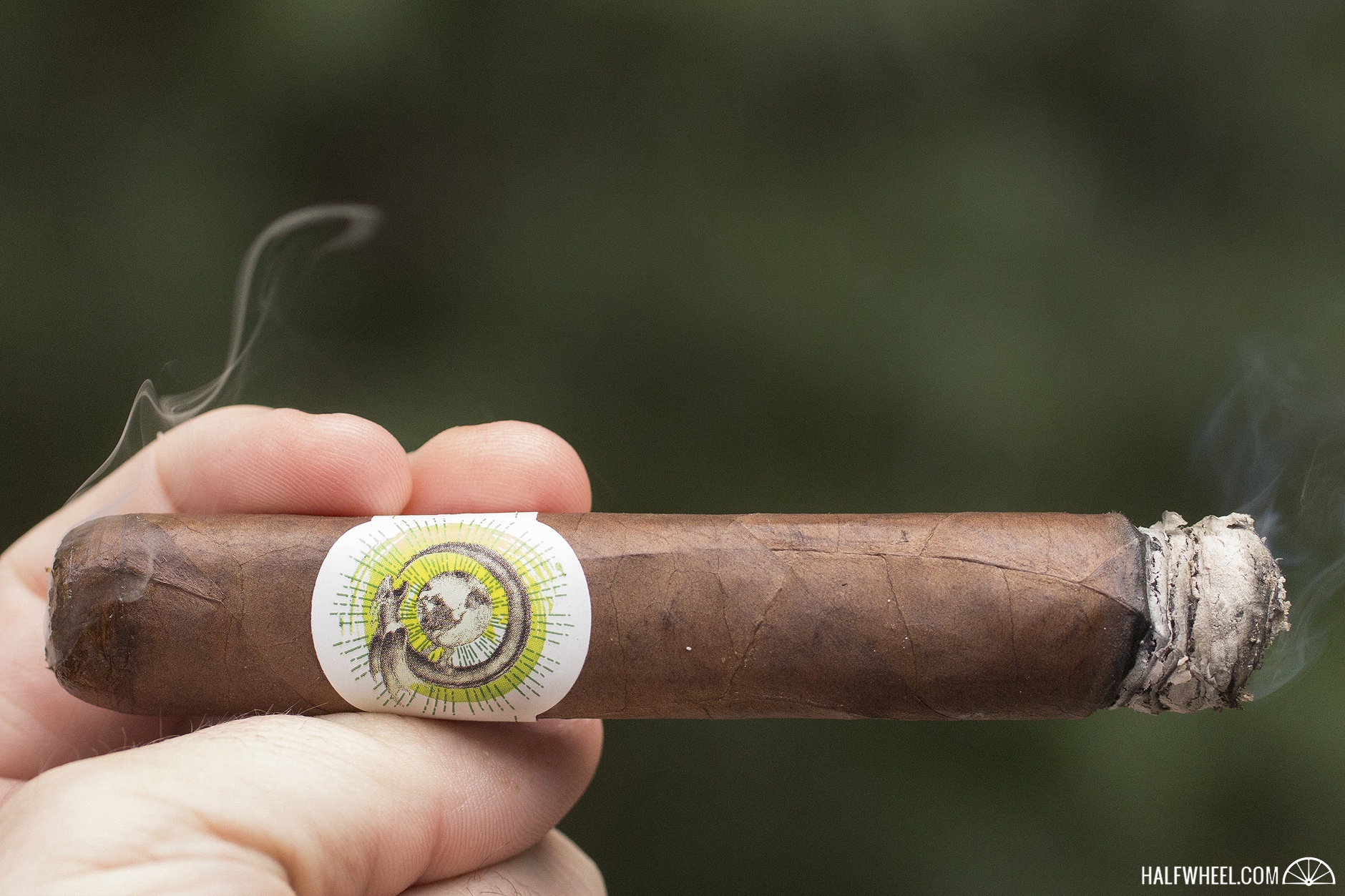 Of course, as soon as I give the combustion a bit of praise and knock some ash off to start the second half, the cigar needs a touch-up to get it back to full combustion. The flavor doesn’t change much, and if anything seems to become a bit lighter on the palate and led even more by the orange note, with pepper held to minimal impact in the profile. While it didn’t seem to be an issue in the first third, there’s definitely the need for a bit more frequent puffing emerging in the second third, as the smoke production drifts off quite a bit when the cigar is left to rest for more than about 30 seconds. As the second third begins to eye its close and the start of the final section, the cigar picks up a bit more pepper and the sweetness begins to fade, leaving an enjoyable creaminess as the base of the transition. By the time the final third is underway in earnest, both the sweetness and creaminess are gone, and the profile is now much more pepper-driven, a change that I can’t say is all for the better, unless you’re purely in the mood for a transition. The flavor gets a bit rougher on the palate as rocky earth emerges to double up on the pepper, and where the flavor had been coating the tongue, it now cuts into it. B issues continue as the wrapper struggles to combust evenly, creating an unattractive cigar. There is a bit of a return to sweetness in the final inch, almost as if it sensed it needed to in order to salvage its score and impression, though it’s barely enough to distract from the previous section and its impact. It finishes just shy of full in terms of strength, body, and flavor after nearly two hours of smoking time.

Time has certainly been good to certain parts of the Archetype Strange Passage Robusto, particularly the second third where the cigar is light, sweet, creamy, and downright delectable at times. While most of the rougher spots have been smoothed over, the introductory puffs remain a head-scratcher and the final third's evolution from sweet and creamy into peppery and robust with a nicotine kick didn't leave the kind of taste in my mouth or impression in my mind that I'd hoped the cigar would have delivered. This is now the kind of cigar I will have some good memories of in terms of its better spots, yet the overall impression still leaves a good bit to be desired.