At this year’s IPCPR Convention & Trade Show, Ventura Cigar Co. expanded its Archetype series with a trio of cigars under the Fantasy Miniseries name: Cloaks, Crystals and Curses. Each cigar is a 5 x 50 robusto, has an MSRP of $9, comes in 20-count boxes and is made by Oliva Cigar Co. in Nicaragua. What is different are the blends. Additionally, the cigars have similar art designs, though the pattern is different on each box and the gigantic foot bands that cover over half of the cigar. The designs draw off the overarching branding of the Archetype line, which was launched in 2016 and inspired by the musings of Carl Jung and Joseph Campbell over the recurring characters and themes in a hero’s journey, according to a statement by the company. 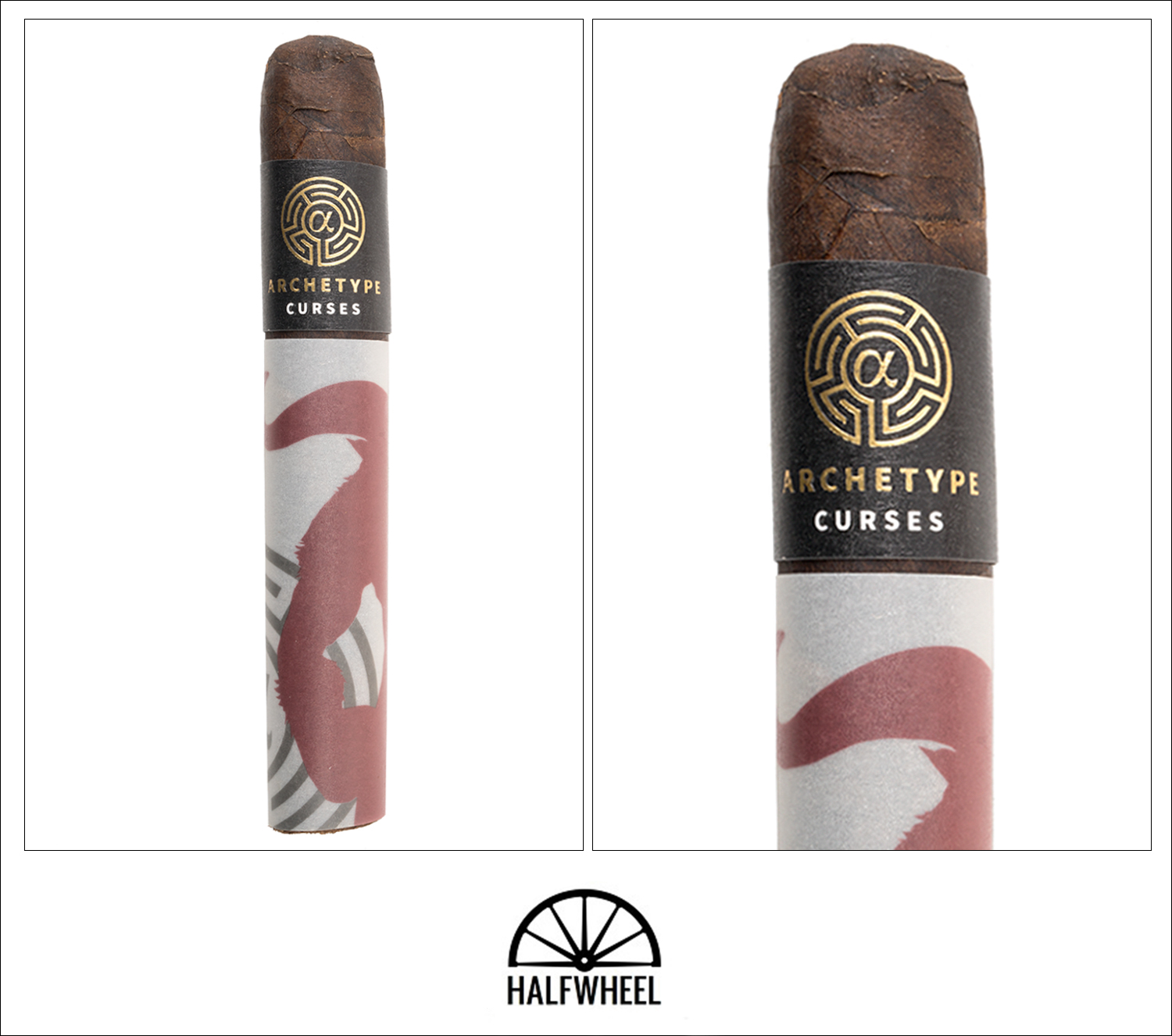 Thanks to a massive foot band, very little of the cigar’s dark wrapper is visible. Once the paper is removed, I begin to pick up raisins, leather and a bit of acidity, right above medium on my internal intensity scale. The foot of the Curses is sweeter thanks to a Fig Newton character, which sits on top of sweet chocolate, leather and some raisins. It reminds me that the next time I try to make mole, I want to add Fig Newtons, but that’s a different story for a different blog. While it doesn’t taste like I’m eating a Fig Newton, that unique flavor is most notable part of the cold draw, in front of some burnt butter, apples, soy sauce and a bit of a barnyard flavor. Intensity-wise it’s right in the middle of a medium-plus aroma and a full-flavored foot.

The first few puffs provide a Pringles-like potato chip flavor, creaminess and a damp leaves-type earthiness. That being said, it’s quite clear there’s pepper coming, and just a few puffs later that pepper is present and increasing in prevalence with every puff. It’s not on the initial smoke that hits my tongue—that’s still a mixture of Pringles and earthiness—but red and black pepper sit on the tongue for minutes into the finish. That means, when I take a puff, I’m still tasting the pepper from the previous puffs. Retrohales have some of the pepper, but much of the time there’s sweet butterscotch and grapefruit. Finishes after the retrohale provide white pepper, minerals and burnt coffee. Flavor is medium-full, body is full and strength is full. My lighter is in constant use as it rarely seems like the Curses wants to stay entirely lit, though when the cigar is fully lit, the smoke production is copious. On two samples, the pepper continues to increase in intensity, getting to points that are well beyond the level of burning that I’d ever want in a cigar, but then—right before the halfway point—the pepper virtually disappears. In its place, I’m left with a mixture of burnt chocolate chip cookies, cinnamon, wet leaves and a lot of Worcestershire sauce. I think it’s safe to say that my palate isn’t operating at 100 percent by this point of the cigar, so while I do feel like I’m missing flavors, the Archetype Curses is now an enjoyable cigar. Retrohales are smooth with butter, Worcestershire sauce and a bit of a French onion soup vibe. Flavor is medium-full, body is full and strength is full. Unfortunately, my lighter continues to be needed—particularly in the early half of the second third—as the cigar struggles to stay fully lit. The progression of a much smoother profile continues into the final third of the Archetype Curses. For a cigar that had way too much pepper in the first third, there’s none to be found in this section on two of three samples. Even when the pepper is present on the third sample, it’s mostly overwhelmed by the other flavors. Worcestershire sauce continues to be the star of the show with burnt toast, peanut butter and rock salt behind it. A generic creaminess emerges at around an inch, taking the place of the peanut butter. Retrohales are a mixture of creaminess, white pepper, minerals and some cocktail bitter flavors. It reminds me more of a Manhattan than anything else, though the sweetness isn’t consistent enough to fully replicate the experience. Flavor is full, body is full and strength is medium-full. Not only would I describe the final third as the best tasting of the trio, but it’s also the best burning of the Curses’ three thirds. I still have to make a touch-up on two of the three samples, but it’s nowhere near the levels that I was doing in the first third. While the score will inevitably not show this, I actually think the Archetype Curses is a pretty good cigar. The problem as far as the score is concerned is the burn, particularly in the first two thirds of the cigar where touch-ups were happening nearly every 10 minutes. As far as my own thoughts are concerned, the largest problem was the pepper. In two out of three samples, pepper in the first third was well beyond the limits of enjoyment. The good news is that the cigar finishes a lot better than it starts. I think some time in the humidor could calm down the pepper enough for me to give a confident recommendation, but that’s not the case right now.