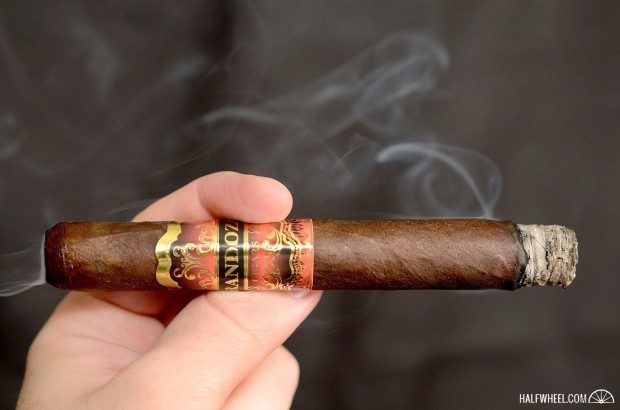 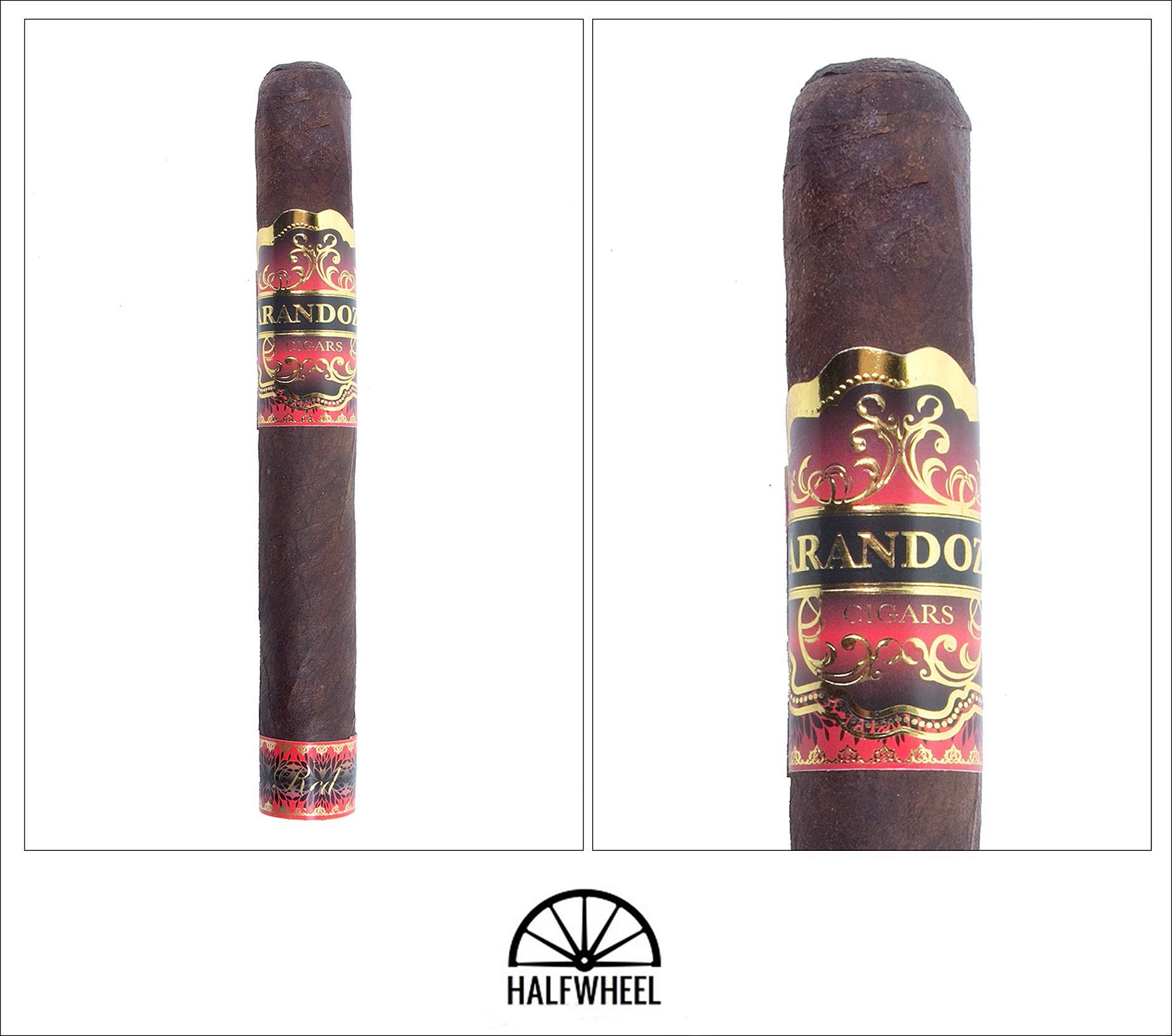 The dark chocolate brown wrapper of the Arandoza Red is slightly rough and a little oily, but looks very consistent and even. The red, gold and black band really pops against the dark wrapper. Giving the cigar a gentle squeeze I see it’s firm with just a little bit of give. The aroma off wrapper is an intoxicating and intricate mix of sweet tobacco, chocolate and spice. The cold draw on the other hand, isn’t nearly as complex or bold as the wrapper with just a more singular sweet tobacco note and only the slightest hint of cocoa.

Starting into the first third there is a rich spice note, a nuttiness and a rich deep earth note giving the cigar a very bold profile right away. Interestingly enough, while bold, there is almost no pepper that I can detect. A dry cocoa note is added to the mix which pairs nicely with the rest. Draw is right in the middle of ideal and the burn line is pretty sharp with only a slight bit of waviness. The dark gray ash is speckled with bright white mixed in and holds to a little over an inch before I let it drop in the ashtray. The rich earthy profile continues as before without much change, which I’m happy to see isn’t fading. 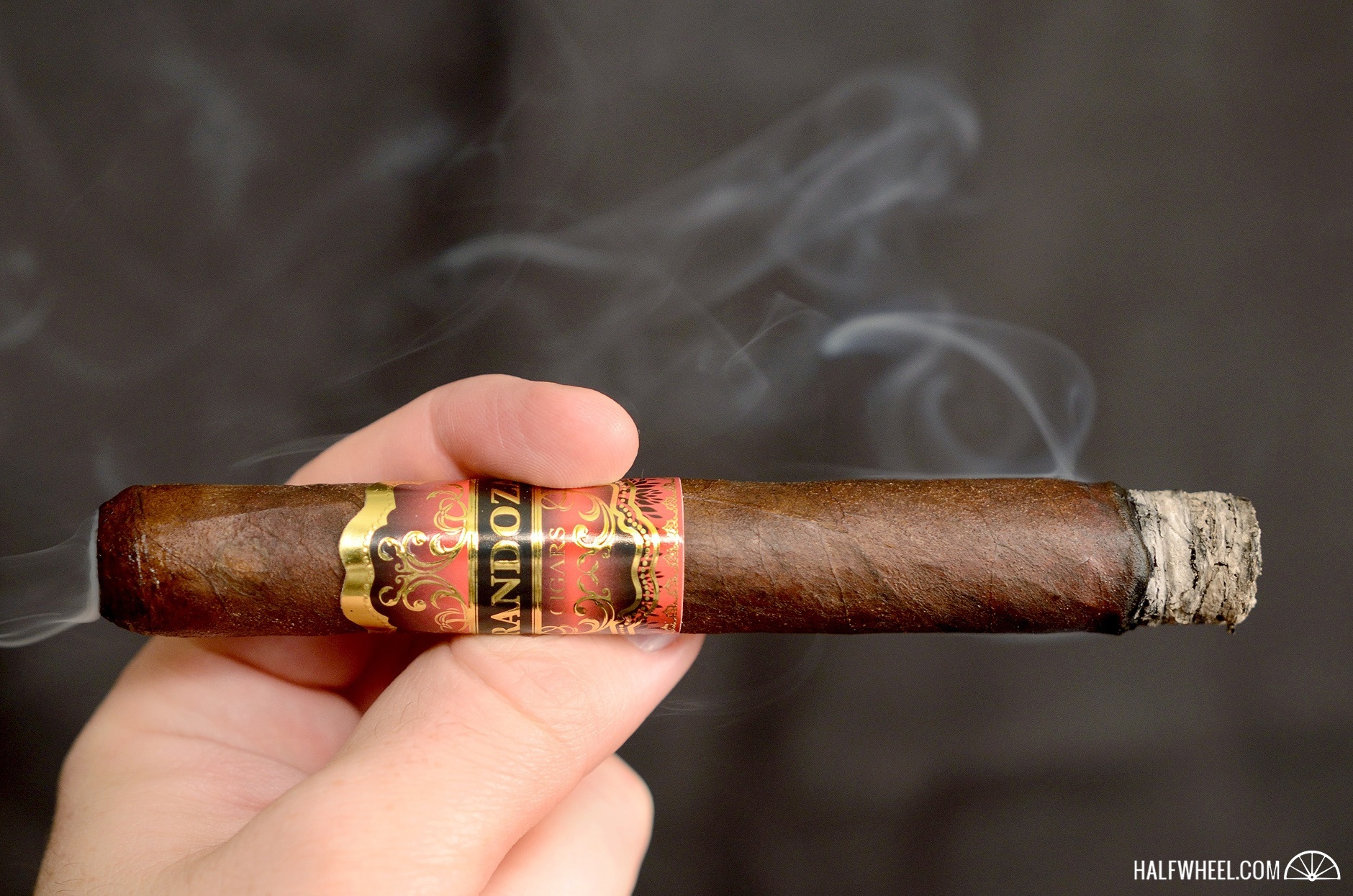 The second third sees more of the same flavors, but has become slightly less bold and a little more smooth and creamy. The spice, nuttiness and rich earth are still at about the same level, however the cocoa has turned into a creamy chocolate note. While the burn isn’t horribly off, it has needed a number of tiny touch ups here and there. Only about halfway through the cigar the nicotine is really starting to show its hand, putting the cigar easily into the medium full category with no signs of letting up. A sweet cedar note has developed, sticking to the overall earthy theme. The chocolate and spice has faded somewhat though the rich earth and nuttiness are still towards the forefront. 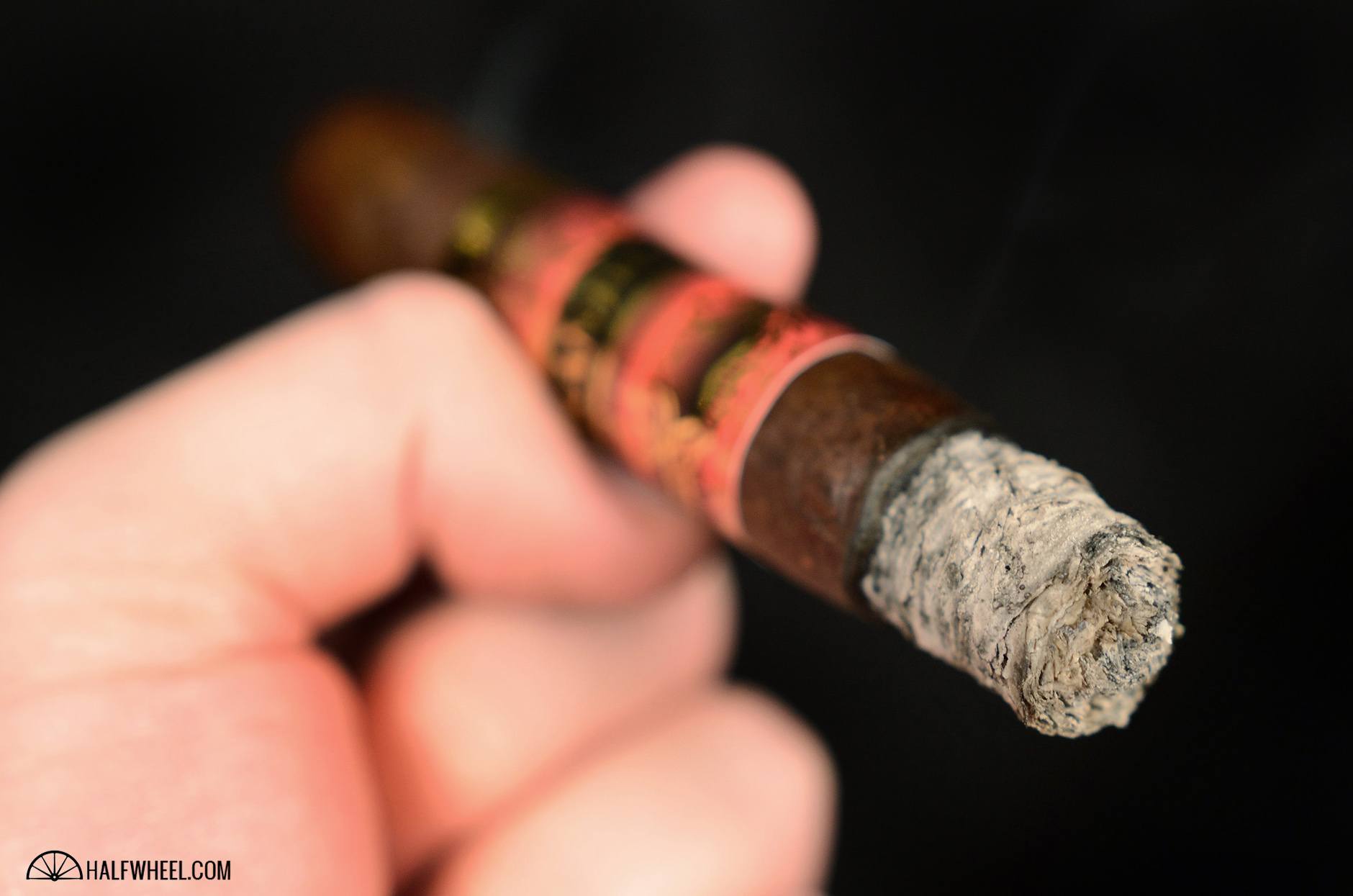 The final third continues to build in strength while the profile has become less bold. Cedar, earth and nuttiness are still there, though the chocolate and spice are almost nonexistent at this point. The cigar has also opened up a little bit and billows smoke with each draw. The burn continues to require small touch ups at a fairly consistent rate. Smoking the cigar down to the last inch it continues to be smooth and doesn’t get hot or harsh at all, allowing the flavors to shine through all the way to the end. Having never tried any of the other Arandoza cigars I was able to go into this review with a clean slate. Right away the Red Label blend blew me away with a very rich and bold profile. Unfortunately that bold profile faded somewhat throughout the cigar, though it did develop some new and enjoyable notes as well. The fairly consistent need to touch up the cigar got a little annoying, though babysitting it did allow for the profile to shine since the burn never really affected the flavors. These samples easily got me excited about the brand and make me want to seek out their other lines. As for the Red Label, they’ll be on my watch list once they start hitting the shelves after the tradeshow and I can recommend you do the same.