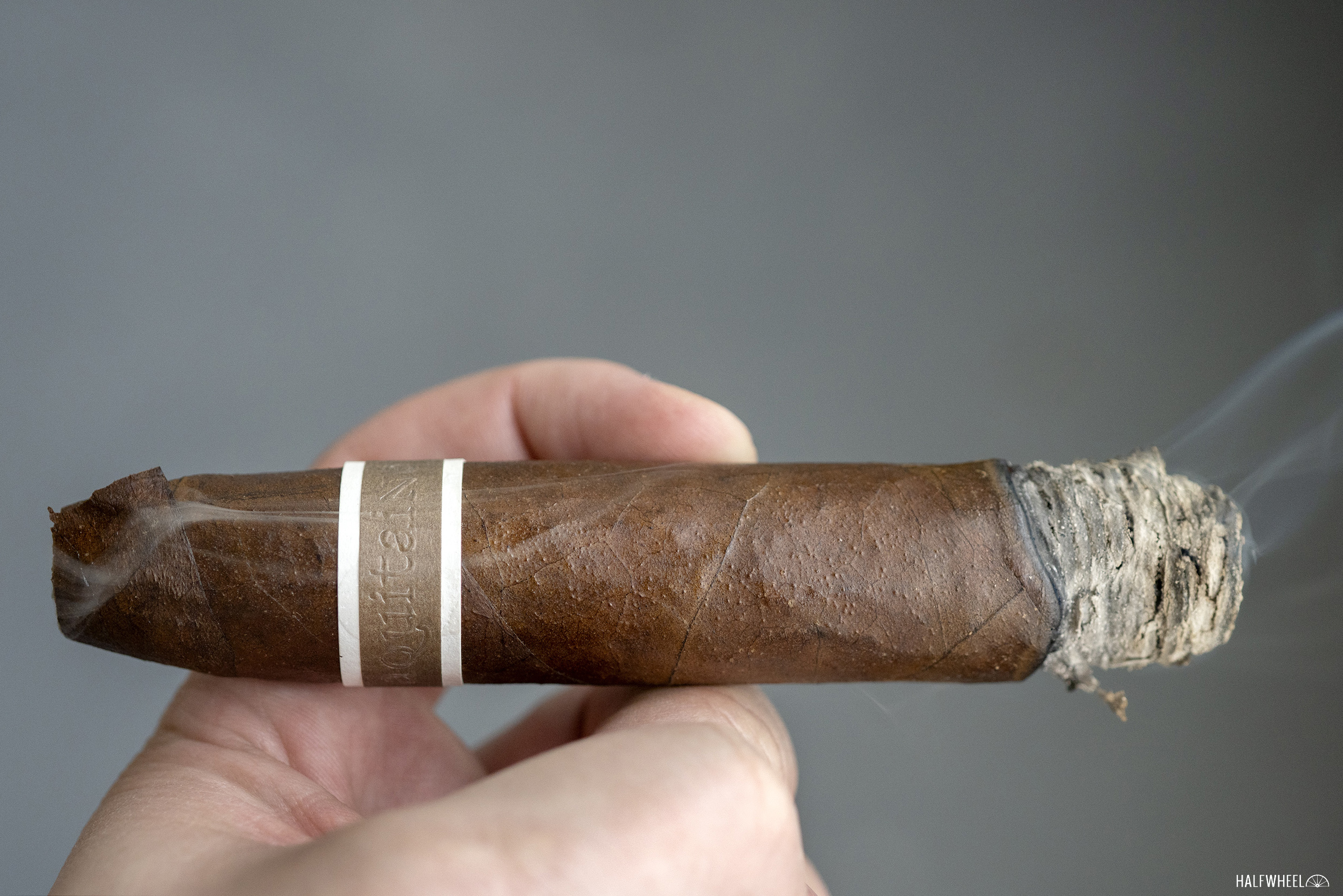 Late in 2019, Skip Martin of RoMa Craft Tobac began posting pictures of the company’s eight blends in a 5 5/8 x 60 perfecto size. After a bit of teasing, Martin announced that the company was planning on releasing the cigars in 2020 in celebration of RoMa Craft’s 10th anniversary.

As it has done many times before, the cigars would be sold in a sampler—called El Catador de Los Gran Perfectos—which contained one of each cigar. 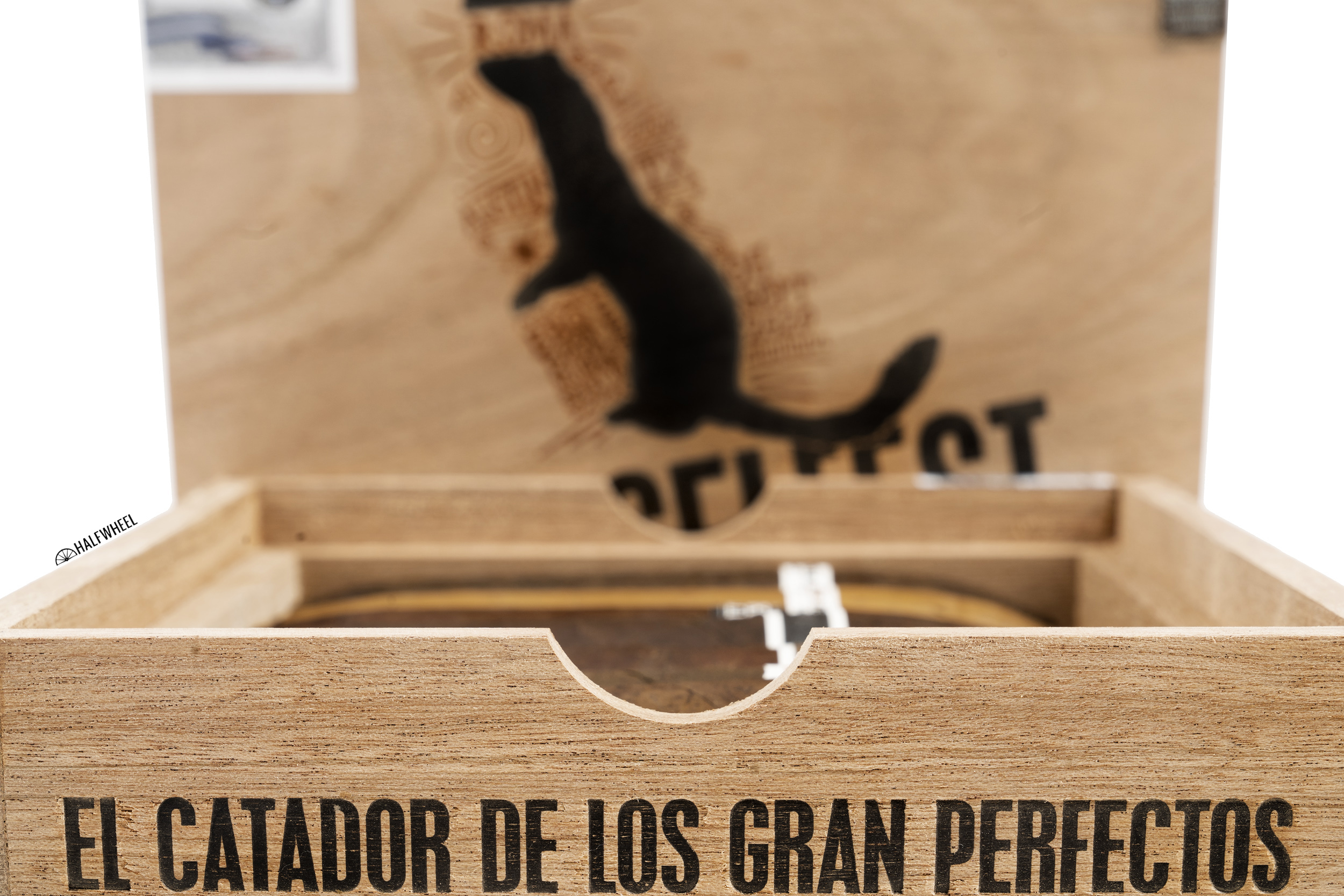 The main differences between the first four El Catador samplers and this one were that there would be eight different blends and that the cigars wouldn’t be sold without a ticket to an event.

Instead, RoMa Craft Tobac announced an event called WeaselFest, scheduled to take place outside the company’s headquarters in Austin on Sept. 5.

General admission tickets were $250 and included:

Those 350 general admission tickets and 50 VIP tickets quickly sold out. Those who purchased the tickets had the opportunity to purchase up to five El Catador de Los Gran Perfectos samplers ahead of the event.

The company only made 1,500 samplers, priced at $120, and whatever was left of the samplers was going to be sold at the event.

In late July the company announced that the event would be postponed to May 29, 2021. Ticketholders—who at this point had received one of the Weasel Packs which included swag and the pre-ordered samplers—were given three options: keep their tickets for the new 2021 date, exchange their tickets for two additional samplers, or receive a partial refund. 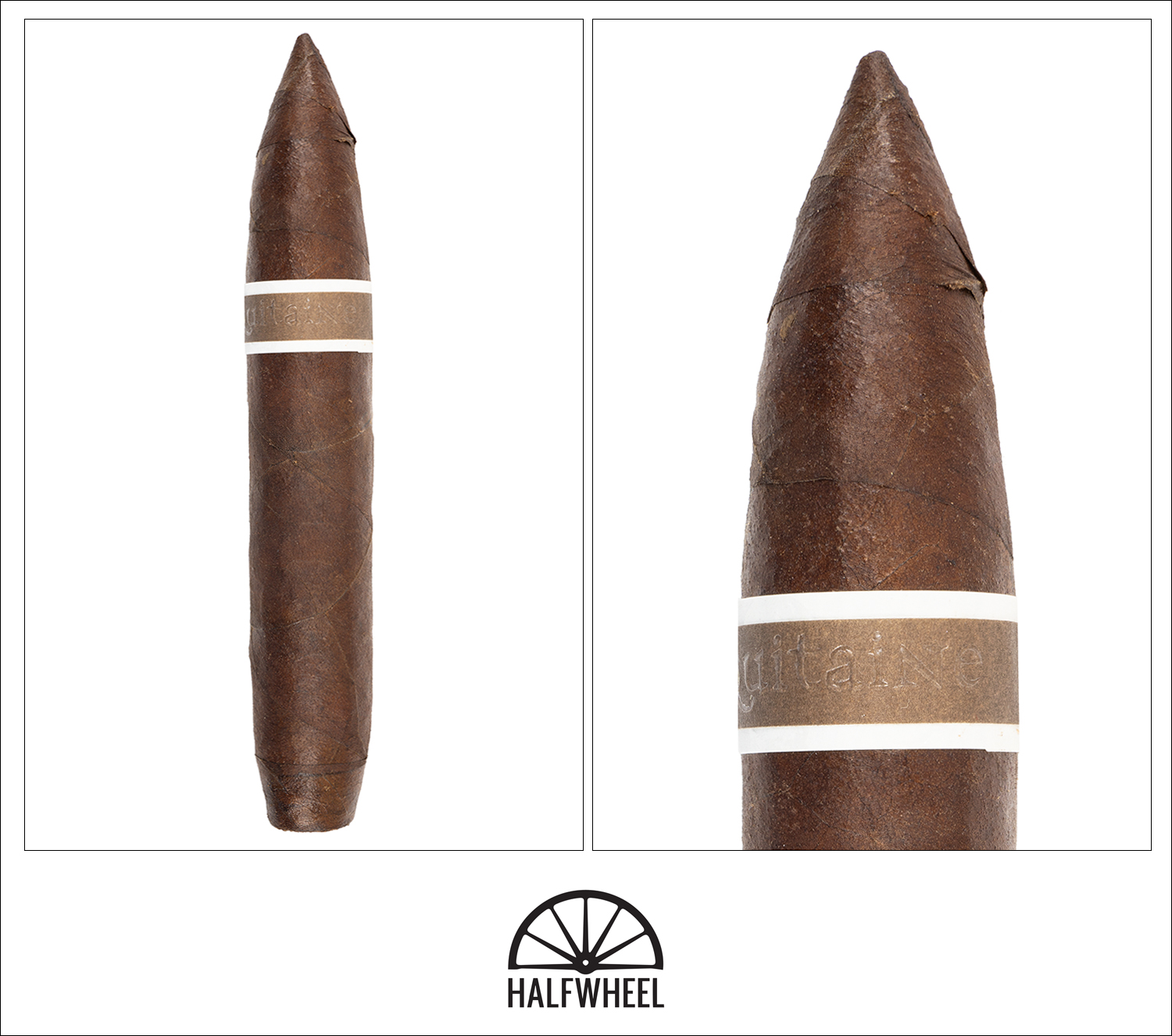 As with many RoMa Craft Tobac cigars, all three samples feel incredibly dense with very little give in terms of the firmness of the cigar. The Ecuadorian wrapper is very uniform in color, though there are some veins that would likely hurt its chances of winning a beauty contest. The aroma from the wrapper has barnyard, a bit of sourness and some peach sweetness, though it’s surprisingly barely above medium. The foot is fuller with some more of the peach flavor, blueberries, white pepper, chocolate, leather and some onion powder. While that sounds like an episode of Chopped gone wrong, the sweeter flavors are strong enough that it basically smells like a dessert unless I go looking for other flavors. All three cigars suffer a tear once they are cut, which I’m guessing is related to the cigar and not the Fox Cigar Cutter I’ve been using without issue for much of the year. The cold draw is milder and much more balanced. There’s white pepper, peaches, creaminess, honey and cedar—though the latter is only present if I take a particularly aggressive draw.

Given the size, I’m not surprised that the cigars start very tight with little smoke coming to the mouth. It’s a much more common start for a perfecto, and a far cry away from how the 601 La Bomba Warhead VI started. Flavor-wise, there’s honey, leather, oak and sawdust before coffee beans round out the finish. Each cigar takes a bit of a different path, but eventually the profile settles on a mixture that is led by leather and walnut with Thousand Island dressing and lemon behind it. The finish has acorns, oak and some creaminess. Retrohales seem to be different by the puff. At times it’s dominated by a cola flavor. Sometimes they are mild. Other times there’s a mixture of walnuts and Thousand Island dressing. Similarly, the retrohale finishes different though my notes include sensations of leather, toastiness and meatiness. Flavor is full, body is medium-full and strength is medium-plus. As is the case with most RoMa Craft Tobac cigars, the Aquitaine Gran Perfecto has impeccable construction. The draw was tight for about five puffs and then opens up to a pretty normal amount of resistance.

Things move along without a decisive change and then a saltiness begins to build. One the transition is complete, there’s nuttiness, leather, acorns and pita bread upfront. Retrohales change dramatically with a consistent barrage of oak, spiced rum, creaminess and leather, with the intensities corresponding to the order from strongest to mildest. The finish of the retrohale teeters between creaminess and a wheat beer-like flavor, easily the most unique part of the second third of the Aquitaine Gran Perfecto. Flavor is full, body is medium-full and strength is medium-full, though the latter is barely medium-full. Construction continues to be impressive with copious smoke and a very even burn. 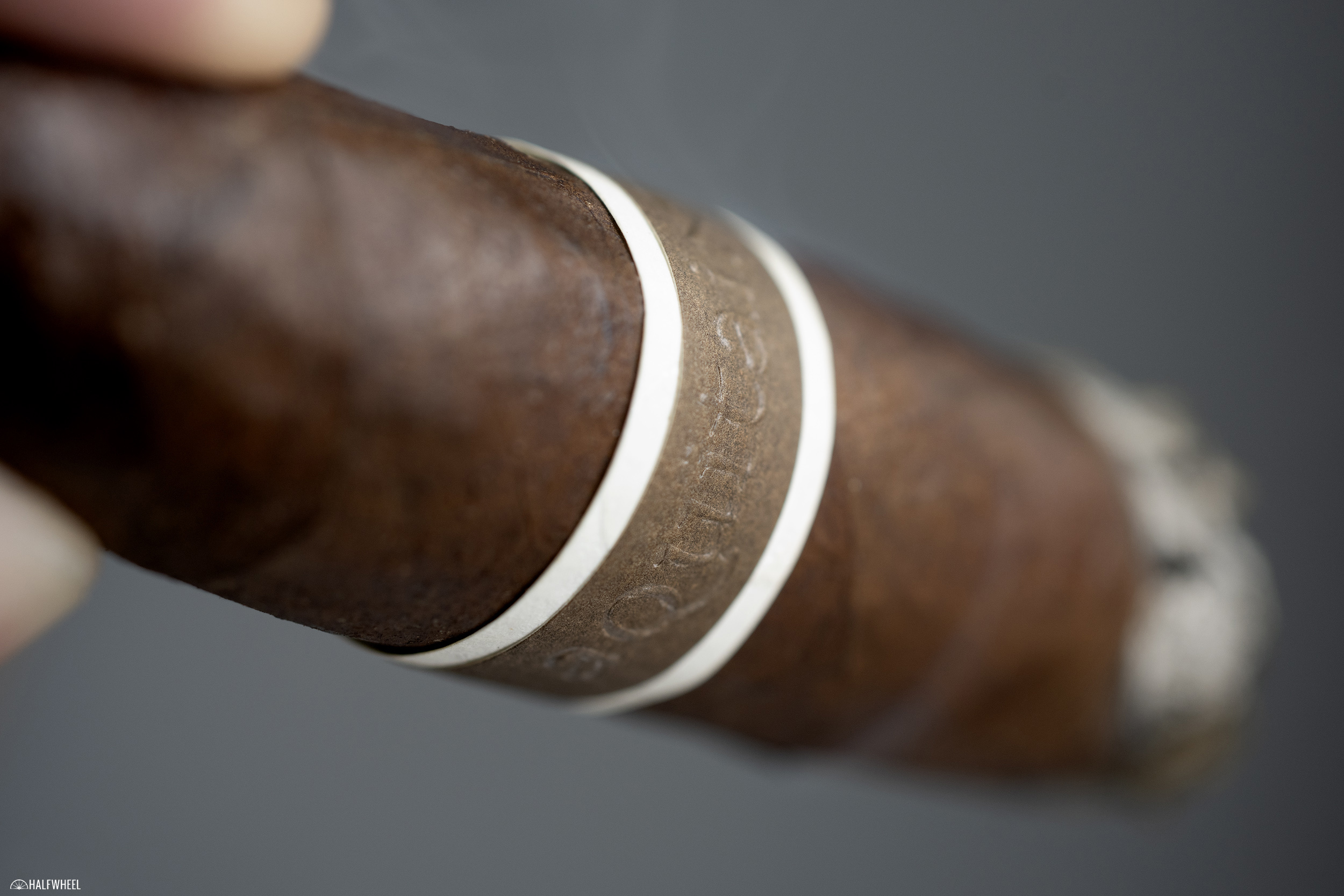 One cigar develops a lot more red pepper in the final third than the other two. Quite frankly, I’m not sure I would taste red pepper on the other cigars if I wasn’t looking for it. But if I go searching for it I can find it. The rest of the profile reminds me of cognac with some grains and paprika accenting the profile. The finish is earthy with the grain flavors and paprika transitioning over. Retrohales produce a great contrast between sugar sweetness, saltiness and creaminess. None of the flavors are particularly detailed, but it’s interesting to have my palate react for 20 seconds after the smoke has left my nose. Once that happens, I’m left with some basic white bread and salt flavors. Flavor is full, body is medium-full and strength dips back down to medium-plus. One sample needs a touch up in the final third, but otherwise the Aquitaine Gran Perfecto finishes wonderfully as far as construction is concerned. 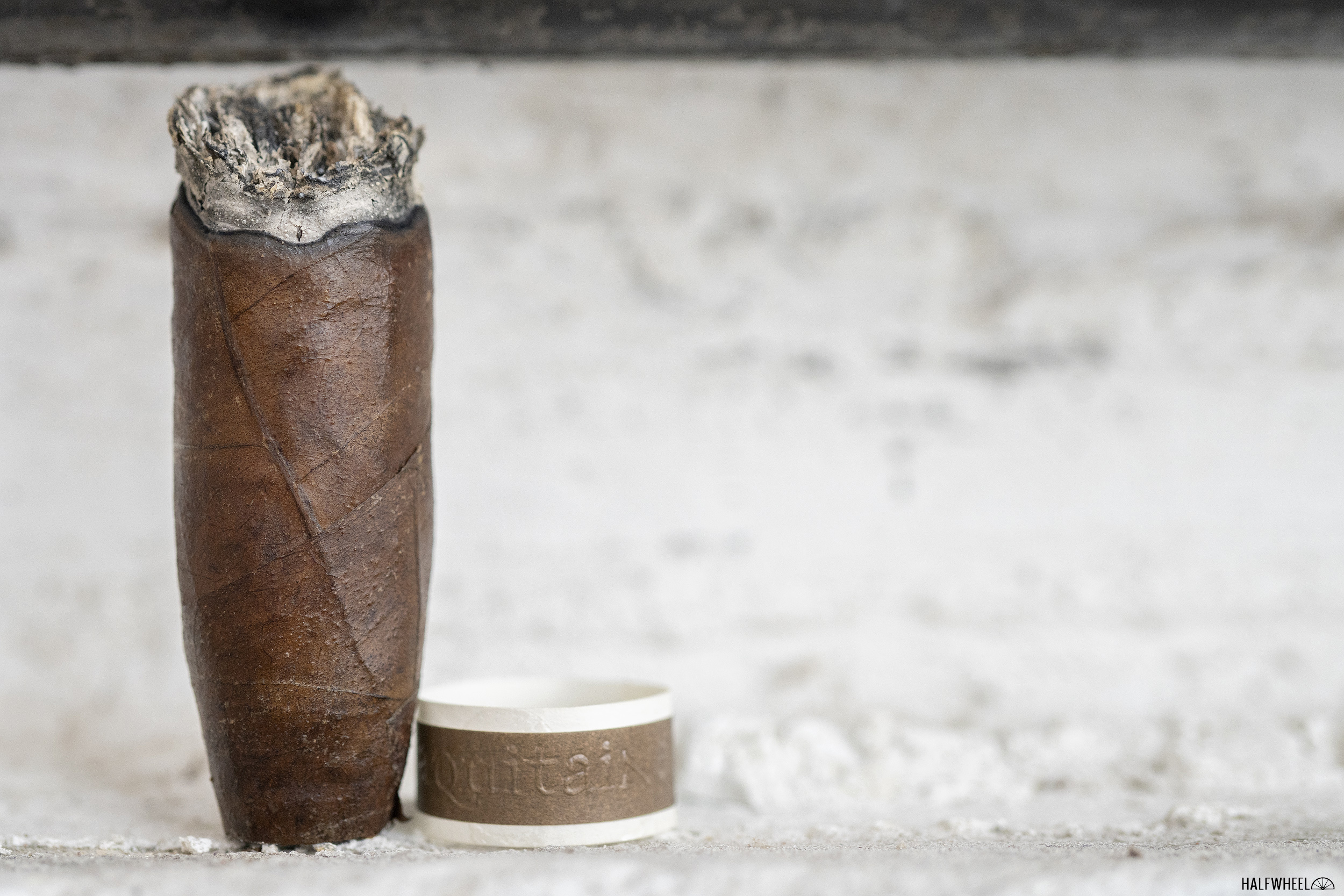 We held a draft to figure out who would review which one of the Gran Perfectos. I purposely chose Aquitaine because I feel like it’s the RoMa Craft Tobac brand that regularly gets left out. CroMagnon is the brand that built the company, the Intemperance brands are the ones that the greatest number of people can smoke, Neanderthal is the one for the hardcore nicotine-lovers, Baka is the new one, and Wunder|Lust is the one you can’t otherwise buy in America. Aquitaine is also not the  one that I would choose to smoke if it wasn't for diversity in the cigars we review. It’s not that it’s a bad cigar—the score next to this review will show it’s quite good—but I’d almost always rather smoke a CroMagnon or an Intemperance. The Aquitaine Gran Perfecto didn’t change my mind on this, but it’s a reminder that top to bottom there are few companies that have a portfolio quite like RoMa Craft Tobac.