This spring, RoMa Craft Tobac offered four limited editions to its U.S. consumers. One of them is the latest release in the company’s CRAFT Series, but the other three were all special versions of core offerings.

The first of that trio arrived in April in the form of the CroMagnon Black Irish, a special version of the company’s 5 x 56 EMH size that added a small candela stripe along the cigar. It’s akin to a barber pole style cigar in that there are two different wrappers that alternate down the side of the cigar, however, RoMa Craft used an uneven effect where the main wrapper is used for most of the surface area and the second wrapper is only a small accent stripe.

Next came the CroMagnon Mandible Mastodon, simply a box-pressed version of the line’s Mandible size, and in June the Aquitaine line got its special size. It’s called the EMH Saber Tooth, a take on the regular EMH vitola, and it follows the same design as the Black Irish, only it uses a small Ecuadorian Connecticut stripe alongside the regular Ecuadorian habano ligero leaf found on the regular EMH. As for the filler, it’s the same as the regular Aquitaine line: Nicaraguan tobaccos from Condega, Estelí and Pueblo Nuevo. 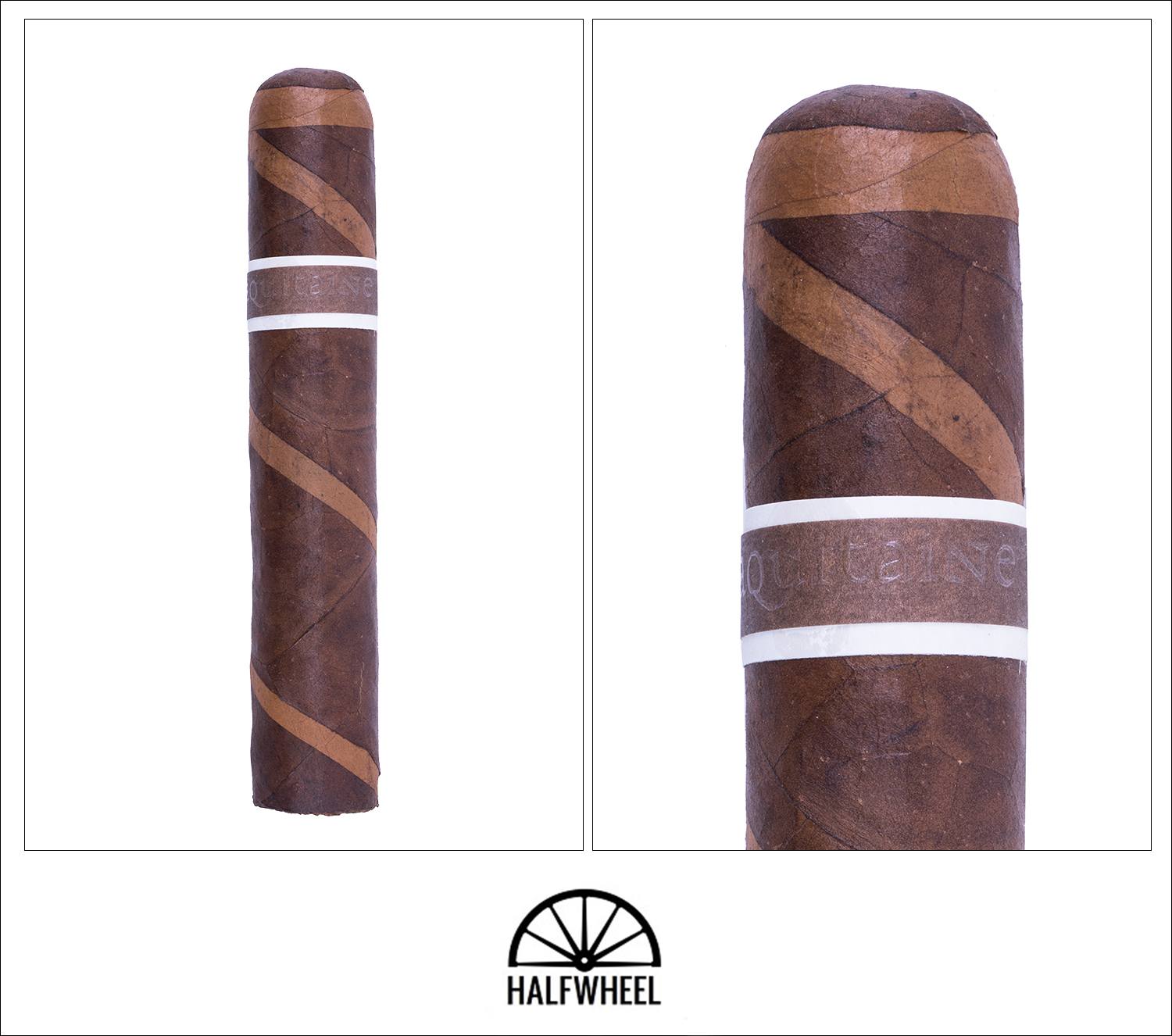 While the cigar looks different, it’s not as much of a contrast as a candela leaf against the dark broadleaf as the Black Irish. The stripe is small, but there’s a larger piece of the Ecuadorian Connecticut leaf towards the cap, though the very top of the cigar is the normal Ecuadorian habano ligero wrapper. The wrapper smells like burnt caramel with some barnyard, cocoa and a lot of acidity. The foot is sweeter with some waffle cone flavors, a chocolate milk, pistachios and a harshness that reminds me of a chili paste more than typical pepper flavor. There’s vanilla, cocoa, pistachio and a bit of pepper on the cold draw, all around the medium-full mark.

Despite the presence of pepper on the pre-light inspection, there’s no pepper to start the Saber Tooth. The profile is extremely toasty, like a campfire, with some bread and just a touch of harshness in the center of the tongue. There’s some dryness on the tip of my tongue during the finish and then I finally get some of the pepper I was anticipating. It’s not there for long though as the profile quickly turns nutty with a lot of peanuts, some creaminess, cedar and earthiness. Through the nose, there’s rye whiskey and some cinnamon. Altogether, the flavor reminds me somewhat of a savory meat pie. The flavor in nearly full, body is medium-full and strength is medium-full. While the flavor is great, the construction isn’t. All three sample suffer from a loose draw that sees the lighter come out to keep the cigar going pretty early on. Two of the cigars have a very flaky ash—not something we deduct points for—though something my laptop certainly notices. 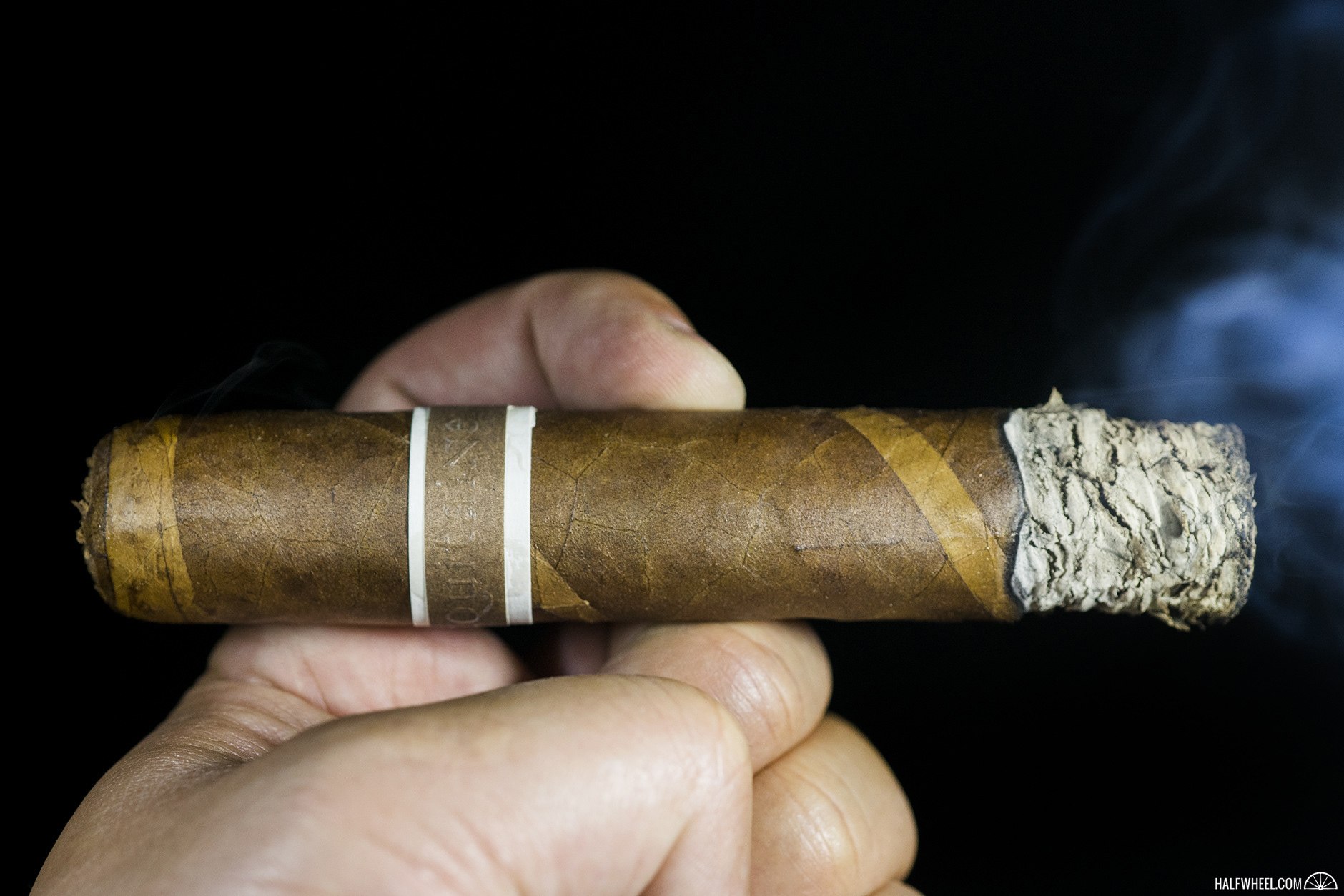 The Aquitaine EMH Saber Tooth gets creamier in the second third, shifting from a peanut-heavy, at times peanut butter mixture, to more of a creaminess with some nuttiness underneath. The black pepper returns to the finish, but it’s extremely restrained and creates a very well-balanced profile. Through the nose there’s some bread, saltiness, leather and even more nuts. Flavor is full, body is full and strength is medium-full. Not surprisingly, my issue with the draw does not disappear and as such, I’m finding myself touching up far more than normal. 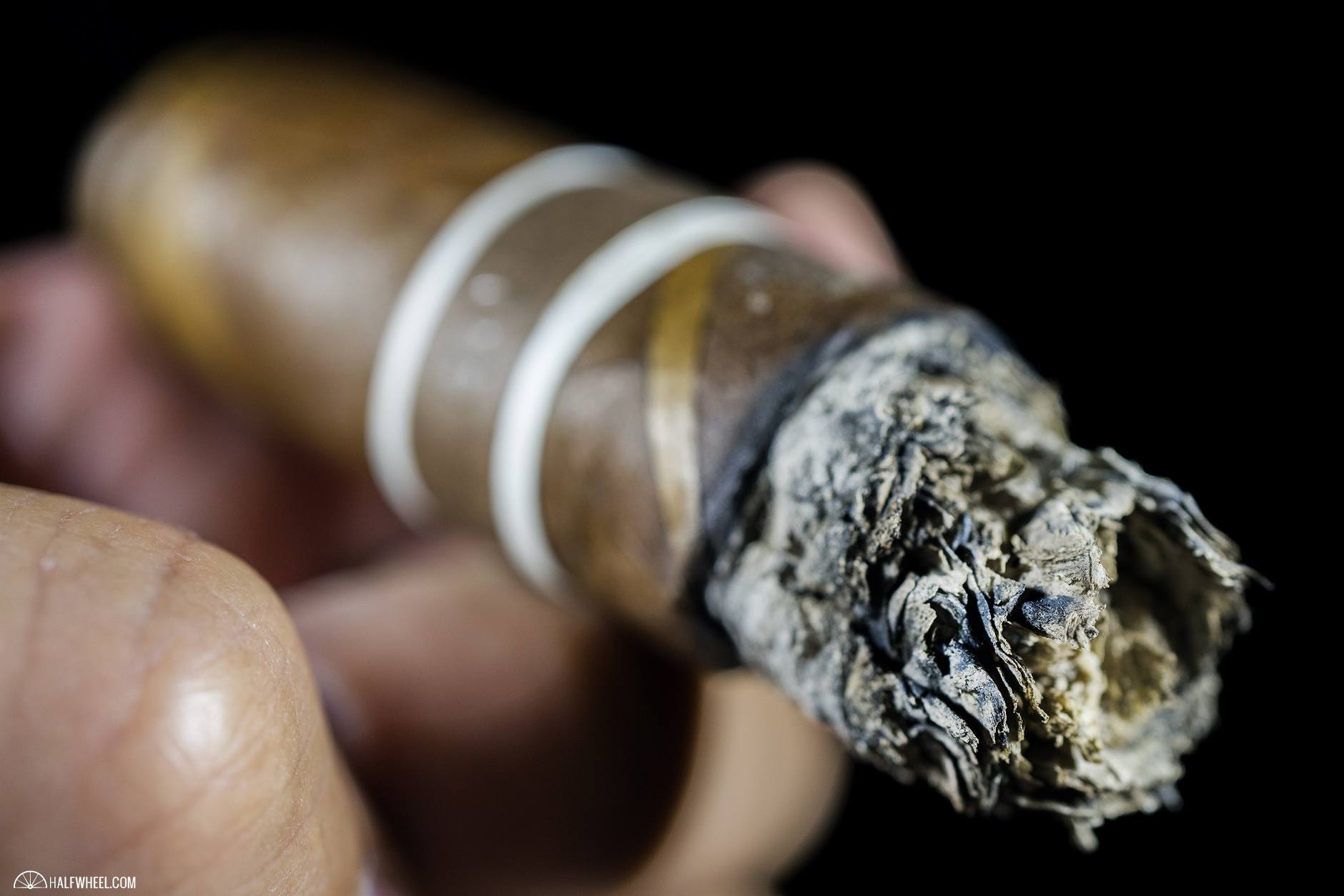 There is an added earthiness to the core creamy base. Both flavors are heavy and hearty, a predictable conclusion to a cigar that’s already been quite thick flavor-wise. In addition, the peanut flavor turns more to a walnut, which only adds to the heartiness. Through the nose, the same black pepper note remains, particularly on the finish, but it’s now joined by some orange citrus. Flavor remains full, body is medium-full and strength is medium-full. The draw is still a bit loose, which means I need to touch up the Saber Tooth, though fortunately, the pace of the needed lighter assistance has reduced substantially. 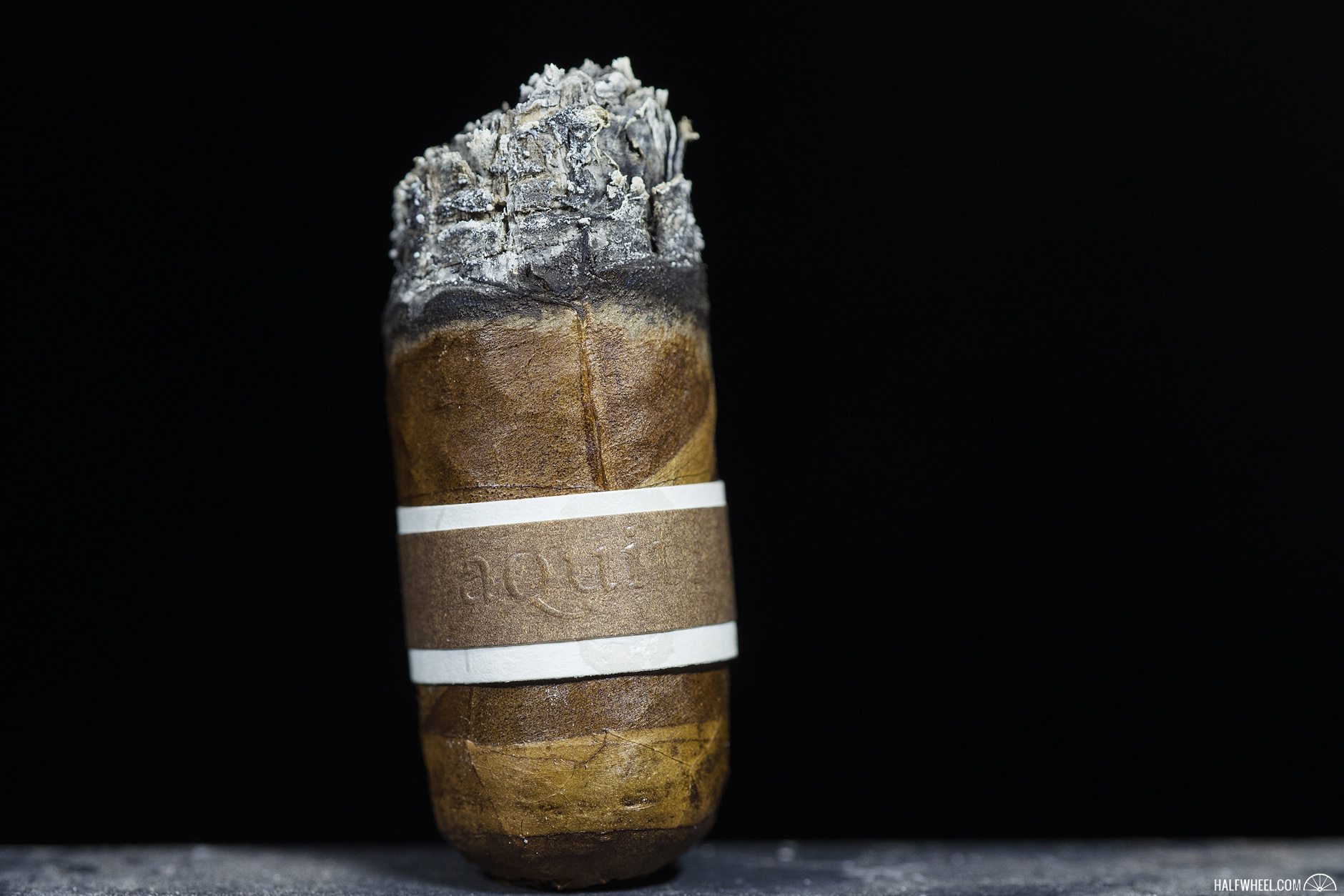 The Aquitaine EMH Saber Tooth was more fun to look at than smoke. I struggled to keep the cigar lit—largely thanks to the draw—and the ash was some of the flakiest I’ve seen, making a mess of my laptop. I think it’s a cool idea and plenty of people enjoyed the concept, but I cannot tell a difference between this and a regular Aquitaine EMH flavor-wise, at least not without smoking them side-by-side. The good news is the flavor is very good on both this and the regular, non-striped version.