Anthony’s Cigar Emporium, which has locations in Tucson and Phoenix, Ariz., will be celebrating its 20th anniversary on Friday with a store exclusive from My Father Cigars.

The Martino is a box-pressed My Father Le Bijou 1922 petit robusto, a take on the 4 1/2 x 50 regular production round version. The name comes from the original owner of Anthony’s Cigar Emporium, Anthony Martino, who sold the store to its current owner, Mike Teufel, in 1999. Teufel thought it would be an appropriate opportunity to honor and celebrate the man who started the store, as well as to try and replicate the flavor found in the regular production box-pressed torpedo, which he thinks is the best in the line. The cigar comes with a single stick price of $8.75, packed in 15-count boxes priced at $131.25. The store has ordered 500 boxes and will be making them available at the event and then on the store’s website as well as at the other four locations.

Teufel told halfwheel that the opportunity to create a My Father store exclusive was an opportunity born out of good circumstance that he couldn’t pass up. “We’ve always sold My Father cigars well, and when we decided to celebrate our 20th anniversary, things just came together nicely,” he said, citing the opportunity to tap into the Le Bijou 1922 line.

Janny García from My Father Cigars will be on hand for the celebration and cigar release, as well as Pete Johnson of Tatuaje, which happens Fri., Nov. 14 at the store’s Campbell & River location in Tucson. 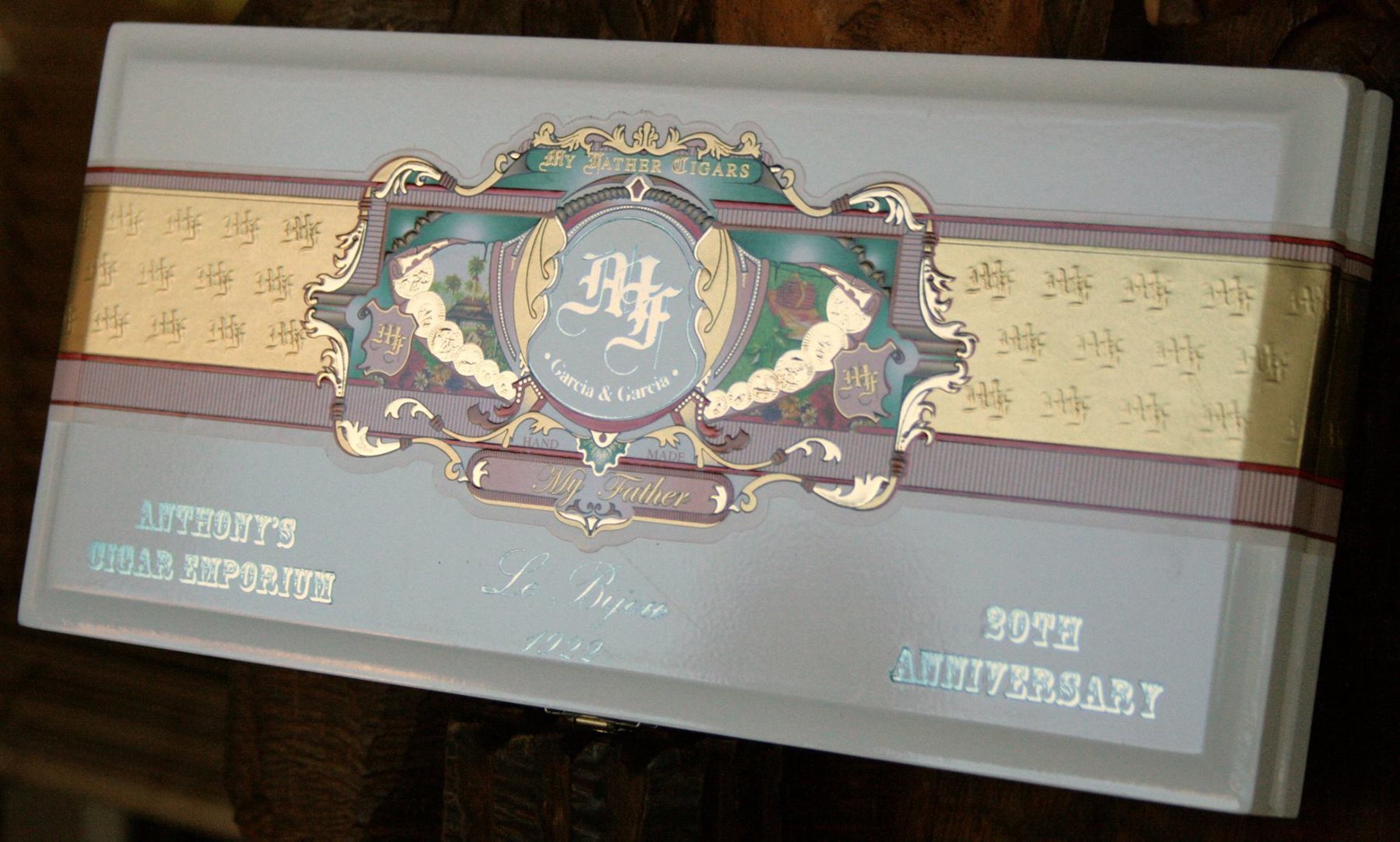