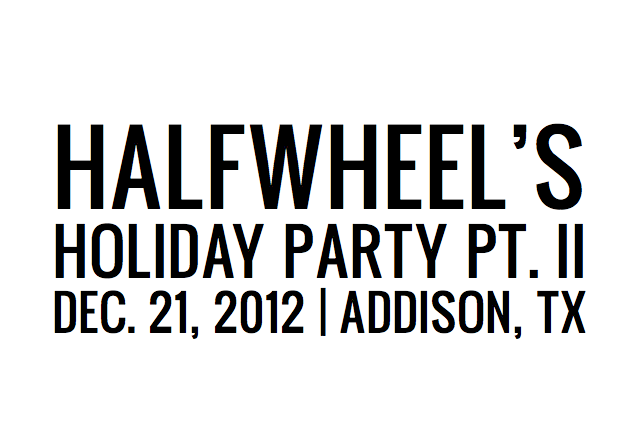 On Friday December 21, halfwheel’s editors (Brooks Whittington and Charlie Minato) and writer Brian Burt will be at Elite Cigar Cafe in Addison, TX for a get together we are commonly referring to as halfwheel’s Holiday Party Pt. II. The event will run from 7-11 PM and there will be some out of town guests and industry folk there as well.

Thanks to all those who came to the halfwheel Holiday Party Pt. 1, now it’s time for Dallas.

We will have stickers, and of course cigars, there for all. So come join us at what is arguably halfwheel’s “home shop.”