Altadis U.S.A. has joined the list of companies releasing an exclusive cigars to members of the Tobacconists’ Association of America this year, though it isn’t a new cigar, but rather the return of a previous limited edition. 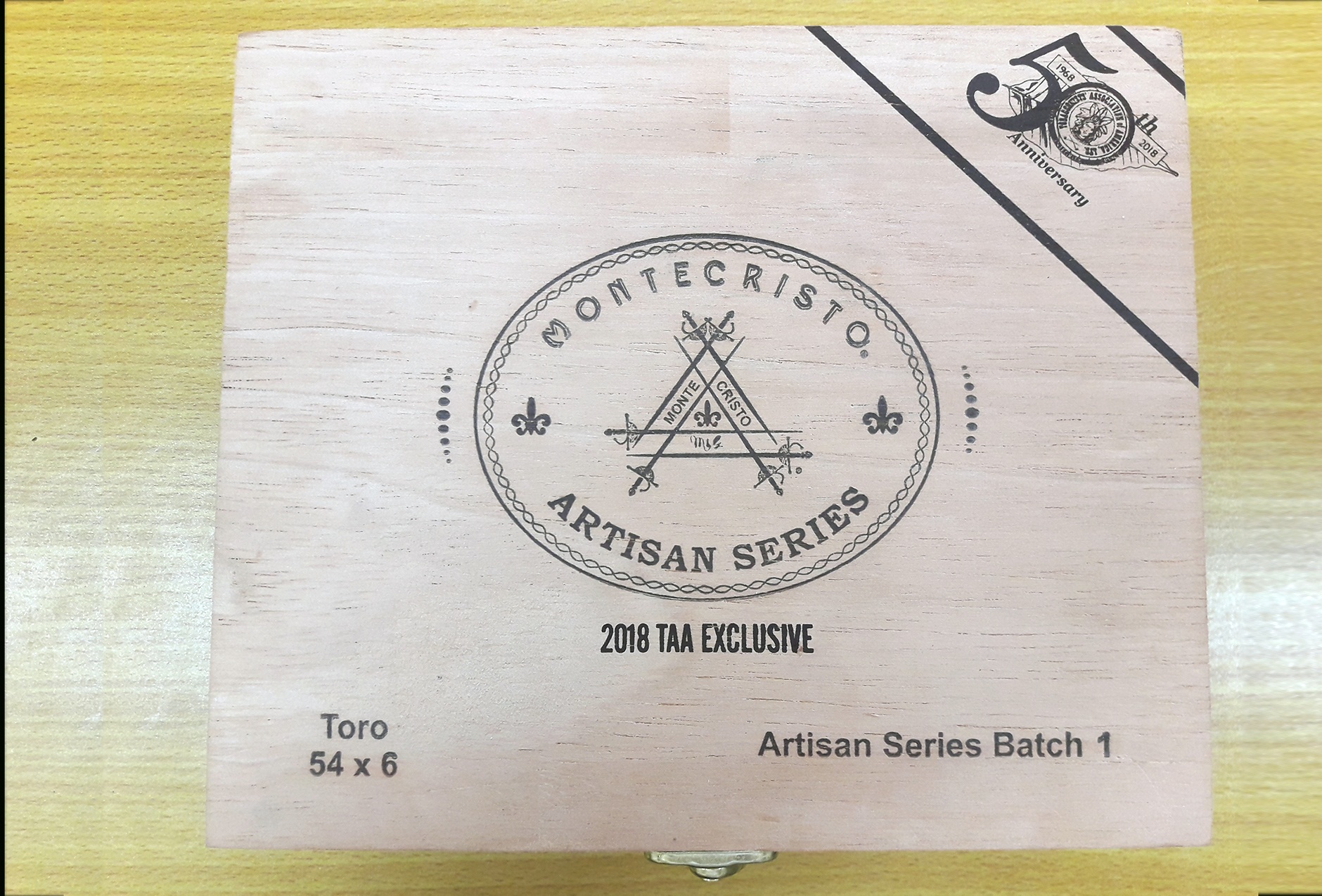 The company is re-releasing the Montecristo Artisan Series Batch 1, the first in a series of limited edition cigars made from a private batch of the company’s most precious tobacco. The project, which debuted in 2016,  is spearheaded by the company’s Grupo de Maestros, with different groups of several Maestros  blending each cigar in the series, and then selecting one accomplished buncher and one master roller to personally handcraft every single cigar in that release. The company believes this ensures consistency and the absolute highest quality across each cigar in the series, as well as in the series overall.

The rerelease maintains all the same details as the original, using an Ecuadorian habano wrapper, Dominican binder and fillers from the Dominican Republic and Honduras. It is being released in a 6 x 54 toro vitola priced at $21. Production is being handled by the company’s Tabacalera de García in La Romana, Dominican Republic.

The company is producing a total of 50,000 cigars which will be split up into 15-count boxes. They will officially launch during the TAA’s annual meeting and trade show, which runs from April 29 – May 3 at Casa de Campo in La Romana, Dominican Republic.

This is the 50th anniversary of the organization, which includes many of the top cigar retailers in the country. In total, about 80 retailers as well as 40 or so manufacturers make up the group, which gathers annually to discuss issues facing the industry and retailers, as well as to have its annual trade show, a unique event that works on a group buying format in order to secure exclusive deals for these generally high-volume merchants.

Altadis is the third company to announce a TAA release; CLE Cigar Co. will be offering the Eiroa First 20 Years Diadema, while Crowned Heads will have The Angel’s Anvil 2018.