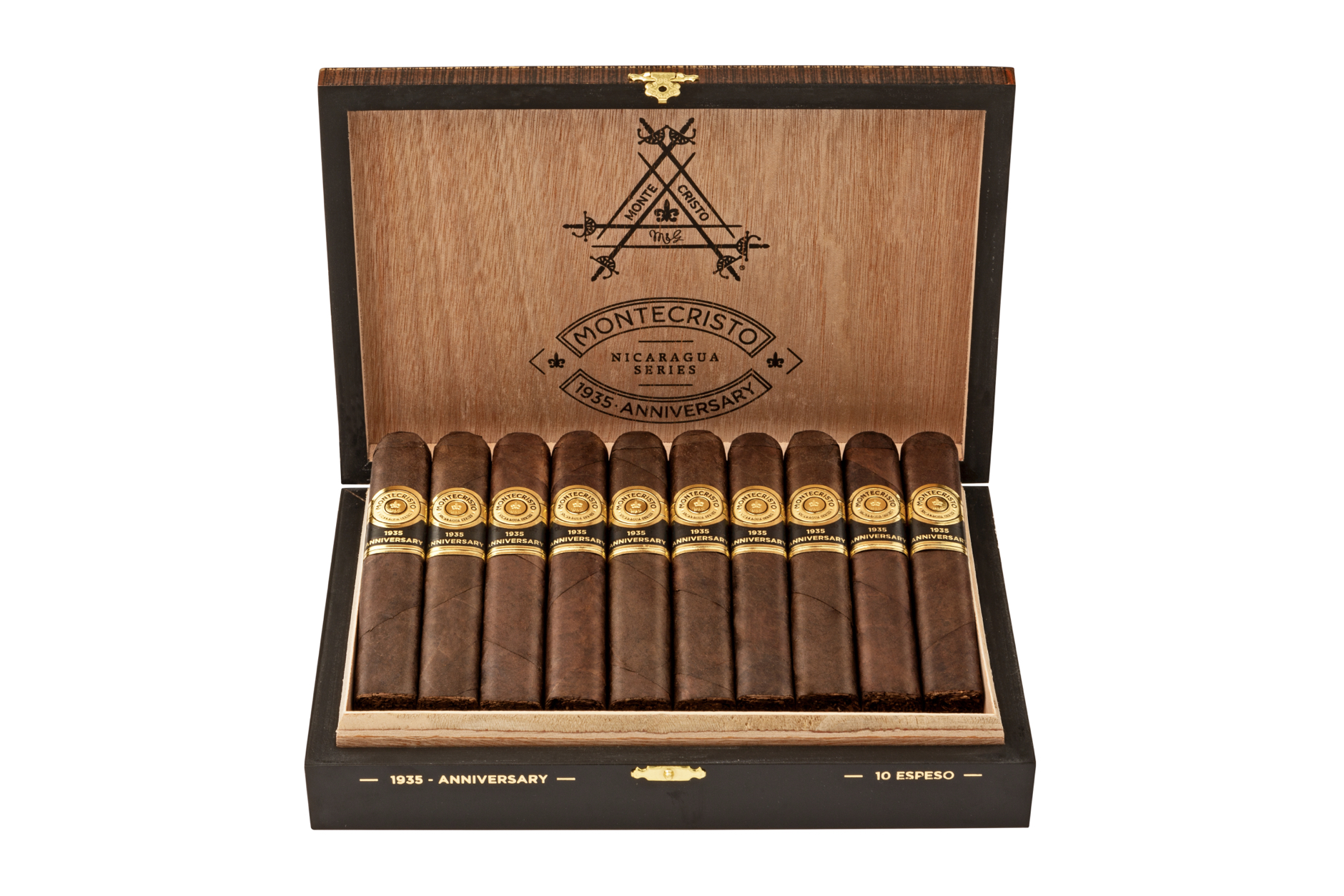 There will be a new 60 ring gauge size of the Montecristo 1935 Anniversary Nicaragua line coming this spring.

The Montecristo 1935 Anniversary Nicaragua Espeso is a new 5 1/2 x 60 vitola that will ship to stores on May 1 according to a report from Cigar Aficionado. It will have an MSRP of $18 and will be sold in boxes of 10.

Like the rest of the line, the Espeso is a Nicaraguan puro that is made at AJ Fernandez’s San Lotano Factory in Ocotál, Nicaragua. The line debuted in November 2020 with four sizes; the Espeso is the fifth size.

Despite our requests, a representative from Altadis U.S.A. did not provide the information or images provided to Cigar Aficionado.

“The Montecristo 1935 Anniversary Nicaragua blend works incredibly well in the new Espeso vitola,” said Rafael Nodal, head of product capability for Altadis U.S.A. “This is why AJ Fernandez and I decided it had to be the first size extension in the line after receiving Cigar Aficionado’s #2 Cigar of the Year in the No. 2 size. In my opinion the new vitola amplifies the flavors and complexity of the blend.”