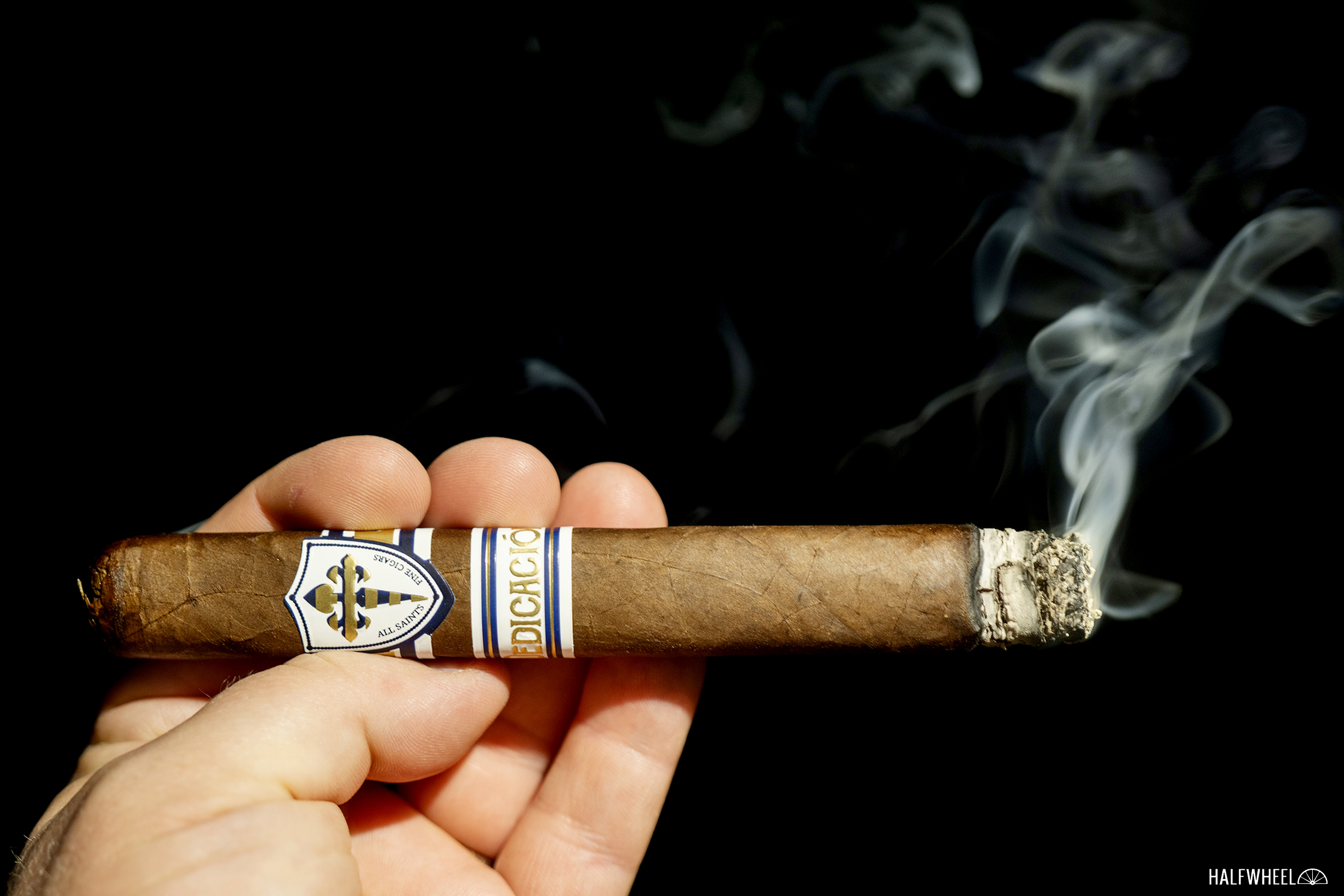 While most people reading this article have probably not heard of the All Saints brand, one of the founders became a part of the cigar industry more than 20 years ago.

Micky Pegg started as an intern on Capitol Hill, where he was sent to buy cigars for a member of Congress from retailer Georgetown Tobacco. That eventually led to a job at the retailer, where he stayed until being a sales rep for Davidoff, Felipe Gregorio and CAO, the latter of which he served as vp of sales until the company was folded into General Cigar Co.

He went on to work in finance, but like so many who try to leave the cigar industry, he came back.

In 2019, Pegg and two friends—Frank Layo and Martin Corboy—founded All Saint Cigars and turned to Rocky Patel’s Tabacalera Villa Cuba S.A. factory located in Nicaragua to produce the company’s cigars. In December 2019, the trio debuted a limited edition named Solamente, which is available in a 5 x 58 robusto extra vitola and featuring a blend of made up of an Ecuadorian habano wrapper along with Nicaraguan tobacco for the binder and filler.

Fast forward to April of this year, when All Saints released its first regular production line: Dedicación, which translates to Dedication from Spanish. The four vitola line is blended with a Mexican San Andrés wrapper covering all Nicaraguan tobacco in the binder and filler and is a tribute to all the people Pegg is thankful for.

“Dedicación is for every meaningful person in my life,” said Pegg, in a statement on the All Saints website. “From those working in the fincas to the families they support. ““And for the families in the States that support those guys that are on the road four or five days a week. And it’s for my mentors along the way like David Berkebile, Walter Gorski, George Brightman and, of course, Cano Ozgener (the late founder of CAO).”

The Dedicación is being sold in four vitolas, all packaged in boxes of 20: 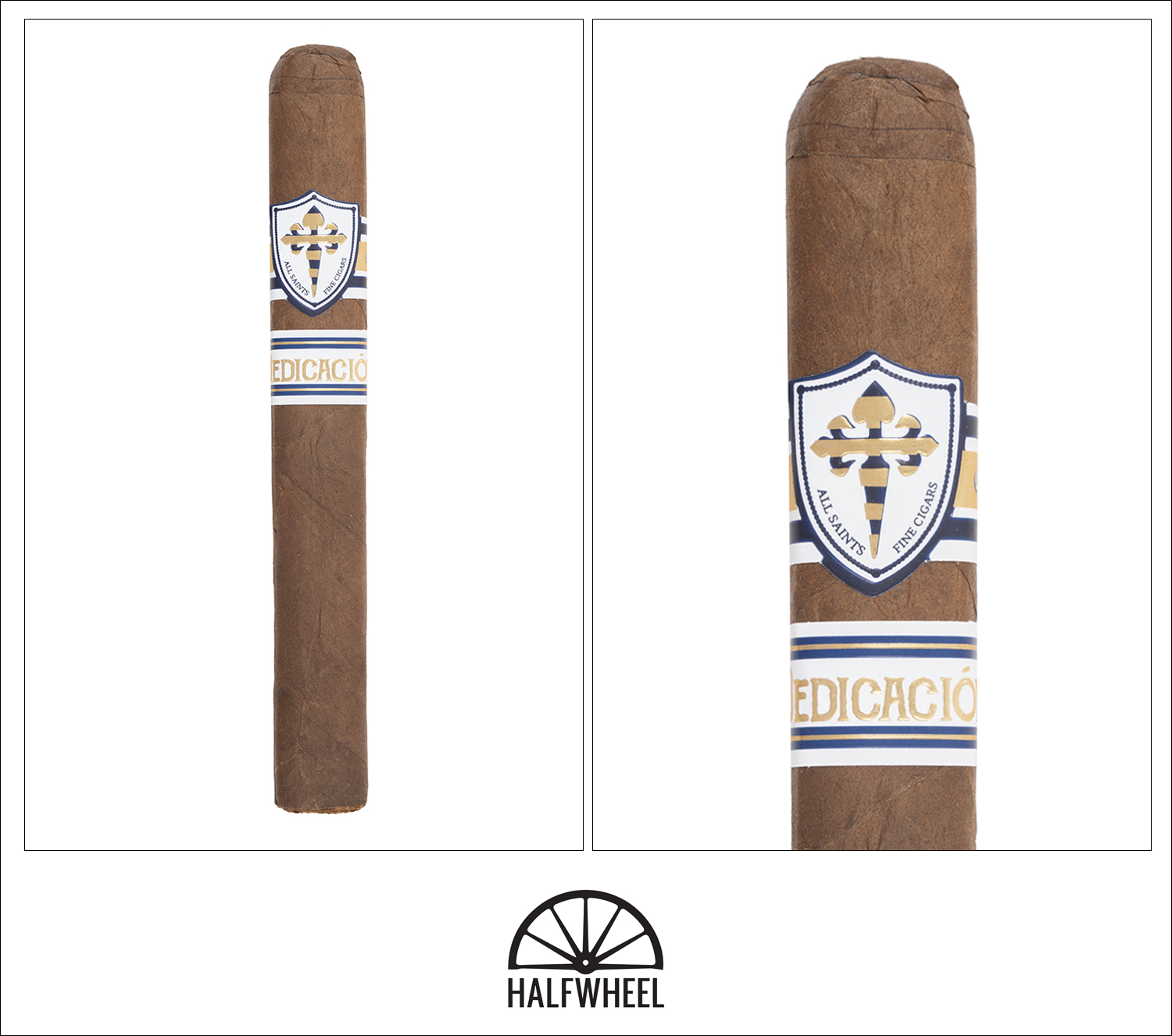 An extremely attractive mocha brown wrapper with a reddish tint covers the All Saints Dedicación Commandant, it’s a leaf that is smooth to the touch but with only the slightest hint of oil. There is almost no veins visible no matter where I look, but one sample has a fairly significant soft spot close to the secondary band on the left side and the soft box-press on all three cigars is a nice visual touch. The aroma from the wrapper and foot is made up of strong dark chocolate, peanut butter, cedar, hay, earth and molasses while the cold draw brings flavors of peanut butter, cedar, grits, freshly ground coffee beans, indeterminate sweetness and a touch of both black pepper and spice.

The profile of the All Saints Dedicación starts out nice and easy, with an aromatic cedar and dark chocolate combination taking the dominant spot, followed by notes of creamy peanuts, leather, espresso beans, cocoa nibs, hay and cedar. There is a light spice on my tongue as well as just a touch of black pepper on the retrohale, both of which pair nicely with a strong caramel sweetness that seems to be getting stronger with each puff. In terms of construction, I end up with a close-to-perfect draw after a simple straight cut and the burn gives me no issues whatsoever so far. Smoke production is copious off of the foot, and while the overall strength starts off fairly light, it does increase enough to hit a point between mild and medium by end of the first third.

Although the combination of aromatic cedar and dark chocolate remains dominant in the second third of the All Saints, the profile becomes noticeably creamier overall on the palate. Lesser flavors of popcorn, espresso bean bitterness, powdery cocoa nibs, hay, peanut butter and gritty earth flit in and out, while the black pepper and caramel sweetness on the retrohale increases a bit, but the spice on my tongue from the first third has faded into nothingness. Construction-wise, the burn is still quite straight and the draw is as excellent as it was in the first third, while the overall strength increases slightly, albeit not near enough to hit anywhere close to the medium mark by the time the second third comes to an end. 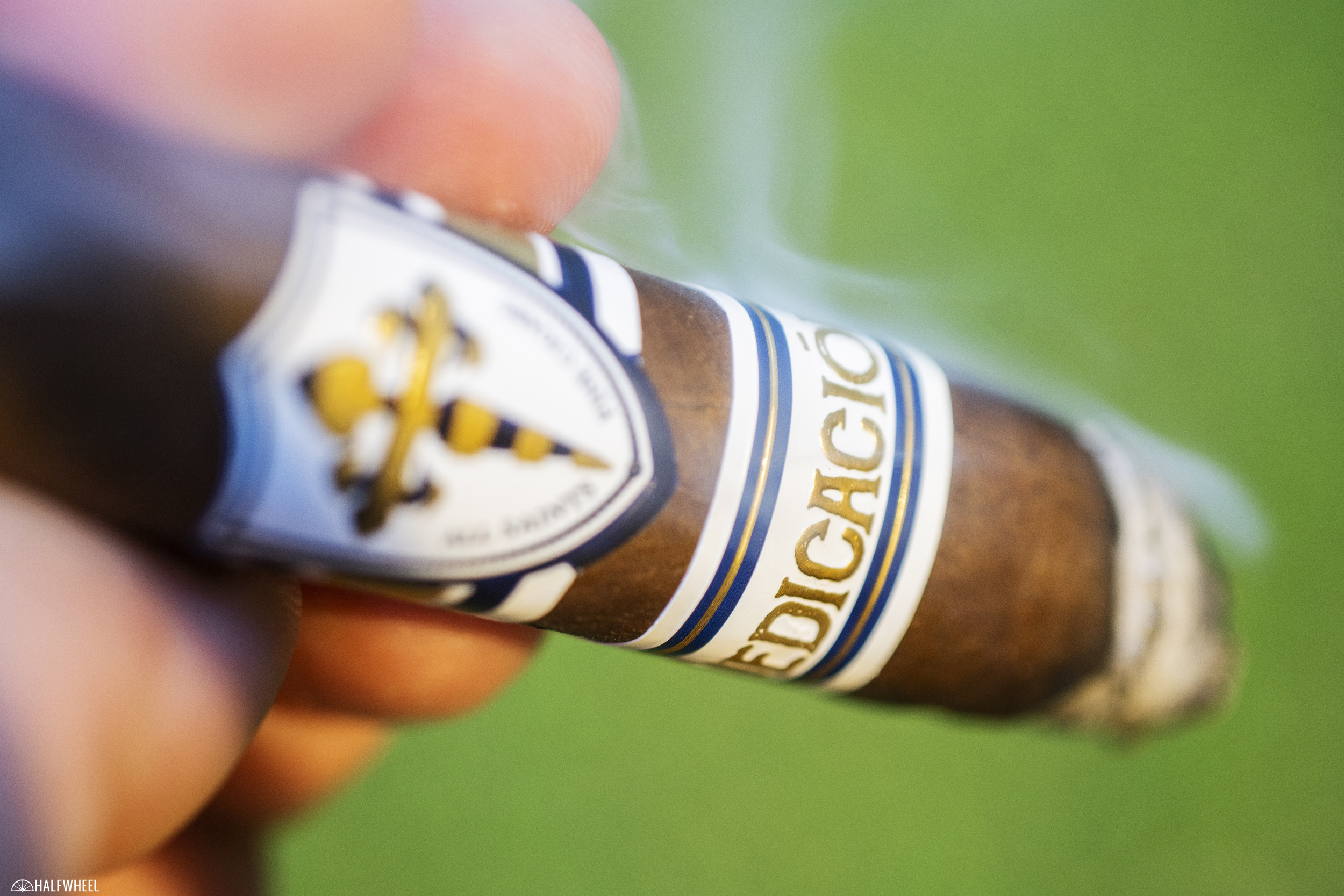 There is not much change in the profile of the Dedicación Commandant during the final third, as the same cedar and bitter dark chocolate lead the way, easily overwriting other notes of peanuts, hay, oak, earth, espresso beans and cocoa nibs, along with a new slight floral flavor on the finish. In addition, I pick up a bit more of both black pepper and caramel sweetness on the retrohale, both of which continue to increase in intensity as the final third burns down. Finally, while I need to correct the burn a couple of times in quick succession, the draw continues down its excellent path and the overall strength fails to reach medium by the time I put the nub down with a little more than an inch left. 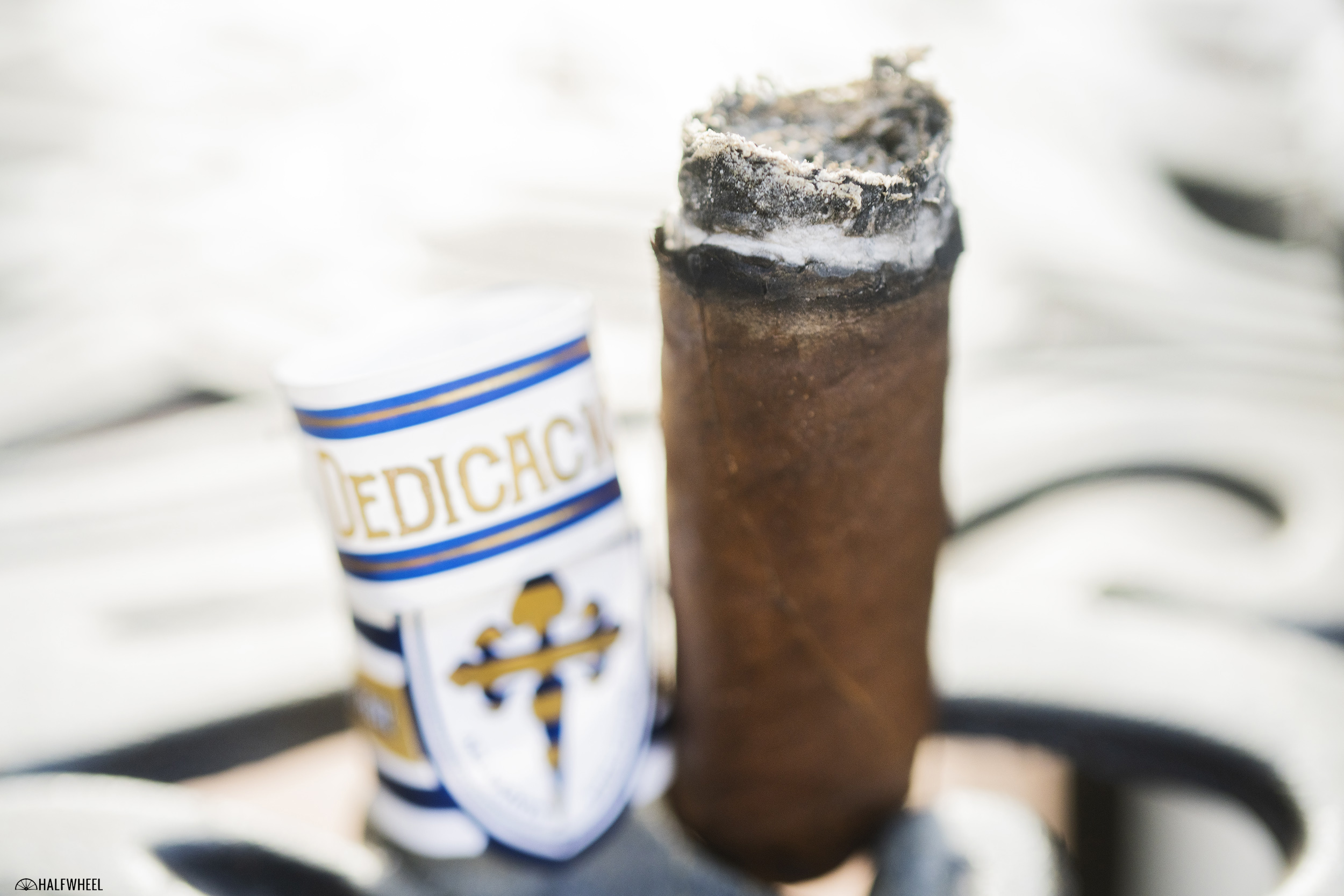 There are many misconceptions about cigars that continue to be perpetuated even to this day: if the wrapper is dark, it is a strong cigar; if it is a torpedo vitola you have to use a straight cut, or —one of my personal favorites—Connecticut-wrapped blends are the only blends you should smoke in the morning. With its Mexican San Andrés wrapper, the All Saints Dedicación turns the latter misconception on its head, inundating the palate with distinct flavors that are rich, sweet and creamy throughout. True, there are not many overt changes in the profile during its close to two hour smoking time, but it burns like a dream and features a very well-integrated strength that never threatens to go beyond a strongish-mild level. In the end, if you are looking for a new cigar to smoke in the morning or as a change of pace stick, the Dedicación should absolutely be on your radar.