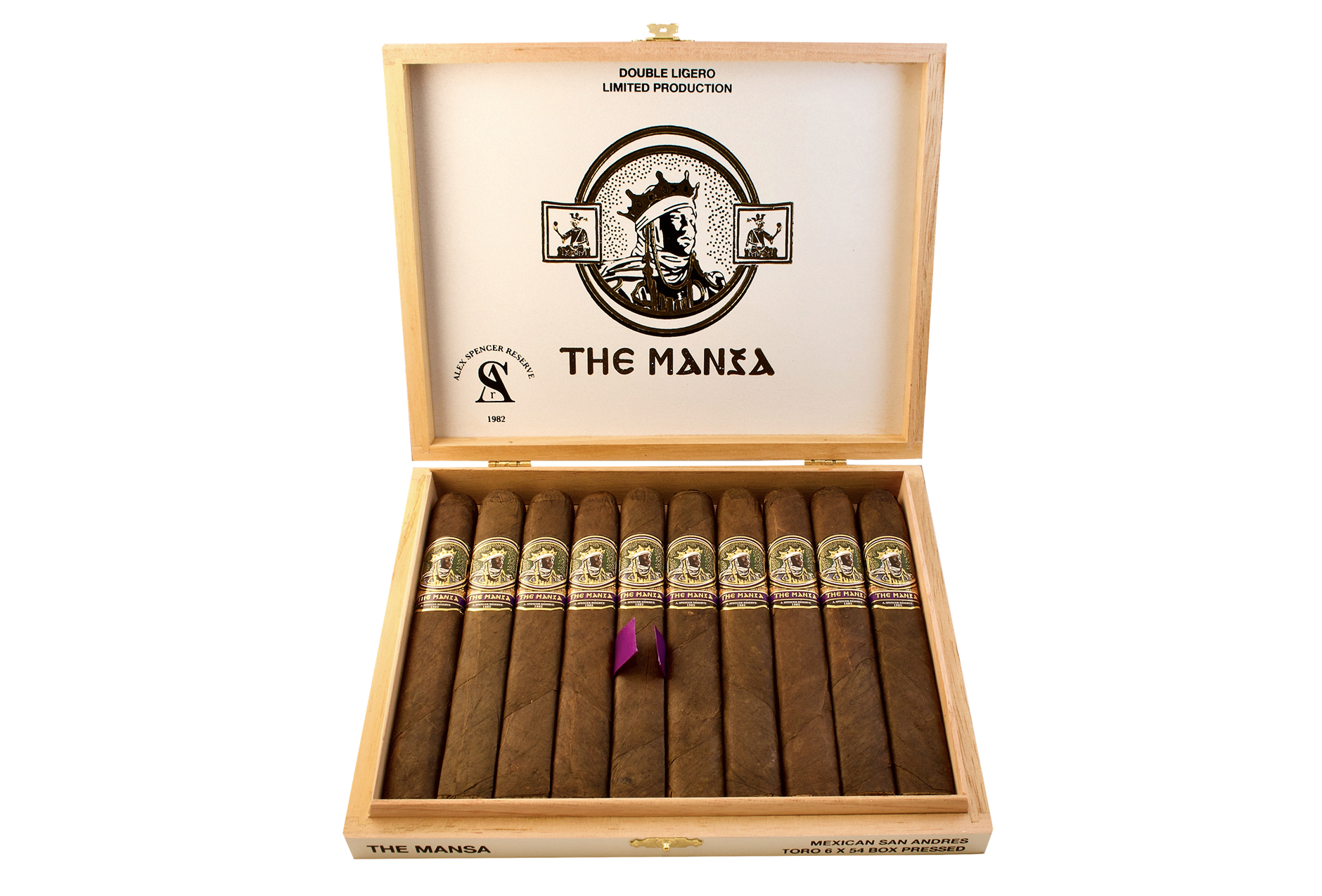 Alex Spencer Reserve to Make National Debut with The Mansa

Cincinnati-based Alex Spencer Reserve will be making its national debut next week with the release of The Mansa, a revamped version of a cigar that Spencer has been offering to local cigar smokers for the past two years.

For the rework, Spencer turned to Tabacalera G. Kafie y Cia. in Danlí, Honduras. The new version features a Mexican San Andrés wrapper, Honduran binder and a filler consisting of Honduran and Nicaraguan tobaccos. It is a departure from the original blend that used a Cameroon wrapper and Nicaraguan filler and came in a 6 x 60 gordo vitola. That cigar debuted in 2017 by way of the Cincinnati Cigar Co., a regional cigar company based largely in the greater Cincinnati area. “Although it received much praise, I knew I always wanted to make improvements,” Spencer told halfwheel, which is why he turned to the Kafie factory. In addition to the blend change, Spencer slimmed the cigar down to a box-pressed 6 x 54 vitola. He added that working with Kafie allowed him to give the cigar the depth, flavor and strength that the original Mansa lacked.

The cigar is named for Mansa Musa, the 14th century West African king who is believed to be one of the wealthiest men in recorded history.

The Mansa is priced at $12.50 per cigar or $120 for a box of 10. Spencer has produced 250 boxes of 10 cigars for the initial run, noting that another run will be produced in the spring of 2020. Spencer said that the company is also “retooling for rereleases” of more of Cincinnati Cigar Co.’s previous releases.

“Through our distribution relationship with Tabacalera G. Kafie y Cia., our goal is to bring improved and enhanced blends to the market one line at a time.”