Just before the 2015 IPCPR Convention and Trade Show, Alec Bradley announced a couple of new lines that would be debuting at the show. 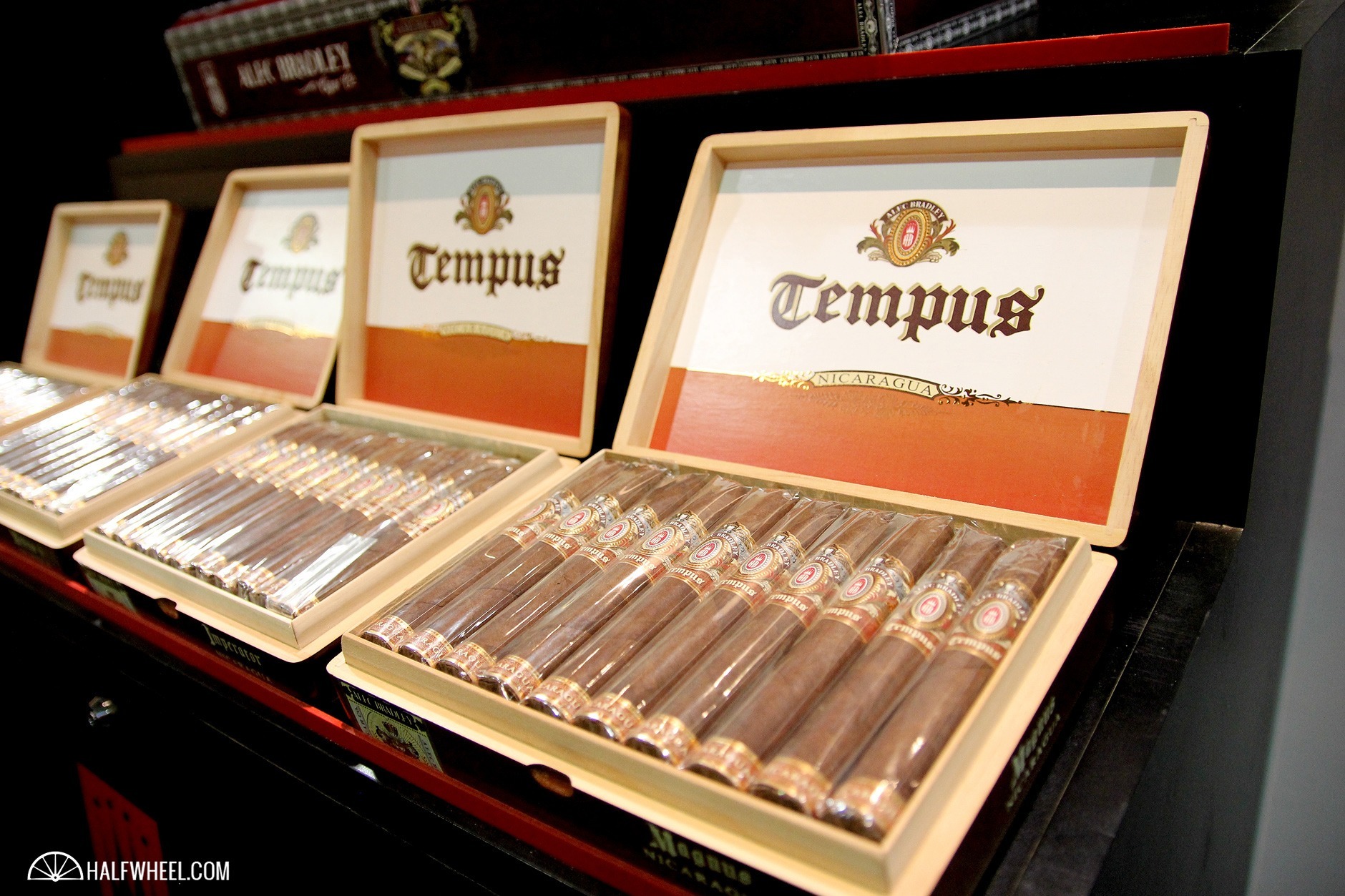 One of those was the Tempus Nicaragua, a Nicaraguan puro that featured a double binder, and three ligero and viso fillers from various regions of the country. It was released in five sizes, all of which we’ve seen in the other two Tempus lines, the Maduro and the Natural. The Medius 6 has a nice looking medium brown wrapper, that is smooth to the touch but hardly any oily feel to it. It’s firm when squeezed, without much give anywhere on the cigar. Coming off the wrapper is the aroma of cinnamon and hay with some earthy undertones, while the cold draw has notes of cocoa powder, grains and some rich but subtle spices.

Starting into the first third there is more of the rich spices from the cold draw, but in much greater supply. There is also a touch of pepper, some earth and a creaminess that ties it all together nicely. The burn starts out quite even, and the ash has a nice tight ring design matching the sharp burn line. With the draw right in the middle of ideal, each puff brings plenty of smoke along with it. The pepper has started to come more to the forefront, but it has also shifted to more of a Anaheim pepper as opposed to a black pepper note. Spice, earth and a creamy finish continues to compliment the pepper note, creating a pleasant profile. As I move into the second third, there is a little harshness that has presented itself, though the spice, roasted pepper, earth and cream are still there. The burn line isn’t as sharp as it had been, though it doesn’t need any touching up. As quickly as it arrived, the harshness has disappeared after an inch, leaving the roasted peppers, spice and earth to return, though the creaminess from before has mostly faded. As the final third starts, the pepper note shifts again to a mild jalapeño pepper flavor, with the continued spices and earth. The profile hasn’t been overly complex, but the shifts in pepper notes has kept it interesting. Though the burn had gotten wavy in the second third, it has corrected itself in the final third, returning to a mostly even line that keeps making those nice ash lines. As the cigar wraps up, the harshness has reappeared, though only slightly, but just enough to sully the pepper, spice and earth notes. Alec Bradley has historically not been a line I gravitate towards very often, and not necessarily because they don’t have some decent cigars, but they just don’t resonate with me like they do with other people. The Tempus Nicaragua was something I was looking forward to trying however and for the most part it was an enjoyable experience. Good flavors, though not overly abundant, were produced throughout the cigar and mostly good construction complimented the Medius 6 nicely. The third sample seemed to be an off sample, but regardless it will still factor into the final score. Despite that, it is still a cigar I think you should go try for yourself, especially if you enjoy Nicaraguan puros.