While 2016 was formally an extremely quiet year for new Alec Bradley products, behind-the-scenes it was anything but. From August 2016 to May 2017, we reported on over 15 new lines from Alec Bradley that were shipped to stores as part of the company’s efforts to get new brands into the market before the U.S. Food & Drug Administration’s (FDA) premium cigar regulations went into effect.

Two of those cigars—Black Market Estelí and Prensado Lost Art—got their formal release at last year’s IPCPR Convention & Trade Show. Prensado Lost Art is a take on the company’s popular Prensado line, with the blend described as “tweaked.” Based on the blend components, the only change on paper is that this cigar features two binders—one from Honduras and another from Nicaragua—while the original line only has the one from Nicaragua. 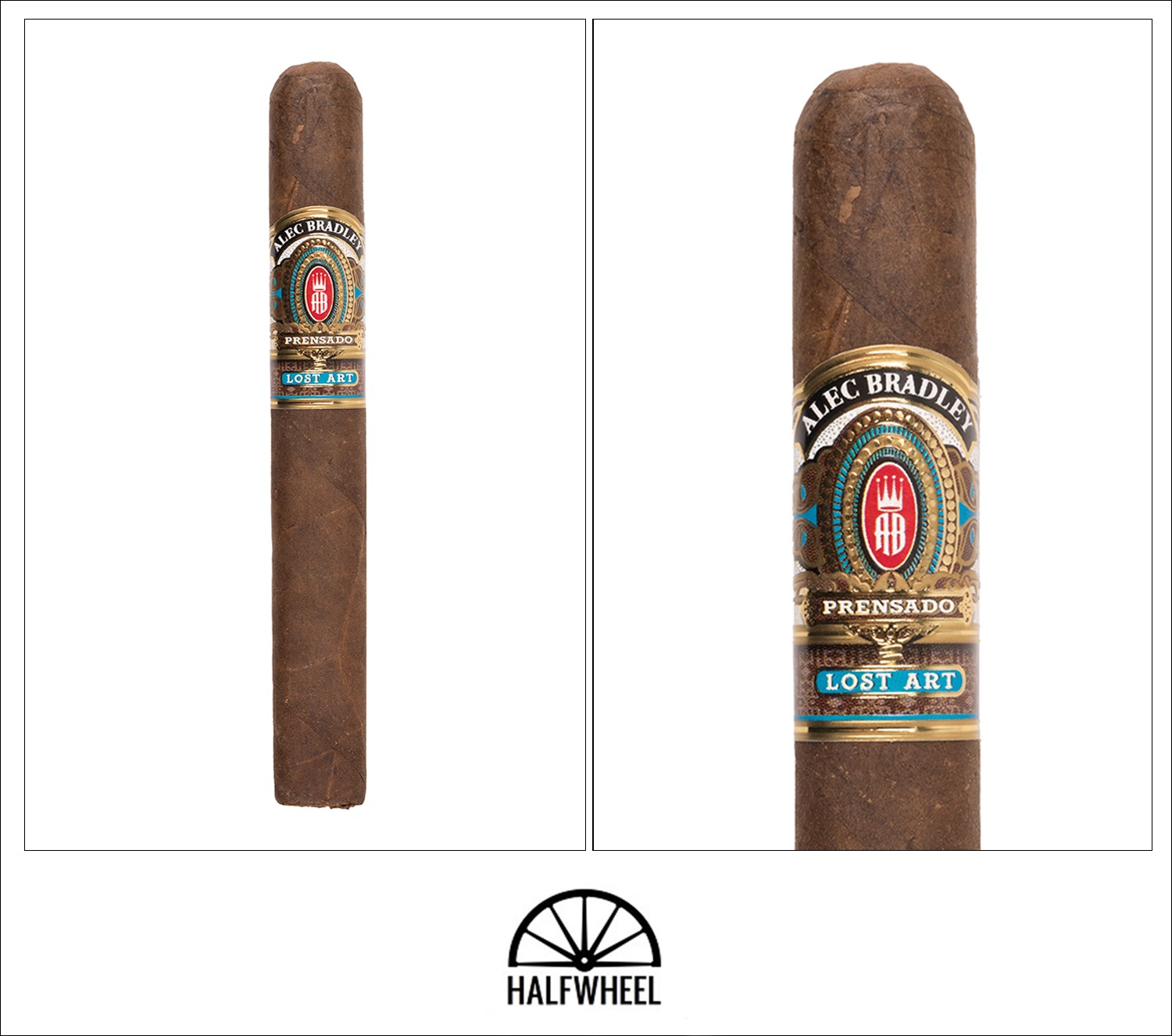 I would be hard pressed to tell the difference between this and the original Prensado line. If I were to nitpick, this cigar features a more rectangular press compared to the Prensado, which is more square. Aroma off the Honduran wrapper has chocolate, leather and earth at the medium-plus level that reminds me more of Nicaraguan cigars of the early 2010s. The foot is dominated by sweet chocolate, raisins and spices with gingerbread and oranges behind that. It’s a bit stronger than the wrapper in terms of intensity. The cold draw is stronger and features a lot more flavors, in the plural, with chocolate ice cream and pecans leading the way. There’s some weird plastic-like flavor behind it, I can’t really describe it other than it’s chemical-like and was present in different intensities with each sample.

The Alec Bradley Prensado Lost Art starts similar with nuttiness, chocolate ice cream and a burnt pecan kicking it off. There’s cedar, a lot more burnt flavors and fortunately, no plastic. As the first third progresses, earthiness and creaminess move to the forefront. There’s some floral flavors and a really crisp cedar behind that with acorns and some lemon rounding out the secondary notes. It’s medium-plus in flavor, medium-full in body and medium-plus in strength. 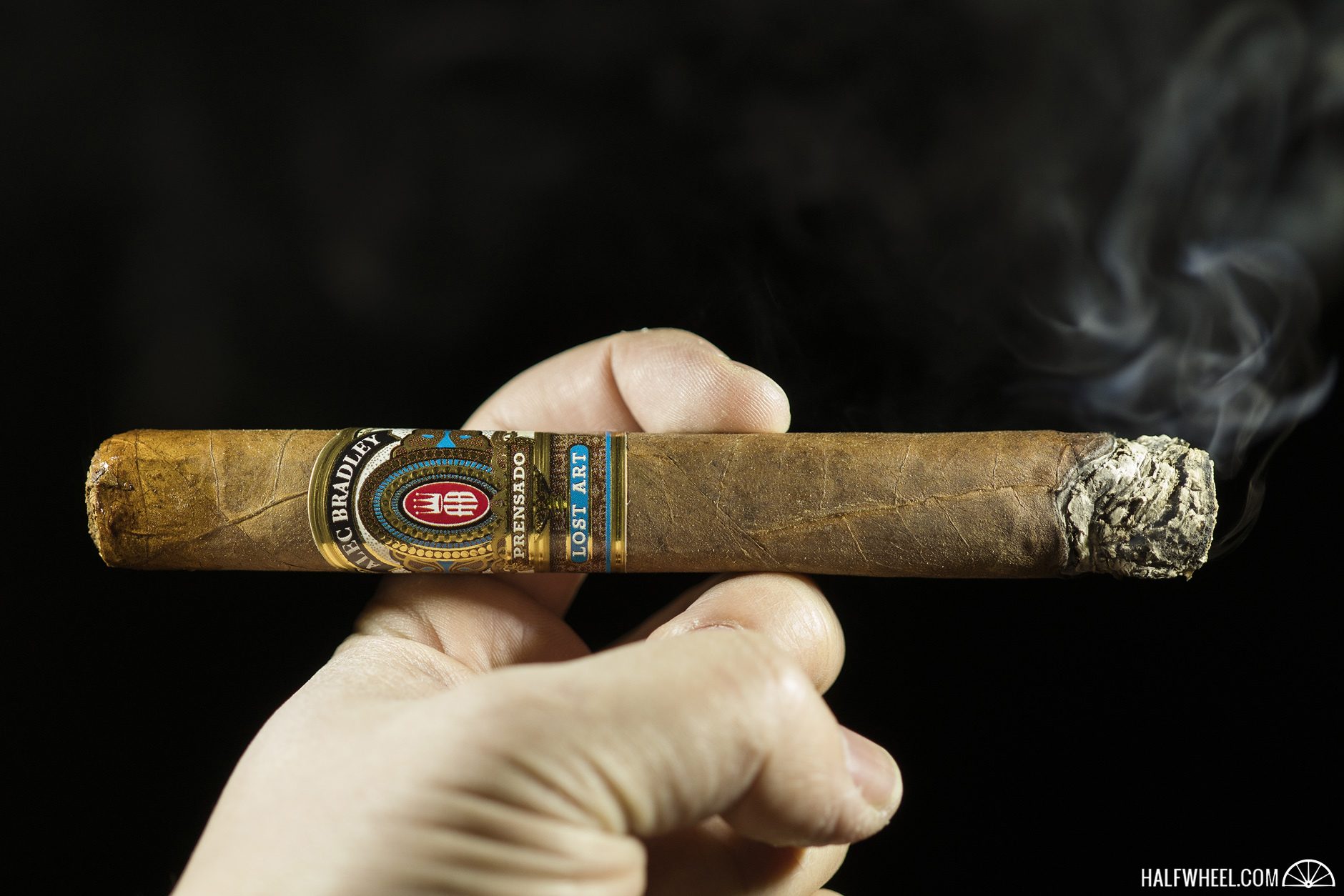 While I hadn’t had any issues in the first third, my lighter is being used for the second third, sometimes to correct an uneven burn and other times because the smoke production dies down. Flavor-wise, pistachio comes out of nowhere and takes the top spot before the halfway mark. By the midway point, that changes with earthiness and lemon joining the green nut. Behind that is some saltiness and a tortilla flavor. Unfortunately, the latter parts of the second third bring some herbal bitterness, which I could do without. Flavor picks up to full, body is medium-full and strength is medium-full. 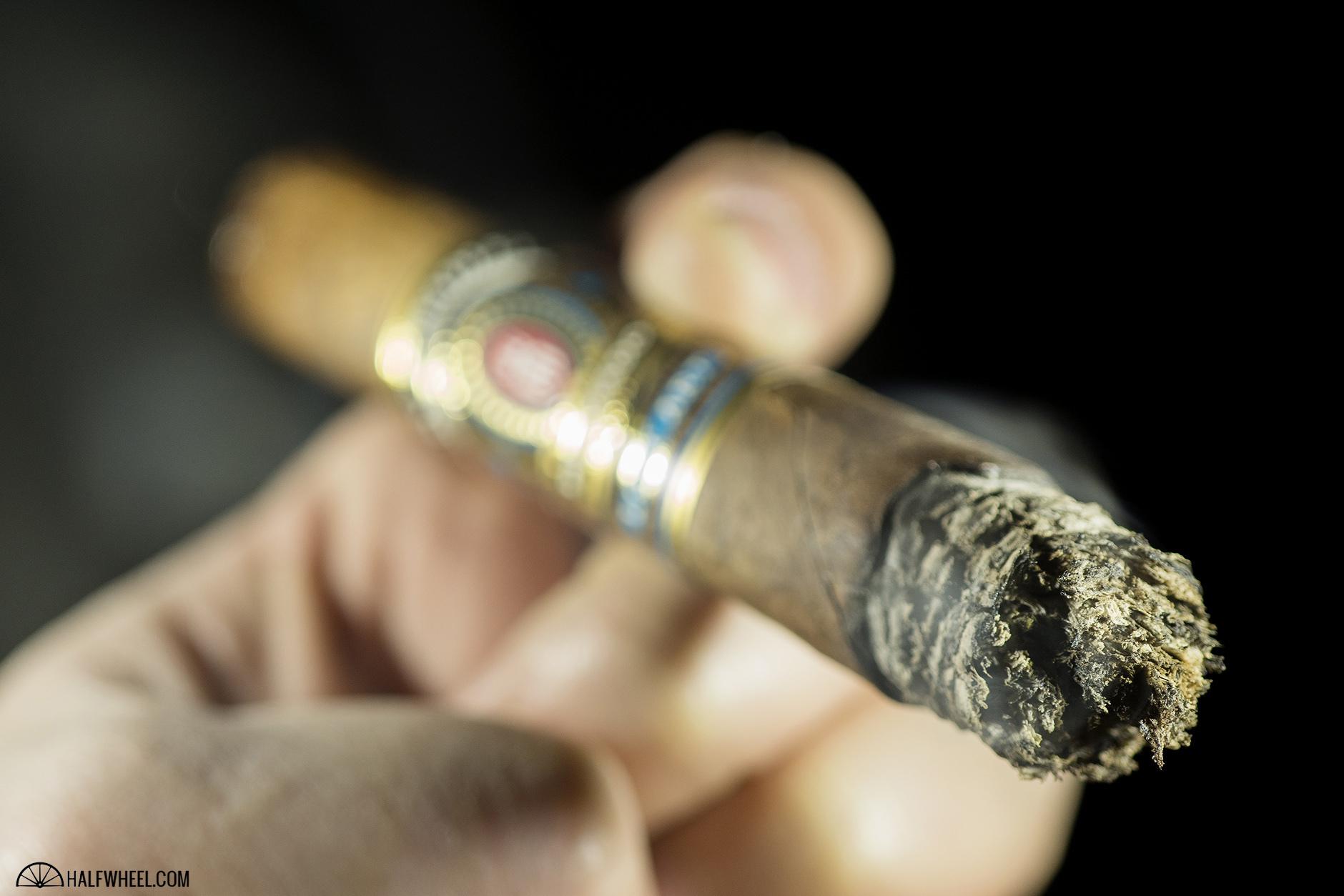 Flavor-wise, there’s not a lot of positives for the final third. It’s earthy and harsh for much of it. There’s no real pepper, just some metallic and bitter flavors. With an inch left a really distinct sweetness emerges in the back of the throat—what I imagine the after effects of chugging simple syrup would be like—but it really isn’t enough. The most surprising change however is the strength, it’s now full and on two samples, leading me to believe my head is close to spinning. Touch-ups are required to keep the Alec Bradley smoking until the end, but otherwise construction is fine. 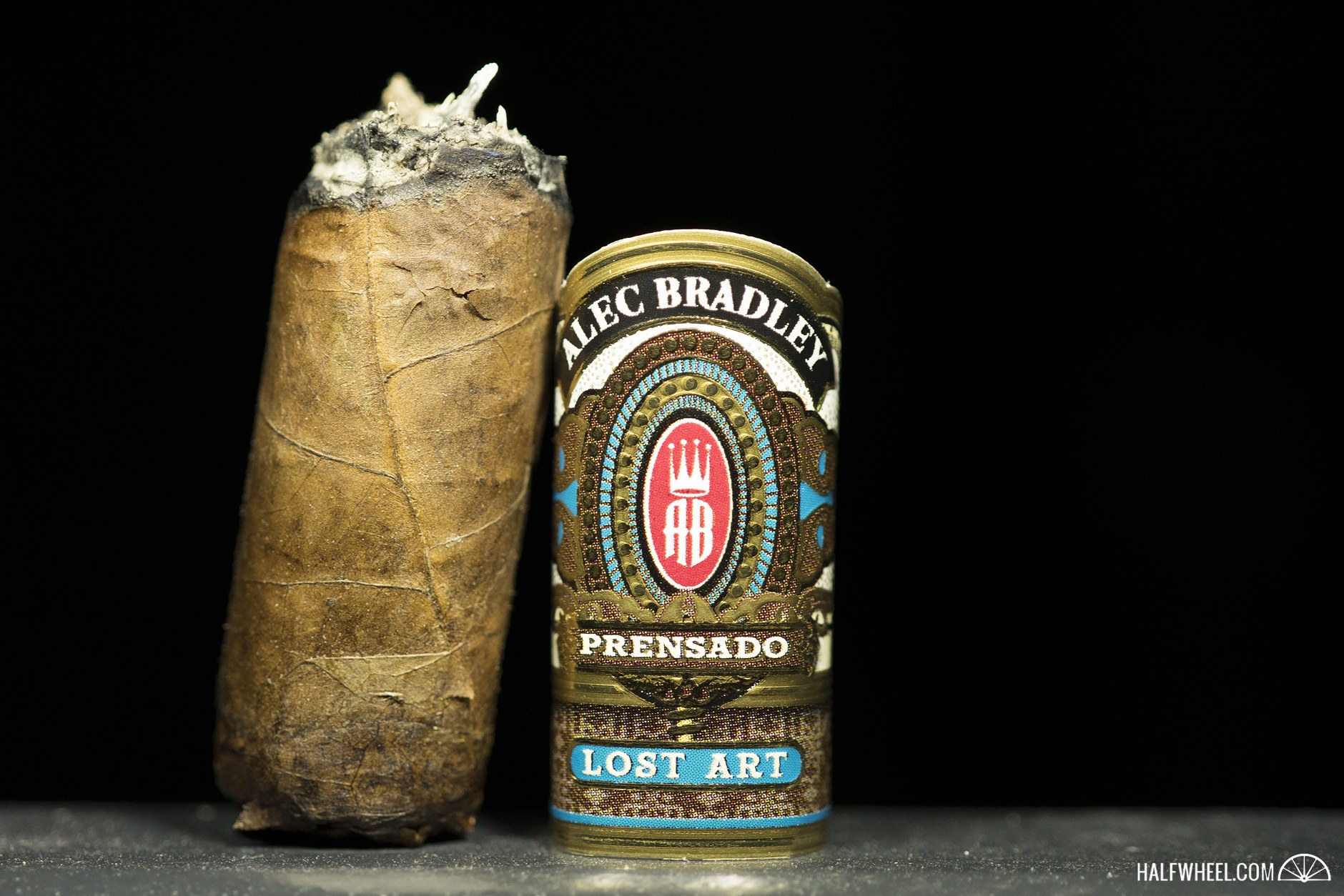 Editor’s Note: The original version of this story indicated the company had not stated the reasons behind the name. It has and the story has been updated to reflect that.

It’s a bit challenging to write this review without starting about how the cigar finished: strong. While the opening was not mild, the Lost Art showed no signs of getting to the headspinning levels it approached with less than two inches remaining. That final third was not the best part of the cigar, but the other two thirds and the overall progression produced a cigar that was enjoyable. This isn’t your typical Alec Bradley, but I’d gladly pay the price of admission again.