A new release from Alec Bradley has landed in London.

C.Gars Ltd. and Turmeau’s Tobacconist have released the Alec Bradley Orchant Seleccion, which gets its name from Mitchell Orchant, the managing director of C.Gars Ltd. Orchant began using the Orchant Seleccion branding on his own curated selections of Cuban cigars that he selected for their particular quality in comparison to others in a shipment, reflecting was has been referred to as the finest examples of brand, vitola and vintage.

The Alec Bradley Orchant Seleccion uses a Honduran seco wrapper from Trojes, with a dual binder of leaves from Estelí, Nicaragua and Trojes, Honduras. Underneath that is a Nicaraguan filler, with tobacco from Estelí and Jalapa. The cigars are being made in Danlí, Honduras, though the factory has not been specified. 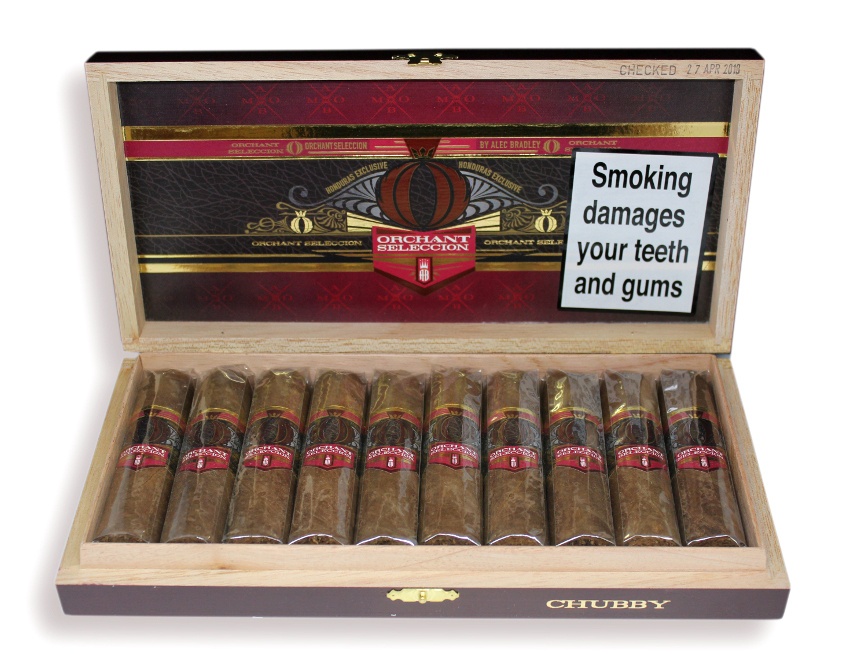 The line is being released in three sizes:

It’s the formal release that has been circulating since late 2017, when pre-release versions began circulating. According to James Peasley, general manager of C.Gars Ltd.’s Norfolk location, the cigars have been ready and resting at the factory since May 2017 in order to get them to optimum smoking condition. He added that just 100 of each size were released with the prerelease banding.

The store has also released an Orchant Seleccion line with Oliva, Davidoff, and on a release from Regius.