I wish I could say that there was a more in-depth or even glamorous process when it comes to picking cigars for redux reviews, yet there’s really not. As I believe all of us have explained at one point or another, the process—at least for me—goes along the lines of head to our respective redux humidors and start searching for something that meets the six-month minimum and would seem interesting to revisit. For me, I generally prefer to find cigars that are nearing a year or two since I originally reviewed them, and that they were either rather notable when released or are still available on the market, which led me to the Alec Bradley Medalist Toro.

Released in April 2018, the cigar was released both as a nod to Alec Bradley’s past and an acknowledgment that some of the cigars that earned the company recognition might have turned off fans of milder cigars.

“We are also asking milder cigar smokers who have shied away from us to give us a chance,” said Alan Rubin, founder of Alec Bradley, when the cigar was releaed. “Medalist is smooth and complex with a light natural sweetness. Medalist hits a presentation, flavor and price point that is attractive to many smokers that we haven’t spoken to in a while.”

To do this, the company went with a shade-grown Honduran wrapper atop a Honduran binder and fillers from Honduras and Nicaragua, with production handled by the Tabacos de Oriente factory in Honduras. It debuted in four sizes, all of which come in 10-count boxes, and which haven’t changed since its debut:

Here’s what I said about the Alec Bradley Medalist Toro when I reviewed it in June 2018:

I commend Alec Bradley for attempting a return to the milder end of the spectrum, though I’m not sure the goal was quite achieved, at least not without some adjustment for the new definition of mild. The first half of the cigar certainly does a better job flirting with the idea than the back half, where the profile gets a bit more aggressive, but when it hits the mark, the Alec Bradley Medalist does an impressive job delivering complexity without overly relying on pepper to grab the smoker’s attention. The other goal of this project—delivering a cigar at a lower cost—certainly was achieved, and helps make the case to give the Medalist a try. 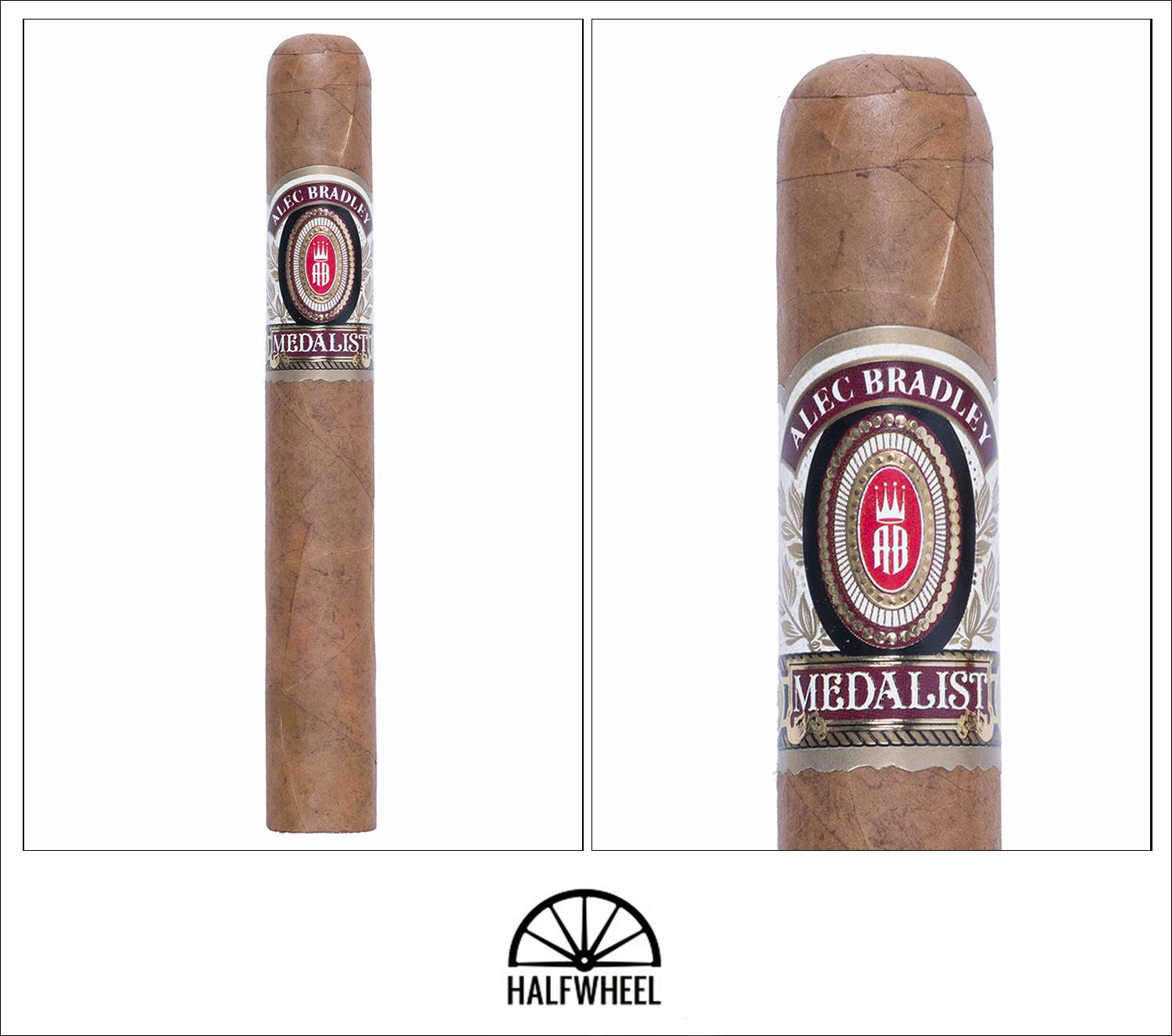 The Alec Bradley Medalist Toro certainly bears the marks of a milder cigar, with a lightly colored wrapper, hardly even meriting using the word brown as it is that shade that reminds me of straw and graham crackers. The band doubles down on that, with a cream-colored background and images of golden tobacco plants. There’s a bit of mottling towards the head of the cigar, veins are small, thin and fairly flat, and while visible, the seams are perfectly laid. The cigar is very firm, something I don’t need to squeeze too hard to find out, and something I’d be reluctant to push given the seemingly fragility of the wrapper leaf. The foot offers familiar aromas of white toast and pepper, both of which tingle the nose quite well. A bit more inspection reveals some half-and-half creaminess as well. The cold draw is near perfect in terms of airflow, smooth and easy but hardly loose. The creaminess takes the lead here, though it’s not as thick as it was in the aroma. There’s a bit of white bread—now untoasted—and hardly any pepper.

The first puffs of the Alec Bradley Medalist Toro starts out just a bit sour, making me think of a blend using a Connecticut-shade grown wrapper, but this doesn’t. It’s also pretty readily apparent that the body of the cigar is a bit fuller than that prototypical mild cigar, and not long after, some black pepper reinforces that once again, particularly through a retrohale. The brief sourness from the first puffs disappears after less than five minutes, and by the one-inch mark, the cigar’s profile has me thinking anything but mild. There’s plenty of black pepper leading a somewhat thin but creamy profile, though the two aren’t matched up as well as they could be. Once that flavor gets established, it carries much of the first half of the cigar, save for occasional creaminess to soften and round out the profile, it doesn’t appear to be veering too far off course. Right around the midway point, the pepper starts to sharpen up a bit, becoming just a bit more aggressive on the tongue and full through the nose, but it’s not long before more of the creaminess comes to the rescue to balance things out. Technical performance has been good so far with plenty of smoke, an easy draw and fairly even burn line. My only note—and this of my own doing—is a small chip of tobacco missing near the head that I believe was caused by me checking the firmness of the cigar prior to lighting it. As the second half gets underway, I’m still not thinking of the word mild very much, or even milder when compared to other cigars on the market. The Alec Bradley Medalist Toro continues to deliver a much more pepper-forward profile than its billing might lead one to believe, seemingly leaving no taste bud untouched. The rest of the profile has begun to shift towards dry wood, which in turn steadily begins to dry out my mouth and tongue. There’s also the beginnings of some earthiness around the start of the final third; it too contributes some dryness and isn’t as heavy or rich as other expressions, but its addition does improve the overall profile, giving it some complexity and breadth. There’s still plenty of pepper to be found through the retrohales, along with a bit of toast beginning to emerge as well. I also notice that in the final third, the burn line doesn’t seem to be in any hurry, slowly moving towards the cigar’s eventual conclusion with only minimal urgency. The burn line has gotten a bit uneven, enough that I give it one touch up to bring the cigar home with a bit better presentation. The draw and smoke production are both good, and eventually, the cigar reaches its final puffs just under two hours in smoking time, with pepper and dry wood leaving a lasting tingle on my tongue, flavor finishing close to full, body still a thin medium, and strength closer to medium as well.

While I still can’t bring myself to put the Alec Bradley Medalist Toro in the category of a milder cigar, I can say I'm still impressed by what it has to offer. While the first and second thirds are a bit singular in their offerings the final third shows some complexity and development that puts the profile into a very enjoyable—if a bit dry—spot. It’s also an impressive profile for a lower-cost premium cigar, with several puffs delivering more than a $6-7 price tag might suggest. It may not be mild, but it is still enjoyable and affordable, which are two characteristics I'm happy to put on any cigar.