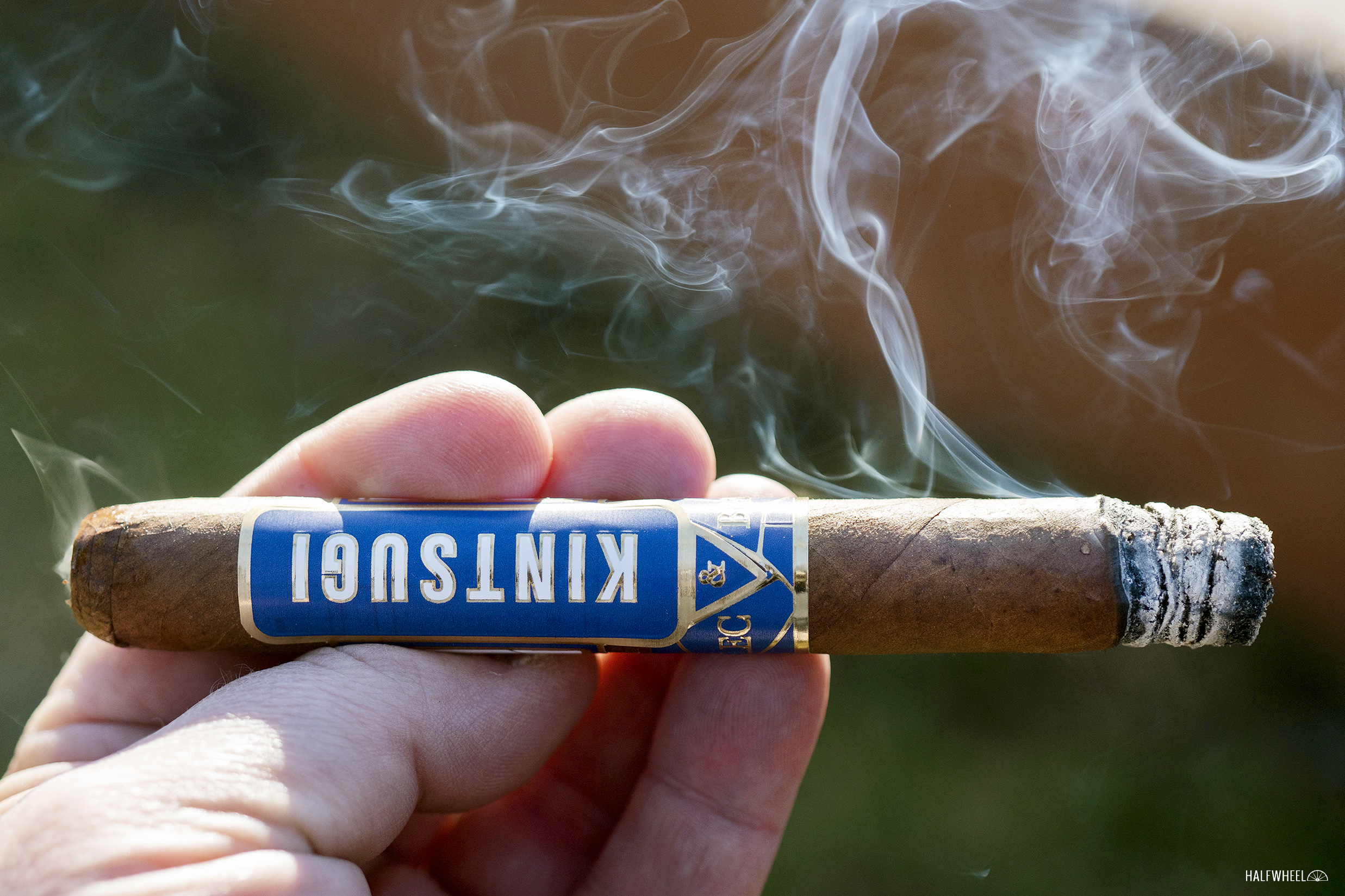 In August 2018, Alec Bradley shipped the first cigars in a new brand that was created by Alan Rubin’s sons, Alec and Bradley, which is appropriately—if not somewhat confusingly—named Alec & Bradley. In fact, both Alec—who is now 28—and Bradley—age 24—work for Alec Bradley: the former in marketing, promotions and sales support, while the latter assists with marketing and social media as well as sales support and promotions.

That first release was Blind Faith, a three-vitola blend whose name refers to the trust that they were seeking from retailers to carry the debut cigar. The sophomore release from the duo named Gatekeeper hit shelves in September 2019, and was made with the assistance of one of the most well-known cigar makers in the business, Ernesto Perez-Carrillo Jr.

Fast forward to March 2020, when Alec & Bradley announced its third creation, which was named Kintsugi (pronounced kin-tsu-gee) after the Japanese art form of repairing broken pottery by purposely highlighting the cracks in gold before using lacquer to bind the pieces together again. The line originally including only three sizes, but the corona gorda vitola was added in early July.

“Unfortunately, the cigar industry seems to be a bit fractured right now,” said Bradley Rubin in a press release. “We are all fighting to reduce or eliminate regulation, but there is little consensus on how to achieve this. We can all learn from the Kintsugi story. We are all better together. The passion behind premium cigars is the gold lacquer that binds.”

In terms of blend, the regular production line incorporates a Honduran habano wrapper from the Trojes region covering both Nicaraguan and Honduran tobacco that is being used for both the dual binder and the fillers. As is the case with the debut release under the Alec & Bradley brand, the Kintsugi cigars are being rolled at the Raíces Cubanas factory in Danlí, Honduras.

The Alec & Bradley Kintsugi debuted in four different vitolas, all of which are packaged in boxes of 24. 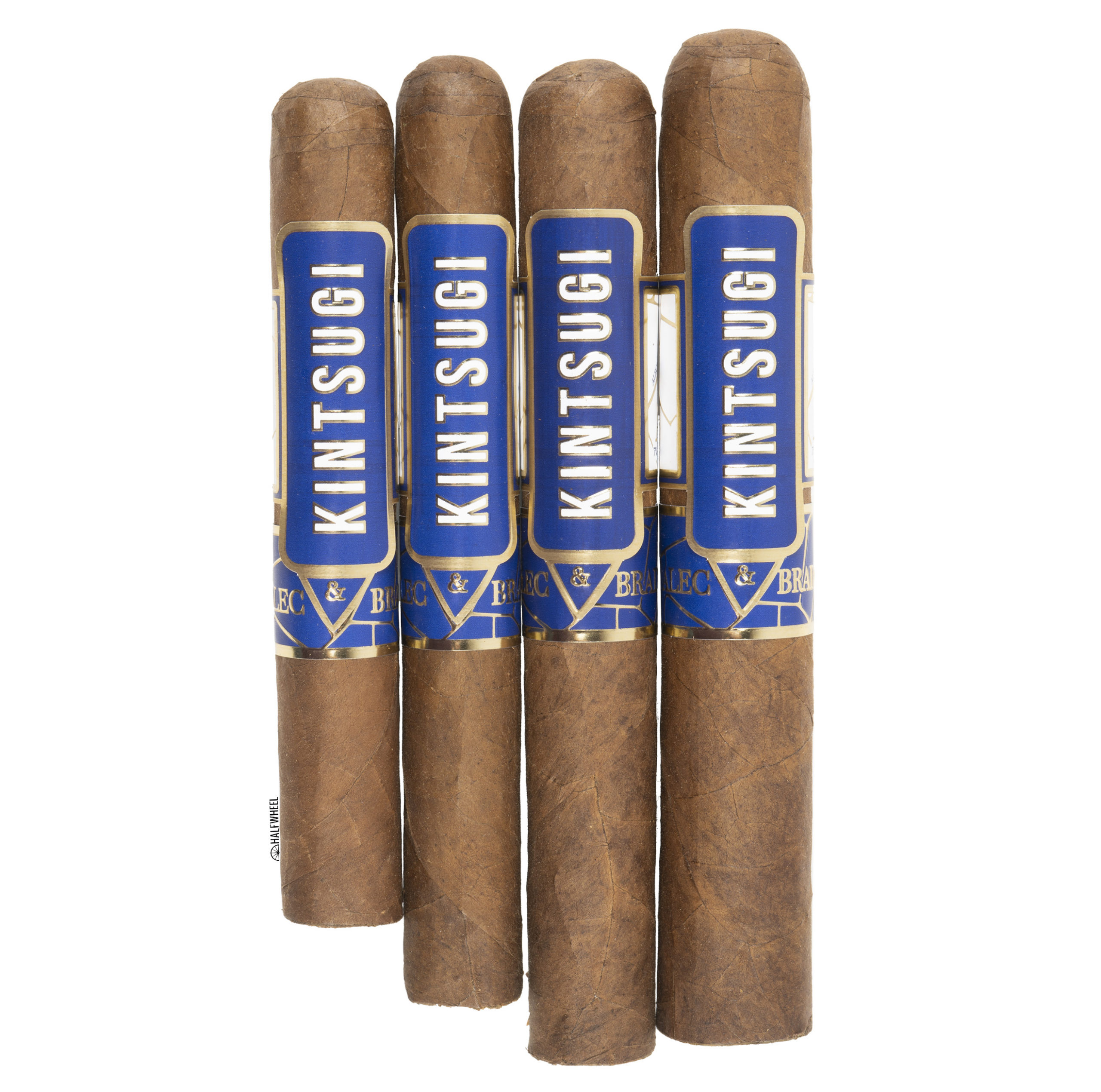 Although the Kintsugi were originally scheduled to ship to retailers in May 2020, the release was delayed due to the coronavirus pandemic, and cigars eventually began making their way to shelves in early December 2020. 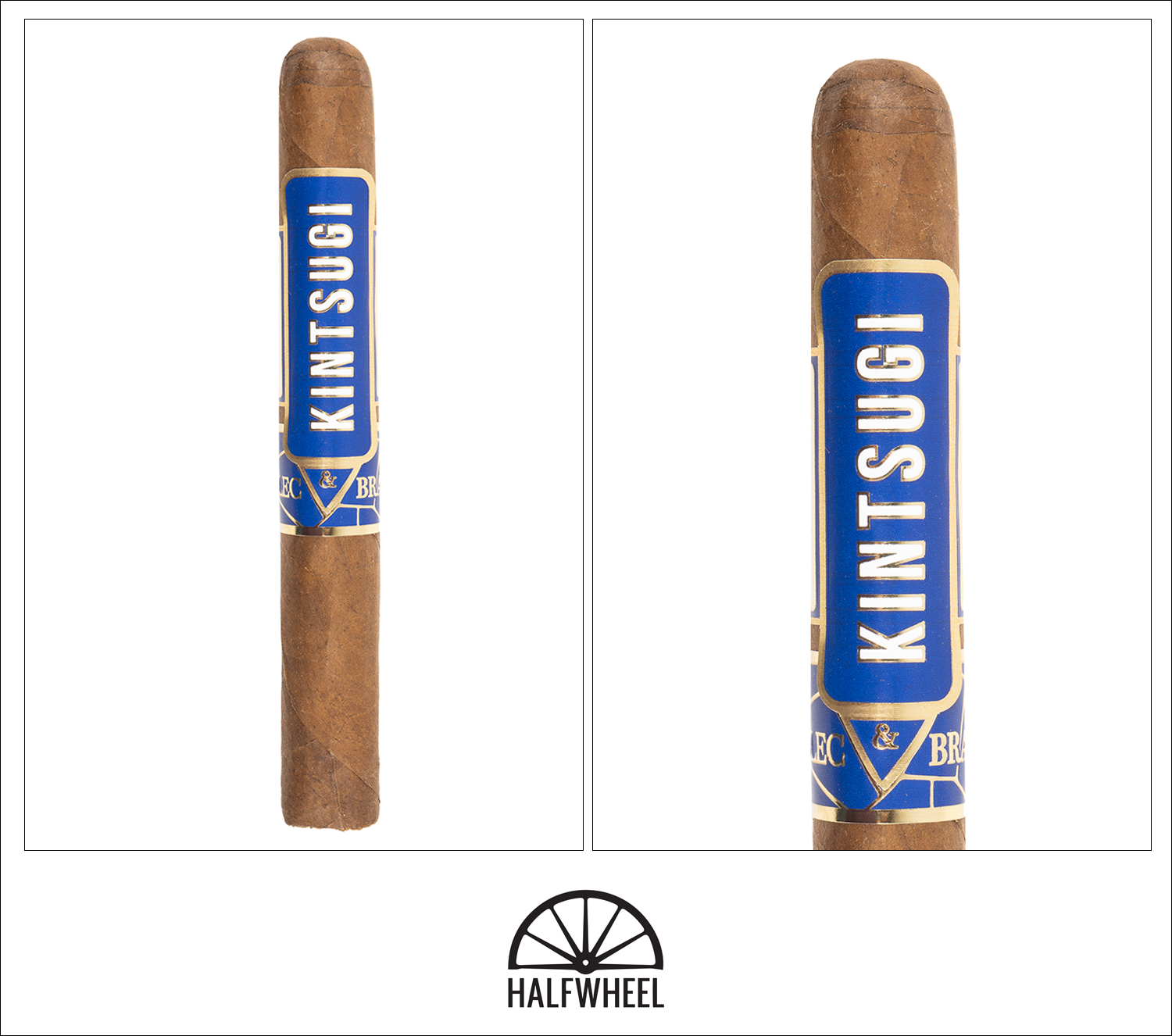 Visually, the Alec & Bradley Kintsugi Corona Gorda is covered in a dark brown wrapper that has a bit of tooth, but very few overt veins or signs of oil. On this particular vitola the two bands take up more than half of the available real estate of the cigar and it is nicely spongy when squeezed. Aroma from the wrapper is a combination of sweet hay, milk chocolate, sweet cedar, manure, leather, barnyard, earth and honey, while the cold draw brings flavors of strong floral and dark chocolate, along with espresso beans, hay, leather, bread, white pepper, cedar and a distinct candied pecan sweetness.

The first third of the Kintsugi starts off immediately with a dominant note of candied pecans sweetness that is pulled directly from the cold draw, followed by additional flavors of cocoa nibs, popcorn, toasted bread, leather, earth and a slight cinnamon. There is some noticeable white pepper on the retrohale as well as some slight spice on my lips that seems to be hanging around as the first third continues, but the retrohale is full of espresso bean bitterness and black pepper. Both the burn and the draw give me no issues so far and the smoke production is about average off of the foot while the strength starts out extremely light before hitting a point just over the mild mark by the end of the first third.

Some major changes begin happening in the second third of the Kintsugi Corona Gorda, starting with the dominant flavor, which has changed from the candied pecans to a distinct combination of flowers and dark chocolate, with secondary notes of creamy cedar, common, toasted bread, peanuts, gritty earth, hay and slight minerals bring up the rear. While the white pepper on the retrohale has receded a little and I can taste a bit of honey as well, the spice on my lips from the first third is long gone by the halfway point. Construction-wise, both the burn and the draw continue to impress, while the strength increases slightly by the end of the second third, reaching a point between mild and medium—albeit slightly closer to medium—by the time the second third ends. 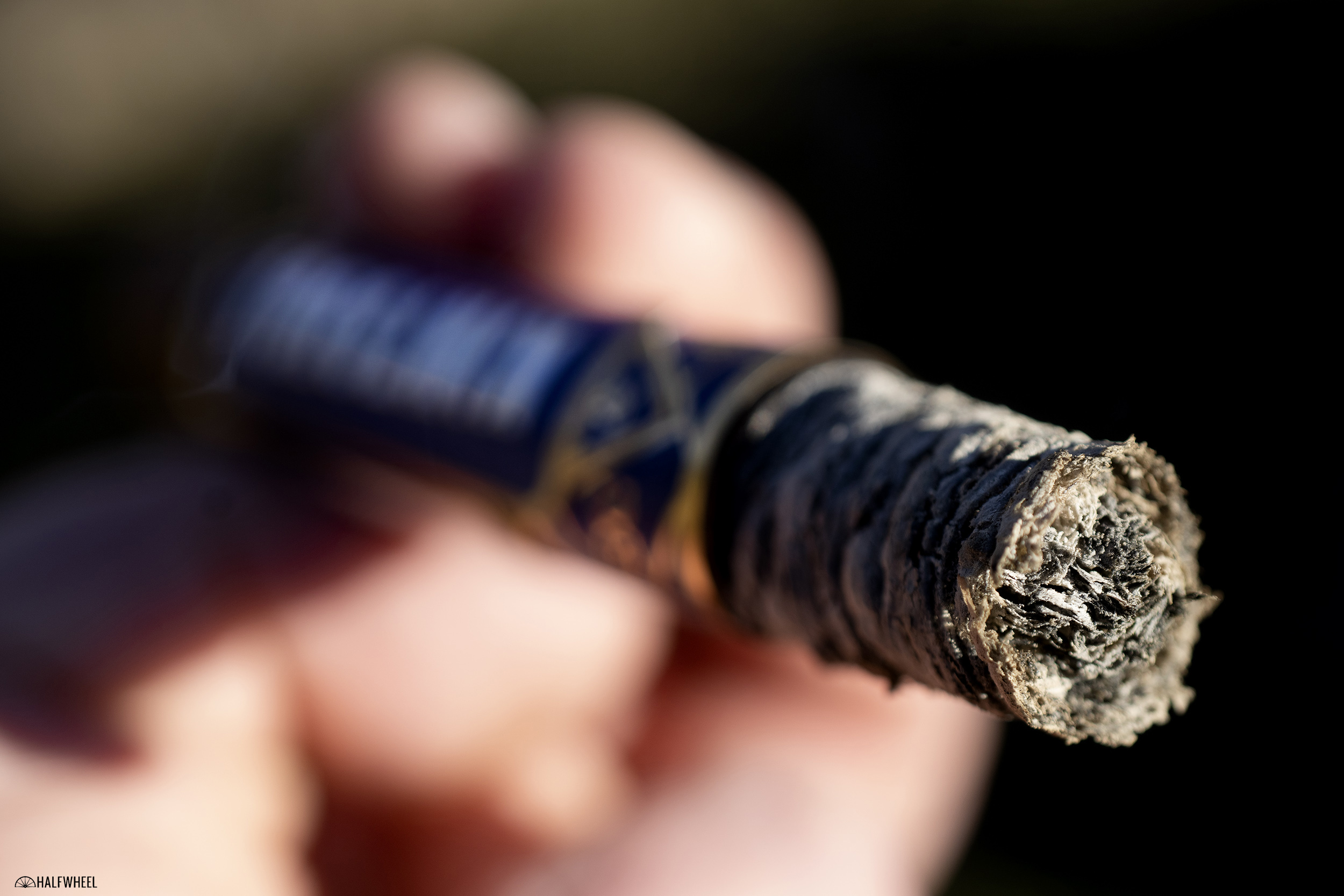 There are more changes in store for the profile of the new Alec & Bradley during the final third, as the dominant flavors shift again, from flowers and dark chocolate to a Mexican hot chocolate flavor, basically a combination of dark chocolate and cinnamon. Secondary flavors of creamy cedar, leather, dough, hay, peanuts, espresso beans and earth flit in and out in various amounts, while the white pepper on the retrohale and the slight honey sweetness both remain about the same level. Construction-wise, the draw is as good as ever, and while I do have to touch up the burn once near the end of the cigar, it was never threatening to become a major issue. Finally, the strength increase enough to reach a point just below medium by the time I put the nub down with about an inch remaining. 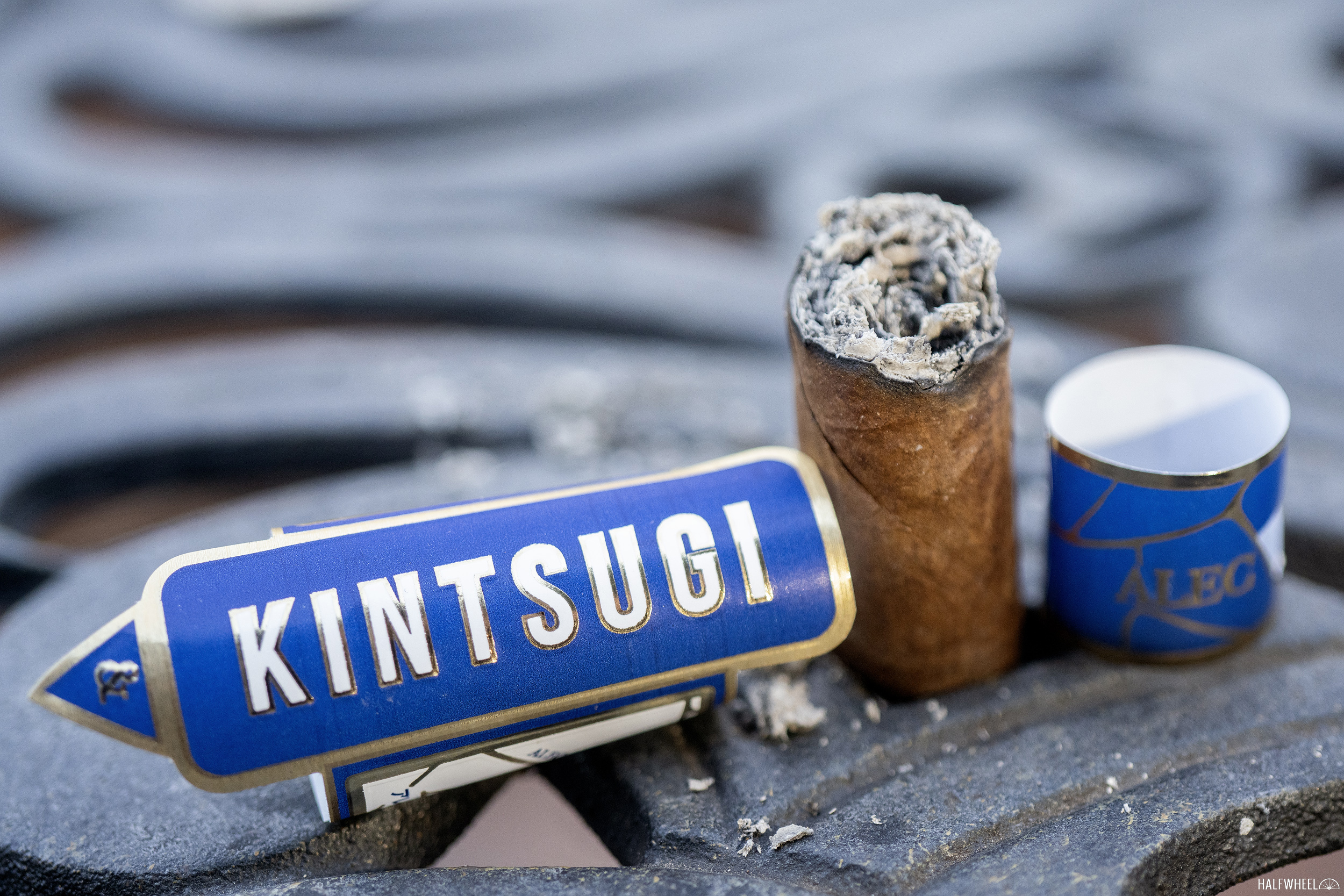 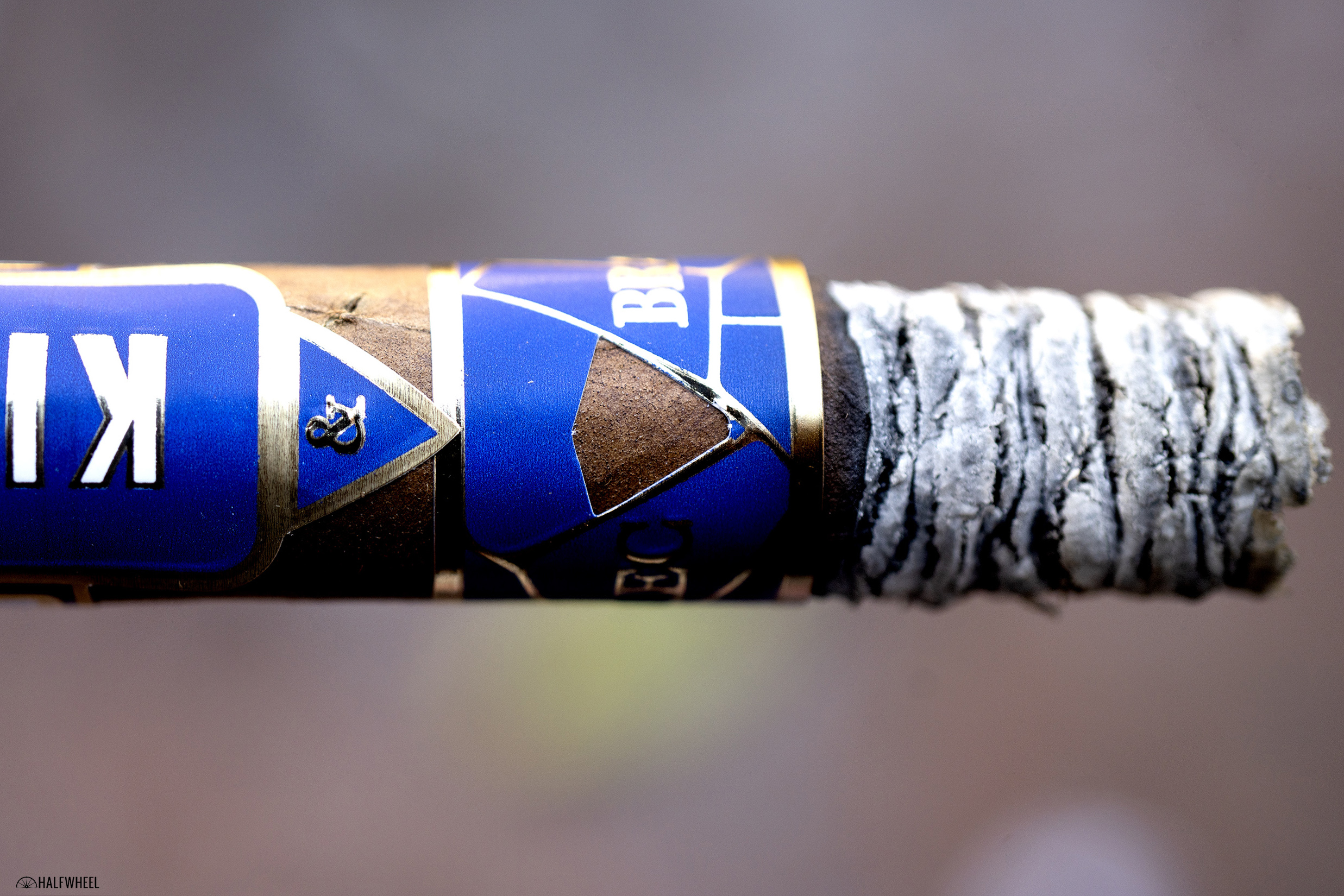 I knew from the moment I tasted the cold draw that the Alec & Bradley Kintsugi was most likely going to give me a fun ride through flavor town, and thankfully, it did not disappoint. From the extremely sweet and complex first third to both the flowery chocolate and spicy Mexican hot chocolate combinations that dominated the second and final thirds respectively, the Kintsugi never let up and featured quite a bit of nuance and richness as well. In general, I have historically not been a huge fan of the flavor profile that Honduran tobacco has given me, but the Alec & Bradley Kintsugi is easily one of the best blends I have smoked in the past five months.