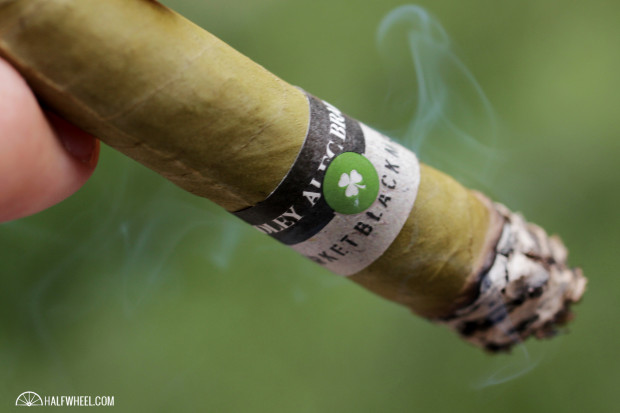 In January 2013, Alec Bradley announced that they would be celebrating St. Patrick’s Day with a new twist on their Black Market cigar, a candela-wrapped version called the Dirty Hooligan. The name, which ran afoul of another manufacturer, was soon changed to Filthy Hooligan and the limited edition cigar debuted ahead of the annual holiday.

In February 2014, Alec Bradley announced that the Filthy Hooligan would be returning for an encore, with an increased production of 3,000 boxes from the debut’s 2,000, and what they said was an extra year of age on the wrapper, which promises to make it even smoother and sweeter.

In a video released in conjunction with the announcement, Nestor Plasencia, Jr. explained that because of the process that goes into creating a candela wrapper leaf, the chlorophyll pigment sticks to the leaves and the sugars are being burned when you smoke it, thus delivering the noted sweetness.

Despite being a “one and done” cigar as described by George Sosa, Alec Bradley’s vice president of sales in 2013, the Filthy Hooligan returns in an identical size with identical bands and packaging that don’t distinguish between the two releases. 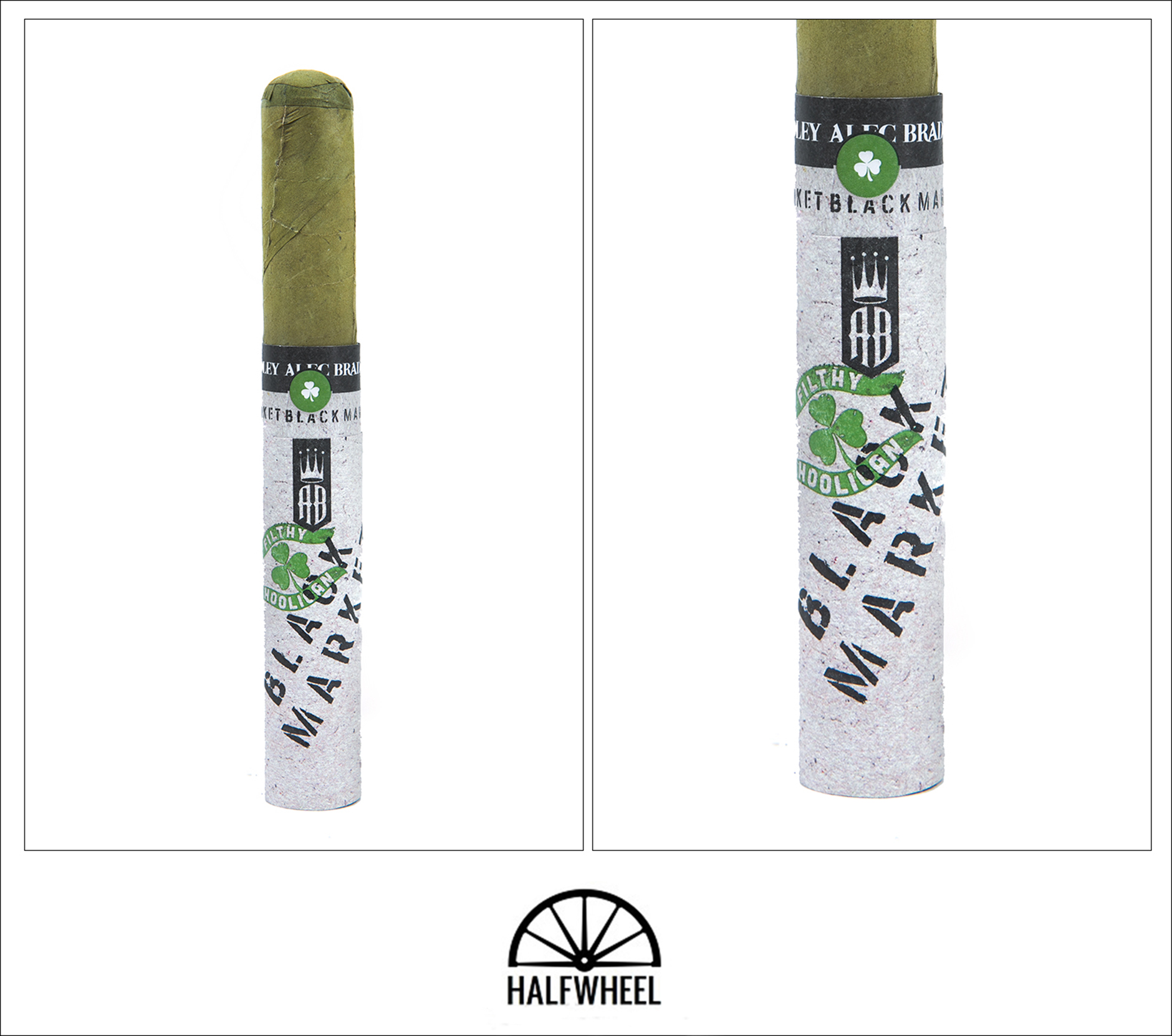 If you’ve never seen a candela before, the Filthy Hooligan will certainly catch your eye because of its shade, but once the large band that covers the lower half of the cigar is removed, you’re given a more complete look at the wrapper and its color, kind of a pea soup or olive green that I have a hard time imagining working for anything but a cigar. There are spots where the cigar is nearly perfectly smooth, yet the veins also stand out fairly distinctly on the incredibly thin leaf. The seam lines also seem to stand out more than I would have expected. Roll quality looks good with uniform firmness and only the slightest variation in give, though due to the aforementioned thinness of the wrapper any squeezing has to be done with the most delicate of a touch. The pre-light aroma is just the slightest bit sweet while also having some typical grass notes, with one cigar having wheat and grain notes as the lead. There wasn’t much in the way of vegetal notes present, which remains one of the things I think all candelas will inherently have. Pepper is minimal at best and you’ll be challenged to pull it out behind the other notes. The cap on the first cigar was already cracked and clipping the cap off only made the problem worse, and there were wrapper issues in each sample, whether it be some chipped seams or the removal of the bands taking some of the wrapper with it. The cold draw has more prevalent notes of celery and grass on it along with the wheat and grain component, while the air movement ranged from average to firm but without being restrictive.

There’s a good bit of pepper in the opening puffs of the Filthy Hooligan, by no means overpowering but certainly enough to make its presence felt on the tongue, while an early retrohale offers a surprisingly formidable challenge. The first few puffs are remarkably timid, save for the third cigar which was dryboxed and much more up front, with some notes of toast and sesame seeds but nothing that steps out and commands the palate. The third cigar had much more intensity from the wheat and grain notes, with a subtle sweetness in the nose that captured the better parts of the vegetal and grassy notes. While the Filthy Hooligan puts off a decent amount of smoke when it is puffed on, it quickly dissipates and produces hardly any when at rest. Despite the limited smoke production when at rest, it’s the aroma when the cigar isn’t being puffed on that is one of the areas where you begin to realize that you aren’t smoking a typical cigar, as it carries notes of grass and toasted sesame seeds that really works in the nose. 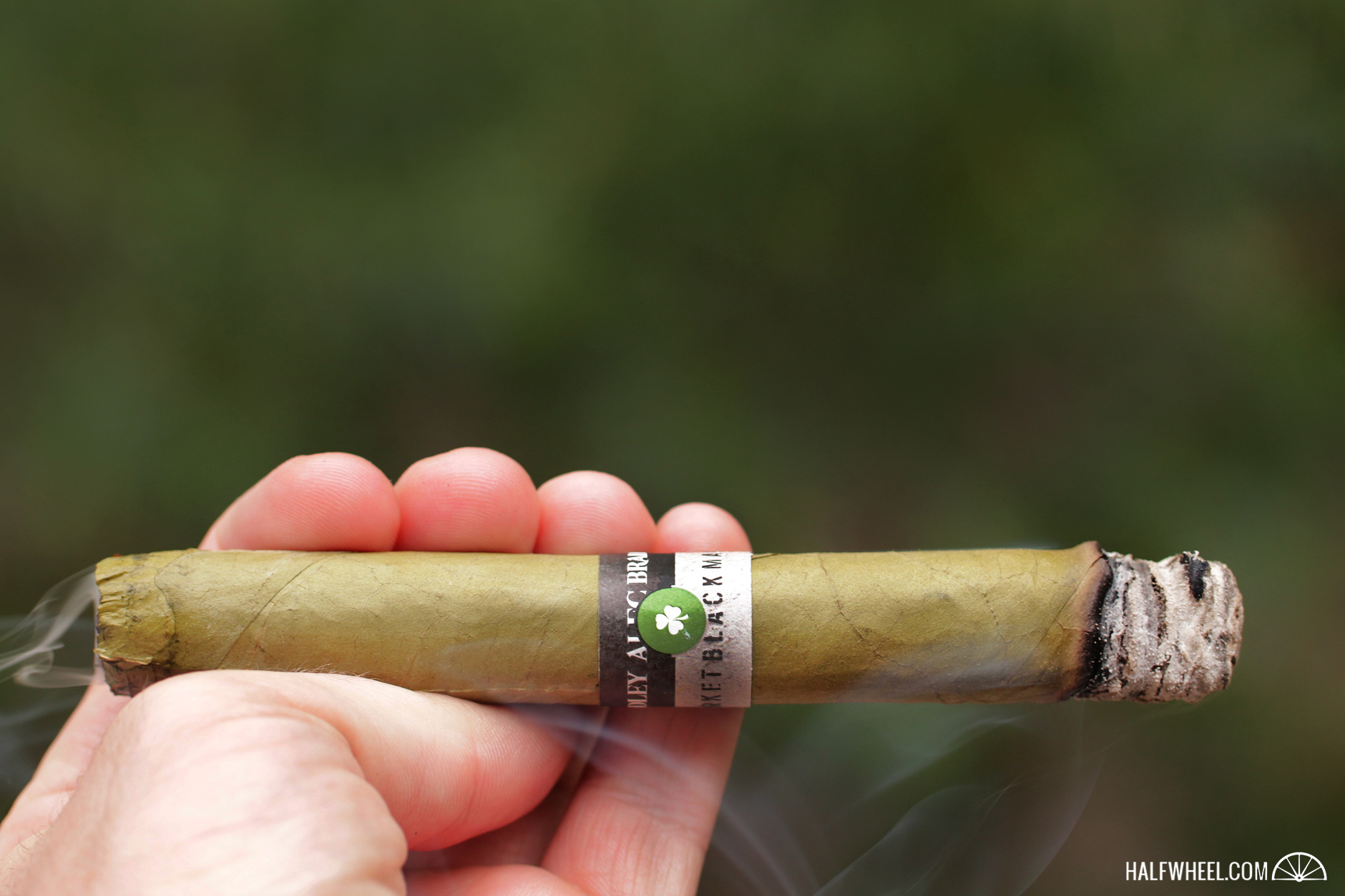 The added sweetness from the aging has yet to really show itself heading into the second third, but I will gladly give the Filthy Hooligan its due for delivering on smoothness to this point. There is a definite lull in flavors in the space between the transition to the second third and the midpoint line, and after three cigars I’m still struggling to find something descriptive to write about it; it’s almost as if the band takes their 10–minute break with nothing playing while they are away. While there isn’t much in the way of a kick in the first third, the Filthy Hooligan starts to pack a punch just shy of the midpoint, and while the spice or pepper content hasn’t changed noticeably from the beginning, the cigar can be felt much more in the gut. The flavors also begin to return in earnest, with a slightly amped up version of the wheat and grain notes from earlier on and just the slightest bit more pepper. While it would hardly qualify as a palate dominator, it certainly leaves an impression in the stomach as it heads to the final third. The burn rate isn’t notably slow on this cigar, as between the average draw and the very thin wrapper, I would have imagined it burning a bit faster than it did. The toasted notes take on a dry wood note and become the leading and most intense component in the flavor offering, and become by far the boldest flavor offering that the cigar has presented to this point. At times the flavors become a bit muddled and it is hard to pick out distinct notes other than a touch of char to the final product. There’s a touch of mint that seems to come out in the final inches as the Filthy Hooligan picks up a bit more strength and the smoke becomes just a touch too hot and bitter to be fully enjoyed. The texture of the smoke also changes a bit, becoming a touch fuller and offering more of a peppery punch in the nose while notes and aromas of toasted rice bring the cigar to a finish. 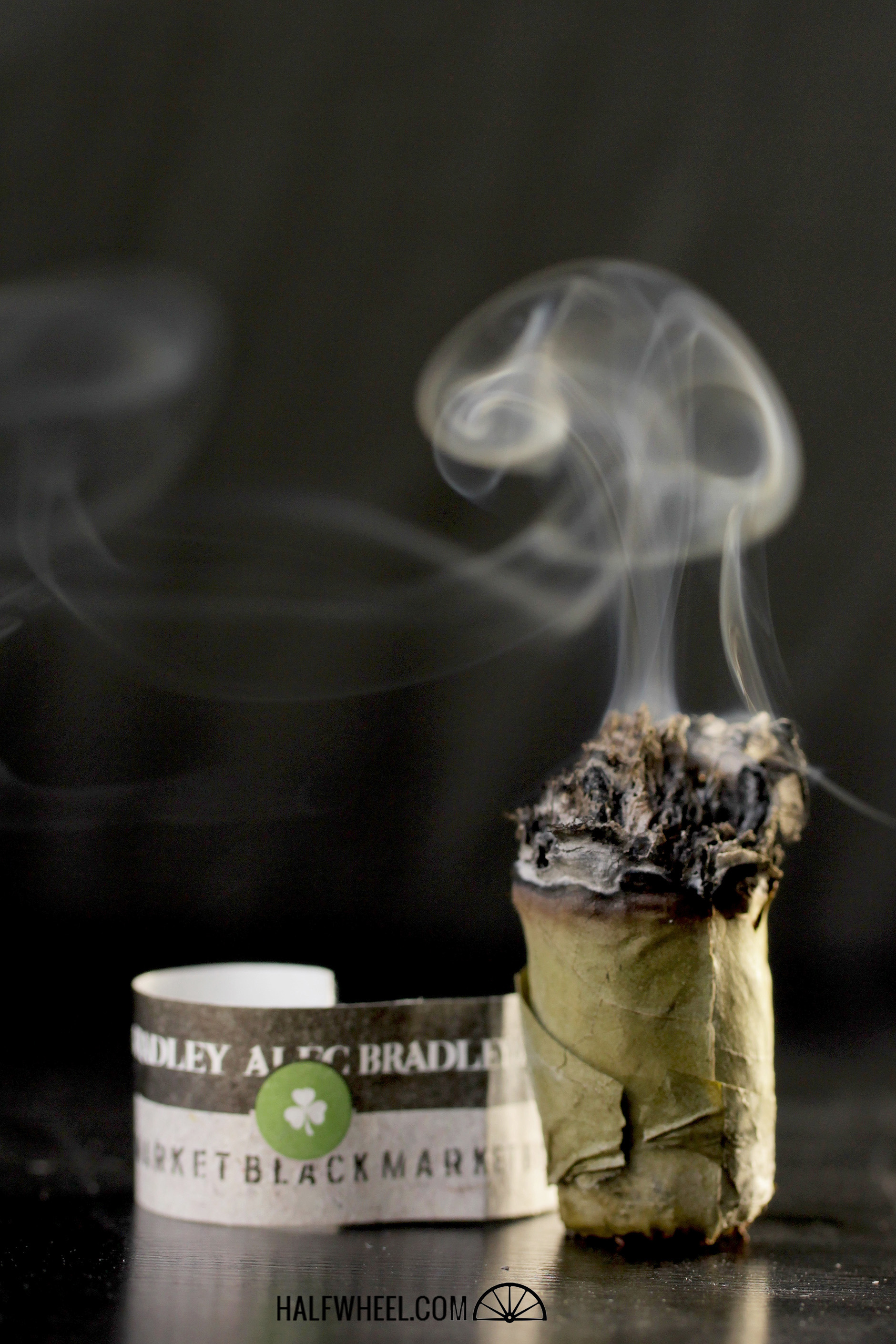 I don't know what it would take to get a candela cigar in my regular rotation, and while I don't think the Filthy Hooligan would be something I would stock up on to have it readily available in my humidor, it has enough merit to warrant it as something to change up the pace and experience a different flavor profile, let alone something that's enjoyable enough to celebrate the green-laden March holiday. What it lacks in flavor variation and changes, it makes up for in smoothness and commitment to its flavors with some varying levels of intensity. If you've yet to try a candela, or just haven't had one that you've found appealing enough to go back to, the Alec Bradley Black Market Filthy Hooligan is certainly worth a single-stick audition.