During the 2017 IPCPR Convention & Trade Show, Alec Bradley showed off a brand new version of its popular Black Market blend that “truly represents what the city of Esteli is all about,” according to the company. Named Black Market Estelí, the five vitola, regular production line comes packaged in 22-count boxes that are produced at Plasencia Cigars S.A., which is, coincidentally, located in Estelí, Nicaragua.

In terms of the blend, the name of the cigar might lead you to believe that it was rolled exclusively with Nicaraguan tobacco, but it is not. In fact, while the majority of the tobacco in the blend is Nicaraguan—and yes, quite a bit of it hails from the Estelí region of the country—the company has incorporated a double binder for this release: one from Nicaragua and one from Honduras. For comparison, the original Black Market blend incorporates a Nicaraguan wrapper covering a Sumatra binder as well as filler tobaccos from Honduras and Panama.

The Black Market Estelí is available in five sizes: 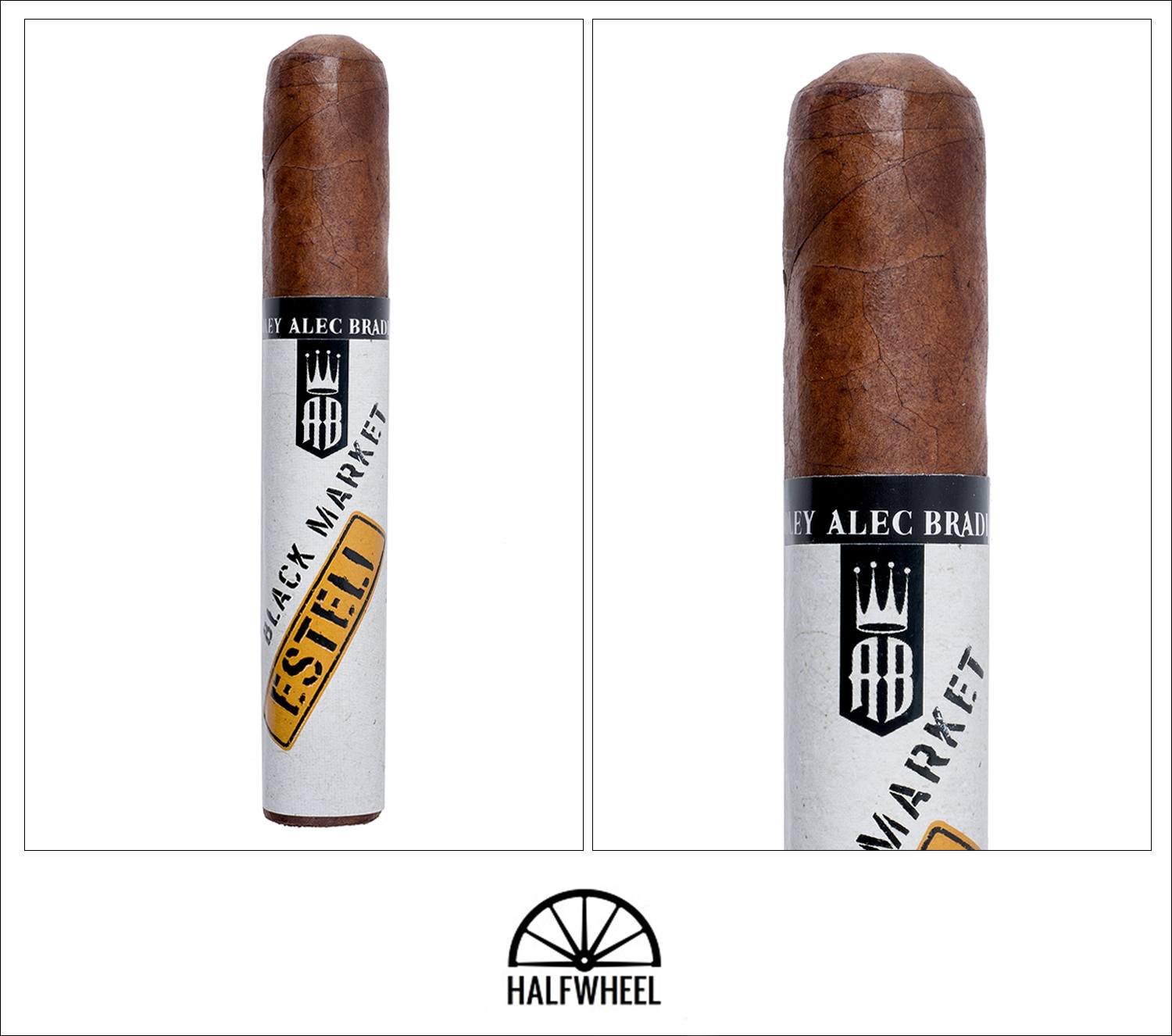 The first thing you notice about the Alec Bradley Black Market Estelí is the band, which covers almost two thirds of the visual real estate. Once that is removed, a dark espresso hued wrapper is revealed, fairly smooth to the touch and offering a generous amount of oil. There is a slight box-press visible and the cigar has some nice give when squeezed. The aroma from the wrapper is a combination of aromatic cedar, earth, leather, pistachios and cream, while the cold draw brings flavors of cashews, leather, dark chocolate, cloves and vanilla sweetness.

Starting out, the Alec Bradley Black Market Estelí features fairly basic flavors, none of which are dominant in comparison to the rest. Leather, earth, oak, hay and coffee are all present, along with a small amount of indeterminate sweetness that ebbs and flows throughout the first third. There is a bit of spice on the tongue as well as some slight black pepper on the retrohale, neither of which are even close to overwhelming. Smoke production off of the foot is well above average, and while the draw is excellent after a v-cut, the cigar has to be touched up a couple of times very early on. Strength-wise, the Black Market Estelí starts off fairly mild, increasing to a point close to the medium mark by the end of the first third. 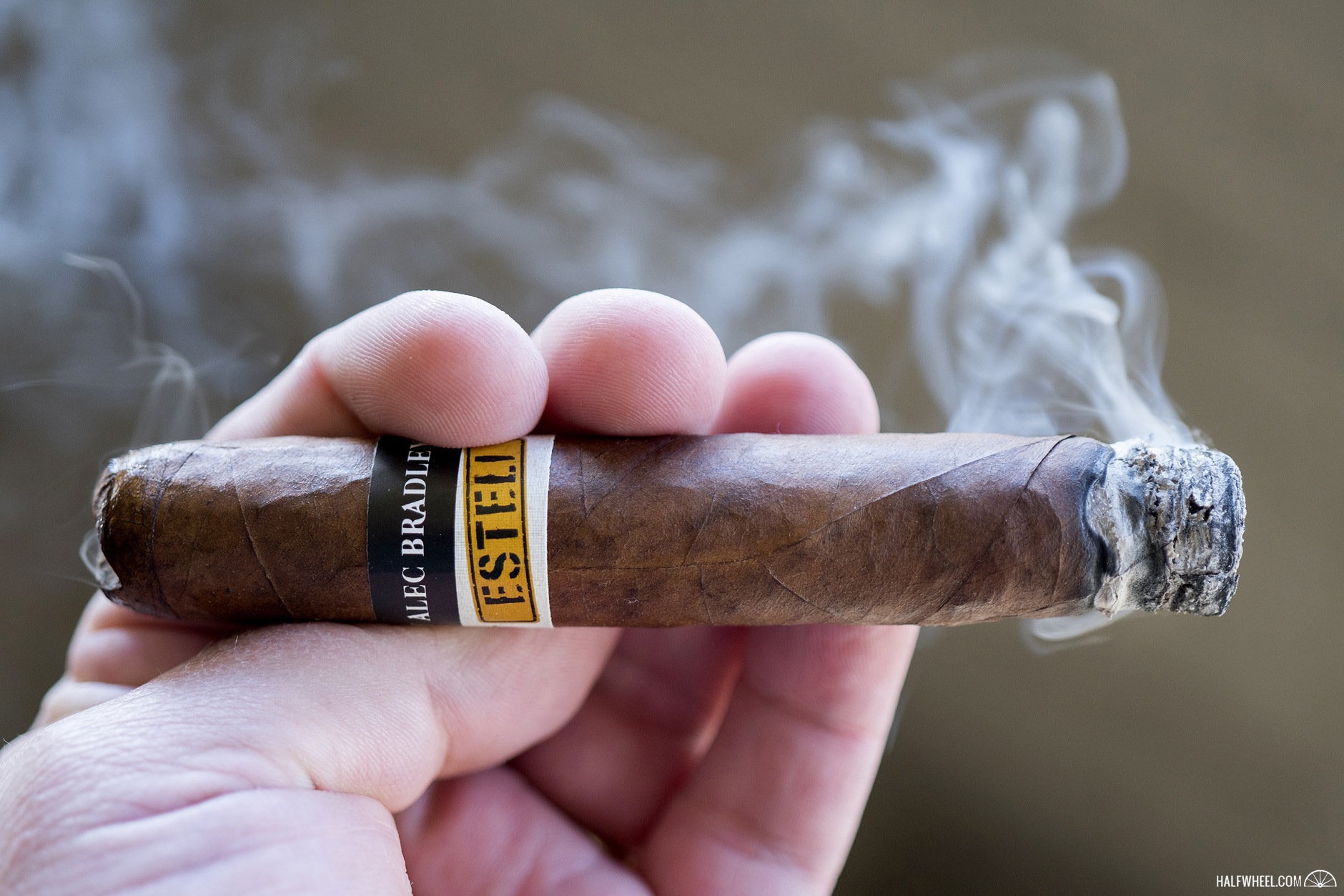 Fortunately, the Alec Bradley Black Market Estelí changes for the better in the second third, most notably with a dark chocolate note easily taking the dominant spot, followed closely by flavors of salted peanuts, freshly roasted coffee, leather, floral and hay. The sweetness on the retrohale from the first third is becoming more distinct as the second third burns down, eventually reminding me of vanilla beans. Although the spice from the first third is long gone by the halfway point, the black pepper on the retrohale remains fairly consistent. Construction-wise, the amount of smoke emanating from the foot is still a bit above average and the draw continues to impress, while the burn has also evened out nicely. Although the strength has increased noticeably compared to the first third, it still ends up short of medium by the time the second third comes to a close. 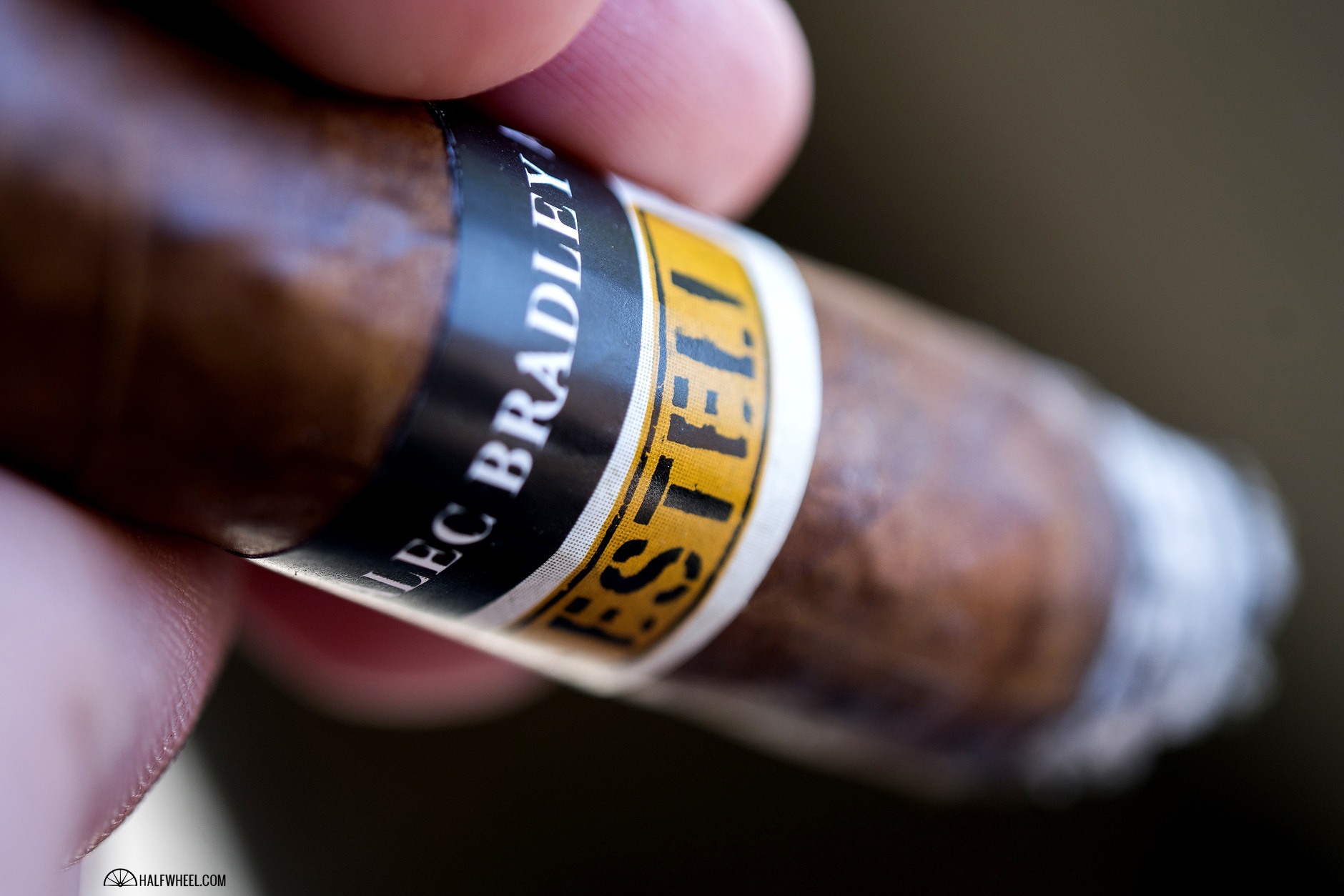 There are a lot of similarities between the final third of the Alec Bradley Black Market Estelí and its second third: the dark chocolate note remains the dominant flavor, with notes of floral, earth, leather, nuts and a touch of mint bringing up the rear. The vanilla bean sweetness has become more aggressive in the profile—albeit still relegated to the retrohale—and there is still a nice amount of black pepper present as well. The construction continues its trend from the second third, with a wonderful draw and a burn that is wavy but far from being problematic enough to need touching up. Finally, the overall strength has continued to increase slightly and ends up solidly at the medium mark by the time I put down the nub with less than an inch to go. There is no doubt that the cigar takes a bit of time to get going—in fact, on each of my three samples, the profile does not start getting really enjoyable until just after the second third starts—but once it does, the flavors in the profile are both pleasant and distinct. The final score was impacted by the lackluster start to the cigar, had that first third offered what the other two did, I have no doubt the number would have been quite a bit higher. There was also a bit of inconsistency, as one of the samples I smoked was significantly better than the other two, both in terms of complexity and overall balance, but if you see one of the Alec Bradley Black Market Estelí and are looking for something new to try, I can recommend picking it up.