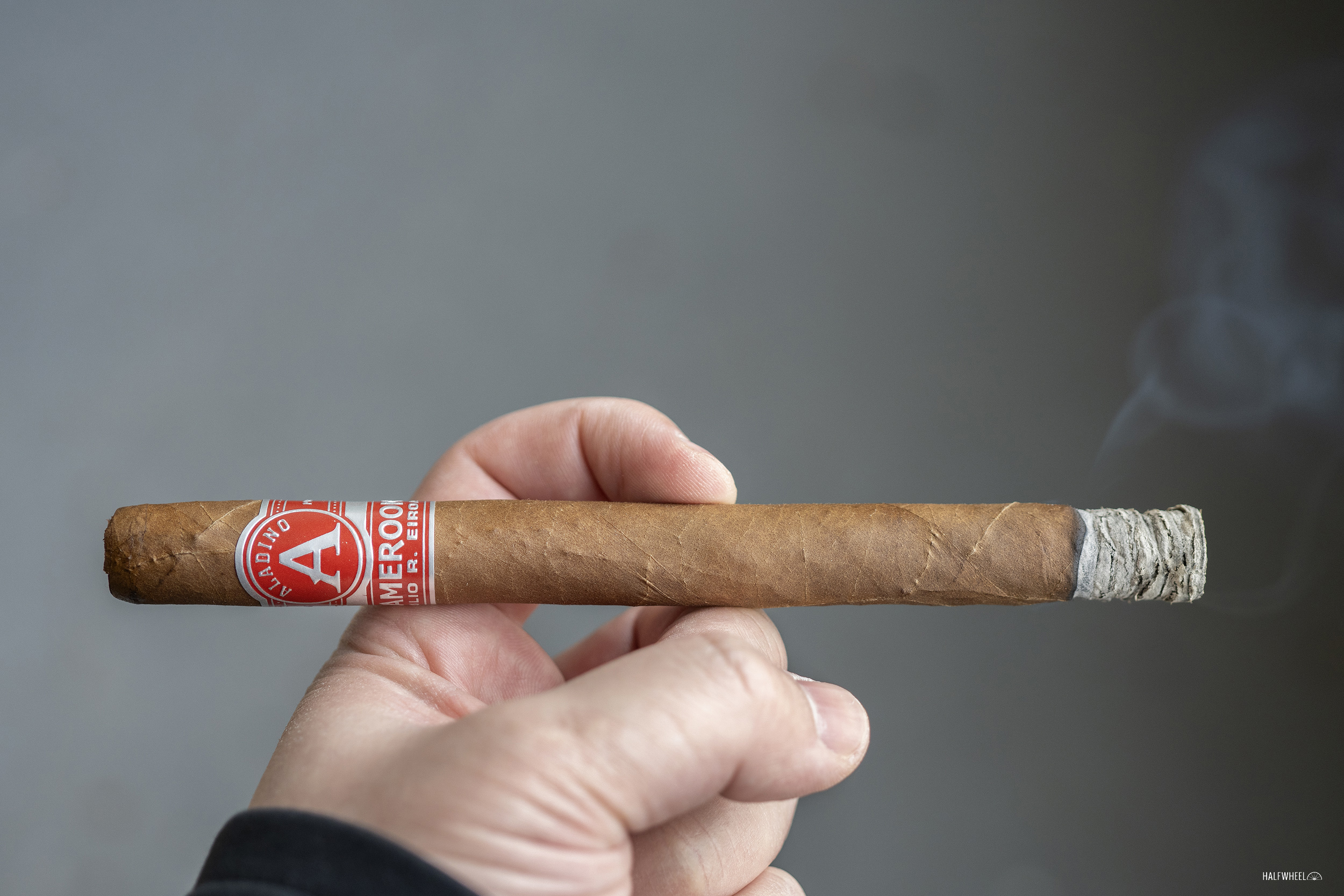 In 2006, Camacho released a new line with a new wrapper that was described as a hybrid between Cameroon-seed and the Honduran tobaccos the brand was known for. While that cigar is no longer around today, the concept was revived last year in the form of the Aladino Cameroon.

For those that are unfamiliar with the history of Camacho, the brand was started by Simon Camacho but was sold and then rose to prominence while it was owned by the Eiroa family. In 2008, the family sold the brand to Davidoff, though they remained involved with Camacho until 2011. Julio Eiroa, the family’s patriarch, continued to grow tobacco—including selling it to Davidoff—but it wasn’t until 2016 that he began selling his own cigars again.

In 2016, Eiroa and his son, Justo, launched JRE Tobacco Co. using tobacco grown on the family’s farms—which weren’t sold to Davidoff—and making cigars at a small factory on their compound outside of Danlí, Honduras. Three years ago, I visited the operation and saw the tobacco that would lead to this blend.

Apparently a few years prior to that, Julio had decided to once again grown some Cameroon-seed tobacco in Honduras. I gather that the older Eiroa is a bit of a tinkerer and is always trying to grow experimental crops. Eventually, that led to the aptly named Aladino Cameroon.

In June 2020, Patrick Lagreid spoke with Tom Poehler—who is a sales representative for both JRE and previously had been one for the Eiroa-owned Camacho—who described the events that led to the Aladino Cameroon:

The line debuted in May 2020 in three sizes, but right before the year came to close, a fourth size was added: a lancero.

The Aladino Cameroon Elegante is a 7 x 38 lancero size that was first sold through Blue Smoke, a store in Dallas. JRE sent Blue Smoke 132 boxes of 20 cigars with pricing set at $9 per cigar. The store said that it would donate $1 per cigar to Cigar Rights of America, meaning a donation of $2,640 was sent to the organization. While the Aladino Cameroon Lancero debuted at Blue Smoke, it will be a regular vitola for the line later this year. JRE Tobacco Co. plans on offering the cigars to other retailers at the TPE 2021 trade show which is scheduled for May 12-14, 2021 in Las Vegas. I’ve mentioned this before, but I try not to read anything about the cigars I’m reviewing until after I’m done smoking the cigars. Given that Patrick wrote the news story about this cigar and Brooks went to Blue Smoke to buy them, I hadn’t seen one until I pulled it out of my review box. The first thing I noticed was that this is close, but not the proper 7 7/16 (192mm) x 38 lancero; instead, it’s the more common 7-inch version we see from non-Cuban manufacturers. The second thing I noticed was that the bands were placed very high up on the cigar. Like I had witnessed when I saw this wrapper three years ago, it’s a lot cleaner than the typical Cameroon wrapper. It lacks the spotting and much of the visual features that can lead to some people calling African Cameroon wrapper “ugly.” That being said, the aroma from the wrapper is a mixture of leather, caramel, green apples, peanut shells and some barnyard. The foot has a bit stronger of an aroma—medium-full—with chocolate, blueberries and some earthiness. The cold draw tastes like a dessert: floral flavors, gingerbread, chocolate milkshake and a touch of cinnamon. Yes, those flavors sound a bit more like a Starbucks beverage than they do a cigar.

Each cigar starts with the draw tightening up a bit compared to the cold draw. While I’m not concerned, people that don’t regularly smoke lanceros might immediately think, “see, this is why I don’t like this vitola.” Fortunately, there’s still enough smoke that comes out. Flavor-wise, it reminds me a bit of a fresh Cuban with earthiness, vanilla bean, peanut shells, a raw earth flavor and some funkiness. That dissipates after the third or fourth puff and the earthiness begins to take over. It leads the profile, sitting on top of Ruffles potato chips, leather, creaminess and white pepper. It finishes with a bit more of that Ruffles flavor over earthiness and a ginger-like burning sensation. Retrohales have earthiness, nuttiness, dried cranberry and a touch of that ginger sensation. The finish of the retrohales have a bit more of the ginger sensation along with the raw earth flavor and some minerals.  Flavor is medium-full, body is medium and strength is medium-plus. The draw is predictably a bit tighter than a typical cigar, though perfectly fine for a 38-ring gauge lancero. One cigar has a bit of a weird draw—something that I will explain in the Final Notes section—but all three cigars have an excellent burn.

Somewhat out of nowhere, the peanut flavor decides that it’s no longer content being a secondary note and is now on a level playing field with the intensity of the earthiness. That being said, there’s a big gap in dominance between those two flavors and the secondary flavors of honey, nuttiness and white pepper. The finish is oddly toasty—something that I otherwise haven’t picked up to this point—with white pepper, earthiness, a tonic water-like minerality and some generic roughness. Retrohales produce sourdough bread, earthiness, macadamia nuts, leather and a very weird soybean flavor. The finish has a tingling-like pepper that is neither like the ginger nor the wasabi-like burn I find in many African Cameroon-wrapped cigars. Beyond that, there’s some nuttiness and some earthiness. Flavor is medium-full, body is medium and strength is medium-full. Construction remains excellent. The final third has me questioning whether the bread flavor is sourdough or it’s just a mixture of bread and saltiness that seems a bit more like sourdough than a traditional French loaf. Whatever the case, the flavor has now moved to the forefront for the last inch or so of the Aladino Cameroon. The flavor profile seems to have opened up a bit more on two of the cigars—matching the performance that one stellar sample has had from the start—and it allows a more even balance with earthiness. Beyond that, there’s some fruitiness, peanut shells and a touch of harshness that I can’t exactly place. Retrohaling leads to an uptick in the earthiness joined by blueberry ginger and leather. Like the finish on the main flavor, the retrohales finish in a manner that’s tough to separate from the retrohales themselves. If anything, it’s basically the same flavor just without the blueberry. Flavor is full, body is medium, strength is medium-plus. Construction remains excellent and smoke production pleasantly picks up in volume at around the one-and-a-half inch mark. 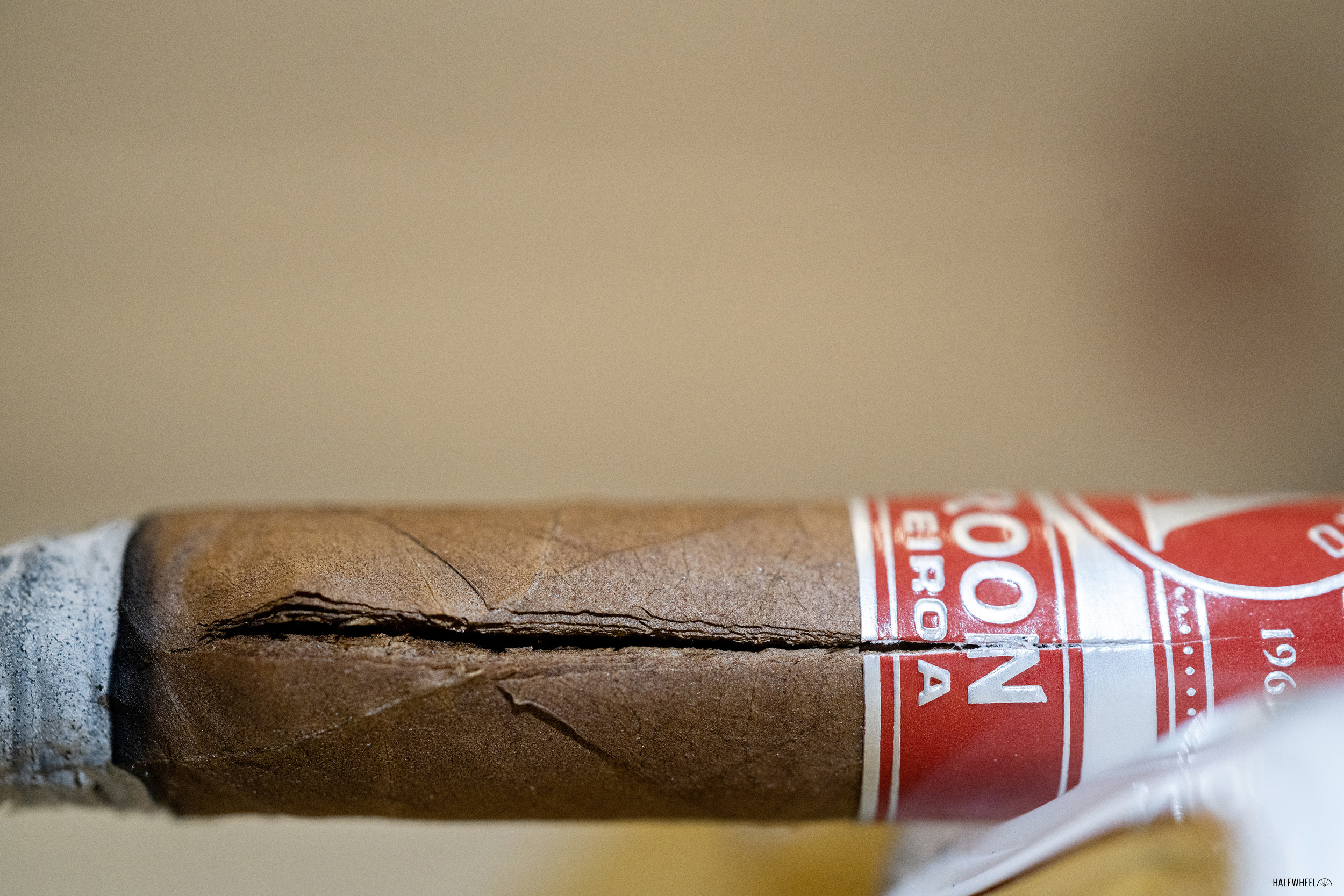 Back when I was choosing cigars to review based on what I wanted to smoke as opposed to what made sense from an editorial perspective, Cameroon-wrapped lanceros were my favorite to light up for a review. If I was going to blend a cigar for myself to smoke, it would probably be a Cameroon-wrapped lancero. Cigars like the Casa Fuente Lancero, Don Carlos Lancero and La Aurora Preferidos Lancero only furthered my love for this combination. One of the Aladino Cameroon Elegantes I smoked for this review was good enough to at least consider for that pantheon. The other two were good, but far away from the excellence that I’ve experienced in those trio. I’m curious to see whether JRE decides to release more blends with this wrapper, hopefully we don’t have to wait another 14 years in between.