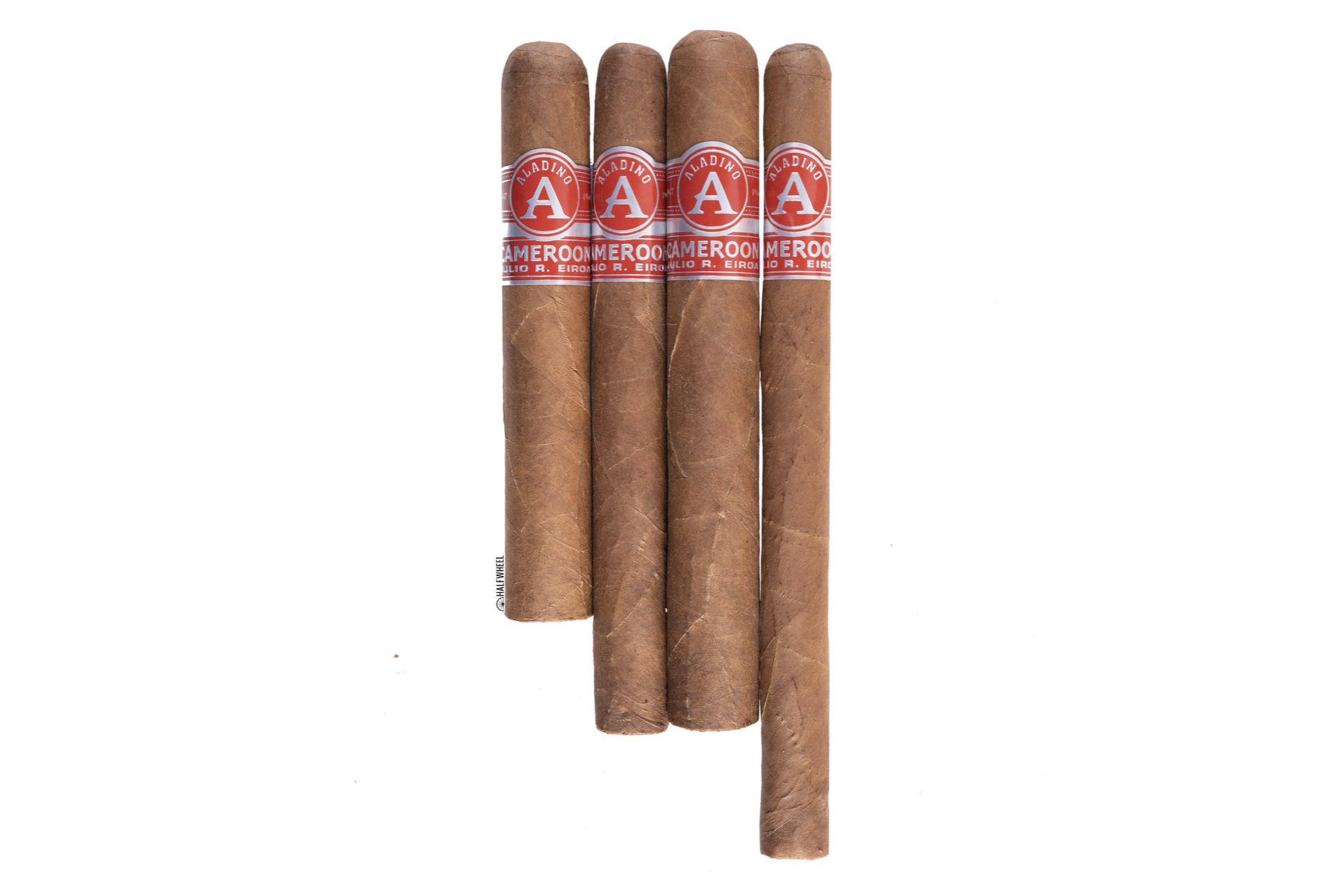 The Aladino Cameroon Elegante has begun the second of its two planned soft launches, now shipping to some stores.

Like it has done in the past, JRE Tobacco Co. is shipping its newest cigars first to retailers who have visited its farm and factory operations outside of Danlí, Honduras. This shipment, which went to retailers earlier this month, includes two new sizes of the Aladino Vintage Selection as well as the Aladino Cameroon Elegante.

The Aladino Cameroon Elegante, a 7 x 38 lancero, debuted last year when JRE sent Blue Smoke, a retailer in Dallas, roughly 2,000 cigars ahead of its national debut. Like the rest of the Aladino Cameroon line, it’s a Honduran puro with a Cameroon-seed wrapper over a mixture of corojo fillers, all of which are grown at the company’s farms.