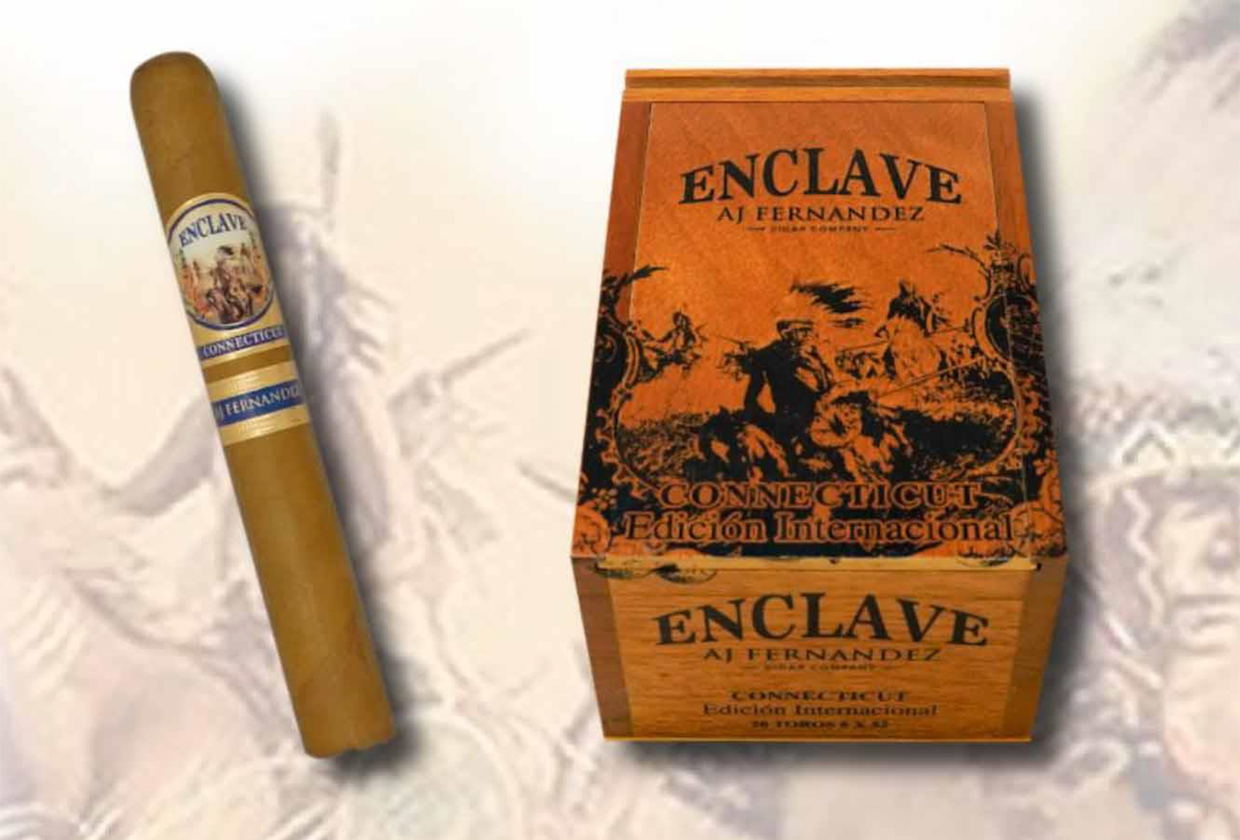 AJ Fernandez has announced plans to release a new Ecuadorian Connecticut-wrapped version of its Enclave line to retailers that aren’t based in the United States.

The Enclave Connecticut uses Nicaraguan tobacco grown on Fernandez’s farms for the binder and filler. The line will be offered in three sizes, which come in 20-count boxes:

Pricing will vary by country, but in Germany they are expected to sell for between 7.50 and 8.50 euro, approximately $9-10 per cigar, when they arrive in early May.

According to a company press release, this is the first time that AJ Fernandez has released a cigar specifically for international markets, with the Enclave initially heading to to Germany, Austria, Poland, Switzerland, the United Kingdom and South Africa. While it is not headed stateside, the company has not completely ruled out the possibility of that happening. 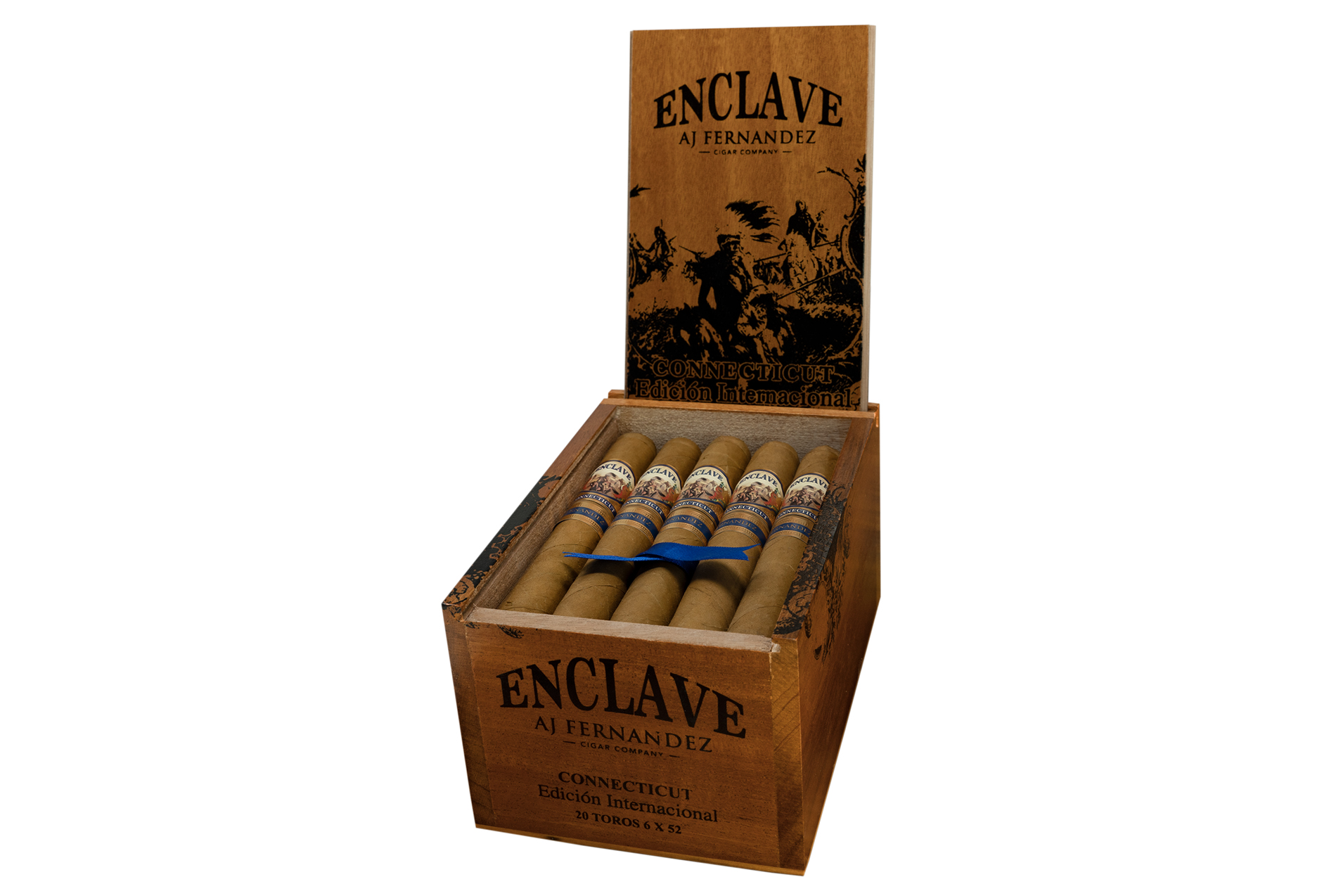 The Enclave line dates back to 2015 when it was announced as the second collaborative project between Abdel Fernandez and his father, Ismael, a follow-up to the New World line. The original Enclave used an Ecuadorian habano rosado wrapper, Cameroon binder, and Nicaraguan filler. The next year, the company announced the Enclave Broadleaf, which uses a Connecticut broadleaf over a Nicaraguan binder and filler.

Update (April 23, 2021) — A representative of AJ Fernandez provided images and information about the cigars, and added that the Enclave Connecticut is also heading to Slovakia, Hong Kong, Malta and Sweden.