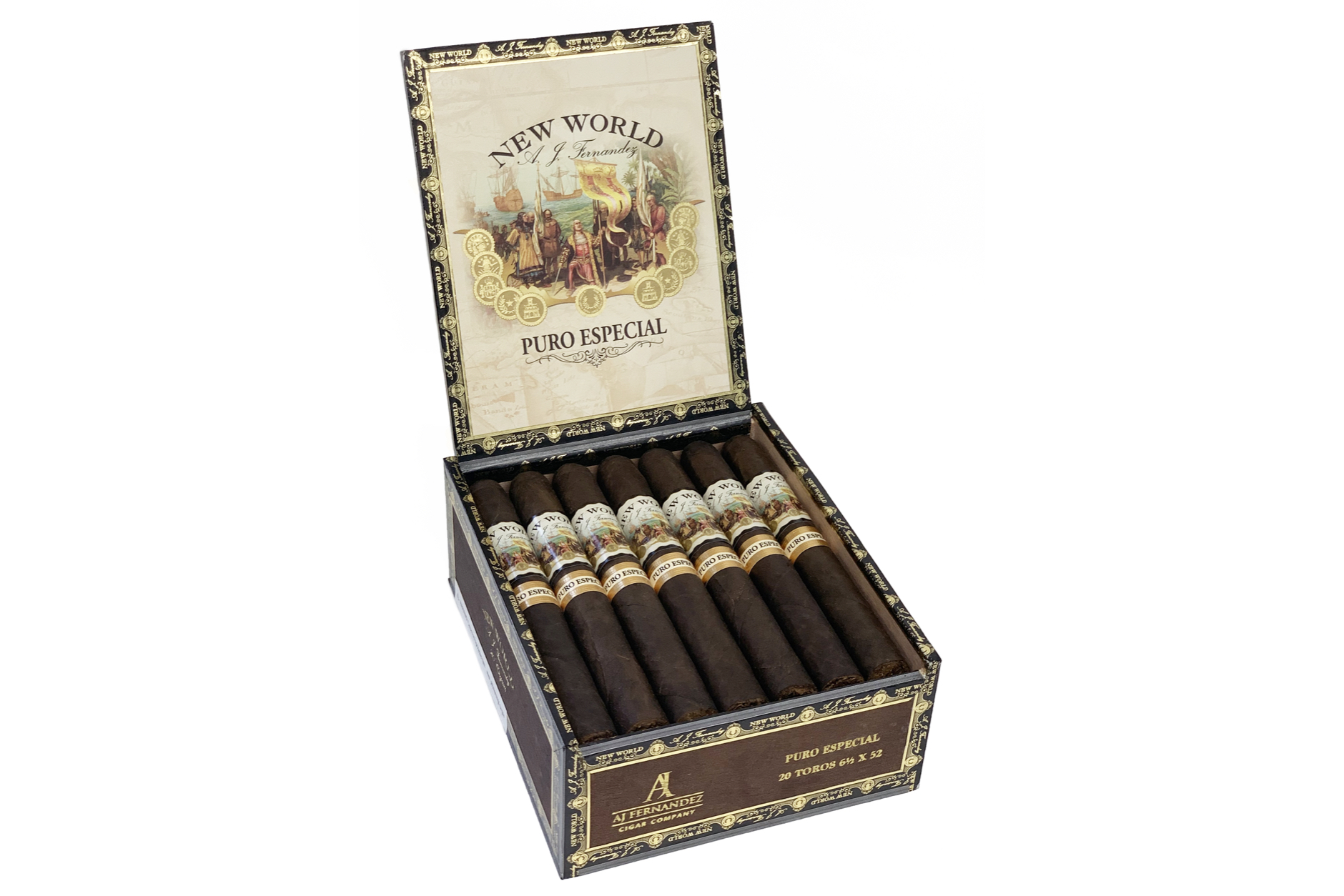 AJ Fernandez has updated the packaging of its New World Puro Especial boxes to fit more in line with the rest of the New World brand.

Starting June 1, the company will begin shipping the Puro Especial with new boxes and bands that use a combination of cream, black and gold, instead of the predominantly red packaging that has been used since the cigar debuted in 2017.

Fernández is referencing a pair of 2020 federal court decisions that invalidated FDA’s plans to have two warning labels placed on all cigar boxes sold in the U.S.

While the packaging is changing, the rest of the cigar’s details remain the same.

The blend is made entirely of Nicaraguan tobaccos grown by AJ Fernandez that the company says are aged three to five years. This includes a criollo 98 wrapper from its San Jose farm, as well as tobaccos from the La Providencia, La Soledad and San Deigo farms. The blend was created by Ismael Fernández, father of Abdel Fernández.