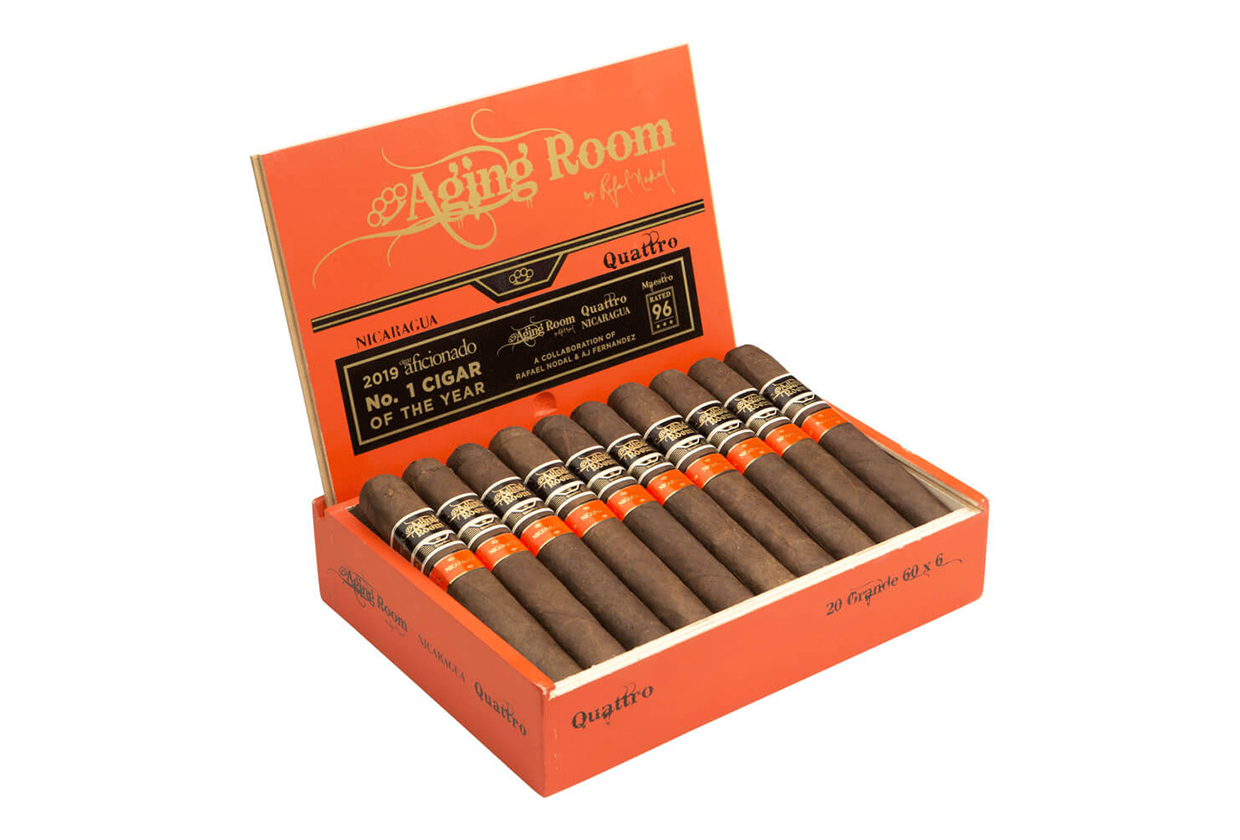 The Aging Room Quattro Nicaragua line will be getting a new size—the line’s largest to date—next month.

Aging Room is adding the Aging Room Quattro Nicaragua Gordo, a 6 x 60, to the line. According to a report from Cigar Aficionado, it will have an MSRP of $12.50 and come in boxes of 20.

Rafael Nodal, Aging Room’s founder, did not reply to an email sent to him by halfwheel.

It is expected to be on display at TPE 2022, which takes place Jan. 26-28 in Las Vegas. Altadis U.S.A., which distributes Aging Room, says the cigar will be available February 1, though did not specify if that is when it will begin shipping or when it will actually be on store shelves.

The line is a Nicaraguan Puro produced at Tabacalera AJ Fernandez Cigars de Nicaragua S.A. in Estelí Nicaragua. With the exception of a limited edition exclusive made for JR Cigar last, all the sizes are box-pressed.

Update (Jan. 21, 2022) — Added pictures sent in a press release, as well as the date the company said the cigar would be available.