Cigar companies are seemingly always adding new lines, but rarely ever seem interested in discontinuing product, no matter how poorly it’s selling. While I’m not rooting for cigars to go off the market, anytime a company discontinues a line, there’s a bit of a tip of the hat from my end. It’s a sign that a company is willing to understand that cigar lines are not children, they can and, sometimes, should go away; a reminder that the people are in the business of selling cigars.

Which is why it’s even more interesting when companies decide to discontinue a whole bunch at one time. Last summer, Rafael Nodal’s Aging Room brand went through a major transformation. The company divided itself up into four pillars, each containing a variety of lines. The company added a total of five lines, formally discontinued one and designated three others to the hypothetical back burner, albeit, they are still alive.

Three of those lines fell under a new Aging Room by Rafael Nodal pillar. It is three blends—Connecticut, Habano and Maduro—all with three sizes, albeit not the same three same sizes, and all with a Dominican binder and filler. For the Maduro, it uses a Mexican San Andrés cover leaf and is offered in the same sizes as the Habano. The Connecticut is one to get different sizes, namely a Churchill and thinner robustos and toros. 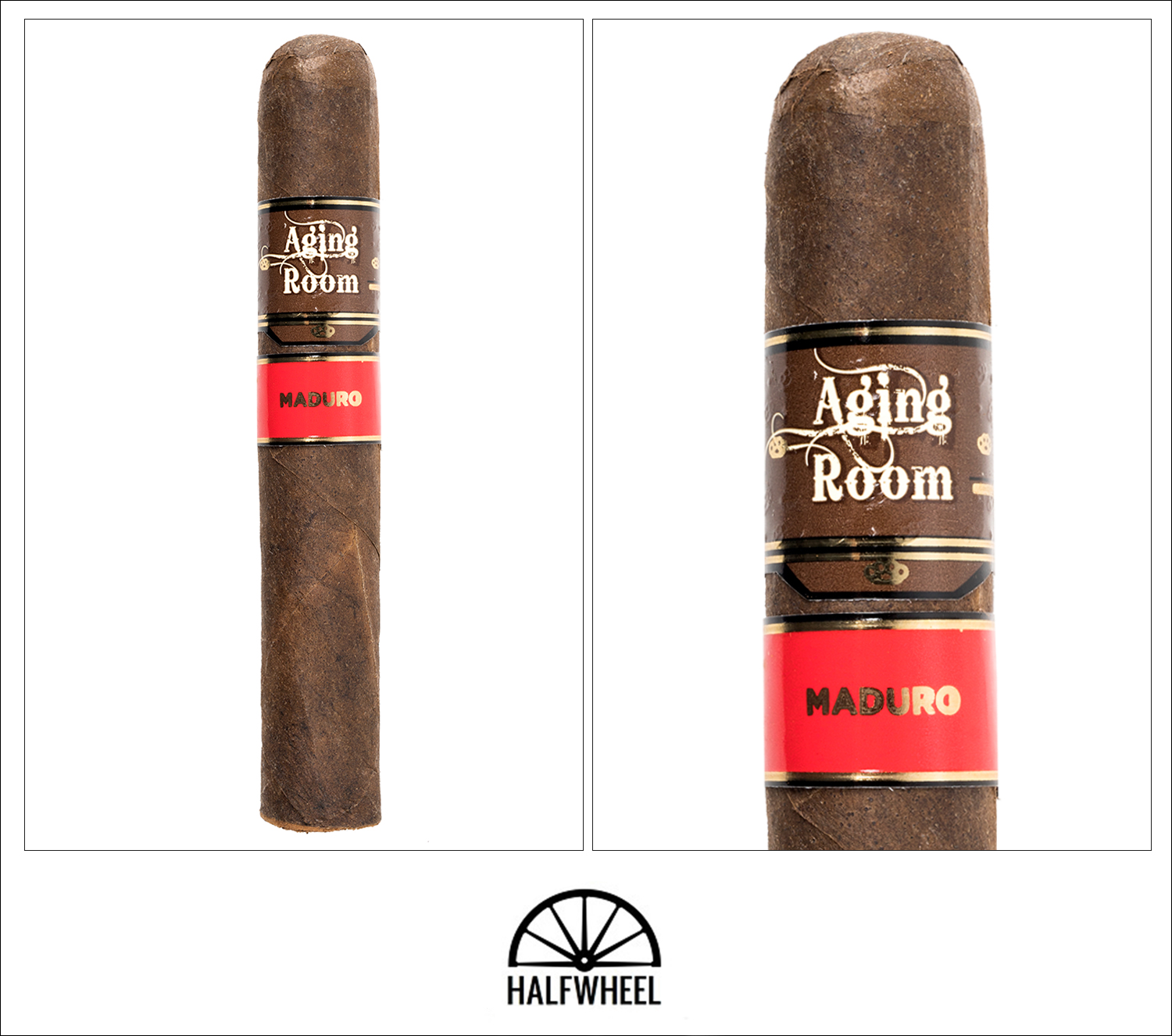 I think the intent was to have the color of the wrapper and the band, though that’s not what happens on any of the three samples I smoke. Instead, it’s just a few shades different and makes for a somewhat odd look. The wrapper itself is a muddy brown that doesn’t have a ton of aroma, just some barnyard funkiness and dry pencil lead. The foot is both sweeter and stronger with red pepper, sweet milk chocolate, butterscotch and fruitiness, though everything outside of the red pepper is somewhat muted. There’s a mixture of earthiness, pita bread, some bitter cocoa and a bit of green pepper. While the flavors are muted, the resistance on the cold draw is excellent on all three samples.

The first puffs of the revamped Aging Room Maduro are great: some floral flavors, earthiness, hearty cedar and some vanilla on the finish, the combination of which is medium-plus and super smooth. The profile develops into a mixture of walnuts and pizza dough with lemons, some bark and an unidentifiable sharpness on the back end. Flavor, body and strength are all medium-plus. While the construction was great on the cold draw, I can feel it loosening—to varying degrees—on each of the samples. 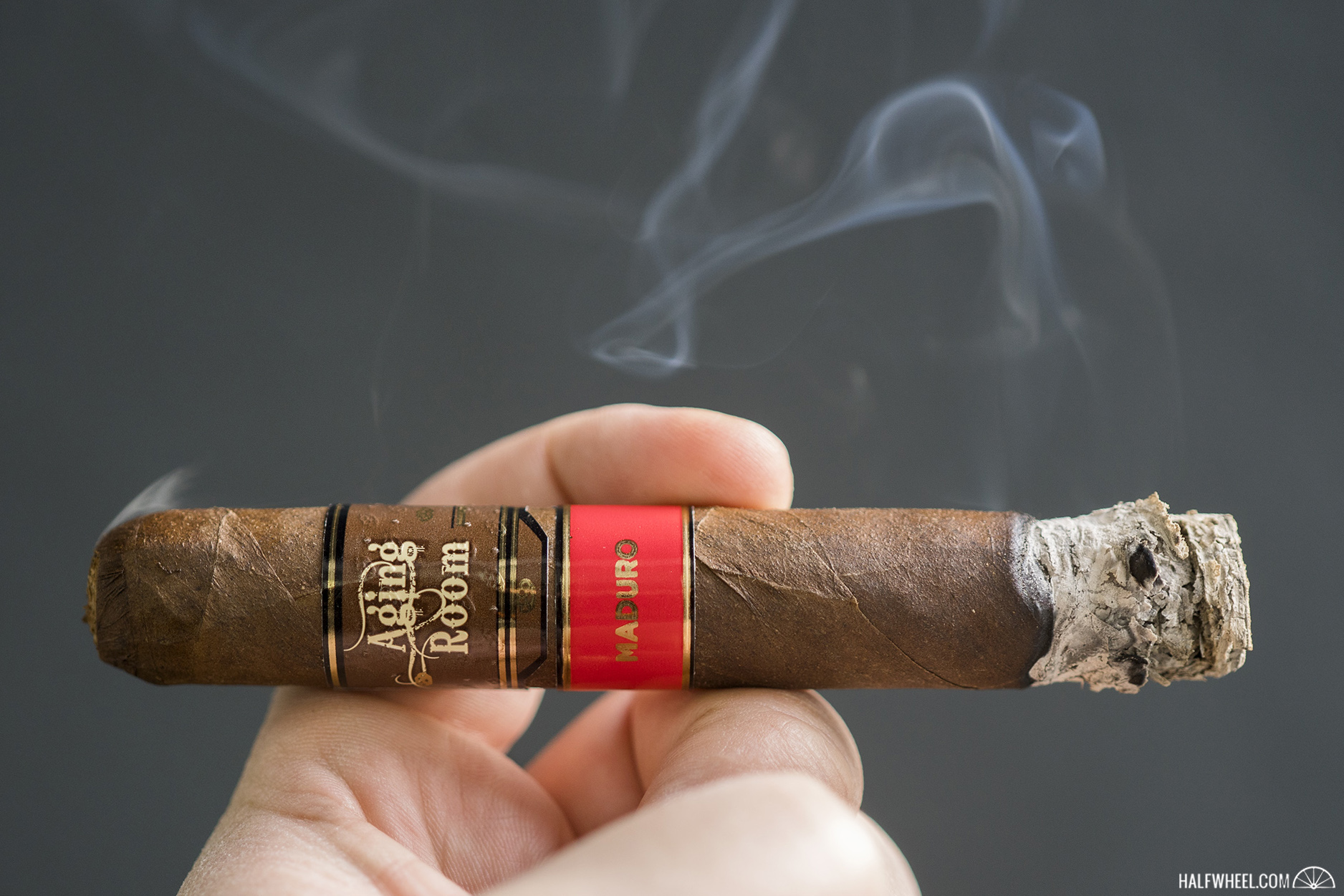 While sweetness was never a large part of the first third, by the second third of the Aging Room by Rafael Nodal Maduro, there’s absolutely none of it to be had. The profile gets earthier with some rough leather flavors, burnt black pepper and more walnuts. That walnut flavor extends deep into the finish overwhelming other flavors of coffee and saltiness. Flavor, body and strength remain medium-plus. While all of that is fine, the draw is decidedly not. It’s getting too open and while I haven’t had the cigar go out yet—it’s actually burning flawlessly—I can tell that the inevitable feeling of taking a puff and feeling no smoke come out is coming. 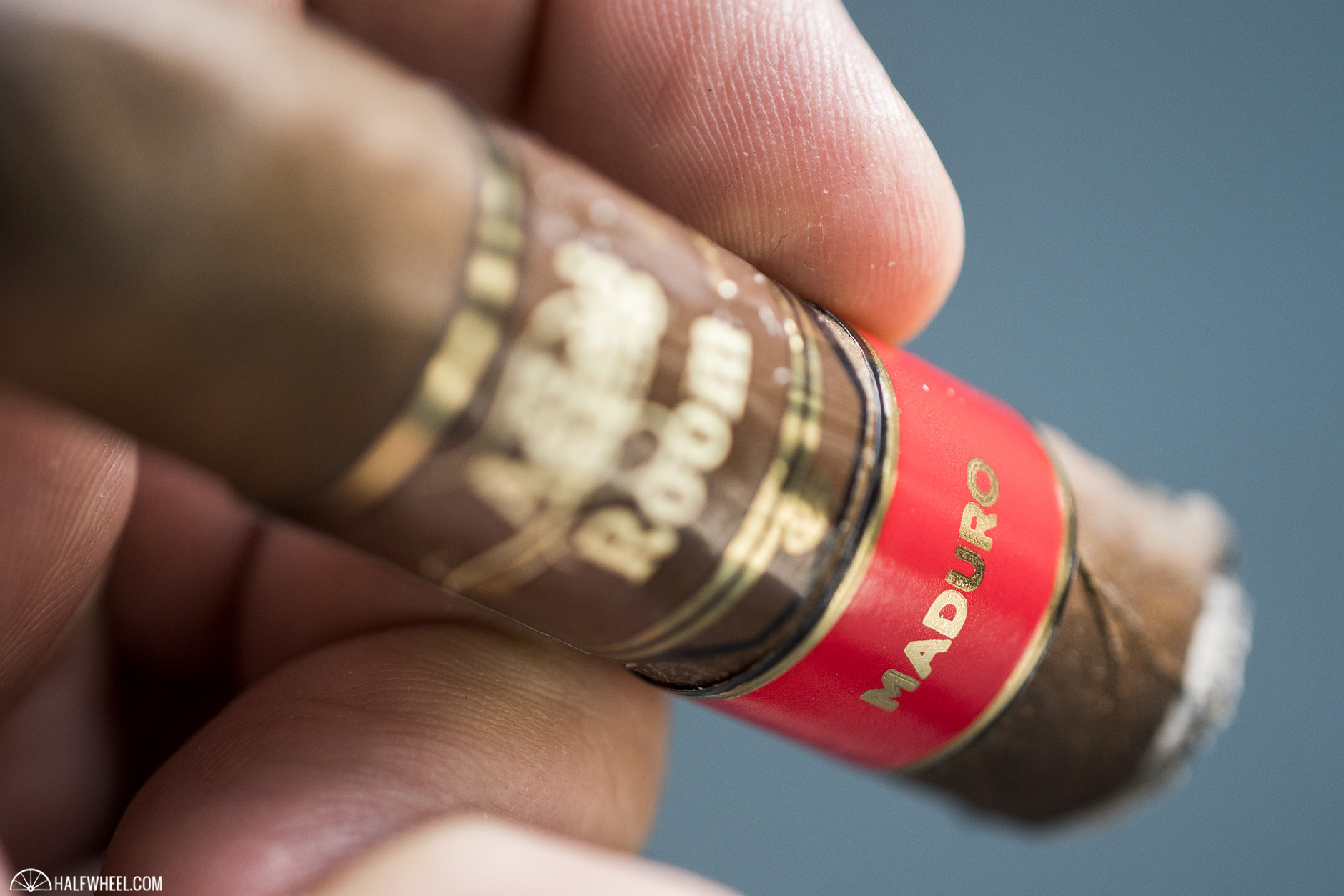 I find myself enjoying the flavor in the final third more than the other two, now earthiness and charcoal with some creaminess, sunflower seeds and toastiness as secondary flavors. There’s some artificial raspberry through the nose, before a finish of toastiness. Unfortunately, my attention on the flavor doesn’t last long as the burn is struggling, and as I saw coming, the cigar just goes out despite a regular puff rate. That’s due to the draw, which on two samples is very open and on another is just open. 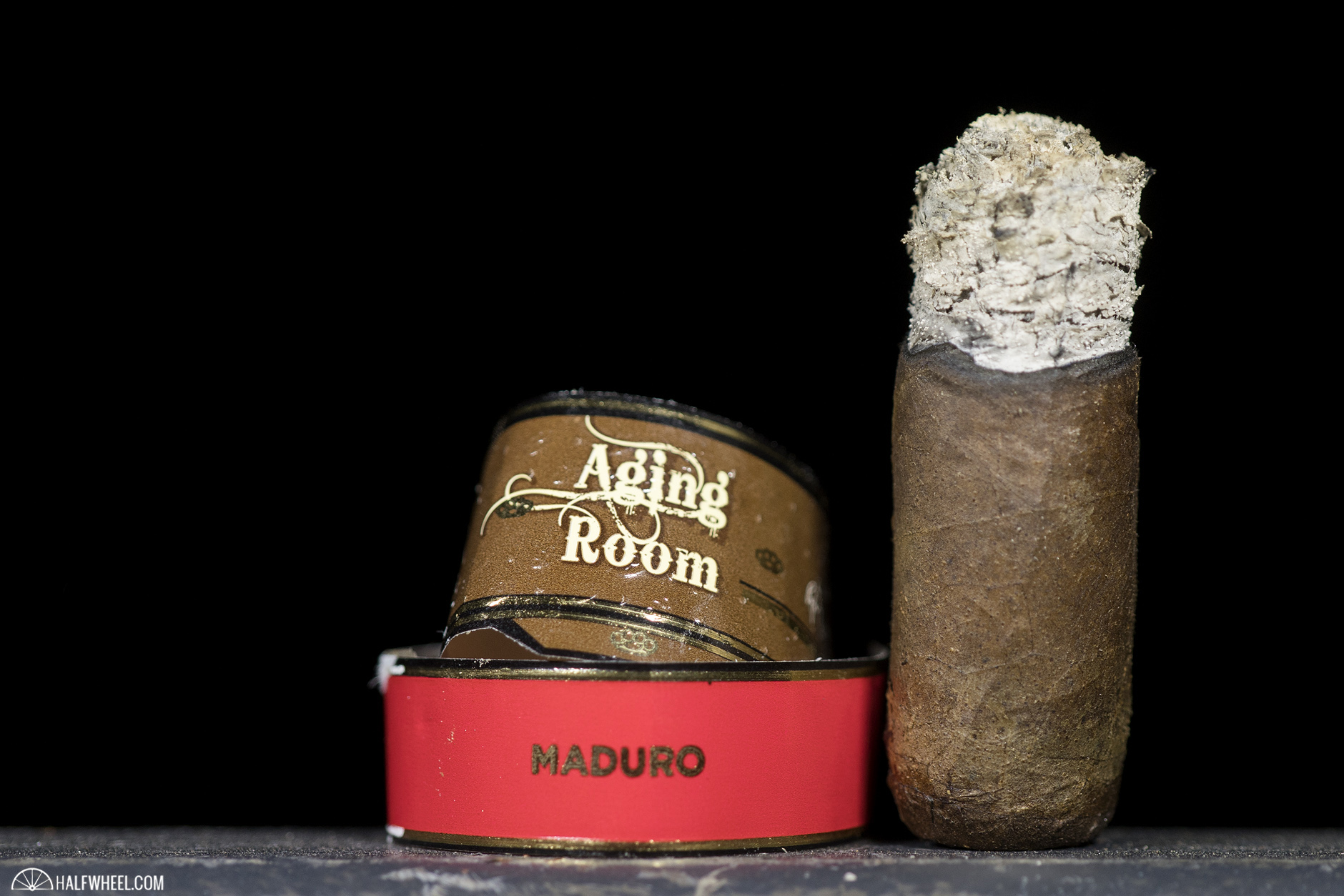 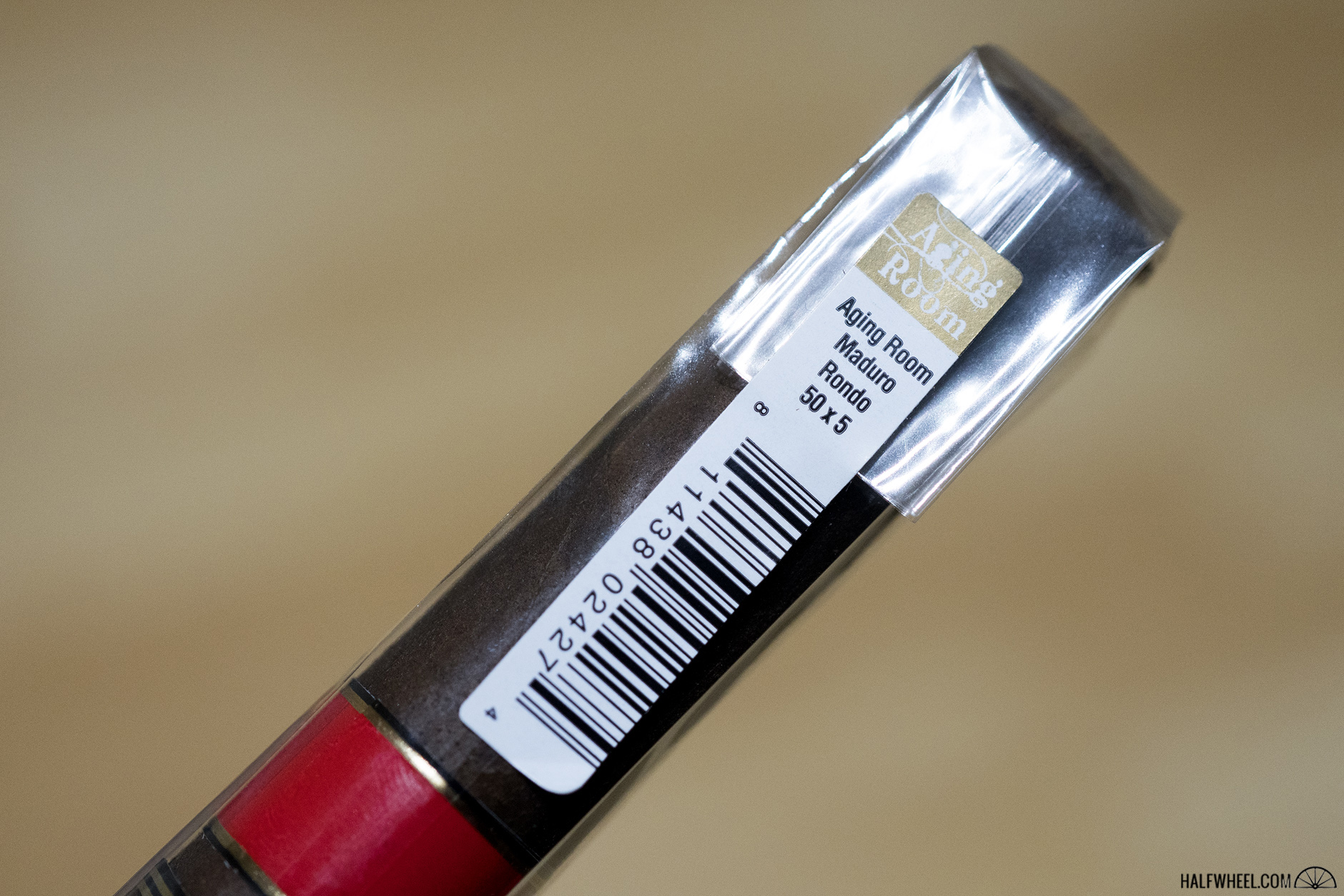 The Aging Room by Rafael Nodal Maduro is not the best Aging Room I’ve had; while the flavor is good, I wish that it was a bit bolder. While it wasn’t mild, the flavors themselves weren’t as rich as I was hoping for, as there wasn’t an edginess and the profile was almost exclusively medium-plus. Given how these cigars were introduced, I’m somewhat curious to what the other lines has to offer, but this is not the follow-up to Pura Cepa that I was hoping for.