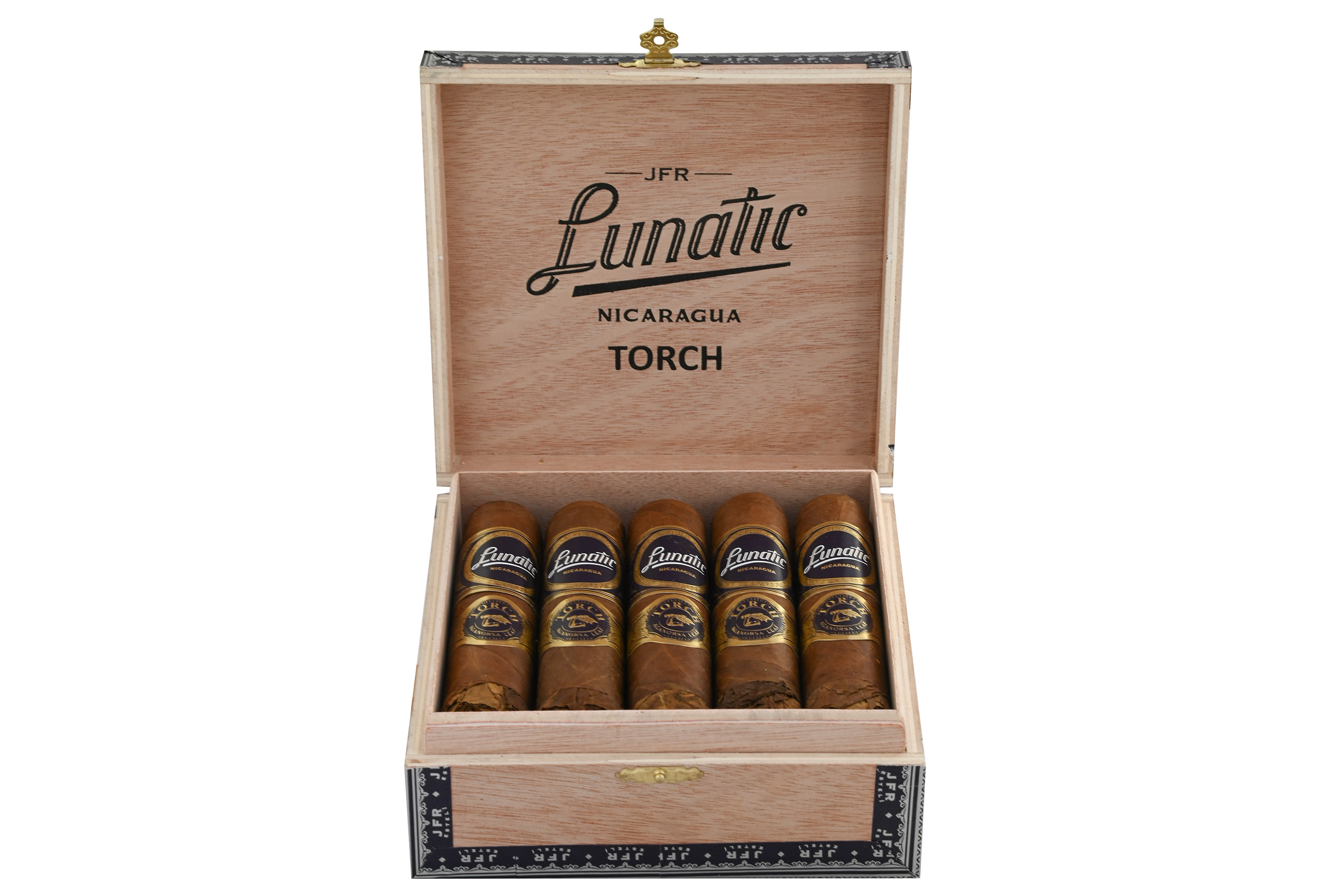 The JFR Lunatic Torch line from AGANORSA Leaf is returning to retailers this spring with a new look and new vitolas.

It is a Nicaraguan puro made with AGANORSA Leaf tobacco, with a corojo 99 wrapper grown in Jalapa, while the double binder and fillers feature tobaccos from Estelí and Jalapa. It is being offered in three sizes, each with a brushed foot, and made at Tabacos Valle de Jalapa S.A. (TABSA) in Estelí, Nicaragua. 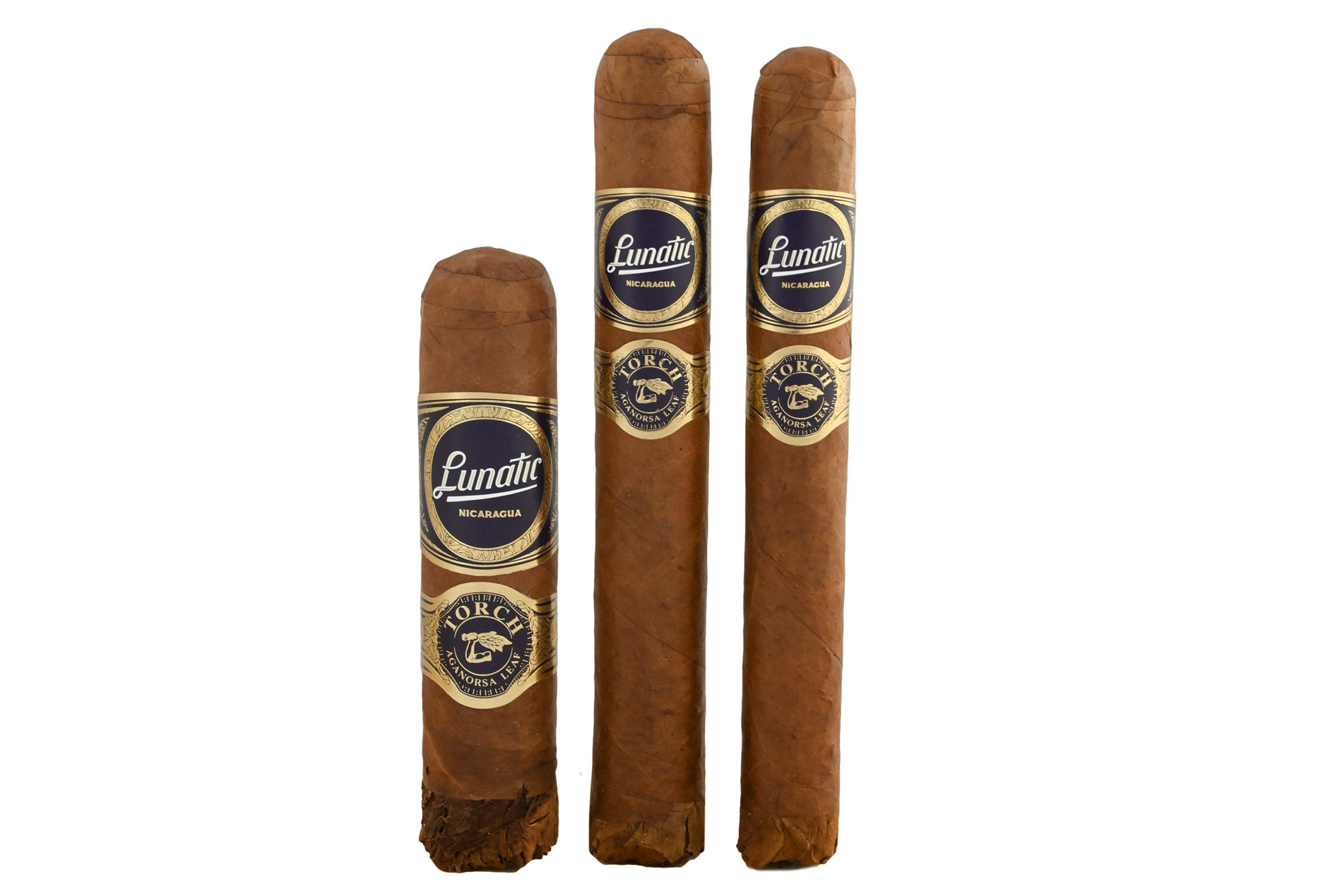 The brushed foot design removes the wrapper from the first inch of the cigar, giving the smoker the opportunity to enjoy the binder and filler before the wrapper joins in to create the full blend. The line also gets a new design, updating from the retro-futuristic look it wore when it debuted in 2016. While the line was never formally discontinued, the company stopped promoting it and had removed it from its price list.

The revamped Lunatic Torch line will begin shipping in May to AGANORSA Select accounts before being released to all retailers at the 2020 PCA Convention & Trade Show in July.