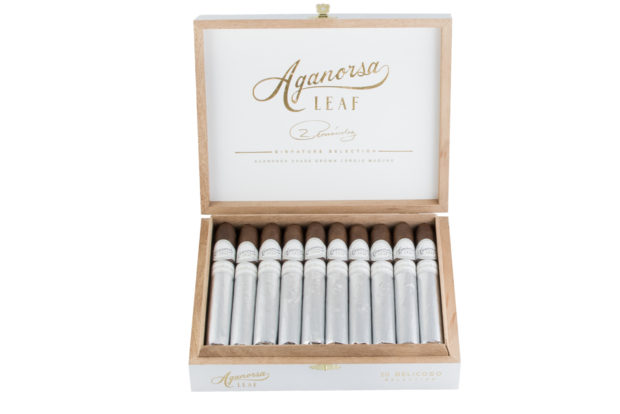 Following up on last year’s AGANORSA Leaf Signature, the company will release a maduro version of the cigar in June.

The wrapper used is a corojo 99 seed grown by AGANORSA in Jalapa, Nicaragua under shade. It’s then processed for what the company describes as “a long period of time” to create the dark and oily characteristics.

“This has been a long dream of Aganorsa going back 20 years to grow and naturally ferment a maduro cover leaf from our best fields in Nicaragua,” said Eduardo Fernández, AGANORSA’s owner, in a press release. “It is in honor of Arsenio Ramos and a testament to his guidance and knowledge that we are finally able to introduce a Cuban seed Corojo Maduro leaf under shade in Jalapa for the cigar lovers of Nicaraguan leaf.”

The rest of the cigar is also made of Nicaraguan tobacco from the company’s farms.

It’s offered in the same four sizes as the Signature Series:

The first shipment of the cigars will head to retailers in early June. The company says another allotment will ship shortly after the 2019 IPCPR Convention & Trade Show, in late June. There will likely be additional shipments in 2019, but as of now, they are not scheduled.