That creation is the Rare Leaf Reserve, a cigar that incorporates a café wrapper grown in Jalapa covering dual criollo 98 binders taken from two different farms, as well as a filler made up of both criollo 98 and corojo 99 tobaccos. The new release is a limited production line that is being rolled at the Tabacos Valle de Jalapa S.A. (TABSA) located in the town of Estelí, Nicaragua.

“A constant challenge is utilizing tobaccos to create blends which are outstanding expressions of our signature flavor and aroma while still producing them in quantities viable to sustain production consistently rather than just as one time limited editions or available only sporadically throughout the year,” said Terence Reilly, AGANORSA Leaf’s vp of sales and marketing. “Rare Leaf will be the first project using selections of our Leaf in short supply that will be maintained in regular production. In order to achieve this, Rare Leaf will be available only to our Aganorsa Leaf Select retail partners.”

There are currently three different vitolas in the Rare Leaf Reserve line:

While both the Robusto and Toro vitolas began shipping exclusively to AGANORSA Leaf Select retail partners in early February, the 6 x 60 Titan vitola did not start hitting shelves until earlier this month. 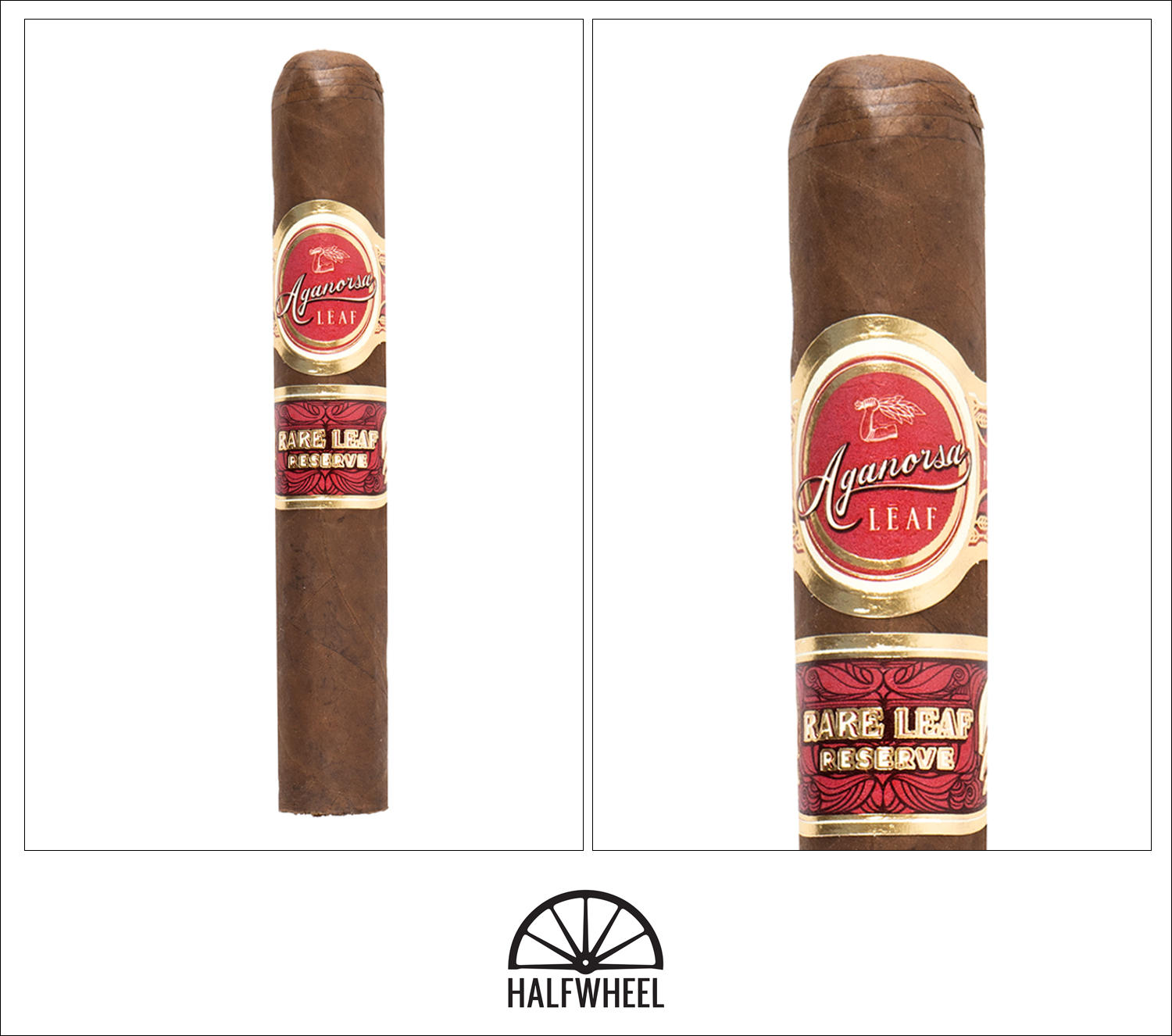 From a visual perspective, the wrapper that covers the AGANORSA Leaf Rare Leaf Reserve Robusto is a shade that reminds me of milk chocolate, albeit with the inclusion of a noticeable red tint. There is virtually no tooth that I can discern, but there are a number of obvious veins running up and down its length. Aroma from the wrapper and foot is a combination of strong orange chocolate-like candy as well as creamy cedar, leather, hay, barnyard and vanilla sweetness. The cold draw brings flavors of creamy cedar, hay, manure, black pepper, nutmeg, peanut shells and a low-key indeterminate sweetness.

The first third of the Rare Leaf Reserve begins with some spice on my tongue along with dominant flavors of cedar and earth, which are followed by secondary notes of hay, manure, popcorn, almonds, leather and a touch of citrus. While there is virtually no pepper on the retrohale, there is some slight generic sweetness to be found and the finish is dominated by bitter espresso. Construction-wise, the AGANORSA creation features an excellent draw after a simple straight cut as well as a burn that—while a bit wavy—is giving me no significant issues so far. There is an above average amount of smoke emanating from the foot of the cigar. The strength level starts out fairly low before increasing noticeably just before the first third ends, ending closer to a medium than mild. 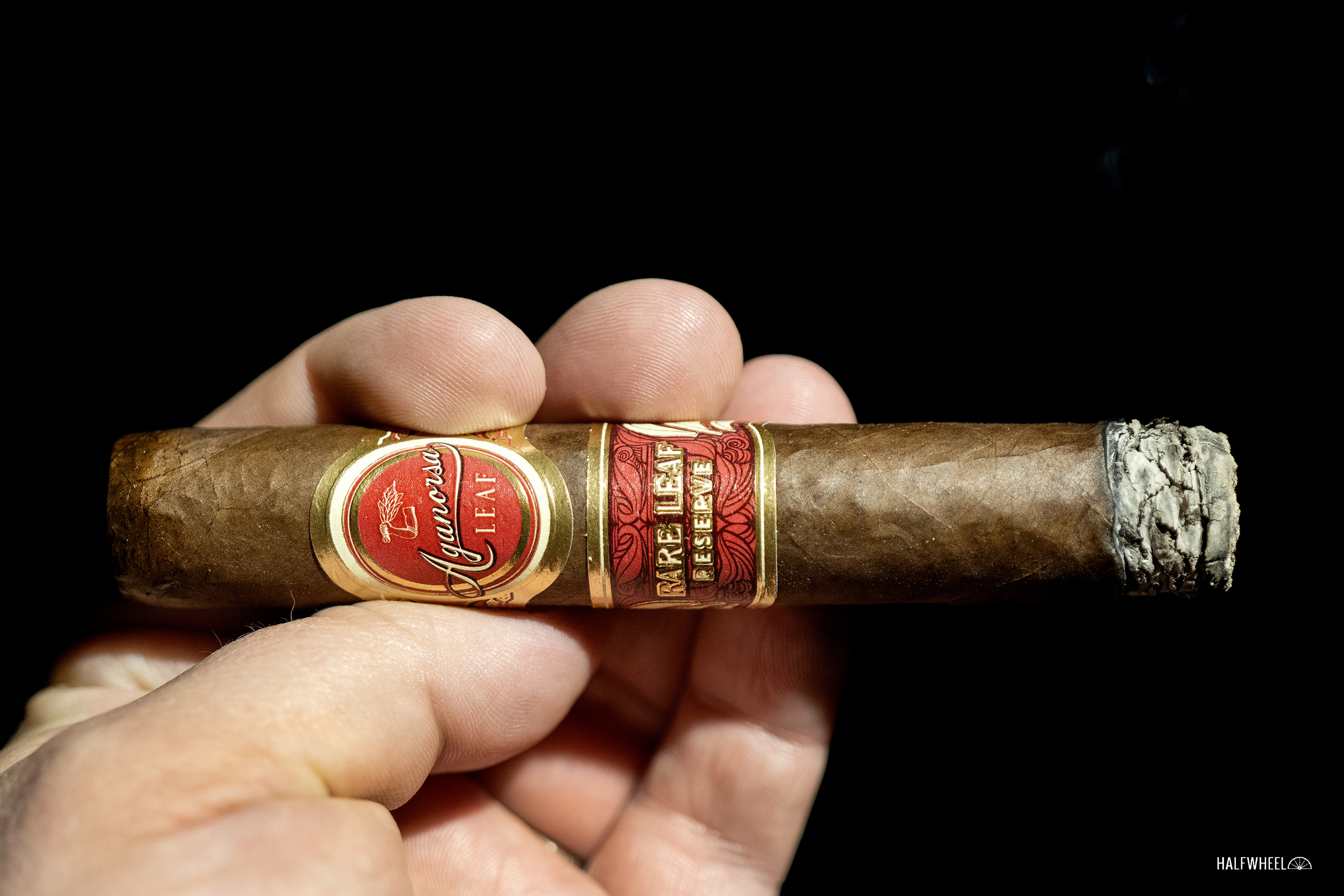 Although the spice from the first third has totally disappeared by the start of the second third of the AGANORSA Robusto, there is another major change as well, as the dominant flavors have shifted from cedar and earth to a much more enjoyable combination of dark chocolate and roasted espresso beans. Lesser notes of lemongrass, sourdough bread, earth, hay, nutmeg and citrus flit in and out in various amounts, while the sweetness on the retrohale has increased enough for me to peg it as a maple syrup note. Both the burn and the draw continue to impress, and the smoke production remains quite copious while the strength level easily hits the medium mark just as the second third ends. 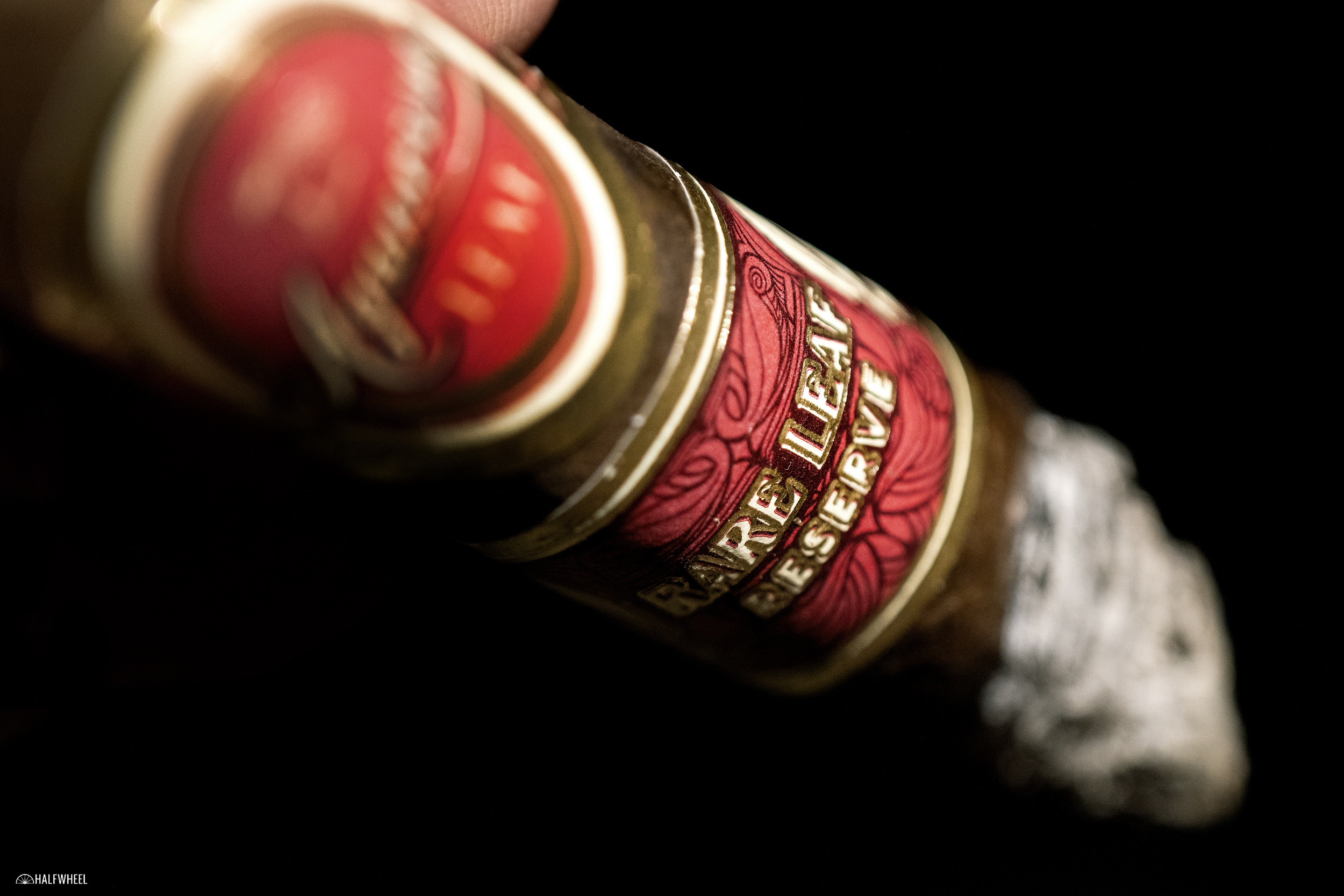 Thankfully, there are no major shifts during the final third of the Rare Leaf Reserve, meaning that the profile continues to be dominated by nice combination of dark chocolate and roasted espresso beans followed by flavors of citrus peel, barnyard, creamily cedar, leather, toasted bread and peanuts. In addition, a bit of black pepper has finally shown up on the retrohale, while the amount of maple syrup sweetness has increased noticeably. In terms of construction, the draw remains wonderful with just the right amount of resistance, but the burn has become problematic enough to need touching up once, although it is fine after that. Finally, the strength level reaches a point north of the medium mark and well on its way to full before I put down the nub with a little more than an inch remaining. 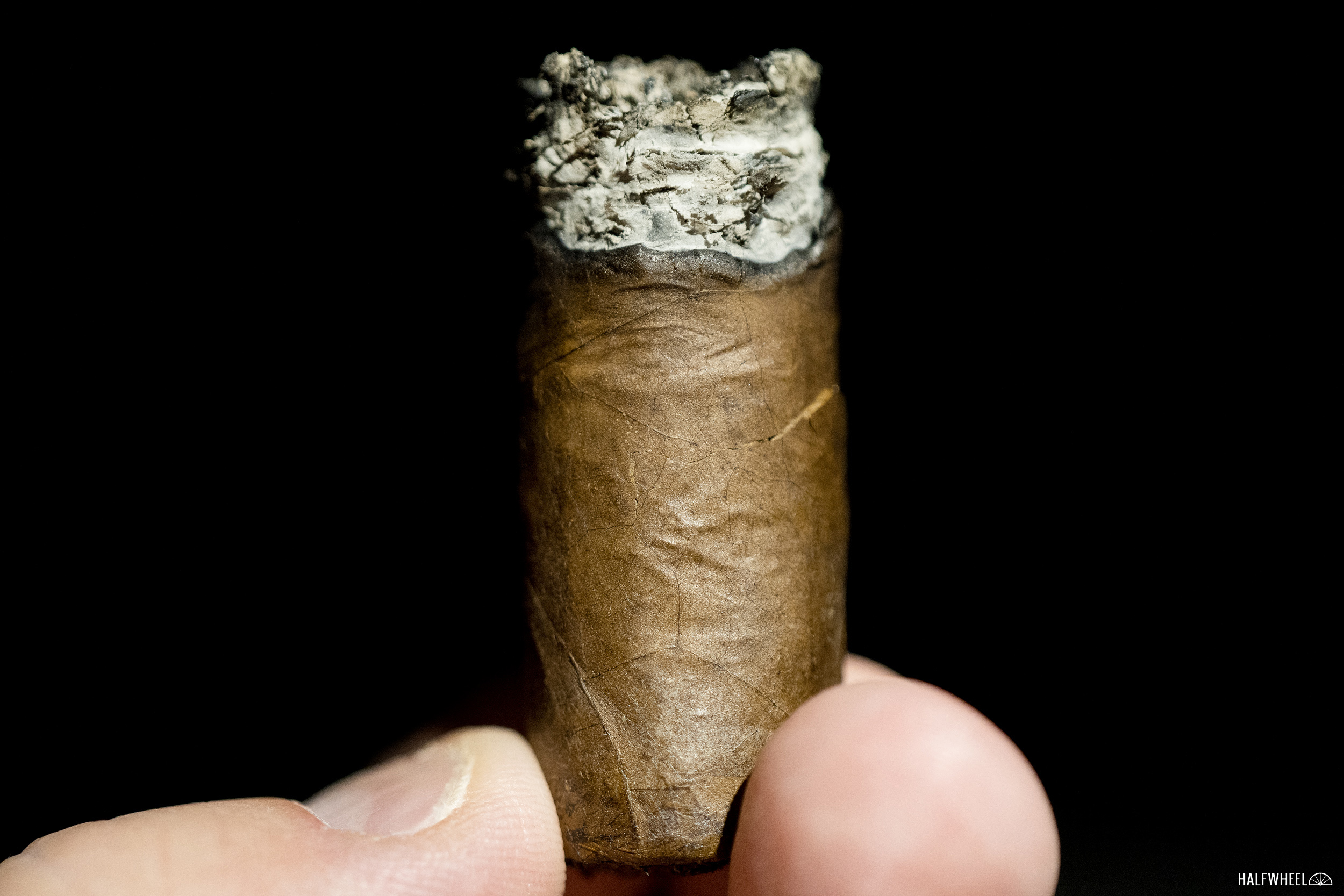 While it takes a while to hit its stride, anyone who puts the AGANORSA Leaf Rare Leaf Reserve Robusto down after the first third is going to miss out on a very good blend. Staring in the second third, a fairly standard profile morphs into a much more enjoyable combination of distinct dark chocolate and roasted espresso beans, along with a maple syrup sweetness on the retrohale that gets stronger as the cigar burns down. In the end, if you can make it through a fairly pedestrian first third, you will be rewarded handsomely for the effort by a significantly more enjoyable ending.