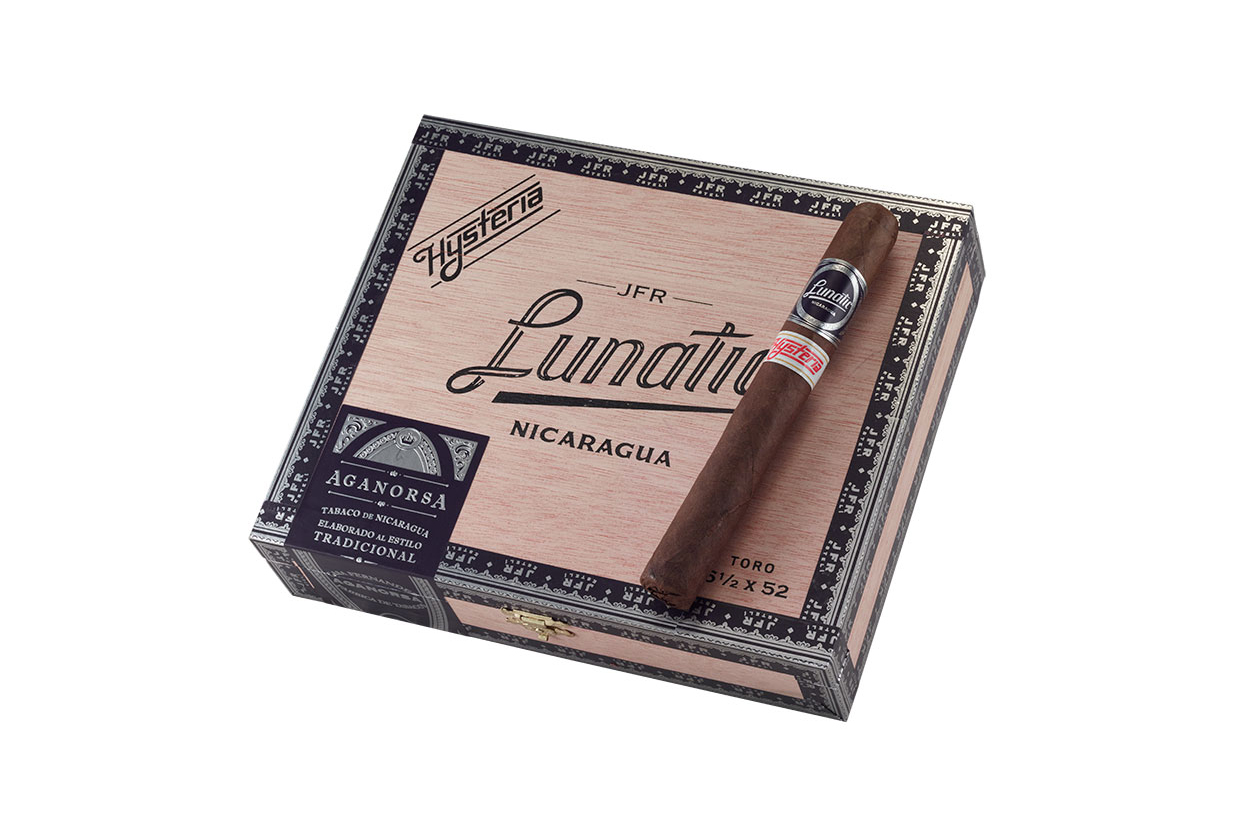 AGANAORSA Leaf has added a new line extension to its JFR Lunatic line, the Hysteria, which is being released as an exclusive to Famous Smoke Shop in Easton, Pa.

The cigar uses a Mexican San Andrés maduro wrapper over a Nicaraguan binder and filler, which the retailer bills as being a full-bodied blend. It is available in two fairly traditional sizes, a bit of a surprise given that the JFR line has been known for its big ring gauges:

The Lunatic line debuted in Feb. 2015 by way of an 8 x 80 belicoso called the Mambo, an offshoot to the Just For Retailers  line that the company created for brick-and-mortar retailers. There is also a JFR Lunatic Habano and a Lunatic Shaggy Foot line, and this year, the company added the JFR Lunatic Loco, a trio of short, fat perfectos.

This is the third cigar that AGANORSA Leaf—formerly known as Casa Fernandez—has created for Famous Smoke Shop, joining the Aganorsa Famous 80th and Siboney Reserve.