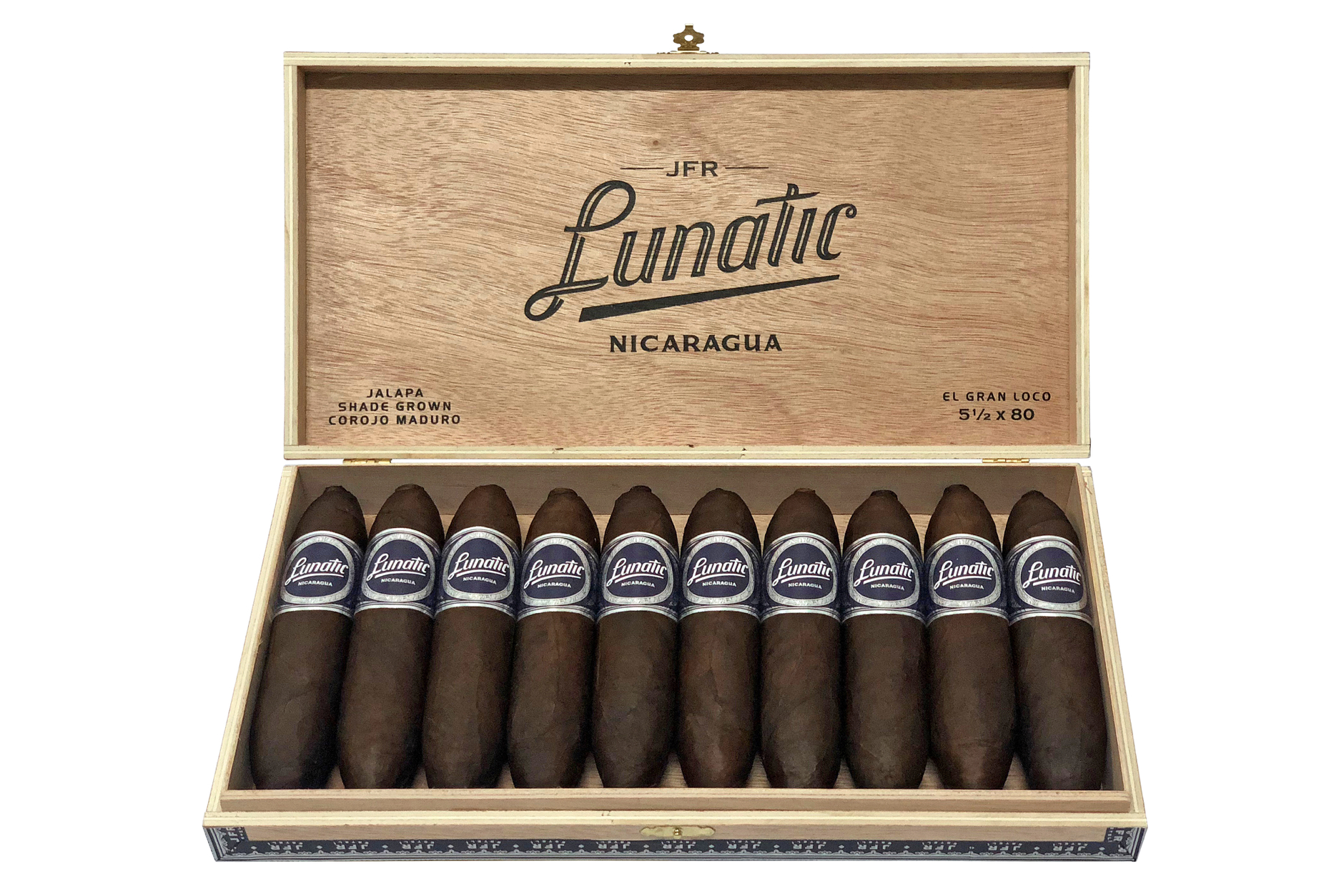 The JFR Lunatic Loco is a series of three double perfectos made entirely of Nicaraguan tobacco, capped off by a shade grown corojo maduro wrapper grown in Jalapa.

“The blend is fantastic,” said Terence Reilly, vp of sales and marketing, in a press release. “Equally important, the unique vitolas combine with the dark beauty of the wrapper to create a powerful visual impact and make the Lunatic Loco immediately stand out in the humidor.”

The JFR Lunatic Loco will debut at the 2019 IPCPR Convention & Trade Show, which begins June 29 in Las Vegas, and will ship to retailers in July.