While not well-known in the American cigar market, German cigar distributor Dalay Zigarren is a large player in its home country and also has an associated retailer with the same name under its umbrella. In addition to being the distributor of Crowned Heads brand in Germany, the company also runs the La Casa del Habano located in Saarbrücken.

As part of its offerings, Dalay Zigarren has produced a number of cigars under its Zauberberg brand, including the subject of today’s review named Affentanz, which translates from German to armed with monkeyness or with the weapons of a monkey. The new limited edition is available in a single 5 1/2 x 52 belicoso vitola with a blend composed of a Pennsylvania broadleaf wrapper covering a blend of filler tobaccos from the Dominican Republic and Brazil. 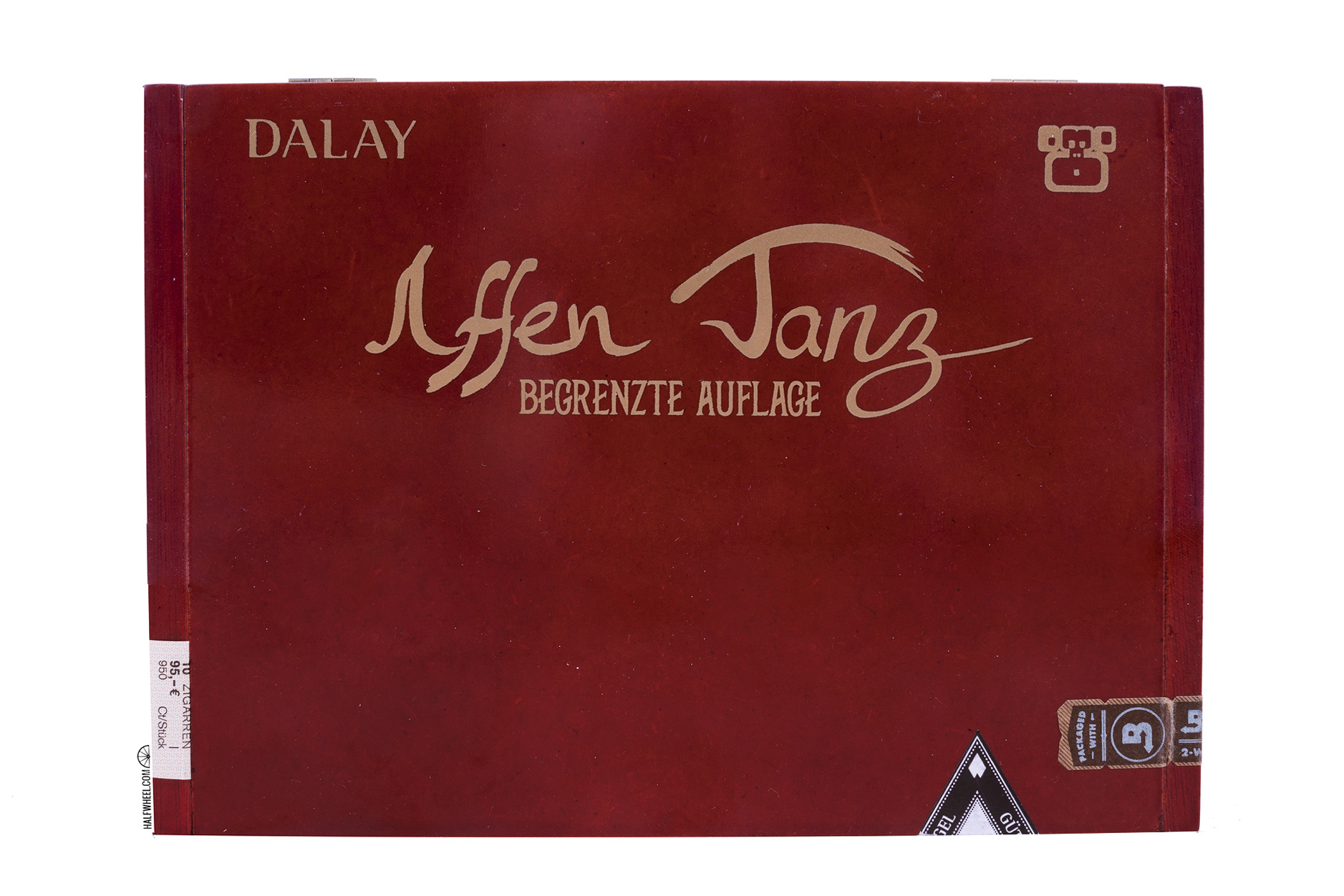 “Boredom is not part of the vocabulary of the monkey dance,” reads a description on Dalay’s website. “It demands attention. Those who pay attention to them, will be rewarded richly. She manages to stay interesting at all times. The initial mildness and sweetness turns into a serious and complex spiciness with notes of dark chocolate, roasted nuts and exotic fruits.”

The cigars were rolled at the Tabacalera Magia Cubana located in Santiago, Dominican Republic and is limited to 5,000 cigars packaged in boxes of 10, with each cigar carrying a retail price of €9.50 ($11.77.) In addition, while it was produced for Dalay Zigarren, Affentanz is also being sold to other retailers in Germany. 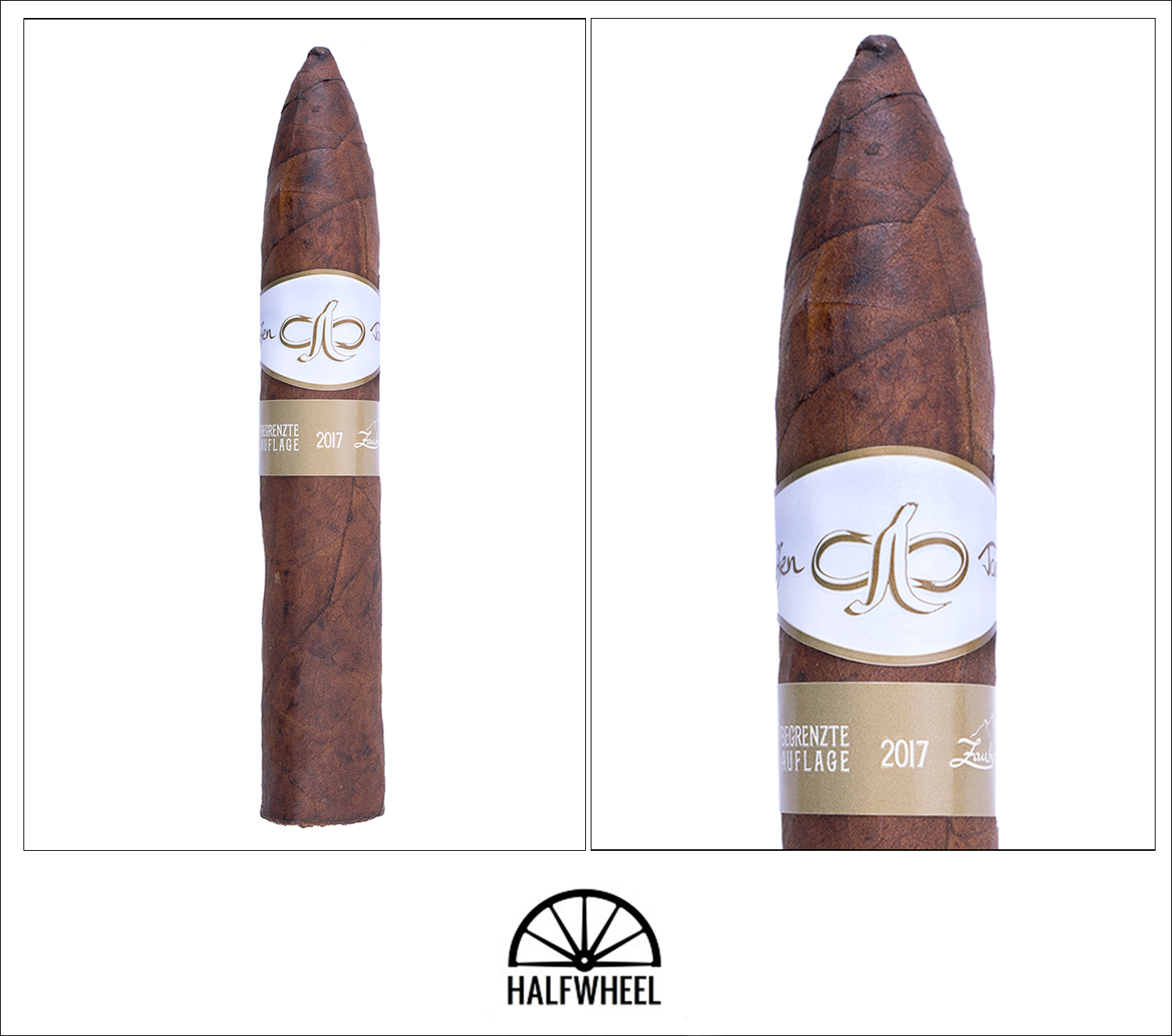 I have to admit, the Affentanz features one of the most distinctive wrappers I have seen in a while—albeit not in a good way—with mottled spots, overt bumps and obvious veins all fighting for space. The color could be best described as reddish-brown, and there is some noticeable oil and tooth present as well. Aroma from the wrapper is a combination of strong dark chocolate, creamy oak, white chocolate, leather, barnyard, manure and vanilla sweetness while the cold draw brings flavors of cocoa powder, creamy oak, dark chocolate, pencil lead, roasted coffee beans and a touch of floral sweetness.

Starting out the first third of the Affentanz, I am immediately blasted with dominant flavors of creamy oak and bitter dark chocolate on the palate, followed by notes of gritty earth, coffee grounds, popcorn and toast, along with some noticeable black pepper on the retrohale. There is an indeterminate sweetness on the finish and some orange citrus on the retrohale as well as just a bit of spice on my tongue, but none of them are all that strong at this point. Construction-wise, the draw on one sample is excellent after Dickman cut, but the burn has trouble out of the gate that needs to be corrected early on. The smoke production is in the average range while the overall strength ends the first third firmly between the mild and medium marks, although it does seem to be increasing. 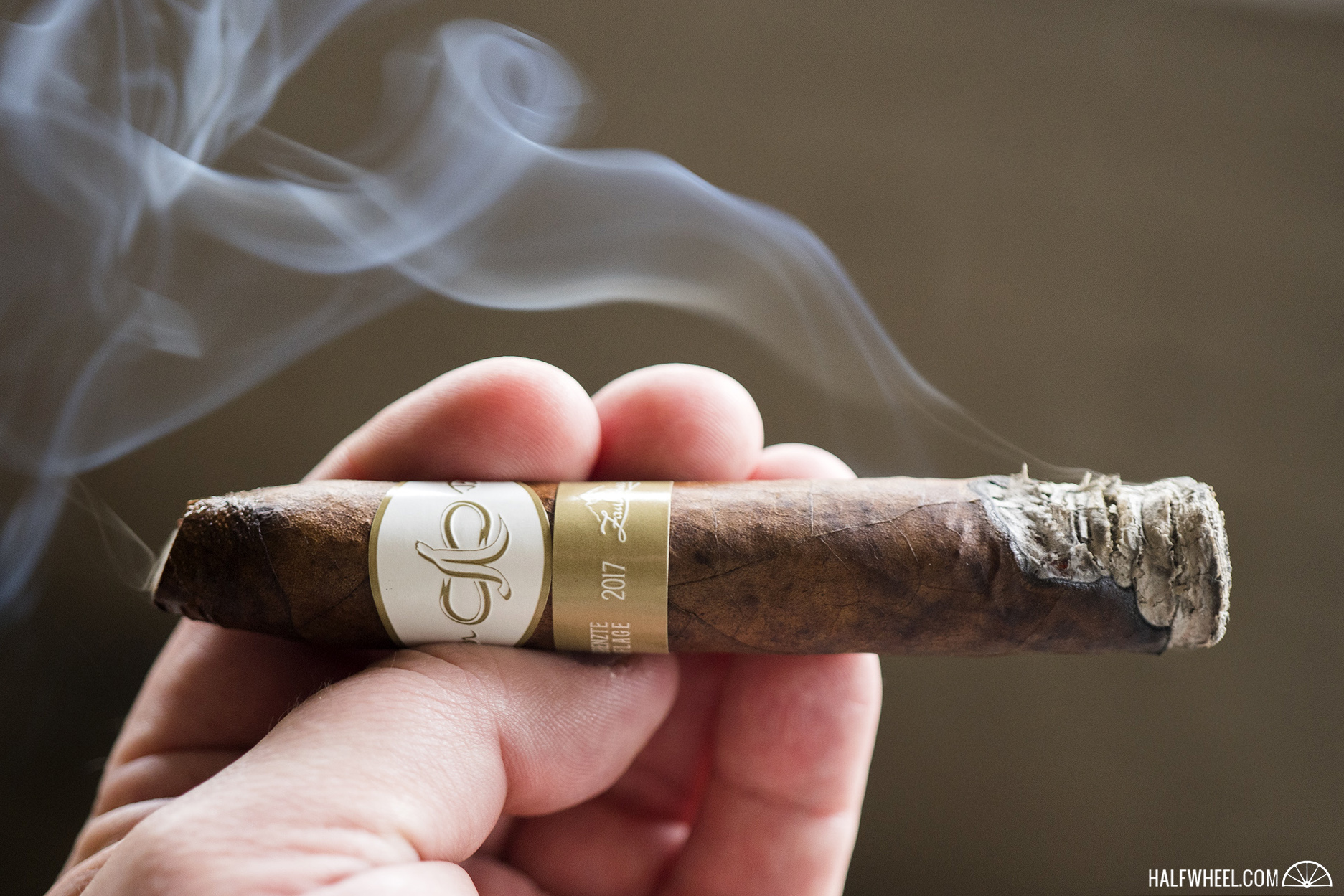 The second third of the Affentanz is very similar to the first third, with a profile that is a virtual carbon copy, including the same creamy oak and bitter dark chocolate combination that is dominant on the palate. Other notes of coffee grounds, earth, toast, leather and slight peanuts flit in and out, while the black pepper note on the retrohale is still present, though noticeably reduced. One change is the sweetness on the retrohale, which has become distinct enough for me to place as reminding me of Cinnamon Toast Crunch cereal, but the spice on my tounge is long gone by the halfway point. The draw continues to impress and the burn has evened up a bit, while the strength increases but ultimately fails to hit the medium mark by the end of the second third. 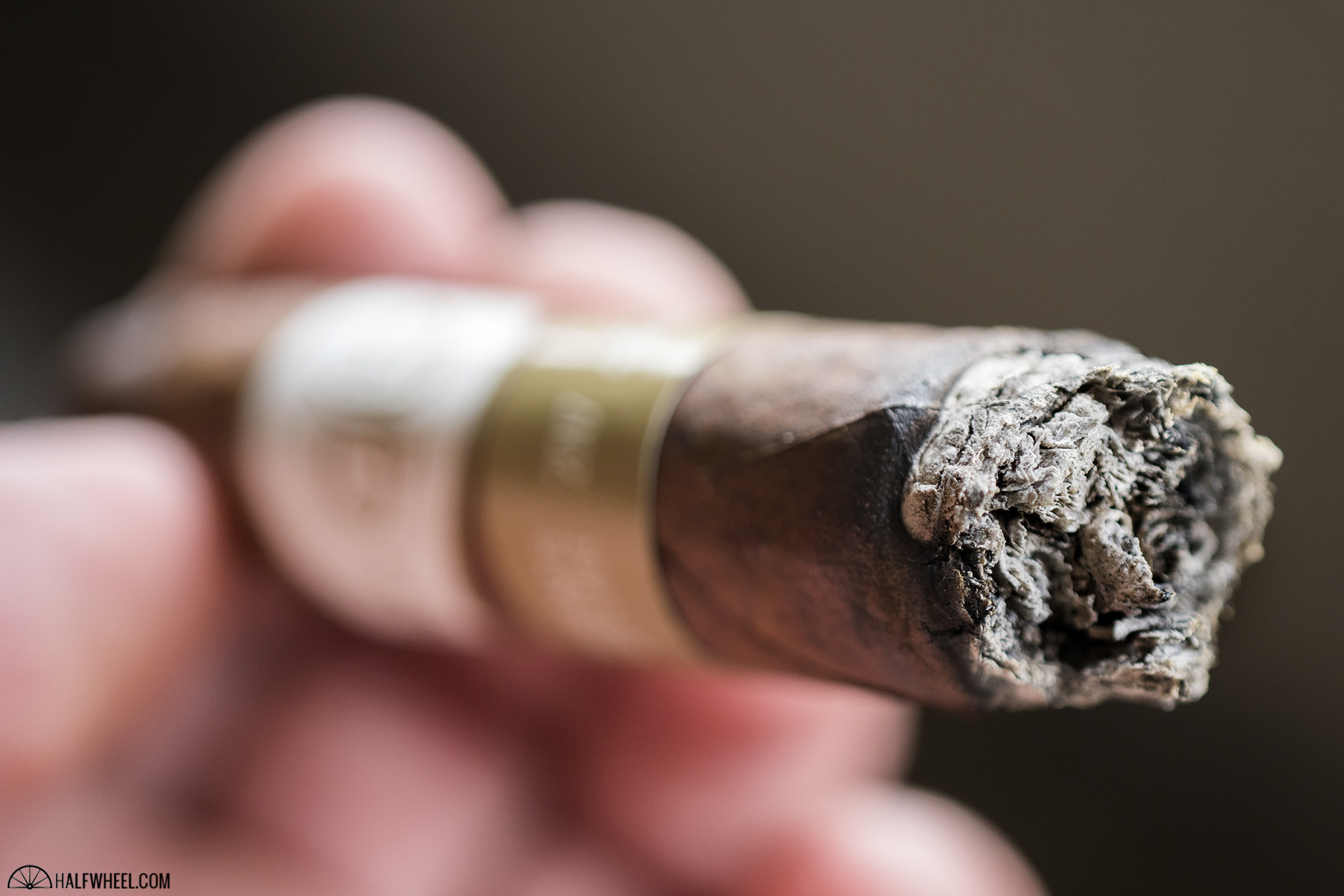 Although the dark chocolate and oak notes remain dominant during the final third of the Affentanz, there are some new flavors in the profile as well, including bitter espresso beans, hay, floral, olive oil and a touch of rye bread. The Cinnamon Toast Crunch sweetness is still obvious on the retrohale—albeit not as distinct—and while the black pepper is still noticeable, the level has been reduced from its high point. The draw remains fantastic, but the burn once again has issues, leading to a couple of quick corrections. The smoke production continues to pour off of the foot in fairly restrained amounts, while the strength level hits a point just above the medium mark by the end of the stick when I put the nub down with a little less than an inch to go. 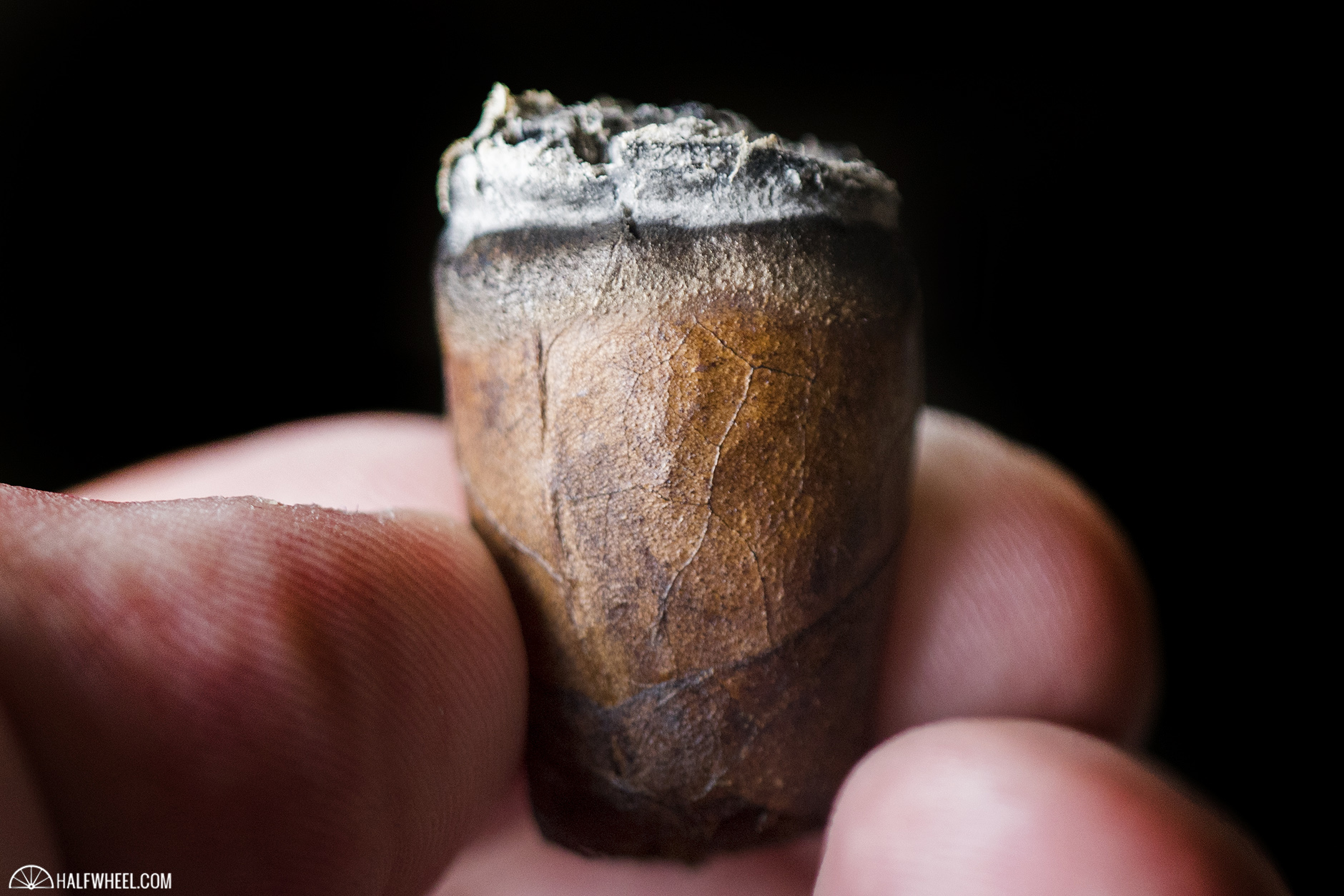 When the Affentanz is good, it is very good. Unfortunately, only one of the samples I smoked managed to reach that qualification, while the other two ended up below that mark, mostly due to the lack of complexity and burn issues. At its best, the profile featured distinct oak, dark chocolate and orange citrus complimented by an interesting Cinnamon Toast Crunch sweetness, but two of the three cigars had flavors that were harder to pinpoint, resulting in less balanced profile overall. Add in the burn issues and I was left with a blend that was inconsistent, albeit good enough to try if you come across them.