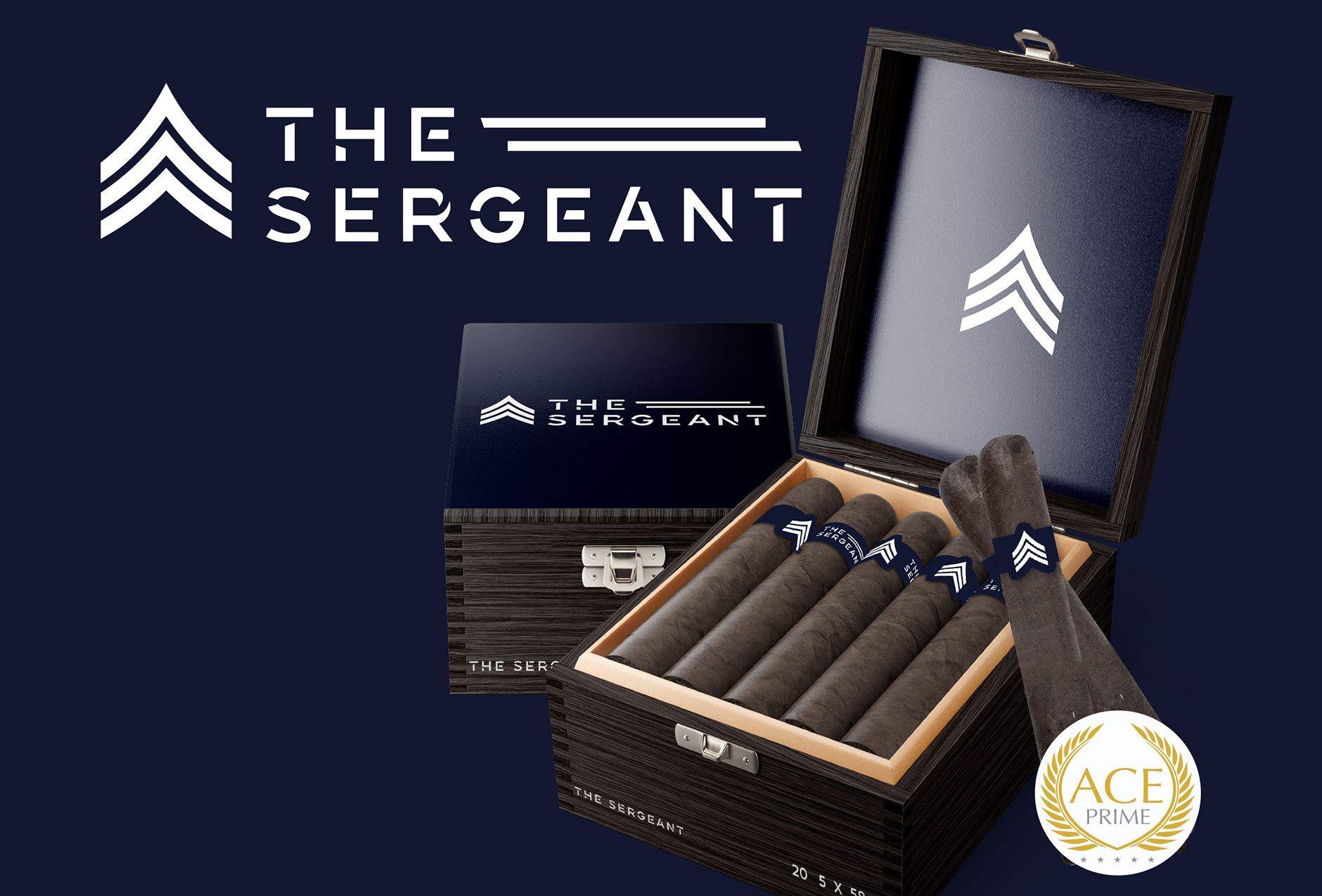 ACE Prime’s newest cigar release is one that will pay tribute to the heores who fight in anonymity and sacrifice out of deep-rooted honor, regardless of recognition or acclaim.

The Sergeant will debut at the 2021 PCA Convention & Trade Show in July, a 5 x 58 robusto gordo that uses an Ecuadorian-grown corojo 99 wrapper, a double binder of leaves grown in Connecticut, and fillers from Nicaragua, including ligeros from Estelí and visos from Jalapa and Pueblo Nuevo. The company is not disclosing much in the way of specifics about the binders, other than it is not a broadleaf, but rather a hybrid seed. The company calls is a medium to full bodied cigar.

“Luciano and I blended this cigar mindful that this product represents the most noble values of humanity and that’s why the hands and hearts involved into the craft of this cigar, everyone, understood the honor of being part of this project,” said Eradio Pichardo, master blender and co-owner of ACE Prime and Tabacalera Pichardo, via a press release. It is made at Tabacalera Pichardo in Nicaragua.

“I was inspired by the life of my dear friend and US Marine Corps Sgt. Brian Acevedo, one of the most altruistic and self-giving persons I know,” said Luciano Meirelles, master blender, president and co-owner of ACE Prime, via a press release. “Brian is the living example of what is to put the lives of others before your own. He has encountered peril many times and stood his ground. This cigar honors every man and woman who bravely committed to unconditional altruism.”

The Sergeant has an MSRP of $10.50 per cigar and is offered in 20-count boxes. It will only be available to retailers who attend the show, and will begin shipping to retailers immediately after the conclusion of the PCA Convention & Trade Show, which runs from July 10-13. Production is not being limited to a fixed number of cigars.