In 2014, A.J. Fernandez Cigars made headlines with its New World cigar, which was the first one created together by Abdel Fernandez and his father, Ismael, a long-time cigar man who had worked for Plasencia Cigars S.A. for the previous 17 years.

This year, father and son are back with another new release slated for the IPCPR Convention & Trade Show: Enclave.

The company calls Enclave a full-bodied cigar, using an Ecuadorian habano rosado wrapper and Cameroon binder, while the filler is described as a blend of AJF Select Nicaraguan and AJF Nicaraguan piloto cubano. The end result is a smoke that offers notes of pepper, spice, cedar, and cinnamon.

In a press release, the company said that “the spirit of the Enclave cigar lies within the special brotherhood created by those who enjoy a great cigar,” adding that people from every background can bond together over a premium cigar. To illustrate this, the Enclave band features artwork and a band that depicts images of Native Indians, a representation of the original tobacco enclave.

“There is no doubt that there is a special bond shared among those passionate about cigars,” added Abdel Fernandez via a press release. “I experience it daily as I have the luxury of sharing my labor of love with my father, Ismael. We invite you to join our ‘Enclave’ with this special cigar that we have patiently crafted to perfection.” 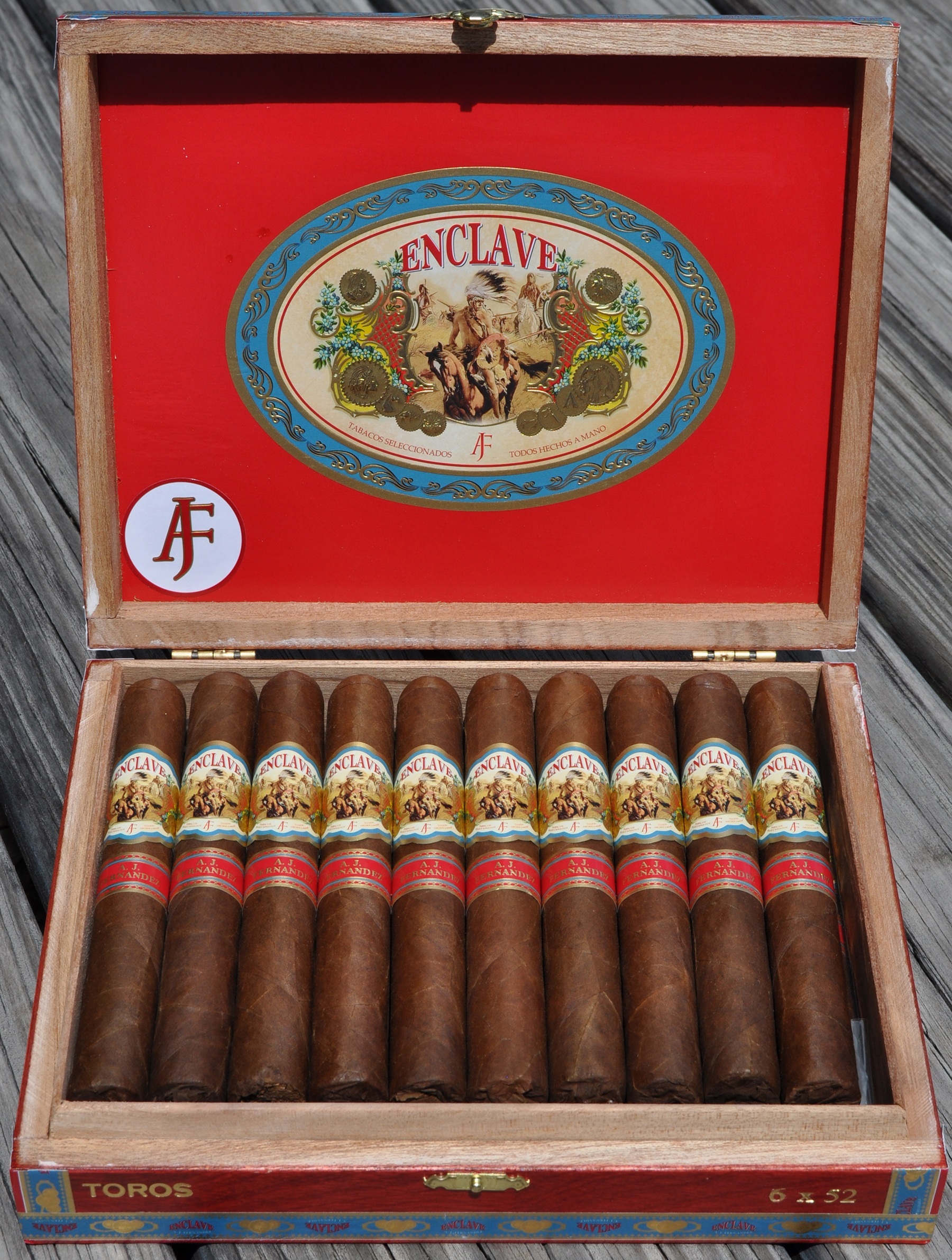 The cigars are made at Tabacalera Fernandez in Estelí, Nicaragua and are scheduled to begin shipping to retailers immediately after the IPCPR Convention & Trade Show, which happens July 17-21 in New Orleans, La.