It’s been a while since Brooks Whittington and I were left unattended on the rolling floor of Cigars Davidoff, but today is the third—and yet not final—look at the photography from our trip to Davidoff’s Dominican operations. It started quite literally on a farm in Jicomé, then nearby at Procesadora de Tabaco Palmarejo (PTP) and now at Villa Gonzales, home to three Davidoff factories—Cigars Davidoff, Occidental Cigar Factory and O.K. Cigars.

Occidental is responsible for clients like Hammer + Sickle and Paul Garmirian. It’s where employees begin their training before graduating to O.K. Cigars, the factory responsible for AVO, Zino and other non-Davidoff brands in the Davidoff of Geneva portfolio. The best will eventually find their way to Cigars Davidoff (Cidav), which is where Davidoff’s famed white label products are rolled and where Brooks Whittington took the following pictures. 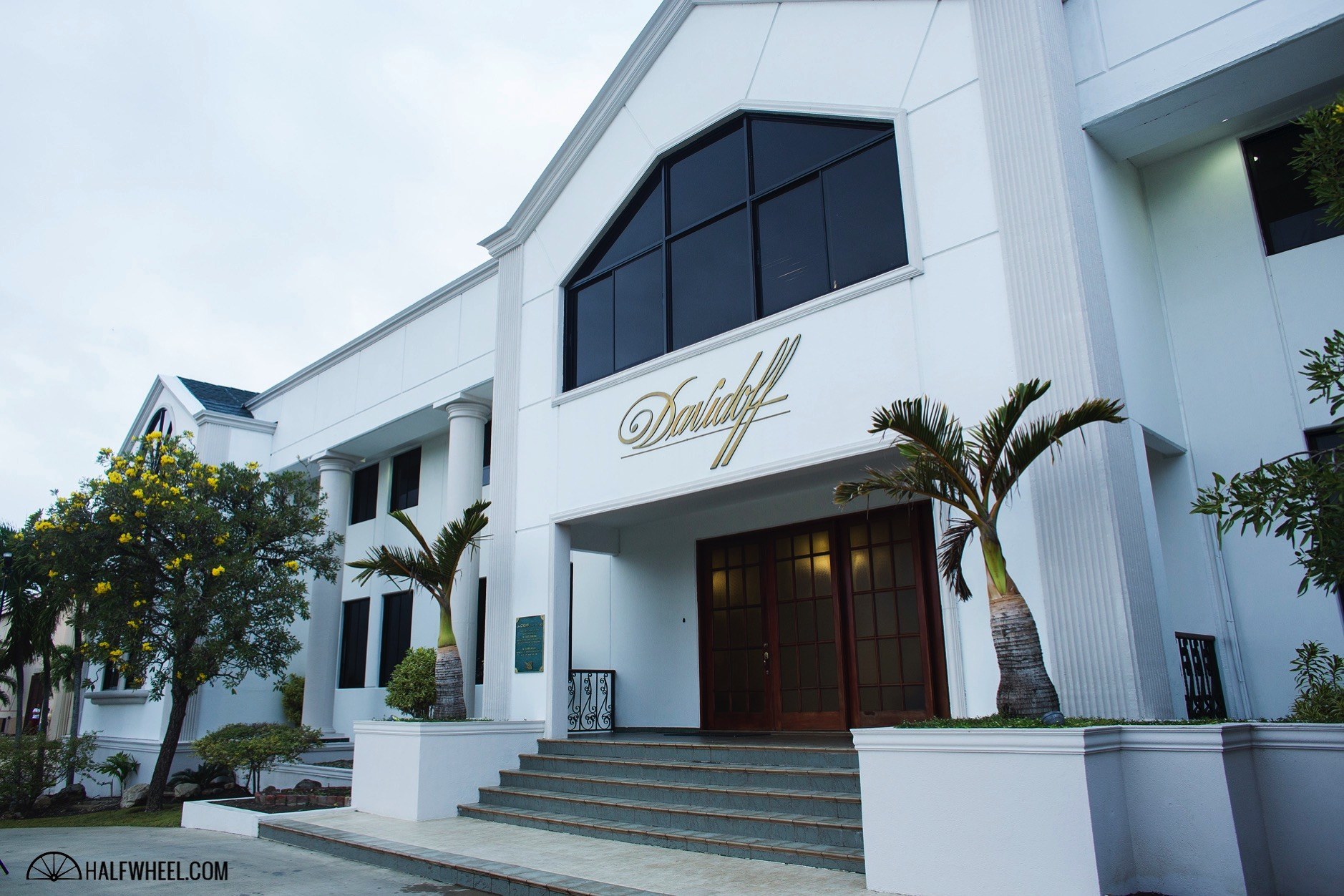 The exterior of the Cigars Davidoff factory in Villa Gonzales. 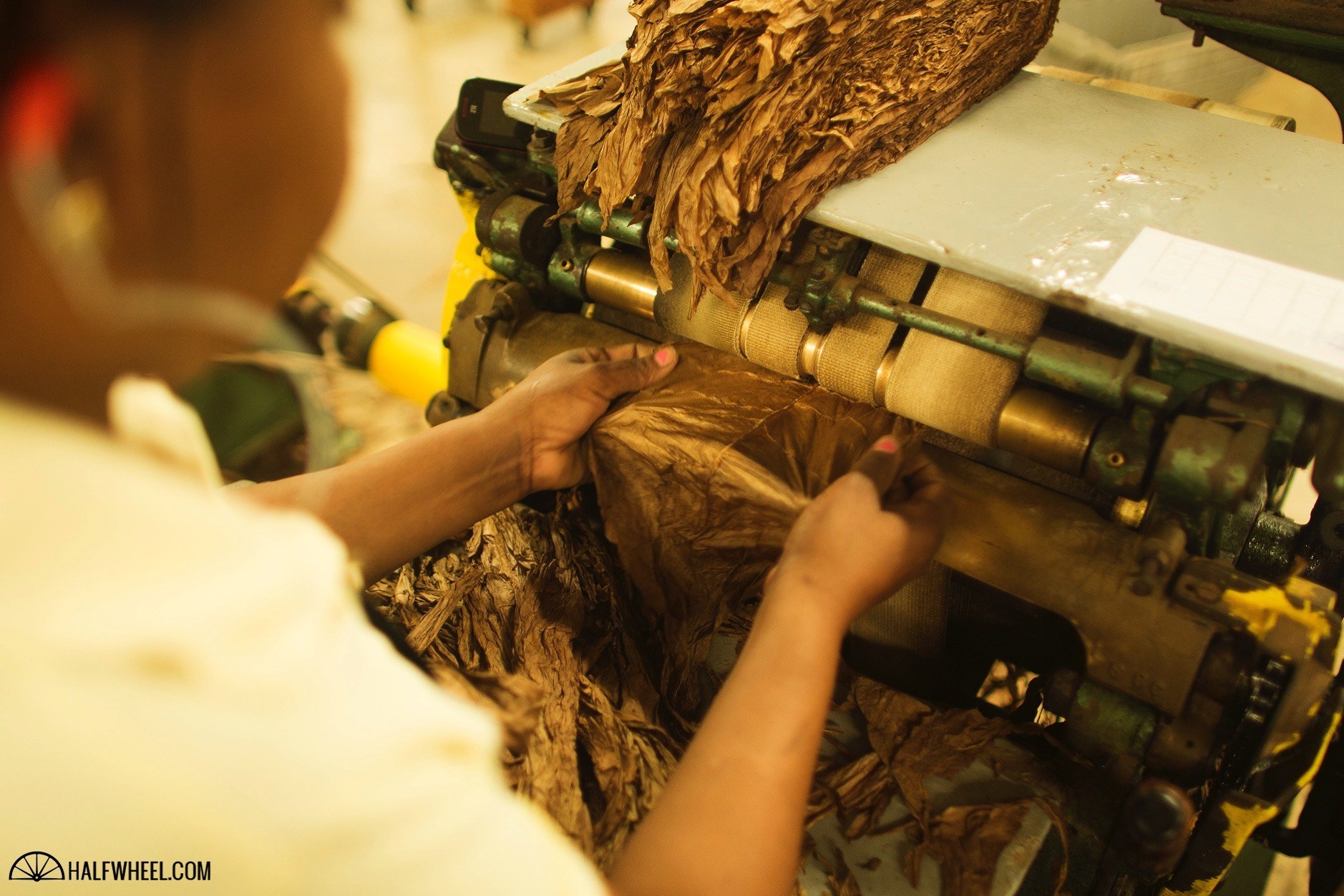 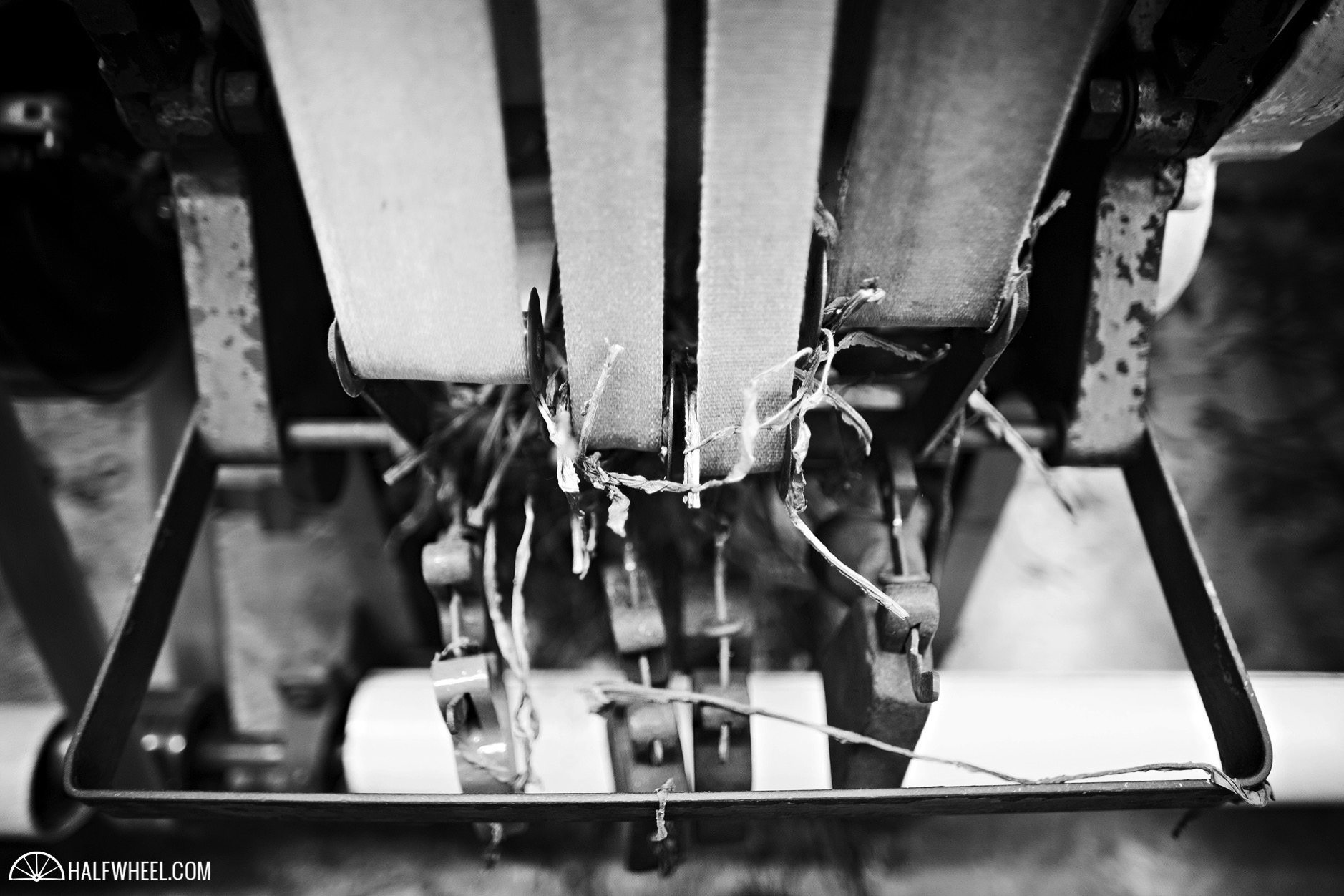 The veins that are stripped off of the leaves collect in the bottom of the machine. 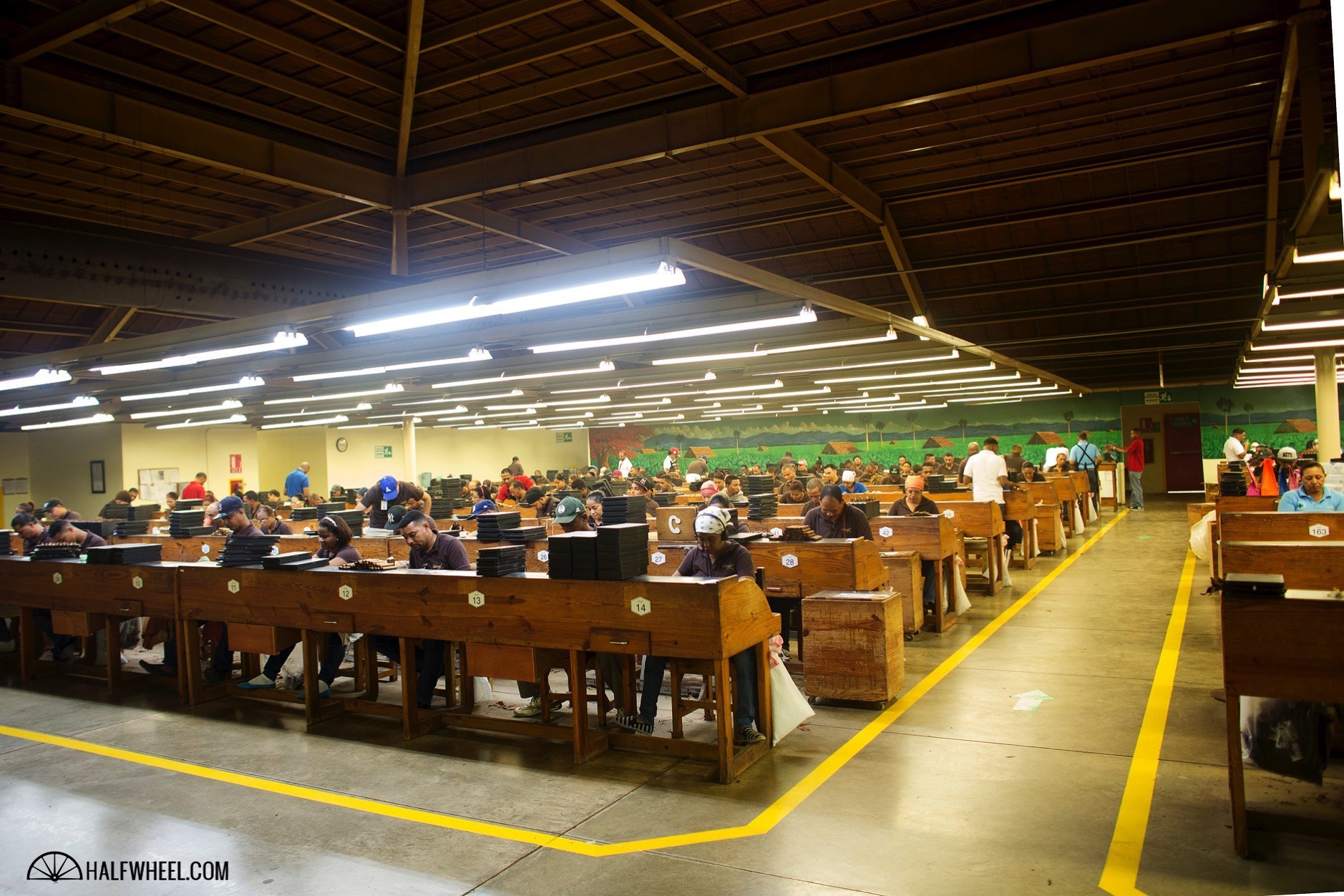 The rolling floor at Cigars Davidoff. 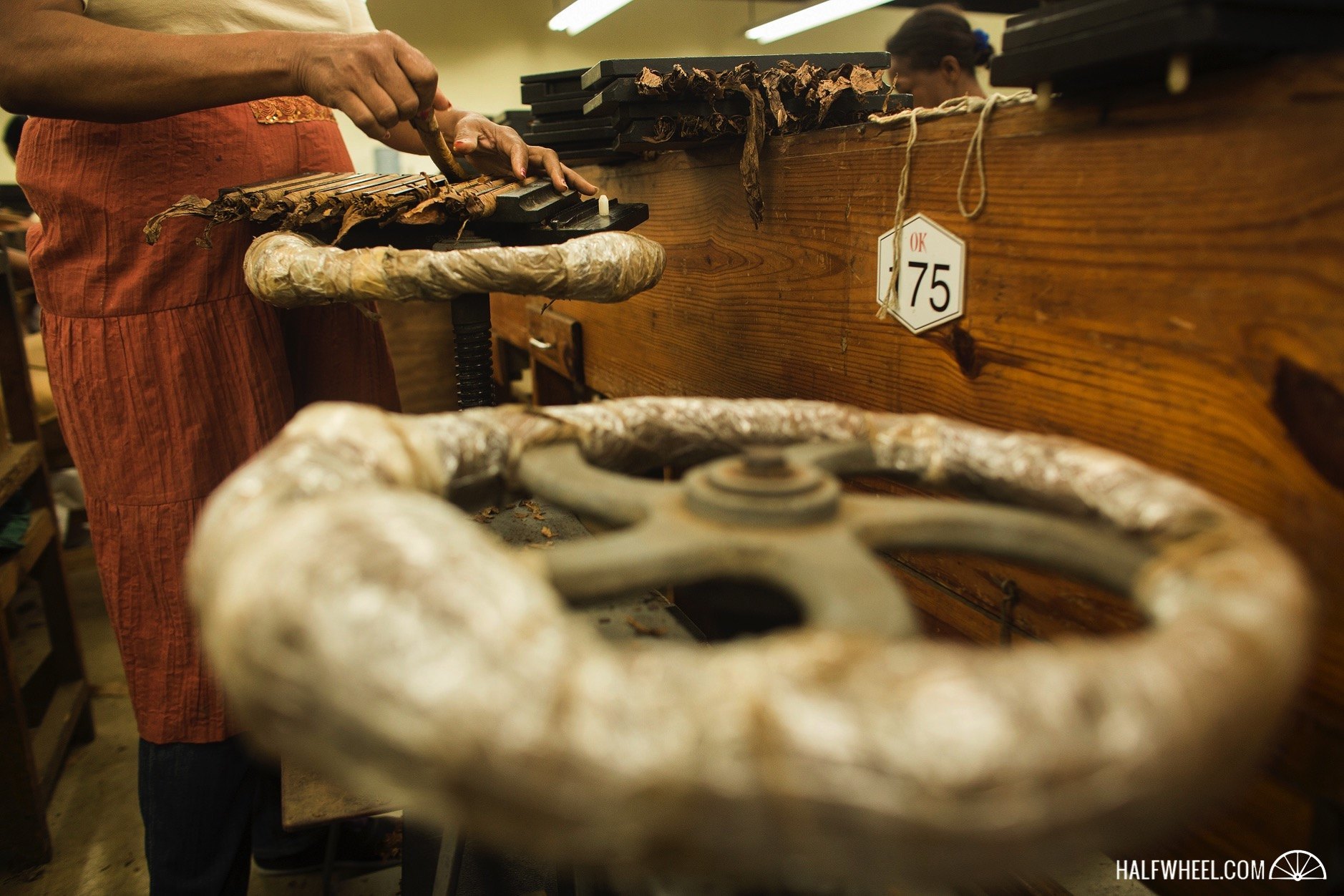 Davidoff is known for its quality control, here bunches are checked before being rolled. 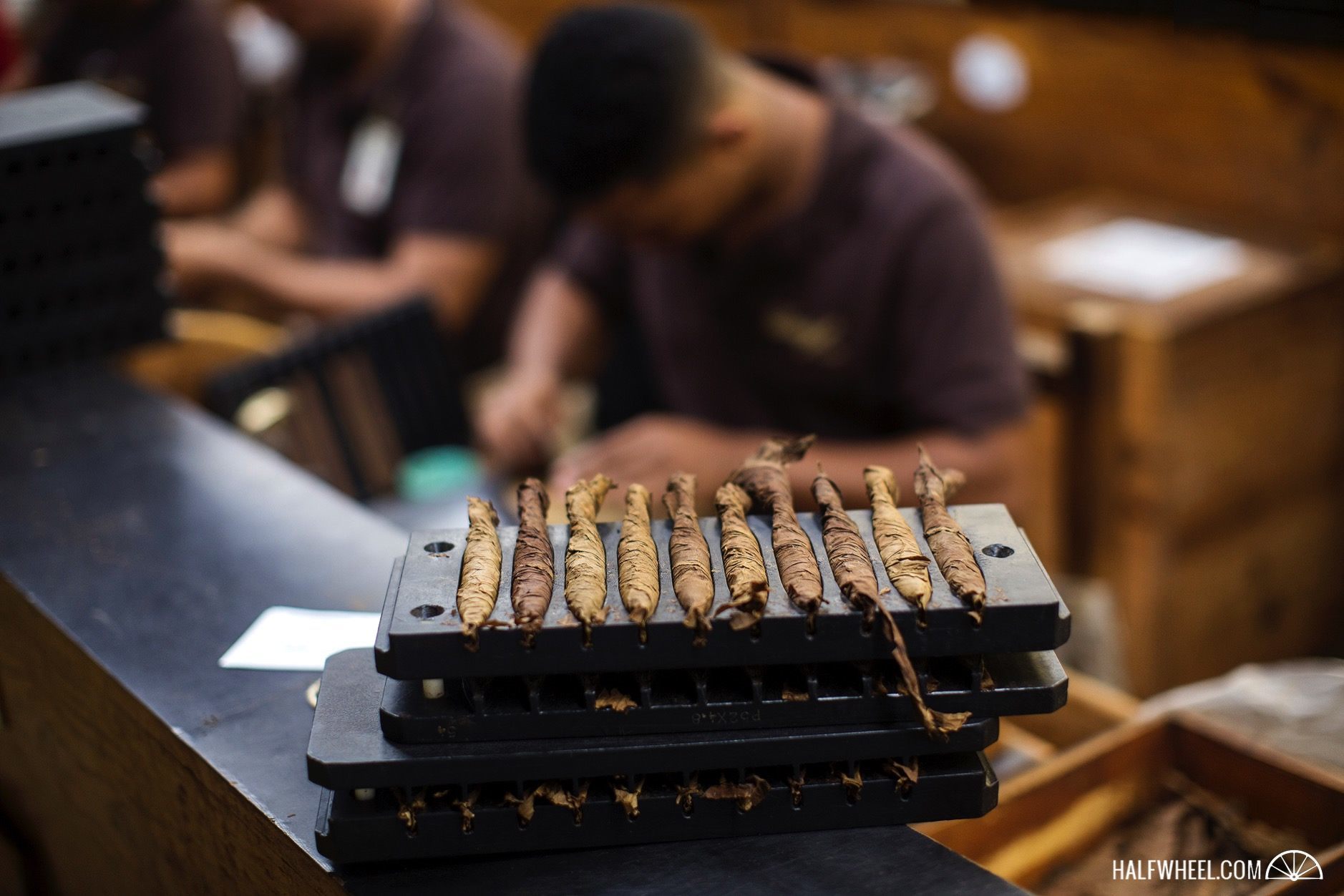 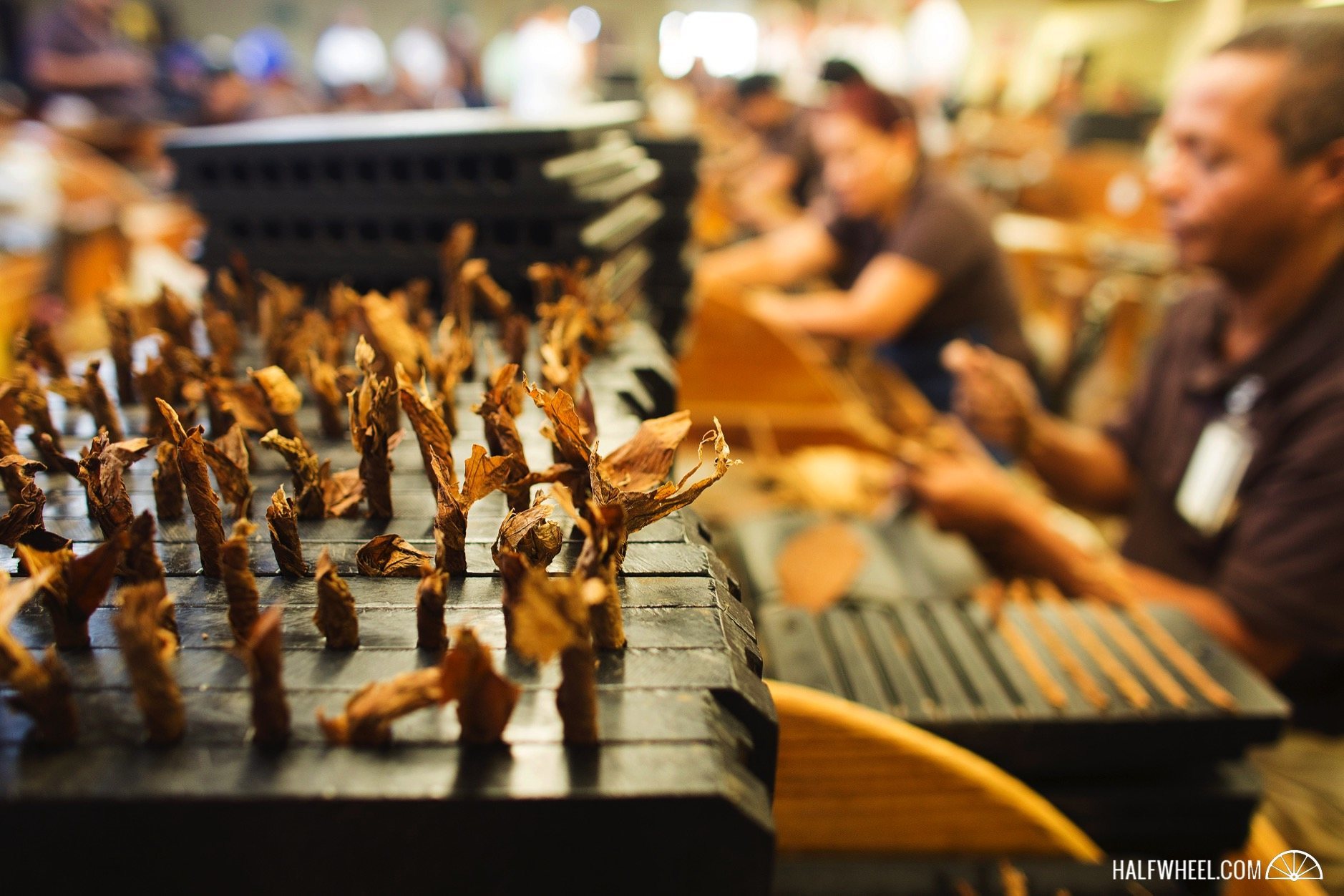 Cigars in molds await their turn to have wrappers applied. 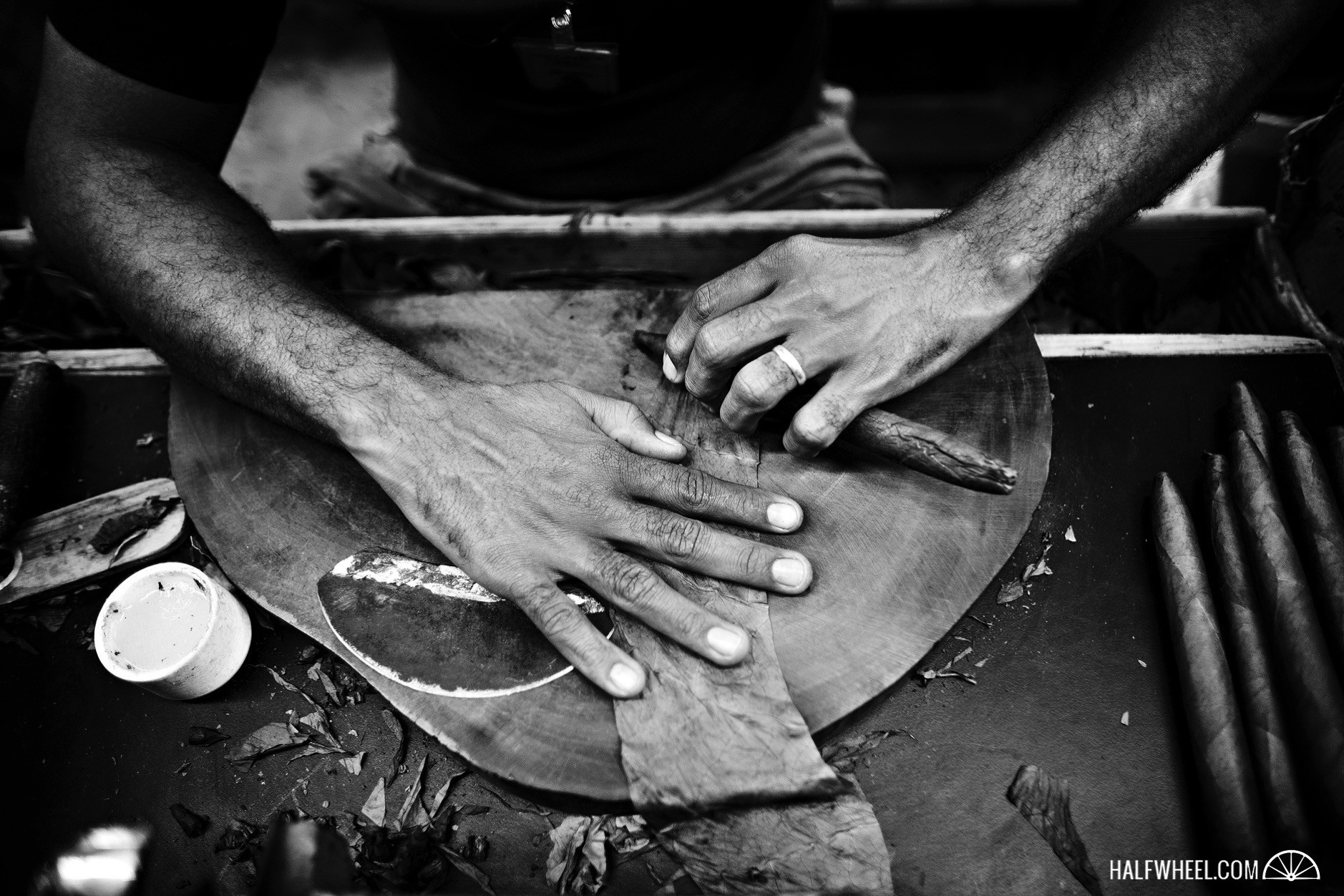 At Davidoff, both men and women are responsible for rolling and bunching. Some factories will divide the roles by gender. 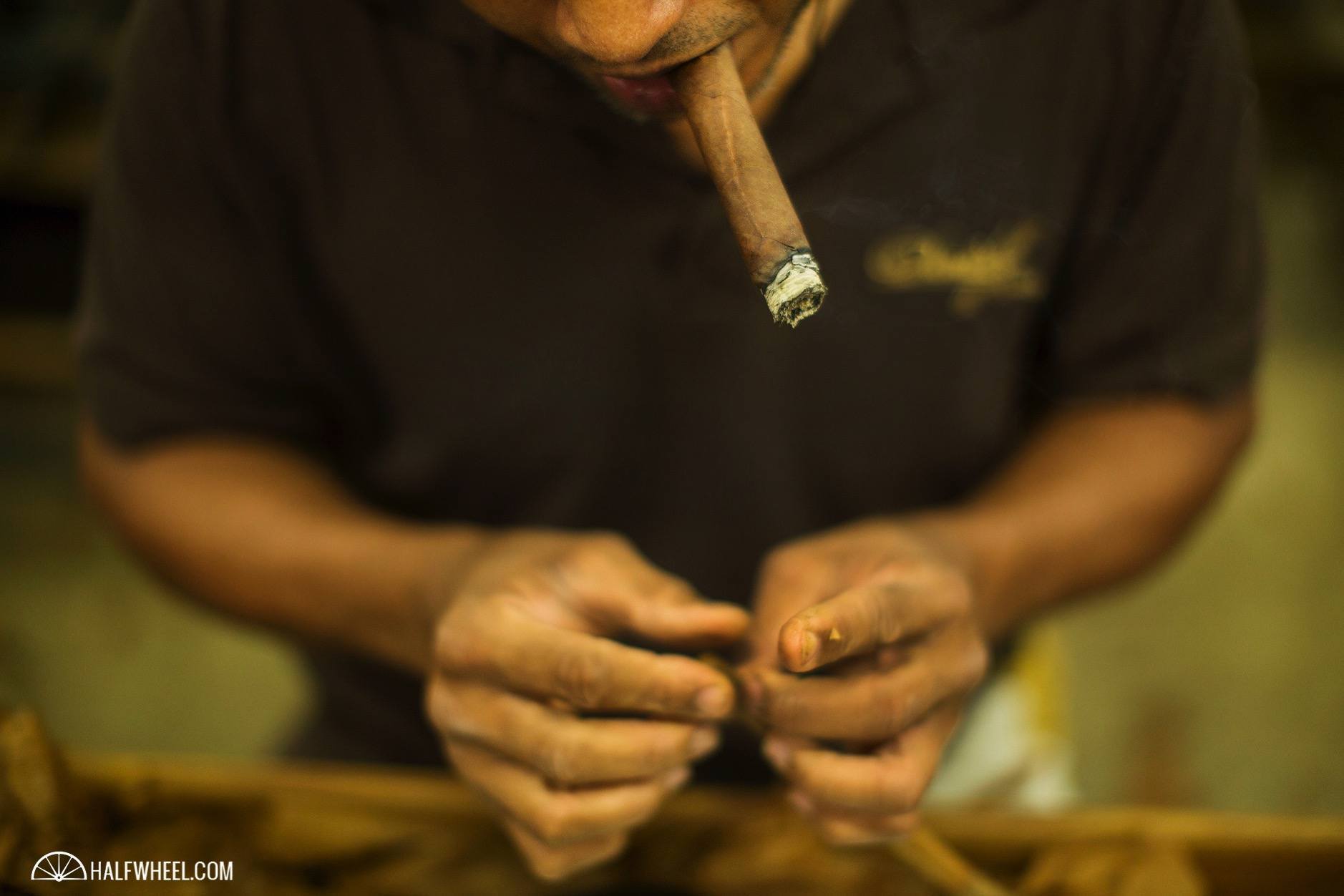 The cap is applied to the end of a cigar by a worker at the factory. 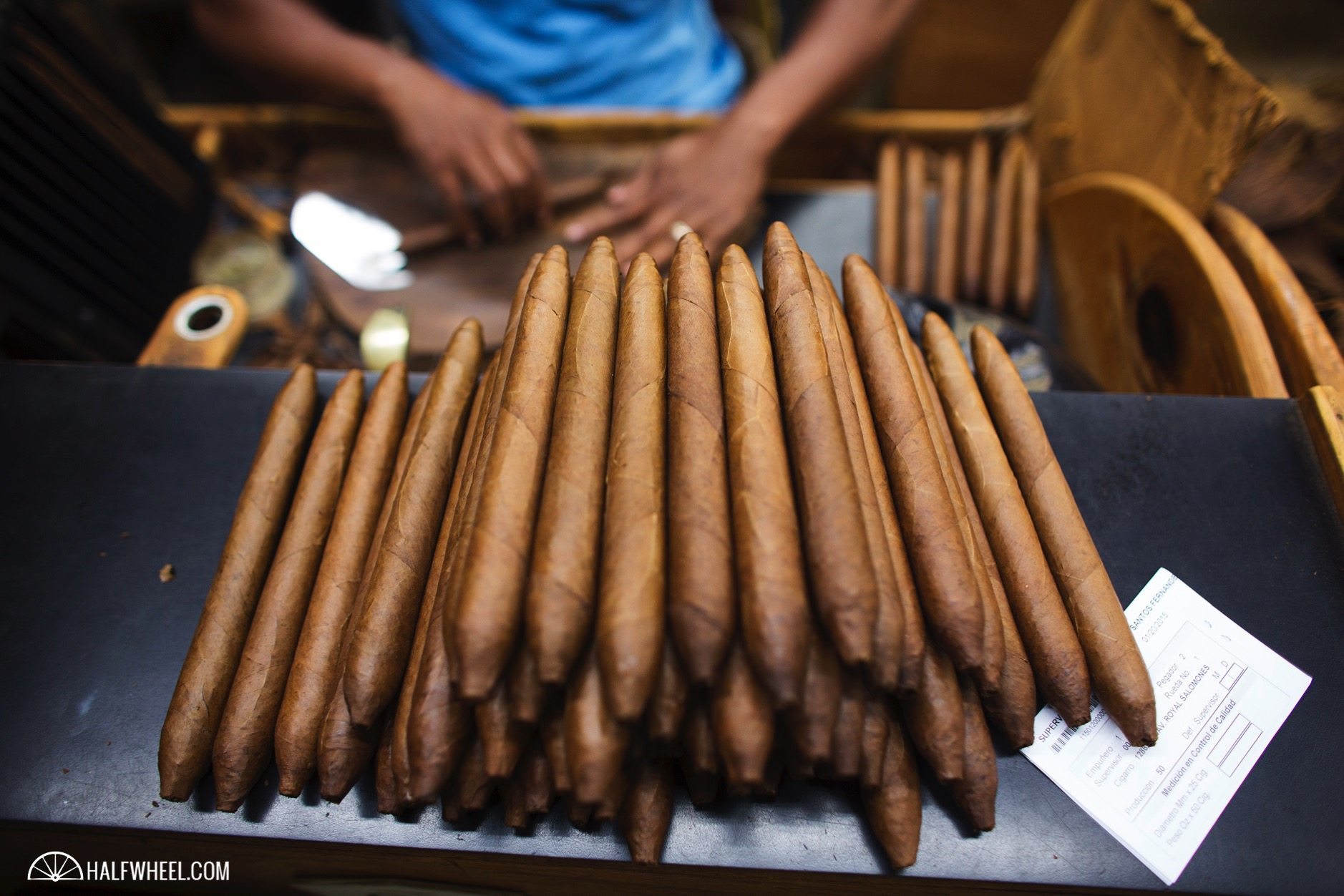 Davidoff Royal Salomones sit in a pile after being finished. The pile is worth roughly $2,500 at retail. Eladio Diaz heads up the operation in Villa Gonzales. He not only leads the Davidoff blending team, but he’s in charge of quality control. While photographing the different factories we spotted Diaz—and his hat—at different tables just like this. After other supervisors checked each cigars, Diaz would reinspect hundreds of cigars. Most of Davidoff’s packaging actually takes place elsewhere, but here a cigar was being banded. Davidoff ships cigars in bulk boxes to its three depositories worldwide where the cigars are reinspected, banded and boxed before shipping out to retailers. A worker named Superman holds his identification badge towards the camera. He works in the area where tobaccos are separated to be sent to the rolling tables.