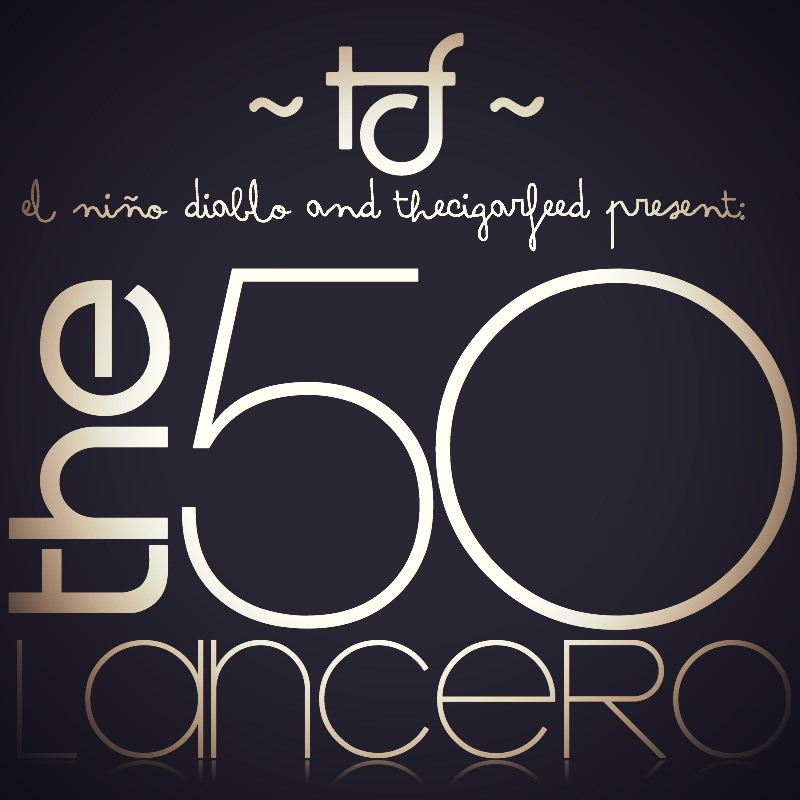 With the Lancero50 about to begin, it seemed appropriate for a primer on my favorite vitola. Without a doubt, one of the less popular cigars as far as sales numbers go, the Lancero, thanks to a few devoted fans seems to be making a comeback, again. Over the next fifty days, I’ll post a review each day of a Lancero that isn’t from Cuba. Some will be some of the more known Lanceros, others few will know exist. From the dirt cheap (not really) to the hyper-expensive, there’s a lot of Lanceros. But before I begin a conquest of 60,000 or so words over the next 50 days, a few thoughts on the vitola itself.

It’s Not Traditional
There are a lot of myths seemingly floating around about Lanceros, one of (if not the largest) is that it’s a traditional Cuban size/name. It’s not. A Lancero is based on the Long Panatela vitola, but wasn’t made until the 1960s. The Cohiba Lancero was the first of the vitola ever to be created, made for Fidel Castro. It would become his personal cigar, until his paranoia led him to create the Trinidad label, where he would take up the Trinidad Fundadores. The factory name was El Laguito No.1, a 7 1/2 x 38 cigar with a pigtail cap. El Laguito refers to the famed Cohiba factory in a wealthy Havana neighborhood, which is also where the Trinidad was originally made. Compared to sizes like the Corona or Rothschild – the Lancero is a baby in terms of age.

It’s Not Popular
It’s unlikely that your average smoker would be a Lancero fan. It doesn’t carry the prominent name like Robusto or Churchill. It’s more expensive than most sizes and not readily available. Even those that smoke multiple cigars daily don’t seem to be a large fan. First and foremost, there’s the image problem. People imagine what a cigar should look like in one’s mouth, skinny and long is a far contrast to the term “big fat cigar” that is readily used in and outside of the cigar community. Many describe them as “girly,” particularly in the face of the big ring gauges. I don’t choose my cigars based off of image, hence why I’m not smoking Red Dot Cohibas on a daily basis, but many do, hence why Altadis is still making money. In a bit more seriousness, people often complain of Lanceros having tight draws and burning hot. The former doesn’t seem to be as large of a problem as it once was. Cuban cigar quality is still hit or miss, but the non-Cuban quality has improved drastically in post-boom era, as manufacturers seem to have taken a much different approach regarding Lanceros, understanding that the niche market for them demands quality, resulting in better cigars.

The Art of Lancero
It starts with how they are made. Not all blends should be done in Lancero. The extremely biased wrapper to filler ratio means that wrapper tobacco must be able to be the focal point of the cigar. Every blend is tweaked more or less for each size, but Lanceros require some of the most significant changes. Blenders simply cannot stuff the same quantities of filler, so the cigars often taste much different than the rest of the line. This uniqueness and difficulty continues to the rolling table. The El Laguito No.1 size is regarded as the hardest non-Perfecto vitola to roll. As such, usually the most experienced rollers at the factory get tasked with the job, because inexperienced rollers create draw issues. The difference in personnel helps to explain one of the reasons for the premium of the Lancero, but other tasks such as efficiency and rejection rates also are known to factor in.

Smoking a Lancero is an art. With a 60 RG cigar, puffing every twenty seconds is doable, for most, taking a draw quicker than the normal puff per minute ratio is ideal. With a Lancero, smokers must learn to slow down, a lot. Because there is no uniform size for the vitola anymore and because every blend is a bit different, it’s very much a game trying to figure out just what is the right speed at which to smoke. It’s not simply a matter of preventing the cigar from becoming hot (most the time 90 seconds a puff will prevent that), but rather finding just what allows the cigar to show off its full potential.

The Fan Club
The rise of the 6 x 60s has led to one interesting an observation, no one in the industry seems to smoke them. I repetitively quote Pete Johnson, founder of Tatuaje, who says something along the lines of, “I don’t smoke them, but they are the best selling size in every line I do them in.” (That quote is not the exact one.) It seems most of the people who are behind the brands themselves like the smaller ring gauges. I should point a large caveat to that statement, amongst rollers, large ring gauges seem extremely popular. For most, the Corona it seems is the holy grail, but there’s a huge fan club of the industry’s biggest names that like Lanceros. Litto Gomez of La Flor Dominicana, says on the LFD website that it is his favorite size, hence why the Litto Gomez Lancero was made. Nestor Miranda of Miami Cigar & Co., also shares this passion and his personal cigar is the Nestor Miranda Special Selection Lancero. Carlito Fuente, current head of Arturo Fuente, describes it as the best size he makes, which is ironic given how difficult it is to get a Fuente Phantom, the name given to the vitola. Also in the fan club: Andre Farkas of Viaje, Pete Johnson of Tatuaje/Havana Cellars, Guillermo León of La Aurora/León Jimenes, Bruce Lewis of Toraño Family Cigar, José Oliva of Oliva Family of Cigars and Edward Simon, Brand Manager of AVO.

Lancero’s Today
There are few 7 1/2 x 38 Lanceros made outside of Cuba today. Most seem to be 7″ long and a lot are being made slightly shorter than that with 40 RG. José “Don Pepín” García, of My Father Cigars, is responsible for a large portion of the Lanceros made today, including some in the traditional El Laugito No.1 size and in the more modern interpretation. While the 6 x 60s are still the hot thing, the Lancero is making a comeback, particularly amongst serious smokers, who are beginning to understand what makes a Lancero today. In addition, the Petite Lancero, most popular in the Fuente Fuente OpusX line, seems to be on the mind of Pete Johnson who introduced the slightly shorter rendition in limited quantities in both his original El Triunfador blend and in the popular Tatuaje Black Label.

Why You Should Try Them
For me, it was simple. The wrapper is the best tobacco, also the most expensive. Only the best looking and highest quality of each tobacco is turned into wrapper. In addition, most of the flavor in a cigar comes from the wrapper. Factor in that the most skilled rollers are the one’s producing the cigars and simple math says that getting the purest form of wrapper tobacco makes a lot of sense. I’m a big proponent of trying every vitola in a line, as they all taste different, but the truth is, the Lancero usually should taste the most different. Smoke production might be my most important trait in a cigar after flavor and it’s hard to find cigars that can deliver more smoke than a properly consumer Lancero.

Parting Thoughts
Everyone’s preference is different and every blend is different. Not all smokers are going to enjoy Lanceros. Not all blends should be made in the El Laguito No.1 size. However, perhaps more than any other vitola, Lanceros seem to be dismissed for all the wrong reasons. There are plenty that I know that have tried Lanceros and just don’t like them. Yet, I generally believe that that is the minority. I think there are those that have smoked one or two and judged the entire vitola by those cigars, those that have overlooked the size perpetually and then those who just refuse to try the size for whatever reason. I really do believe there’s something to be said that the Lancero is easily a candidate for the most popular size amongst those who produce cigars. For anyone that has overlooked the vitola for whatever reason, that alone should be a good enough reason to revisit. — el niño diablo.