As part of the build-up to the incredibly popular Texas Cigar Fest held this past April, A.J. Fernandez and Serious Cigars announced a new regular production store exclusive vitola that would make its debut at the event.

“A.J. Fernandez’s New World is a special cigar, and we love to offer our customers unique products,” said Ron Lesseraux, owner of Serious Cigar. “It only made sense to create a special edition New World, for Serious Cigar customers. It is true that everything is bigger in Texas, so we decided along with A.J. to push the limits, and create the New World Brute.”

The New World Brute is a box-pressed 6 x 66 gran gordo, the biggest size in the New World line, which debuted at the 2014 IPCPR Convention & Trade Show and arrived at retail in August. It is a Nicaraguan puro with a binder from Jalapa and fillers from Condega, Estelí and Ometepe, and was created to pay homage to “the discovery of the mystical smoking leaf named tobacco by the Europeans, when their ships landed in what is now known as the New World,” according to a company press release. New World was created with the goal of crafting a cigar that could sell for $10 but was offered for about half that amount.

Additionally, New World was the first cigar Abdel Fernandez created with his father, Isamael, who had previously worked for the Plasencia family for 17 years. The New World Brute’s candy bar shape is certainly different from your typical, off the shelf parejo, and is most noticeable at the head, where the hard press on the cigar appears to make the shoulders cascade downward. From front to back there is a firm pillow sensation, while a squeeze from side to side shows a much harder profile. There is a good amount of tooth on the earthy brown wrapper, with the veins small and a visible but clean seam line. The prelight aroma is rich and complex with notes of toffee, nuts, a bit of wood, some pepper and even a bit of toast. The cold draw varied between the two samples, one was average and the other was wide open; both were less vibrant than the aroma, showing a slightly more earthy flavor with just a touch of pepper.

While I’m not crazy about the size of the New World Brute, the box press certainly helps make it easier to focus on the flavors, which are on the bold and brash side early, as the New World Brute leads with pepper and earth, skewing a touch to the bitter side for my palate but correcting that within about 10 minutes of being lit. There is no shortage of smoke, particularly on the sample with the loose draw, and if you’re downwind of a breeze as I was, you’ll find yourself swatting the peppery smoke away. In one sample I get an interesting cotton candy note that provides a very enjoyable sweetness to both the flavor and aroma. The burn line seems to be in no rush to move up the cigar, taking about 30 minutes to reach the one inch point, making me realize I’m in for a long smoke fairly early. As the smoke on the palate continues to settle in, retrohales present a sharp and almost metallic sensation in the nose, complete with a good amount of pepper. The ash is sizable and builds up over an inch in length, finally crashing down hard and helping to open up the draw, as the cigar was having a tough time staying lit just before it detached. There’s a slight smokiness that begins to enter the profile of the New World Brute near the start of the second third that gives the flavor a new spin as the pepper has died down just a bit and there is a bit more of a rounded flavor profile. There certainly seems to be some effect on the flavor from the variance in the air flow,  The burn rate continues to be incredibly slow, almost to the point of dragging and inhibiting the flavors from progressing fast enough to be attention-grabbing. That said, the burn line has been even and there haven’t been any real issues getting the cigar to burn properly. A slight uptick in strength gets the cigar queued up for its final third, as the earth and pepper begin to return and there’s more nicotine being picked up. Another sizable chunk of ash bridges the transition from the second to final third of the New World Brute and the flavor continues to ramp up until the ash drops off and thick white smoke begins billowing off the cigar while giving a much fuller mouth feel. There is plenty of chalky earth and white pepper that lingers on the palate, while the nose is getting a good tingle from the smoke and retrohales only enhance that sensation. The strength has set in substantially, as I’m feeling a nicotine hit with each puff that hits fairly hard in the chest. With an inch-plus left to go, I find myself contemplating calling it a wrap, as between the two-and-a-half hours it’s taken me to get to this point and the increase in strength, I think I’ve gotten more than enough from the cigar. A couple of puffs that result in eye-stinging smoke confirm my decision to put the cigar in the ashtray. 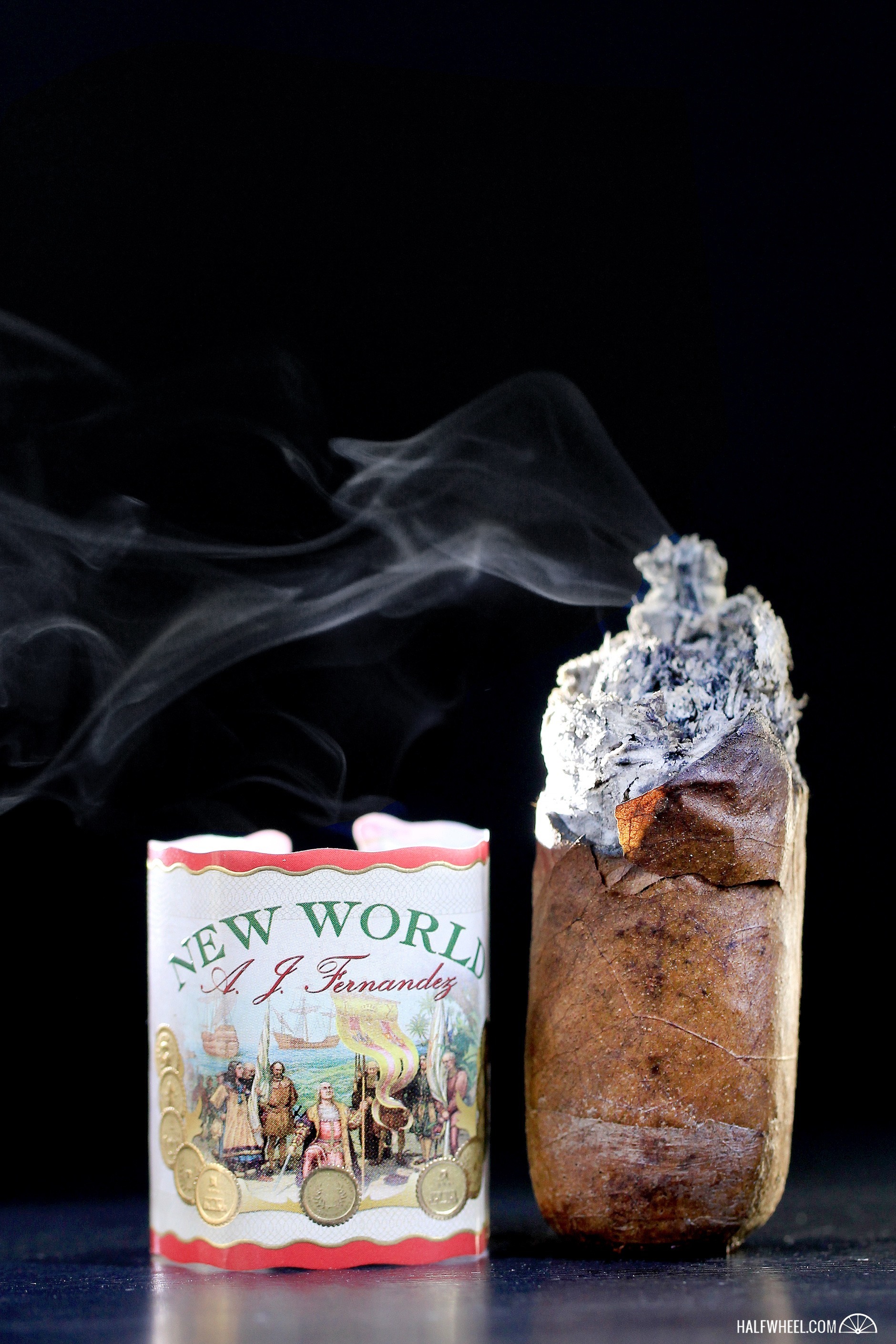 Yes, friends, it is possible to have too much of a good thing. I’ve smoked several of the other vitolas in the New World line and have generally enjoyed them quite a bit, but in the case of the Brute I find myself struggling to keep up with just how much it offers. While the size doesn’t result in an exponential increase in what the cigar offers, it certainly offers an increase and for my preference, it’s not a good thing. The cigar is still plenty flavorful and generally well-balanced, but I would rather have a bit less in both size and strength, something that is readily available in the other sizes.