One of those new vitolas is the Atabey Spiritus, a 7 1/2 x 40 lancero that retails for $30 and is packaged in boxes of 25. Although the blend is the same as the other sizes in the line, the company refuses to give any specifics on the tobaccos than they “have many origins, they are from Caribbean and Central America countries.” As with the other Atabey cigars, the Spiritus is rolled at the Tabacos de Costa Rica factory in Costa Rica.

The Atabey website gives a very detailed description for the origin of the name of the brand:

In Taino mythology, Atabey was the first female in the world and was the mother of Yucahu, the main male god of the Tainos. Besides being the mother goddess, was Atabey divinity of the Moon, the Sea of Fertility and Birth. Her figure is also associated as “Mother of Waters”, associating it with rivers, lakes and seas to give life to the cultivation of cassava, tobacco and agriculture in general.

The Tainos paid their respects to the goddess personified by the frogs, to protect women in labor and facilitate childbirth. Hence goddess images in the caves drawn by the Indians with large eyes and with her legs spread showing her sex.She is worshiped at night with full moon ceremonies, where through unique rituals performed by men of the tribe whose body were drawn and dressed witch-like, solemn dances performed around the leader and wizard of the tribe, called Bejique. All of them carrying in their hands tobacco leaves rolled as a cigar.

When they went into a state of delirium by excessive smoke which they aspired, he blew the smoke over the wise leader, who was in the middle of the circle, so that with his divine powers raised to heaven, through the smoke he received, the deaths that tribe asked the goddess idol ATABEY.

There are now nine different vitolas in the Atabey line that have been released and one—the Diosos (8 x 50)—which is still on its way. 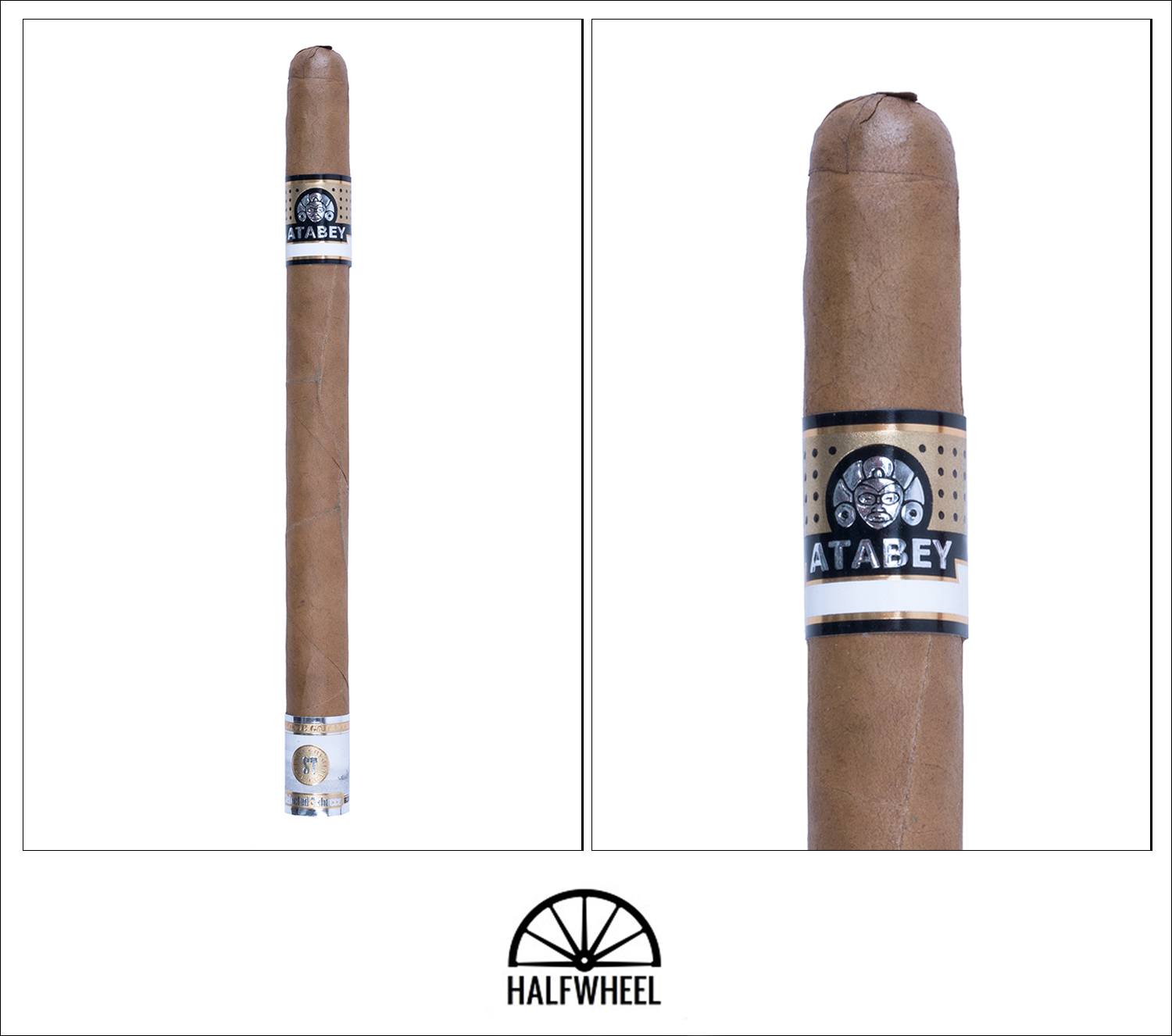 Visually, the Atabey Spiritus features a gorgeous milk chocolate wrapper that is smooth to the touch and features a hint of oil. The bands have a great color scheme of white, silver and gold, and while there is a small soft spot just under the main band, the pigtail on top of the cap is a nice touch. Aroma from the wrapper is a combination of strong cedar, milk chocolate, almonds, hay, baker’s spices and sweet earth, while the cold draw brings flavors of cinnamon, coffee beans, mint leaves, cedar, lemon citrus and leather.

The Atabey Spiritus starts off with a profile that is surprisingly light, although a sweet cream and espresso bean combination make themselves known enough to become dominant. Other flavors of leather, almonds, hay, earth, cedar and slight citrus flit in and out, while there a somewhat shocking amount of spice on my tongue that seems to be dying down as the first third progresses. In addition, I pick up a very faint sweetness on the retrohale that reminds me of chocolate chip cookies, where it combines nicely with some white pepper. Both the burn and draw are excellent out of the gate, while the overall strength barely reaches a point halfway between mild and medium by the end of the first third. 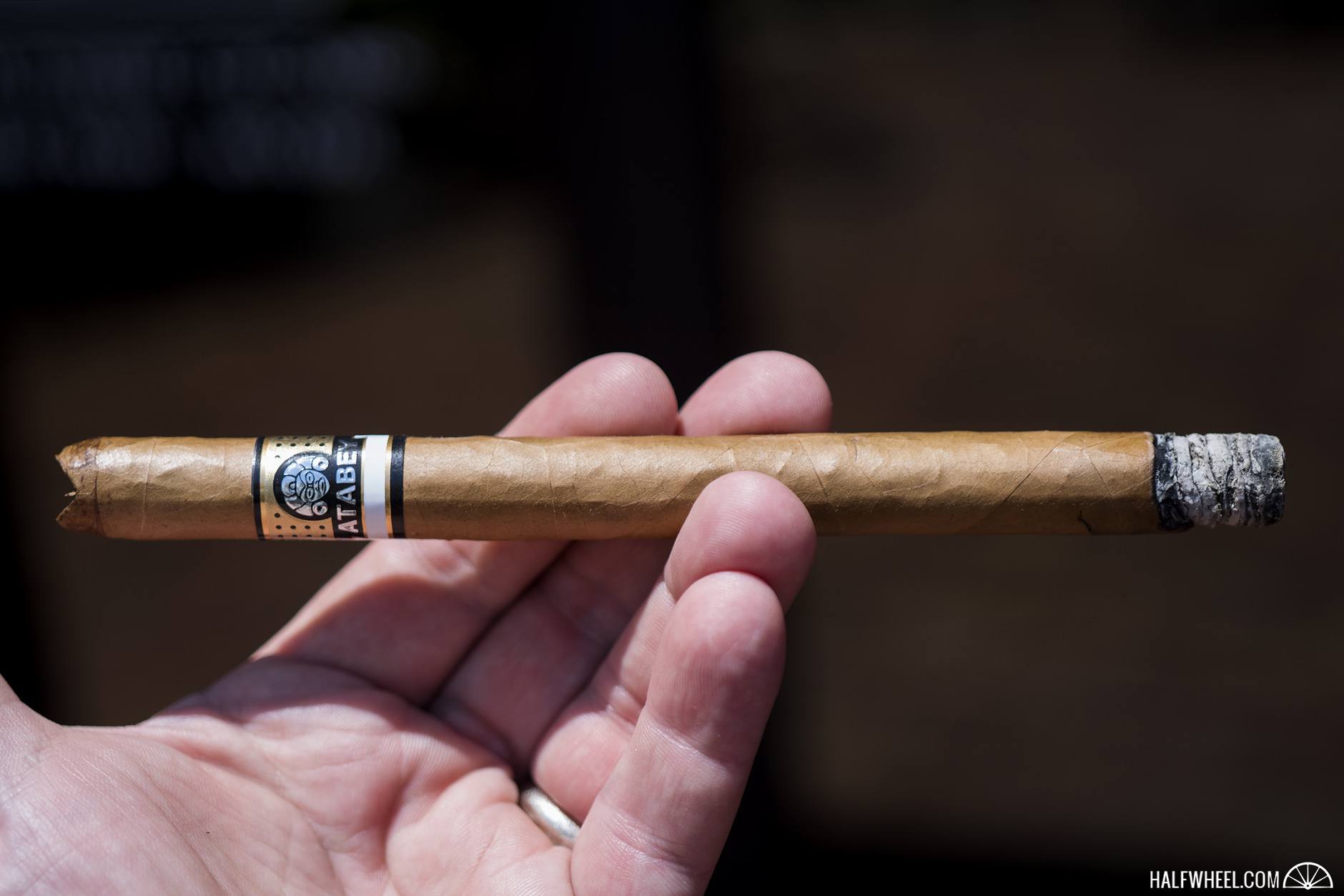 Thankfully, the spice on my tongue is long by the time the second third of Atabey Spiritus begins, although there is still some white pepper on the retrohale that combines nicely with the chocolate chip cookie sweetness that is still present. The dominant flavor has shifted to a more standard creamy cedar note, with other flavors of almonds, leather, cinnamon, earth and hay bringing up the rear. Construction-wise, the burn on the Atabey Spiritus continues to give me no issues whatsoever, while the smoke production increases slightly. By the end of the second third, the strength is still not a major player, ending up still well short of the medium mark. 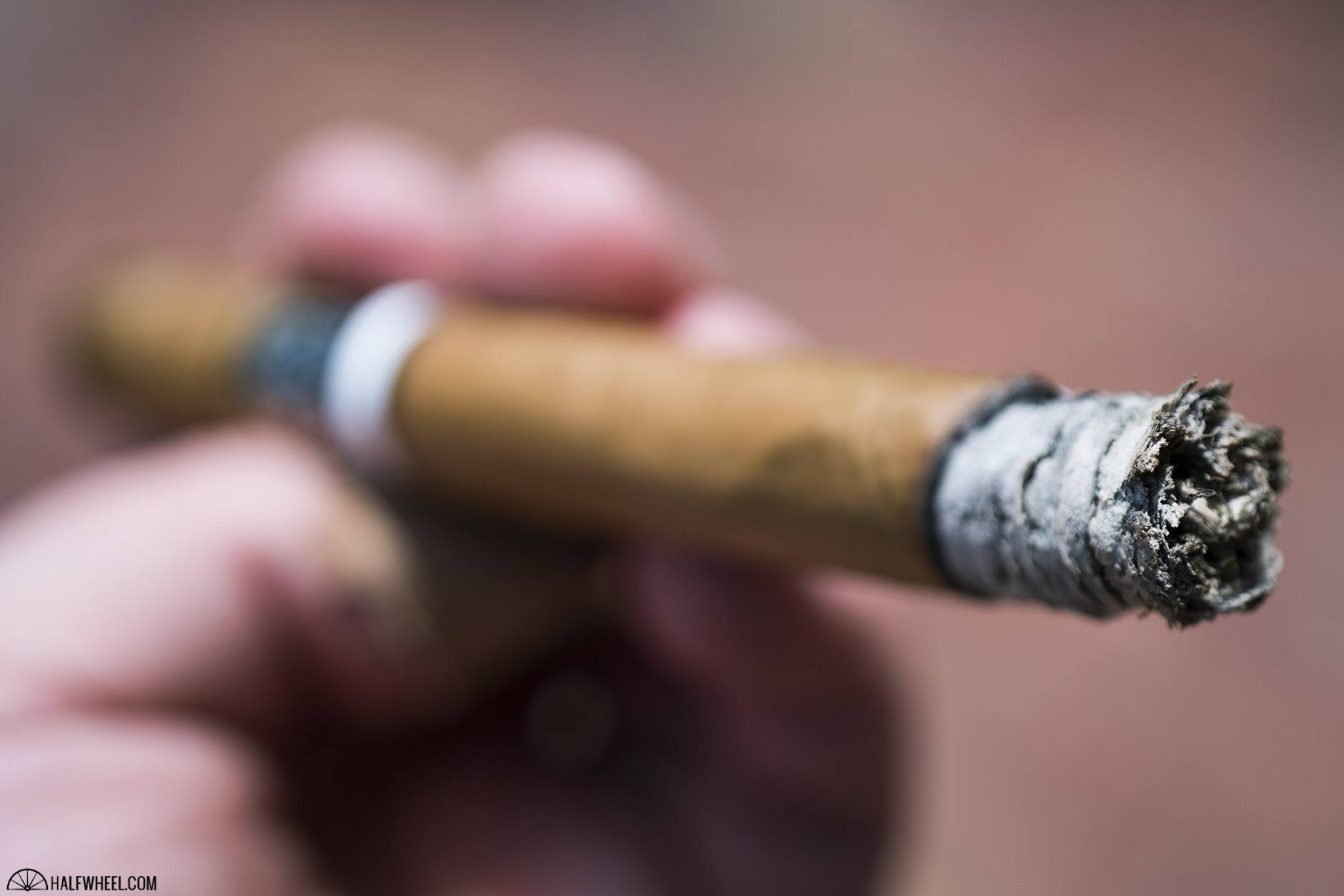 Although the dominant flavor in the final third of the Atabey Spiritus remains a creamy cedar note that is not going to win any awards for complexity, it is joined by a stronger cookie sweetness that bumps up the overall enjoyment significantly. In addition, there is still a noticeable white pepper note on the retrohale and the other flavors interspersed in the profile are similar to those found in the second third: leather, cinnamon, almonds, earth and baker’s spices. Smoke production remains fairly constant, while the burn and draw finish almost as perfectly as they began. Strength-wise, the Atabey Spiritus comes close to hitting the medium mark by the time I put the nub down with less than an inch left, but never really threatens to go over. 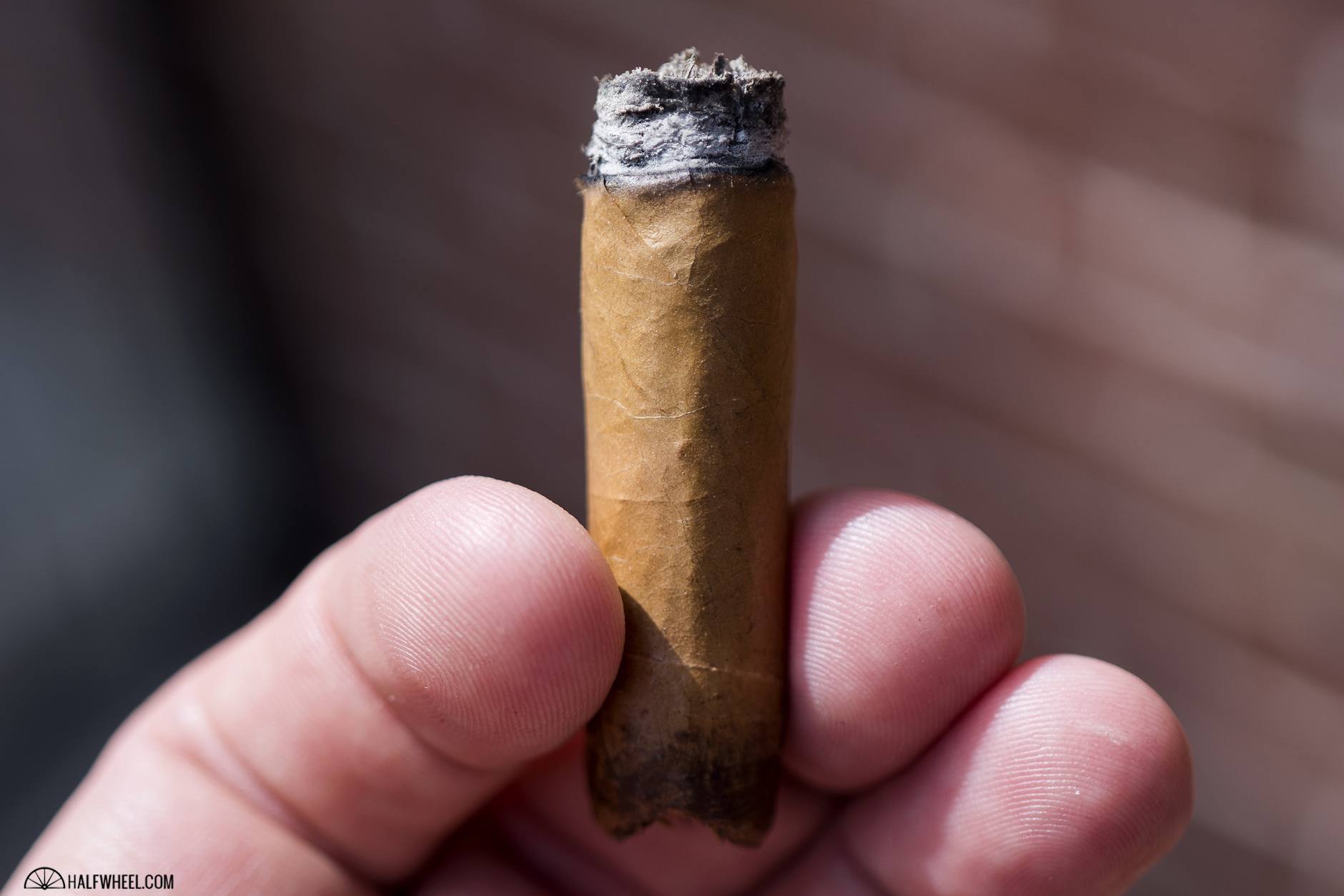 The Atabey Spiritus is a great example of how a blend does not necessarily taste better just because you put it in a smaller ring gauge; in fact, I liked both the Brujos and Misticos vitolas I have smoked in the past a tad more. While I enjoyed it quite a bit, it was not a flavor bomb by any means and you really have to search a little for the flavors that are present. Having said that, the profile is smooth as silk, features excellent balance and the overall construction bordered on phenomenal. Is it worth the $30 price tag? Each person will have to decide that for themselves, but I can tell you that it was joy to smoke and one that I look forward to smoking again in the future.