In 2011, the 7-20-4 brand introduced the 1874 Series, which commemorates the founding of the original 7-20-4 Cigar Co. by founder R. G. Sullivan in Manchester, N.H. The line debuted in three different vitolas using a blend composed of a Jalapa-grown habano wrapper covering an Indonesian binder and filler tobaccos sourced from Nicaragua’s Jalapa Valley.

Fast forward eight years to the 2019 IPCPR Convention & Trade Show, when the 7-20-4 brand’s current owner Kurt A. Kendall made some significant changes to the 1874 Series line: the 6 x 54 Torpedo Especial was retired and replaced by two different new vitolas, specifically a 6 x 52 Toro Especial and a 6 x 60 size that has been nicknamed the Gagger. All five sizes are packaged in boxes of 20 and are being produced at the Plasencia Cigars S.A. factory located in Estelí, Nicaragua.

On Nov. 1, 2019, 7-20-4 shipped four of the five vitolas to retailers, with the lone exception being the Corona Especial, which was shipped closer to the end of the year.

The line includes five sizes, all of which are regular production: The 7-20-4 1874 Series Toro Especial features a milk chocolate wrapper that is extremely smooth to the touch and almost no tooth at all. The cigar is quite firm when squeezed and there is a large number of overt veins. Aroma from the wrapper is a combination of strong peanut shells, leather, earth, minerals, asparagus and coffee grounds, while the cold draw brings flavors of the same peanut shells—albeit salted this time, with the salt very evident on my lips—espresso beans, hay, leather tack and a touch of indeterminate citrus.

The first third of the 7-20-4 1874 starts out with a blast of mineral salt which recedes quickly, leaving behind a dominant creamy peanut flavor followed by notes of leather, creamy earth, cocoa nibs, creamy oak and hay. There is some bitter espresso evident on the finish, while the retrohale features an indeterminate sweetness as well as slight black pepper. Smoke production is well above average so far while both the draw and burn are giving me no issues through the first third. In terms of strength, the 7-20-4 easily leaves the mild category behind by the end of the first third, but still falls well shy of medium by the time the first third ends. There are not many major changes in the profile of Toro Especial during the second third, with the dominant flavor continuing to be the same creamy peanut note, followed by lesser flavors of gritty earth, bitter chocolate, barnyard, hay, nutmeg, bread and oak bringing up the rear. Thankfully, the sweetness that was so minor on the retrohale in the first third has increased noticeably—now distinct enough to remind me strongly of honeycomb—and easily overwhelms the minor amount of black pepper that is still present. Construction-wise, while the draw continues to be excellent after a straight cut, the burn begins wandering enough that I am forced to touch it up a couple of times in quick succession. The strength increases noticeably as well, but still fails to reach the medium mark by the end of the second third. 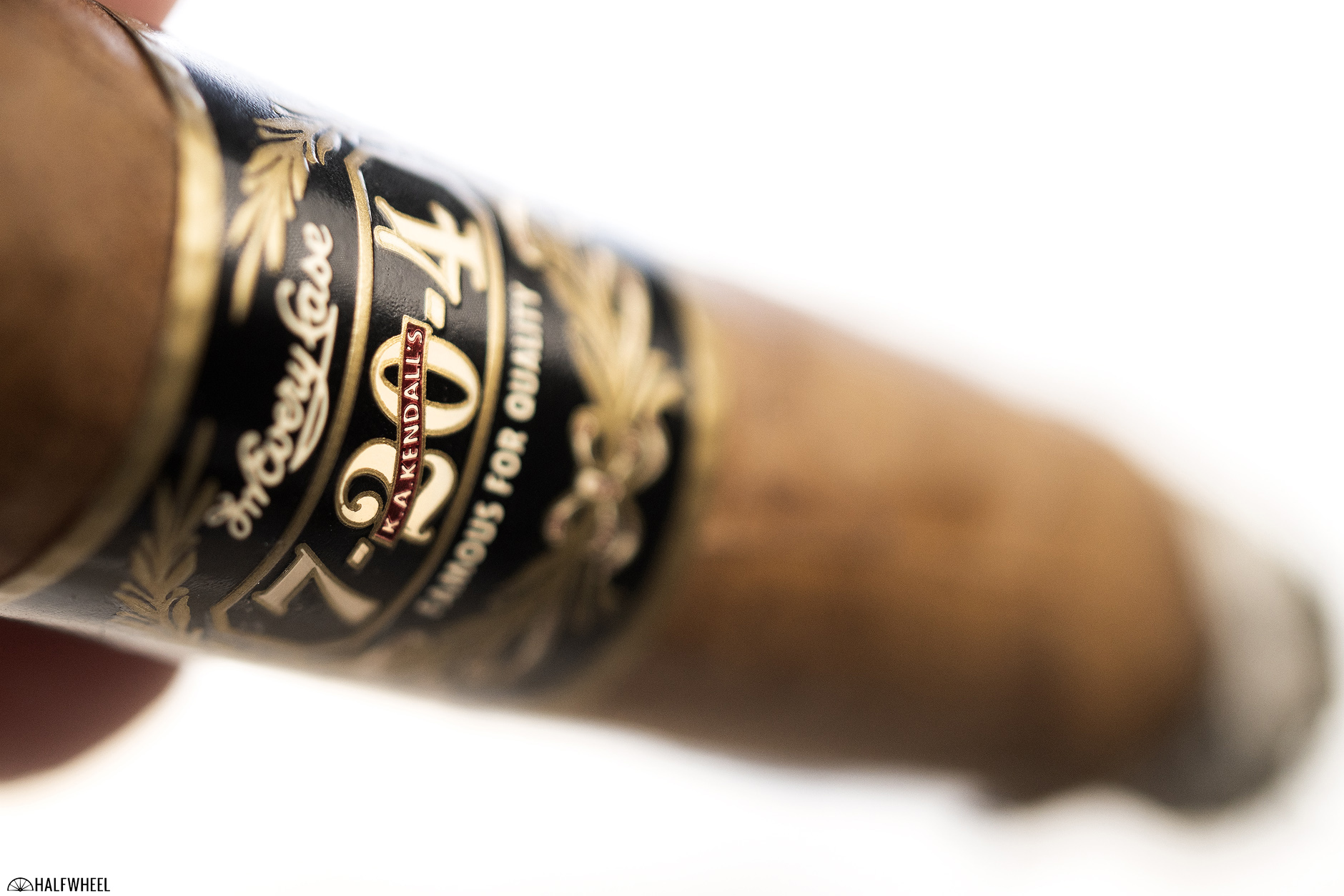 Unfortunately, the final third of the 7-20-4 1874 Series continues to change very little in the final third, with the now very familiar creamy peanut note continuing to easily take the top spot followed by other flavors of earth, nutmeg, cedar, citrus, hay, barnyard and a touch of citrus. The honeycomb sweetness on the retrohale is a bit stronger compared to the second third as well, while the amount of black pepper seems to have not changed at all. In terms of construction, the burn continues to give me issues—resulting in another two touchups on the front and the back end—but the draw remains the highlight in that regard. Finally, the overall strength continues to build as the cigar burns down, reaching a point just over the medium mark by the time I put the nub down with a little more than an inch remaining. I have always found the 7-20-4 cigars I have tried over the years to be well-blended and the new 1874 Series Toro Especial is no different. Having said that, there is very little complexity or nuance in the blend; a little more sweetness overall would have gone a long way to helping fix those issues. In addition, the problematic construction across the three samples led to more frustration than I would have liked. While I enjoyed the Toro Especial overall, the total experience left me wanting more than it was apparently capable of giving me.