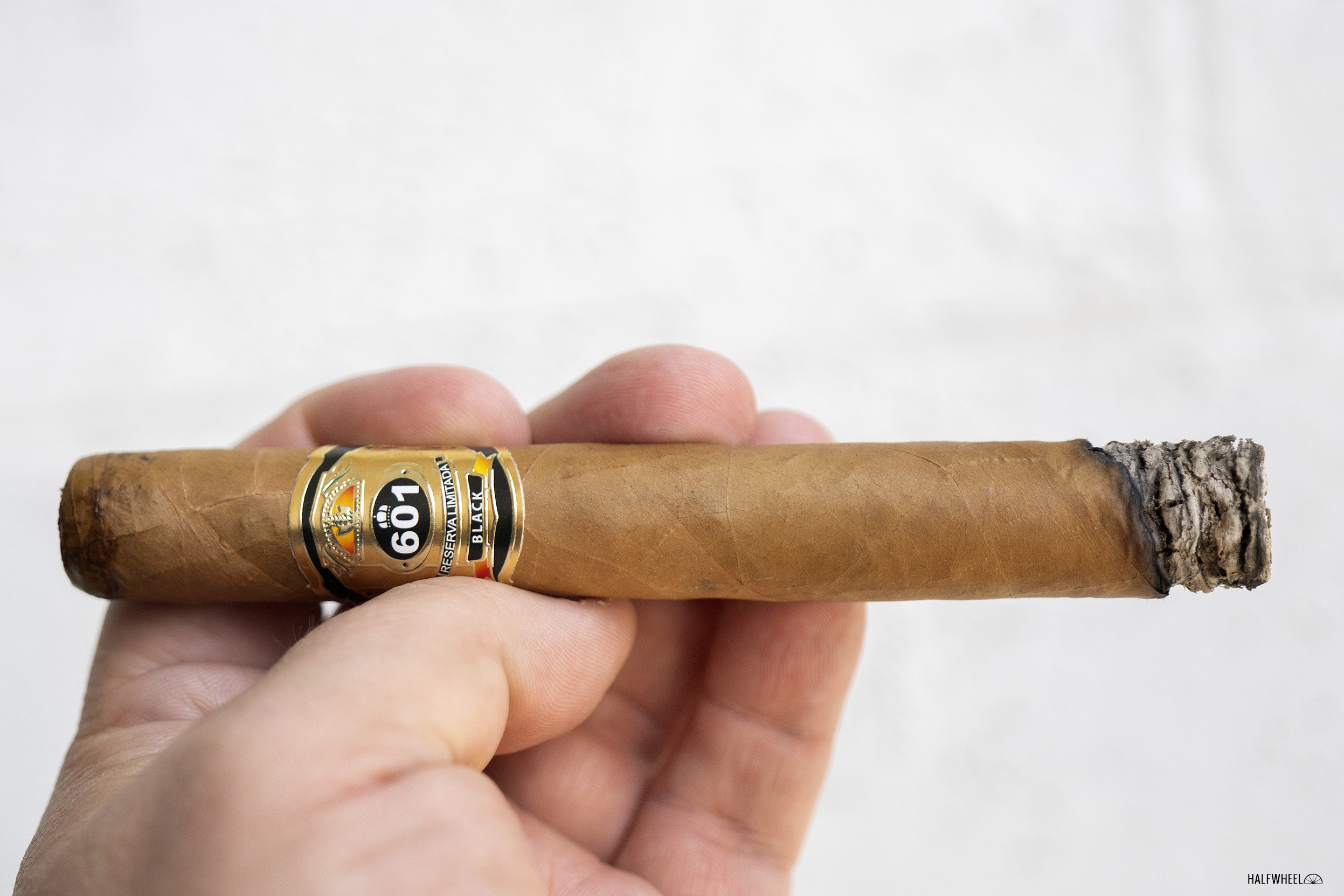 In October 2020, Espinosa Premium Cigars announced the return of its 601 Black, the company’s interpretation of a full-flavored Connecticut blend that was originally released by EO Brands—a now-defunct company that was jointly owned by Erik Espinosa and Eddie Ortega—more than a decade ago.

Six years after it was discontinued in 2010, a complete overhaul of the entire 601 brand by Espinosa Premium Cigars in 2016 included not only a rereleased 601 Black, but also some other new lines. However, the production on that incarnation of the 601 Black was extremely limited, and the release was largely to get the cigar onto the market amidst the looming FDA regulation of the premium cigar industry.

That brings us to last year when Espinosa detailed plans to bring the Connecticut blend back to the market in January 2021, although it was first shown off during the company’s La Zona Palooza event in November. In the end, Espinosa decided to push the final shipping date back to this summer after officially releasing the cigar during the 2021 PCA Convention & Trade Show that took place July 10-13 in Las Vegas. 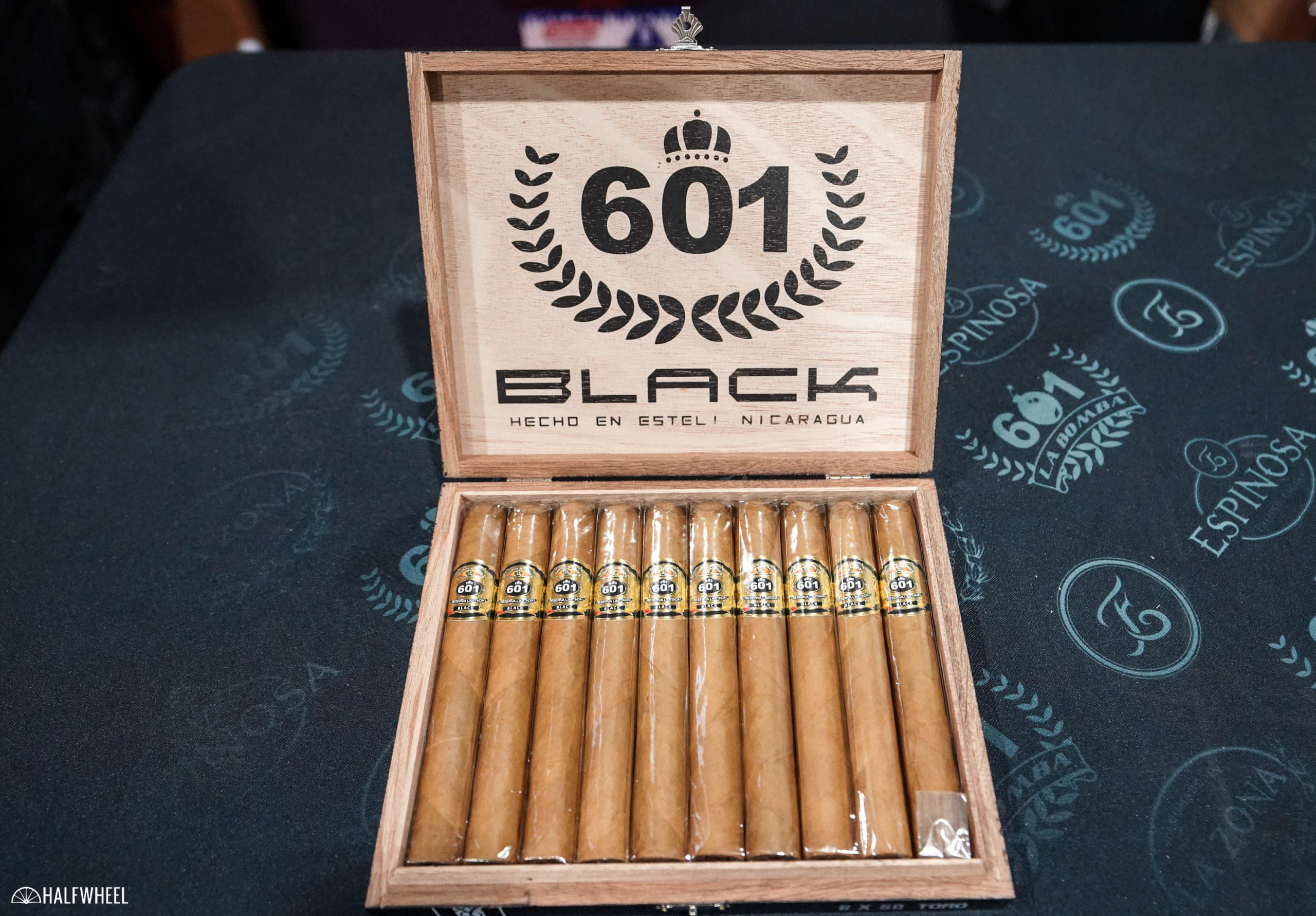 The newest version of the 601 Black features a blend consisting of an Ecuadorian Connecticut wrapper covering Nicaraguan tobaccos used in both the binder and filler. Hector Alfonso Sr., the company’s director of operations, told halfwheel that the blend is not as mild as the company’s Crema line, as it offers a more flavorful profile than typical Connecticut-wrapped cigars.

Although the aforementioned La Zona Palooza incarnation came in at 6 x 52, the production version of the 601 Black measures 6 x 50 and is being produced at the La Zona Cigar Factory in Estelí, Nicaragua. Packed in boxes of 10, each cigar carries an MSRP of $10 and while production numbers are not known, the company confirmed it would be an annual limited edition that is scheduled to add a new vitola each year, much like the company’s Warhead line. 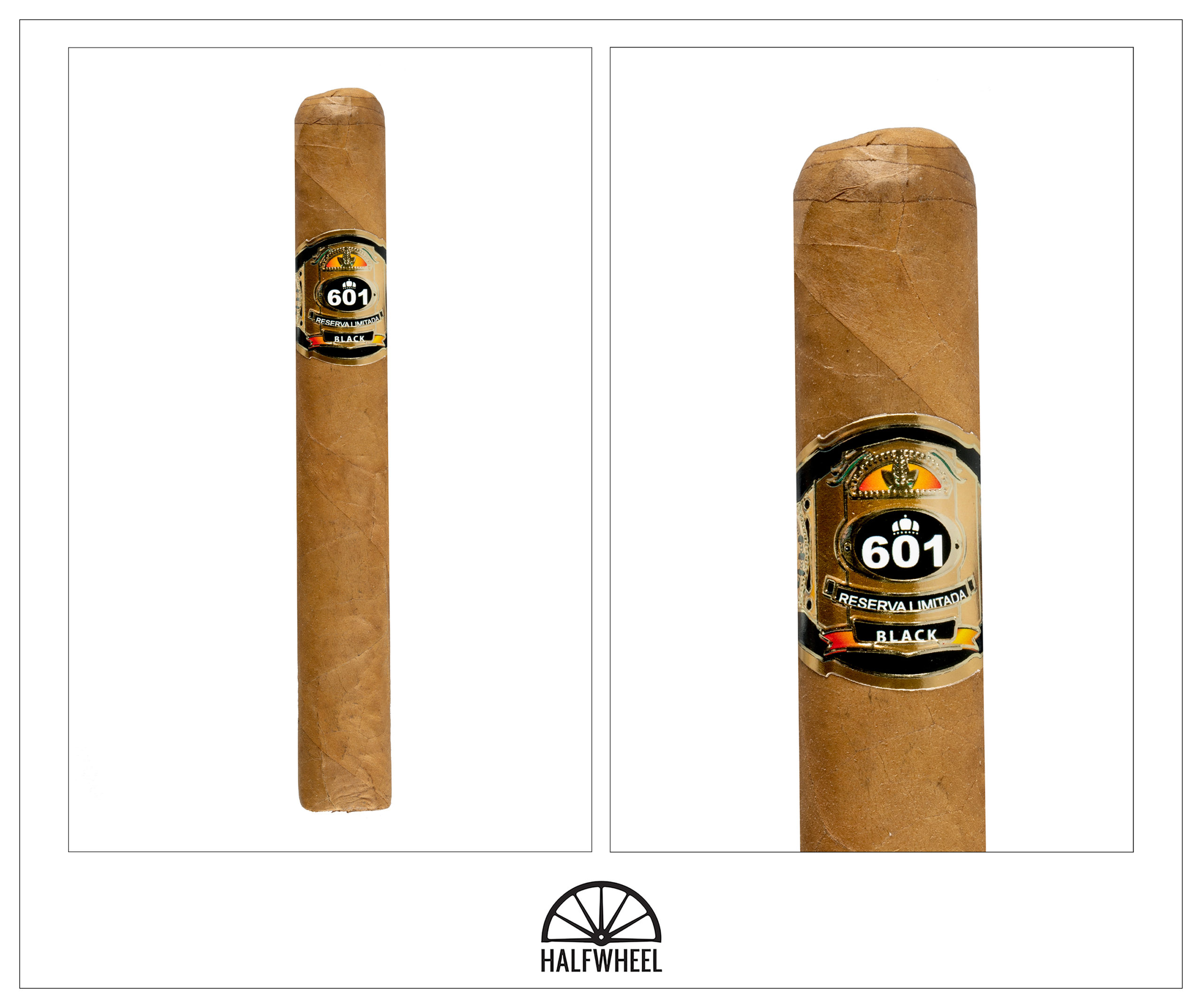 Covered in a slightly mottled, golden-brown wrapper that almost glows and is silky smooth to the touch, the 601 Black Toro is a bit striking when seen for the first time. While there is very little overt oil present, there are a number of very obvious veins and one sample has a small green spot located halfway down the cigar. The aroma from the wrapper is a combination of generic nuts, earth, sweet manure and leather while the foot brings notes of almonds, barnyard, sawdust, tree bark and cedar. After a straight cut, the cold draw features flavors of dark chocolate, cinnamon, creamy almonds, leather, baker’s spices, cedar and strong vanilla bean sweetness.

An overt flavor of espresso bitterness combined with white pepper greets me as I light the foot of the 601 Black, a combination that quickly morphs into main notes of creamy cedar and leather tack. Secondary flavors of sourdough bread, hay, cocoa nibs, gritty earth and cinnamon flit in and out at various points, while the retrohale features a nice combination of white pepper and vanilla bean sweetness, the latter of which seems to have been pulled directly from the cold draw. Construction-wise, the draw is excellent after a straight cut, and although the burn needs correcting almost right out of the gate, it is fine for the rest of the third after that. Flavor is medium and the body is between mild and medium while the strength closes the first third about halfway to the medium mark but rising.

While the profile of the 601 Black becomes significantly creamier during the second third, the top flavors continue to be a combination of cedar and leather. Additional notes of roasted coffee beans, gritty earth, hay, cinnamon and slight floral are present as well, although none of them come close to threatening the top flavors. Both the white pepper and vanilla bean sweetness on the retrohale have increased slightly, with neither showing signs of receding any time soon. Thankfully, the burn has evened up very nicely while the draw continues to impress, and the smoke production remains quite high. Flavor continues to be medium, body has increased slightly, but the big news is the strength, which increases enough to easily break through the medium mark and shows no signs of slowing down. 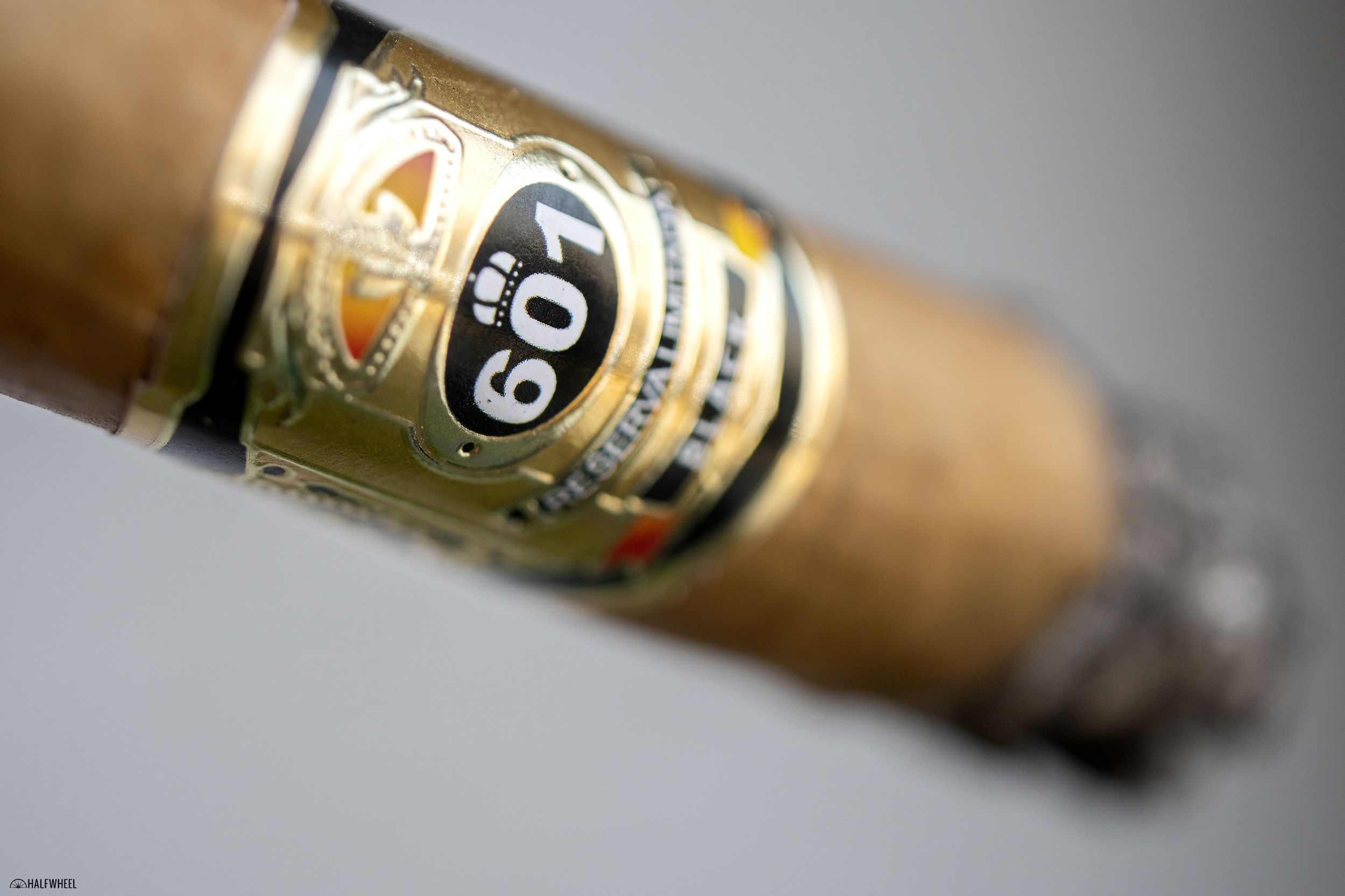 The final third of the 601 Black Toro continues along its creamy path, but also continues to feature the same main flavors that have topped the profile since the beginning of the cigar, namely leather and cedar. Other minor notes fighting for space include toasted bread, potato chips, cinnamon, almonds, earth and cocoa nibs, while both the white pepper and vanilla bean sweetness continue to dominate the retrohale. In terms of construction, both the burn and the draw continue along their respective excellent paths with no further issues for the remainder of the cigar. Finally, both the flavor and body end a bit more than medium, but the strength continues to increase until it hits a point under the full mark by the time I put the nub down with less than an inch remaining. 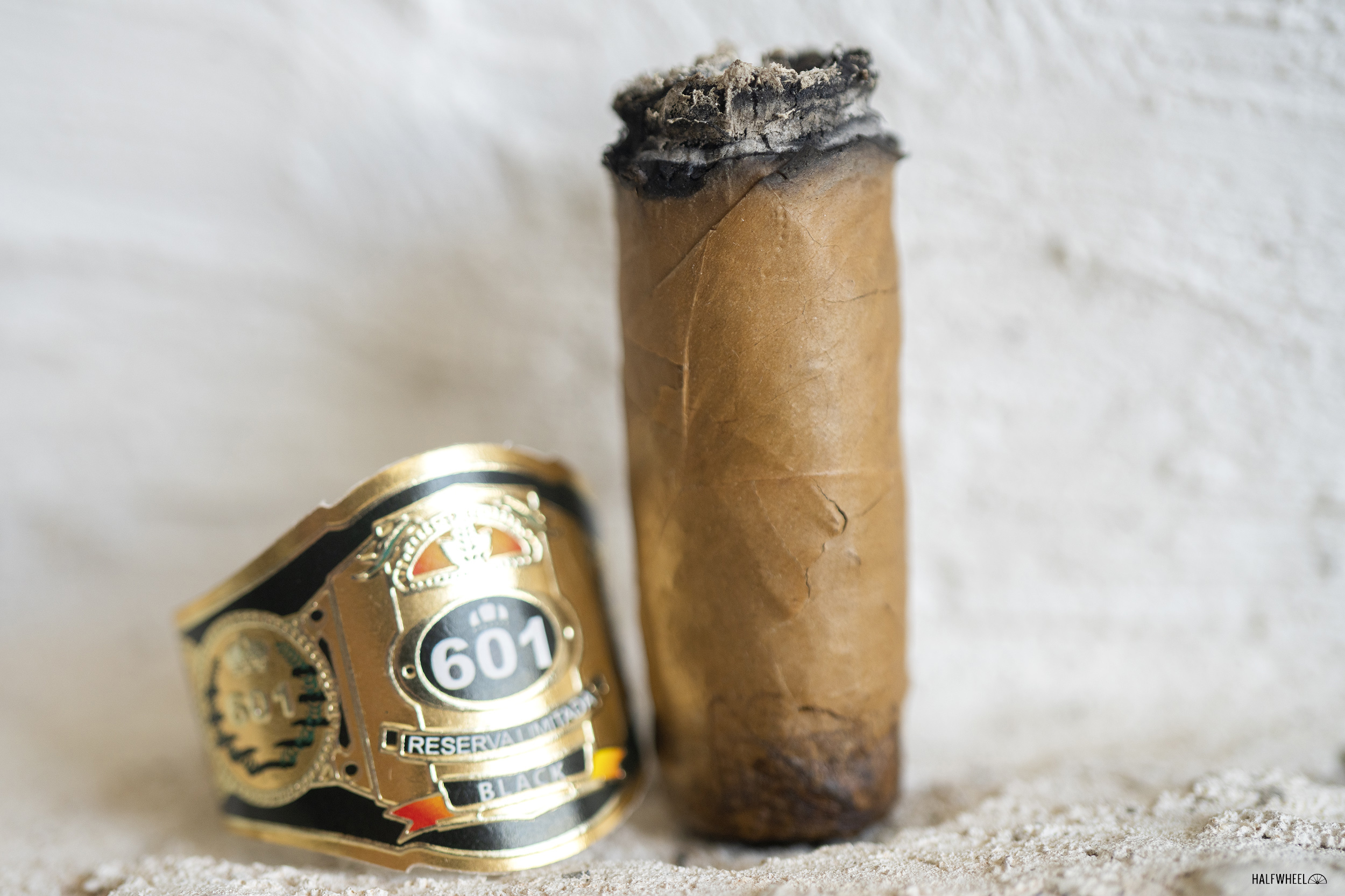 Through the years, there have been numerous attempts to create a Connecticut blend that is full-flavored but with more body and strength than the Connecticut-wrapped cigars of old. Sometimes they work—as is the case with the exceptional Sobremesa Brûlée Blue—but other times the resulting blends end up with profiles that sacrifice balance on the alter of more strength. The 601 Black is somewhere in the middle of those two extremes. While there is plenty of flavor, the profile is quite linear, and the strength ends up overwhelming some of the nuances in the blend by the middle of the final third. Those looking for more of a punch in the morning should try it out, but I am hoping that a little bit of time will bring more balance to the forefront.