262 Cigars Dresses Up for 5th Anniversary with Suit & Tie

262 Cigars will celebrate five years in the cigar business with a limited edition scheduled to hit stores in December, as the company announced a new limited edition called Suit & Tie today.

Clint Aaron of 262 Cigars said that neither the blend nor the factory producing the cigars are being released. The list of retailers who will be carrying the cigar will be announced closer to the cigar’s release next month.

Aaron said he had developed the blend a while back but had yet to find a project for it, until he found himself  smoking one on a drive when Justin Timberlake’s “Suit and Tie” came on the radio. The song inspired the cigar’s name and suddenly gave him a project with which to release the blend. “It just made sense to call the cigar Suit & Tie; we really wanted to have some fun with this release,” he said in a press release. 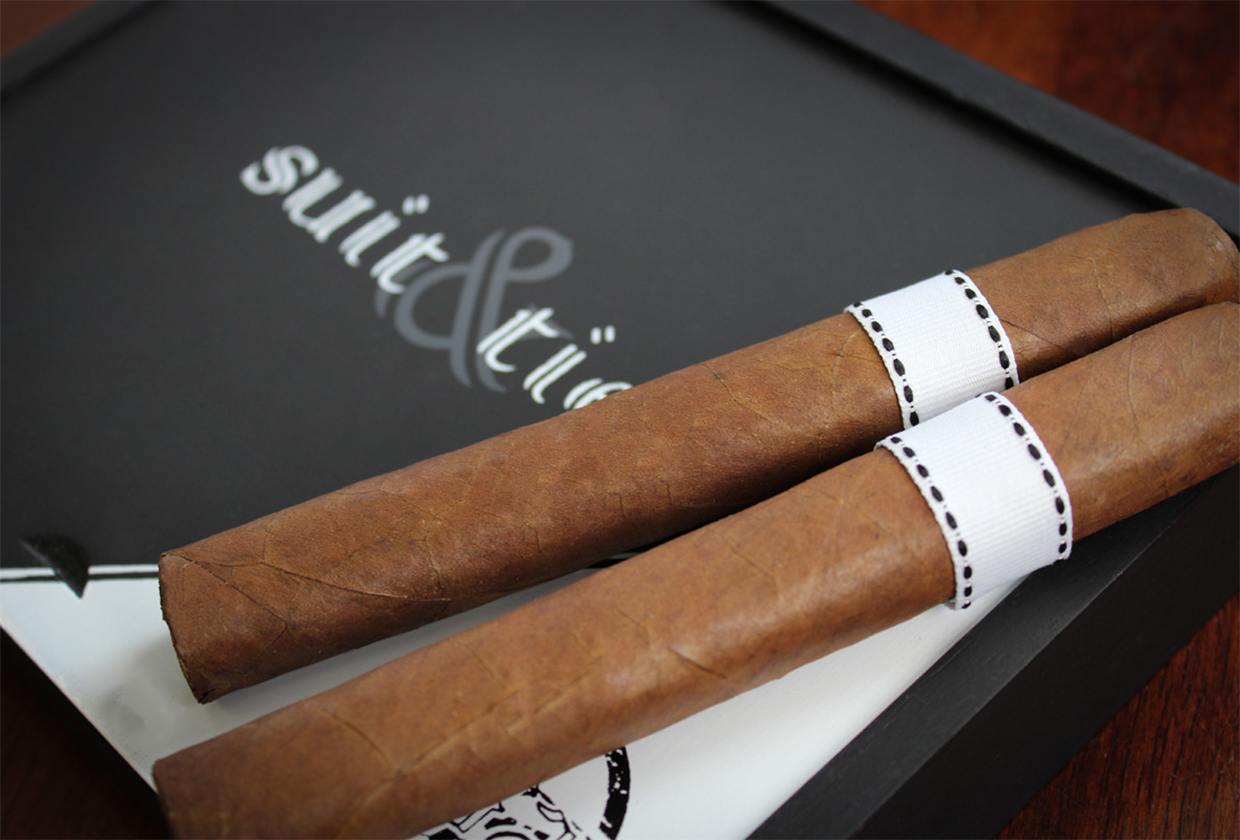 For the band, Aaron eschewed putting the company’s logo on it, choosing to go with a simple design of a white band with black trim, similar to a Robert Graham shirt with its contrast stitching, Aaron told halfwheel.