This month, 262 Cigars is expected to ship its newest blend, Allegiance. As has been the case with most of the offerings from 262, the cigar’s name is attached to the overall branding of the company, attacks on freedoms, particularly of cigar smokers.

Craig Cunningham’s Tabacalera Carreras factory is making the cigars in Estelí, Nicaragua. It features a Brazilian Mata Fina wrapper sits over a Nicaraguan binder with fillers from Honduras and Nicaragua underneath.

As for the name, the company explained its importance in a press release:

The Allegiance name, while stirring many connotations for many people, is 262’s official “line in the sand” campaign. While all of their previous brands have been named in support of their overall cigar revolution theme, Allegiance is meant to take on a stronger tone. State by state, town by town, and at the Federal level too, we are seeing a growing opposition to our cigar culture. Attacks are being made on all sides; industry, tradition, and art. Their intentions are clear, the line has been drawn, and it’s time to declare a side. Inaction does not excuse you from siding with the enemy. So, where does your allegiance lie? 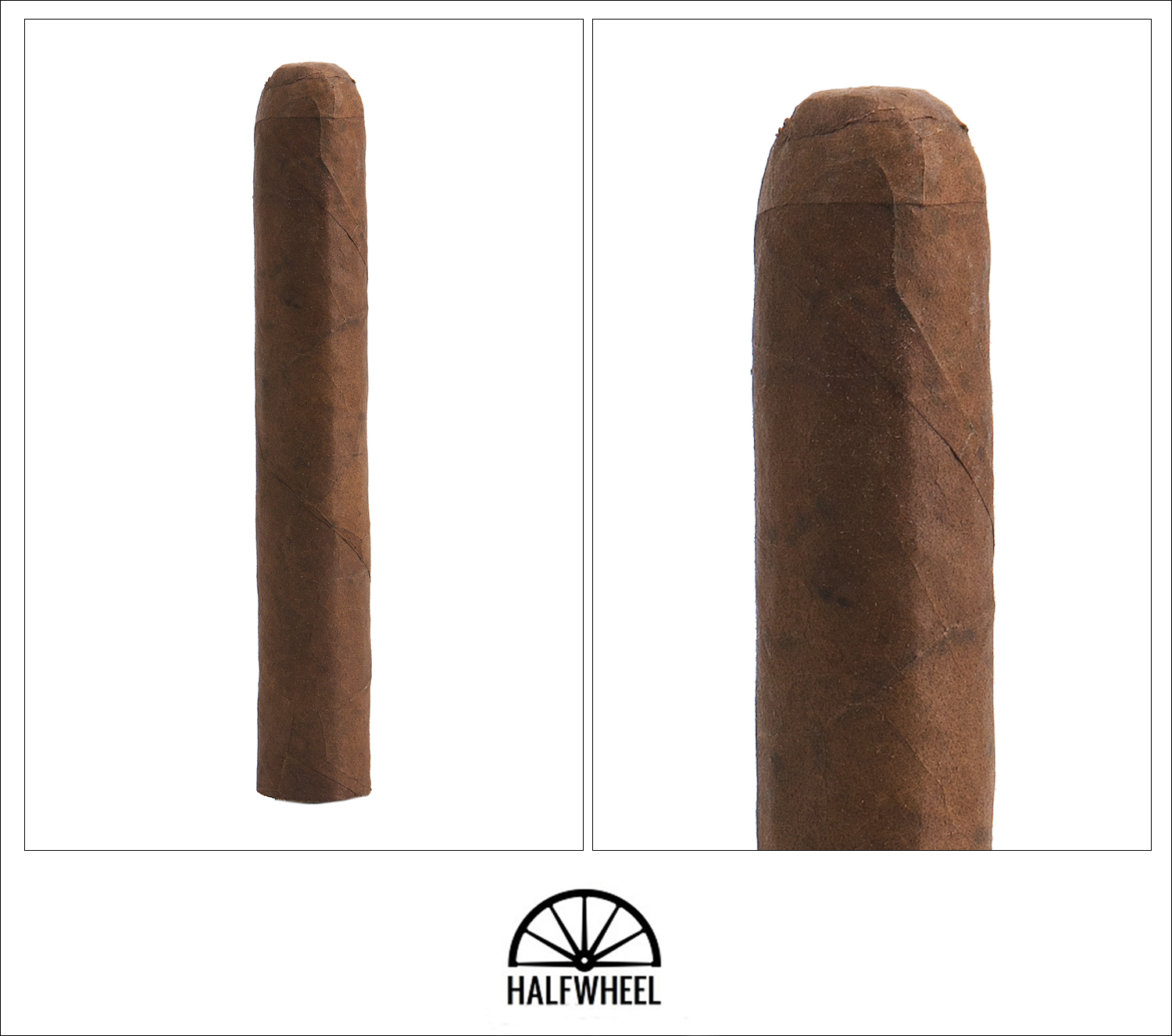 The cigar has a decent roll with some slight imperfections including a slightly larger foot than head. It’s so nice to see Brazilian wrapper, and the texture on the mata fina is great. I pick up notes of sweet cocoa, bread and sour leather from the foot of the Allegiance. As for the cold draw, it provides sweet cocoa powder in front of black licorice and a hint of acetone on the finish of both samples.

My initial guess would suggest there’s very little Nicaraguan in the filler, although that changes as the cigar progresses. It’s a rather calm beginning with sweet cocoa over sweet cedars. There’s creaminess, some remnants of black licorice and a nice creamed coffee finish. As the cigar gets going the cedar note tarts out with some popcorn and burnt coffee becoming more prevalent up front. It’s medium all the way around, except maybe in body where a rough texture sits on the tongue. The wonderful construction of the 262 Allegiance continues into the second third. A bit of sweetness returns to the cedar while the coffee notes fade and revert back to a less burnt version. The finish sees a bit more roughness, particularly in the cedar note. It’s a noticeable downturn in flavors no matter how you look it: less intense and less complex. Draw is still squarely in the middle with consistent smoke production and even one-inch chunks of ash falling into my ashtray. There are two major additions to the final third of the Esteban Carreras-made 262, a creaminess, which is good, and a vegetal flavor, which I could do without. The flavors are still largely dissipating, becoming pretty mild as the cigar comes to an end. The coffee note is gone with two inches left, a sad departure, but the construction remains great. 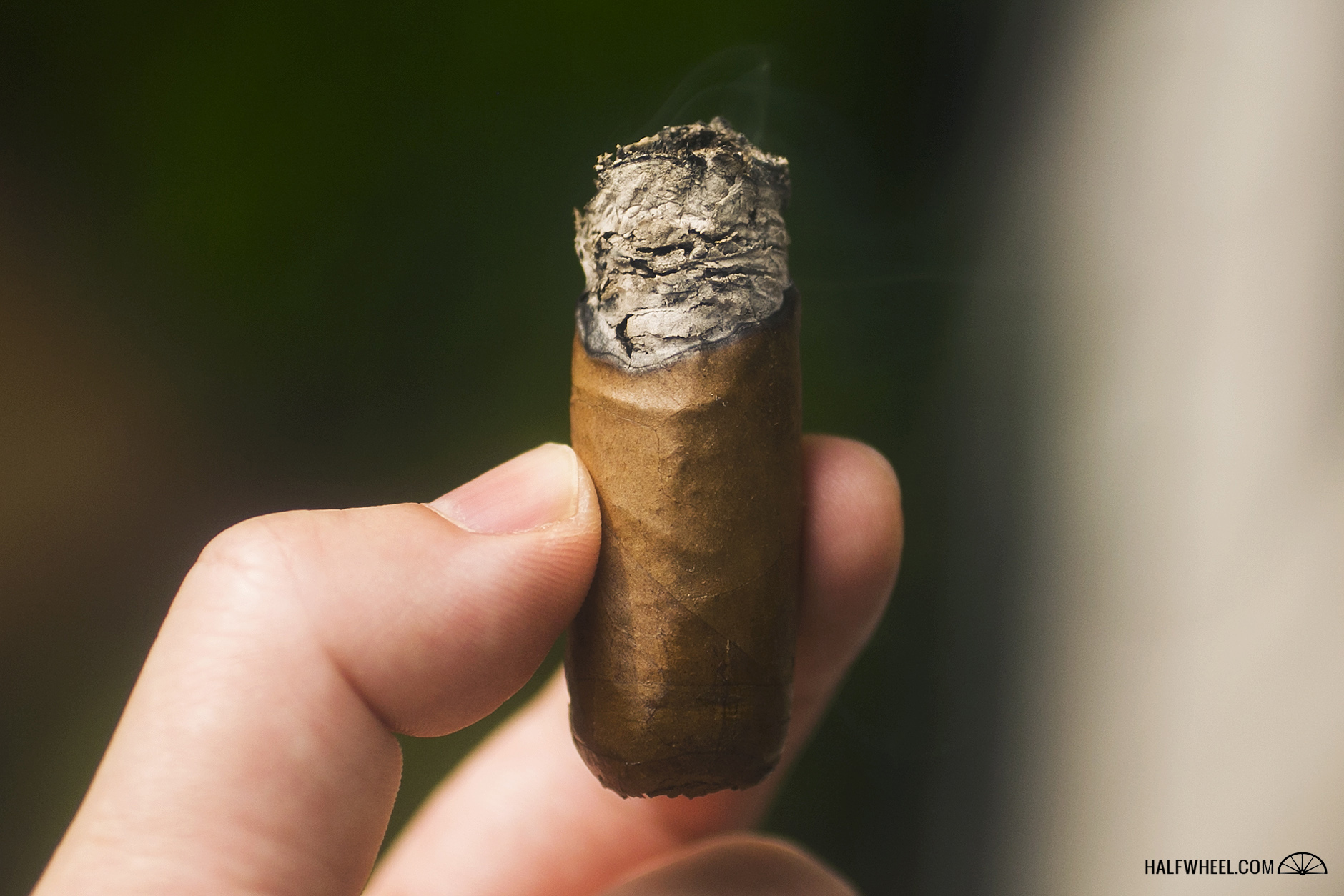 This is an easy to smoke cigar, one that probably anyone in a cigar smoke could approach without being intimidated. That being said, it’s my least favorite flavor profile of any 262 I’ve smoked. While the construction is excellent, both samples became linear as the cigar progressed. Some of my favorite cigars are much milder than this, but the Allegiance teased me with great flavors at the start, but failed to deliver on the promise for the remainder of the cigar.