One of three humidors on this year’s list, the Foundation Collector’s Chest Humidor was a bold release by Nicholas Melillo, and it captured some of the most important elements of the company in a distinctive format. 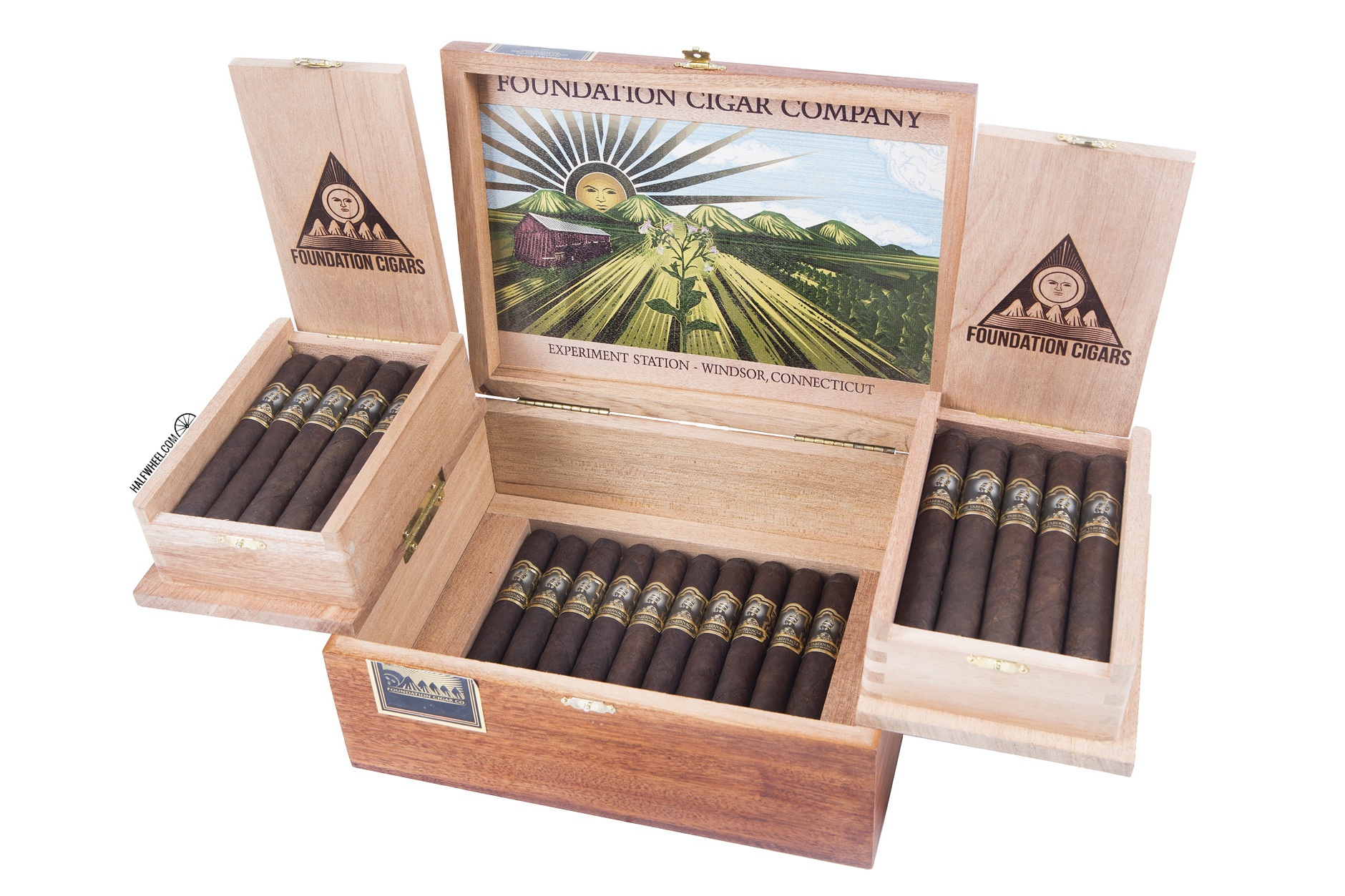 The humidor gets its inspiration from a 1920s Hoyo de Monterrey humidor, with two compartments that fold out to reveal 20 of the 30 special Tabernacle Corona Gordas contained inside, with the remaining 10 cigars in a tray at the bottom of the humidor. It’s an unconventional way to present cigars, and while there’s concern about the rattling of the cigars as they fold out, when the humidor is full it works quite well.

It scores points thanks to artwork by Alex Thief Operandi on the inner lid, a tribute to the opening of the company’s office on a 50 acre farm in Windsor, Conn., located in the Connecticut River Valley. It’s designed to pay tribute to the experiment station, a place where seeds are documented and stored by farmers in the region. It’s a nod to the what is seen when looking out the office windows: tobacco on its journey to cigars, and it’s a vista that scored points with all of our staff. — Patrick Lagreid.