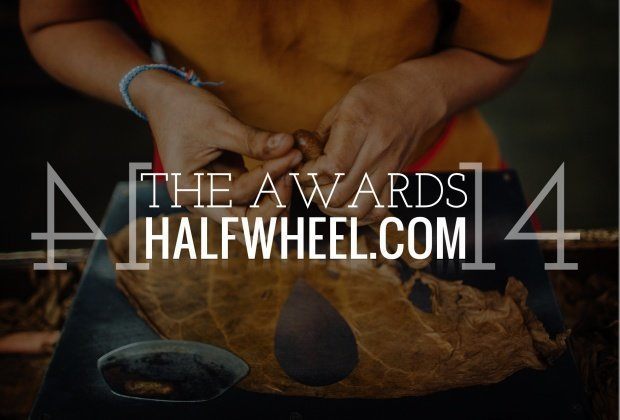 The statistical analysis of a highly imperfect system is back.

For the last four years we’ve published The Consensus, a statistical analysis of combining all the various top 25/top 10/etc. lists from various cigar media outlets and placing it into one big list to determine who could be best crowned the winner of the winners.

Well, that’s at least the story this year.

In previous years, there has actually been a decent consensus after combing all these lists. For 2014? Not so much, at least as far as any one particular cigar is concerned.

The rules and procedure for the list were relatively similar with a few tweaks. First, only 30 nominations per list were accepted this year, meaning cigars were scored from 30 points downwards. Secondly, and much more importantly, this year publications were limited to a total point value of 465, the maximum points that could be awarded from any one list. So, publications with multiple authors who each published their own list saw the points divided amongst the number of lists.

In total over 425 different cigars were nominated—with nearly 600 votes in total—from 37 different lists, the results are as follows.

Once again, Nicaragua dominates this category. Over half of the total points accumulated were from cigars made in Nicaragua. The percentage of cigars in the Consensus 25 made in Nicaragua was noticeably down, to 57.7 percent.

The García family is showing no sign of giving up their dominance of this category, as My Father Cigars S.A. had almost triple the amount of points as the next closest factory. While Tatuaje and My Father had years similar to the past and contributed positively to the factory’s score, Ortega Premium Cigars noticeably stumbled, only to have the slack picked up by Crowned Heads.

COMPANY OF THE YEAR — DAVIDOFF OF GENEVA

Last year, Davidoff of Geneva skyrocketed to second place on this list, almost beating out Drew Estate. This year—it won by a decent margin. Tatuaje, which won this post for 2011 and 2012, rebounded to second after slipping to fifth last year, with Drew Estate finishing third. Habanos also moved up a couple spots landing in the top five.

Last year, House of Emilio and its Cigar Federation connection were the bulk of the analysis and controversy for this list. House of Emilio also did very well. This year? House of Emilio took a noticeable step backwards and the Emilio brand didn’t have a cigar in the top 100. Fred Rewey’s Nomad did very well again, Ezra Zion had a respectable year—although were not close at all to repeating their number one spot from last year—and 1502/Global Premium Cigars pieced together a decent overall finish—and then it looks very grim.

While it’s easy to pin Davidoff as the major winner between 2013 and 2014, if you look a bit deeper A.J. Fernandez, the brand, seems like a much better choice according to the statistics. While the factory did well, finishing sixth last year, it was because of client brands. Last year, Mayimbe was hovering outside the top 50, whereas New World was only a vote or two away from making it in the top five.

NO CONSENSUS, PLENTY OF TRENDS

While there was no consensus on top this year—cigars one and two were separated by a little more than one-tenth of one percent—the top five suggests plenty of trends. Just look at the top five: Drew Estate-previous winner, José Blanco-previous winner with CyB, Illusione-top five last year, Davidoff-top five last year, Leccia-top five last year. There are many criticisms of individual lists or the activity as whole and while the numbers don’t provide much but evidence to begin a critique, those making accusations of a popularity contest amongst a portion of the cigar blogosphere definitely have a starting point.

In closing, it’s more important to remember what The Consensus is, and what it’s not. It is not the definitive list. I, with little more than a college statistics course, can point out three or four glaring problems with it from a statistical standpoint. It is not any indication of sales, nor really quality. It’s probably more useful as a window between cigar companies and media than it is about the cigars themselves, but four years later it still fascinates me, captivates our staff and has inspired more emails and texts about when it will be published—even if there isn’t a consensus.

For links to the 37 lists used, click here. Links to the Consensus 2011, 2012 and 2013 are provided and Brian Hewitt of Stogie Review performed a similar concept in 2010, which you can read here.