We seem to be reviewing more and more barber pole cigars. And while none of them are quite normal, the 2012 by Oscar version is a bit different than any I can recall smoking before.

The first thing that jumps out is the candela wrapper. A barber pole is created by using multiple types of wrapper leaves to create the distinctive appearance of alternating colors that resembles the classic spinning cylinder found outside many barbershops, hence the name. 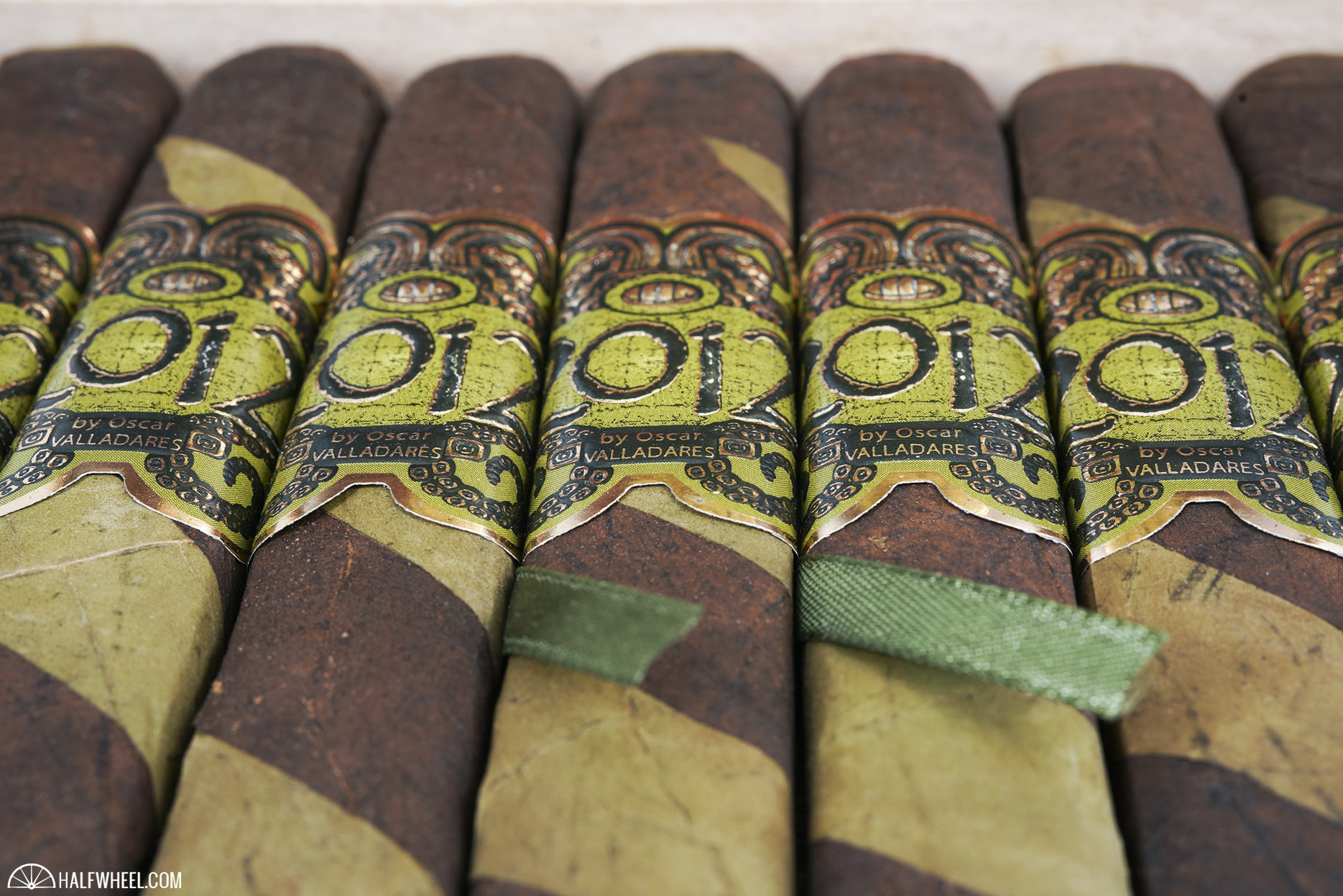 For this particular release Oscar Valladares Tobacco & Co. took a Mexican San Andrés maduro wrapper and paired it with a green candela wrapper. That alone is different, but like the rest of the 2012 by Oscar lines, this cigar is box-pressed with a fairly aggressive candy bar-style press.

It’s an exclusive release for The Cigar Shop, a pair of stores located in the Carolinas. Offered in a lone 6 x 52 toro format, the cigar was released last month, limited to just 200 boxes of 10. There is admittedly a lot going on here with the candela wrapper and the bands, the larger of which is a bit much for me personally. This is hardly the first time I’ve smoked a candela barber pole, oddly, I think it might be the most popular style of barber pole. Aroma off the wrapper has some of the typical candela sweetness along with cocoa and some barbecue sunflower seeds. The foot is a bit more intense, around medium-full, with barbecue sweetness, creaminess and a rotting lemon. There’s also a noticeable Spanish cedar flavor, though I suspect that’s more a result of the cigars not being stored in cellophane. The cold draw is super intense with lots of spice upfront, nuttiness and a bit of twang. For whatever it’s worth, the spice is super strong for the first few cold draws with anise and cloves the notable standouts causing irritation in the nose, though it completely disappears after three or four takes.

It starts surprisingly heavily with lots of toastiness, some charcoal flavors, nuttiness and rotting earth. The descriptions might not inspire confidence, but it’s quite enjoyable. Within an inch in there’s a smoky flavor and a very peculiar meat casing sensation that remind me of some of the Hill Country barbecue sausages. Behind that there’s orange peel, peanut butter and spices, largely restricted to the upper parts of the throat and exclusively on the finish. A bit closer to the second third, there’s a distinct raw dough flavor in the nose, though it seems to be changing. Flavor is full, while body and strength are both medium. Construction-wise, the draw is a is a bit tight on each cigar, but otherwise the 2012 Barber Pole has no construction problems. 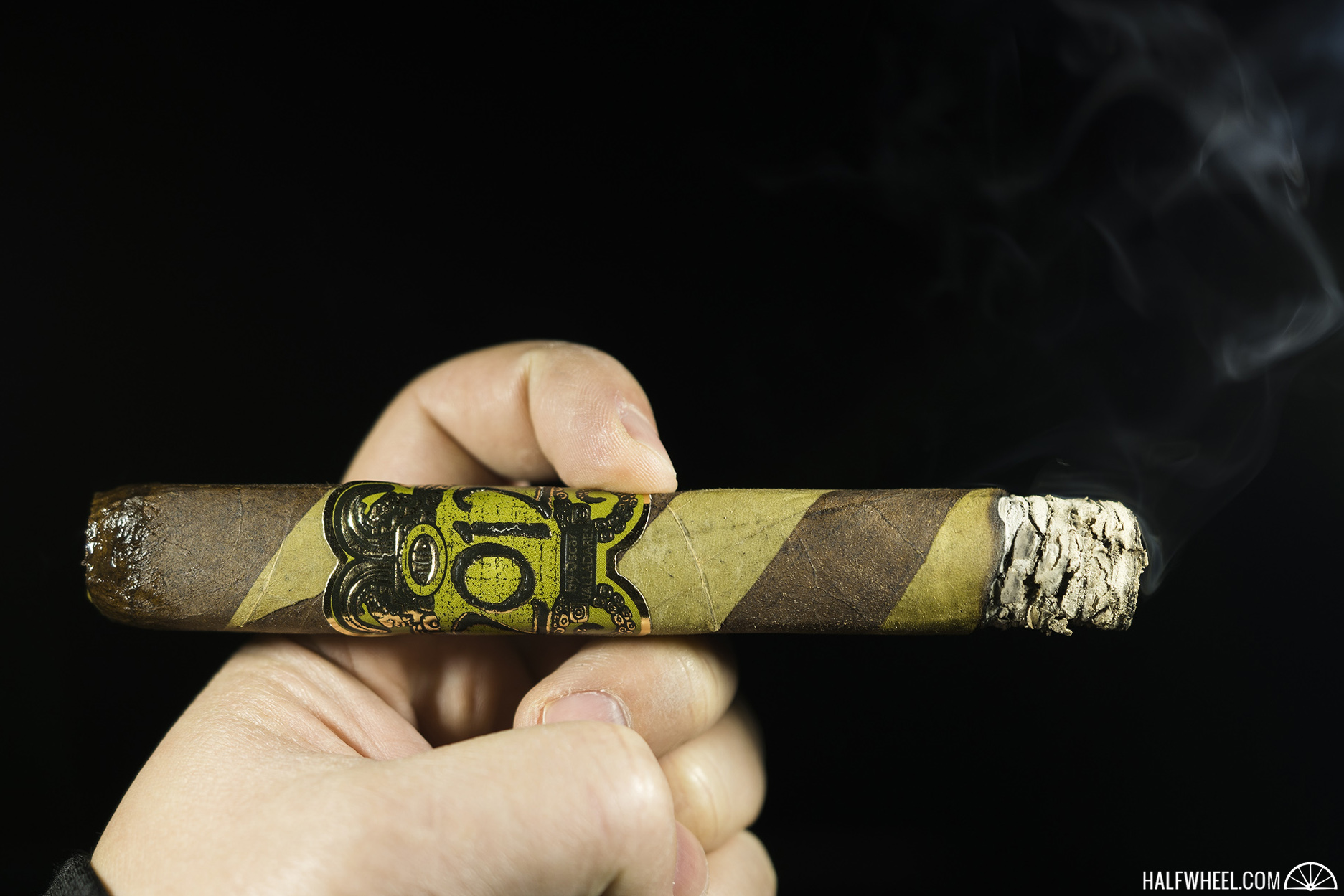 The second third of the 2012 by Oscar Barber Pole sees that bread flavor increase dramatically and turn into pizza crust. In addition, there’s some generic earthiness, a sharp red pepper and prevalent cinnamon that completely coats my tongue. The flavor picks up a bit more, granted it was easily full in the first, the body is now medium-plus and the strength remains medium. Due to not burning wrapper, I find myself touching-up one side of the cigar in the second third of the 2012 Barber Pole. 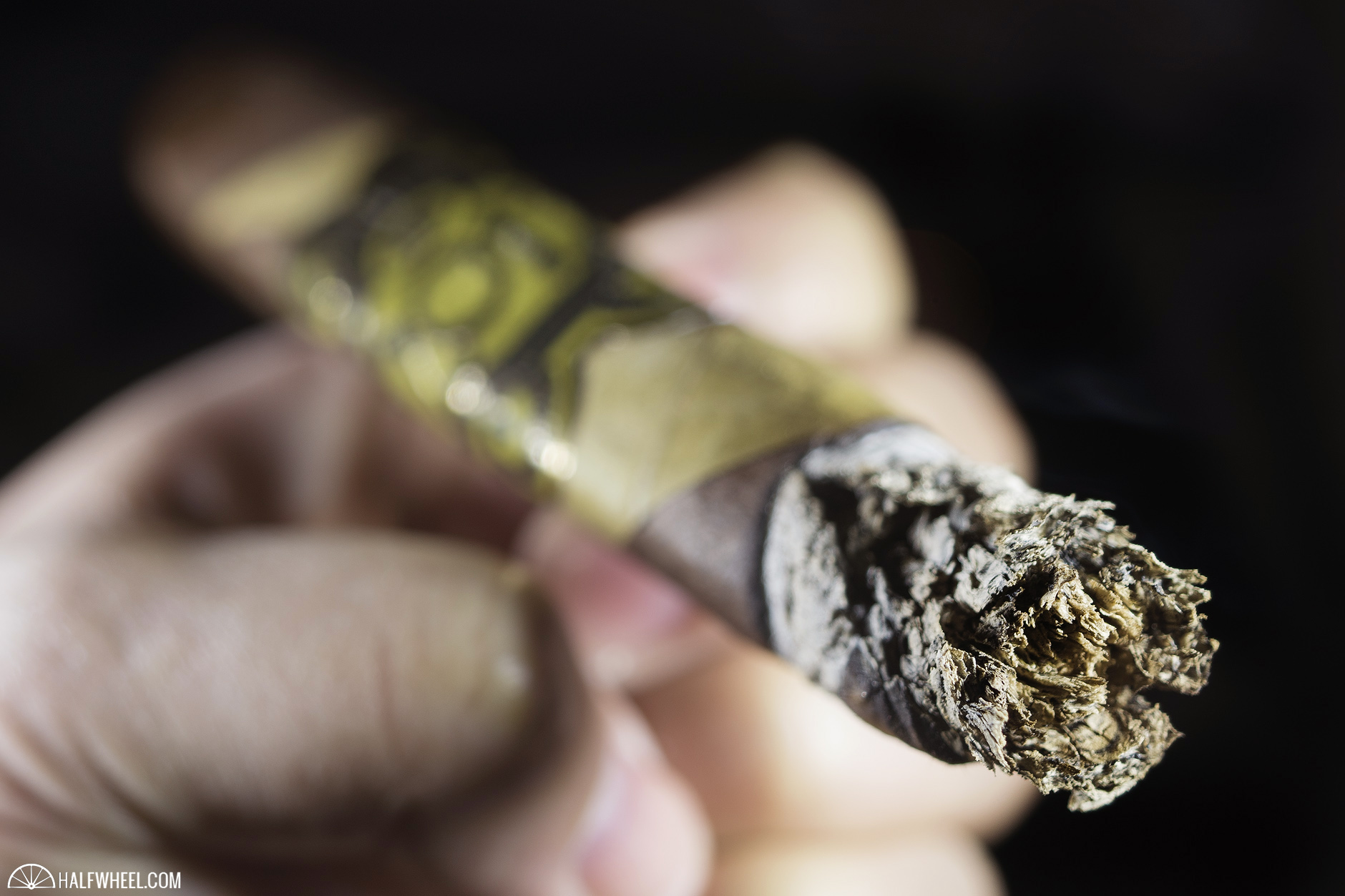 Despite not being present for much of the second third, nuttiness returns to the forefront of the 2012. Behind it is some earthiness, bark and a weird flavor that borderlines between barnyard and pasta. With an inch and a half left, I pick up some underlying caramel sweetness. Fortunately, the finish is no longer restricted to cinnamon coating my tongue, though there’s still cinnamon. The flavor takes a step back, now medium-full, while body picks up to medium-full and strength is medium. Once again, construction is fine other than a piece of the wrapper not burning, hence a touch-up. 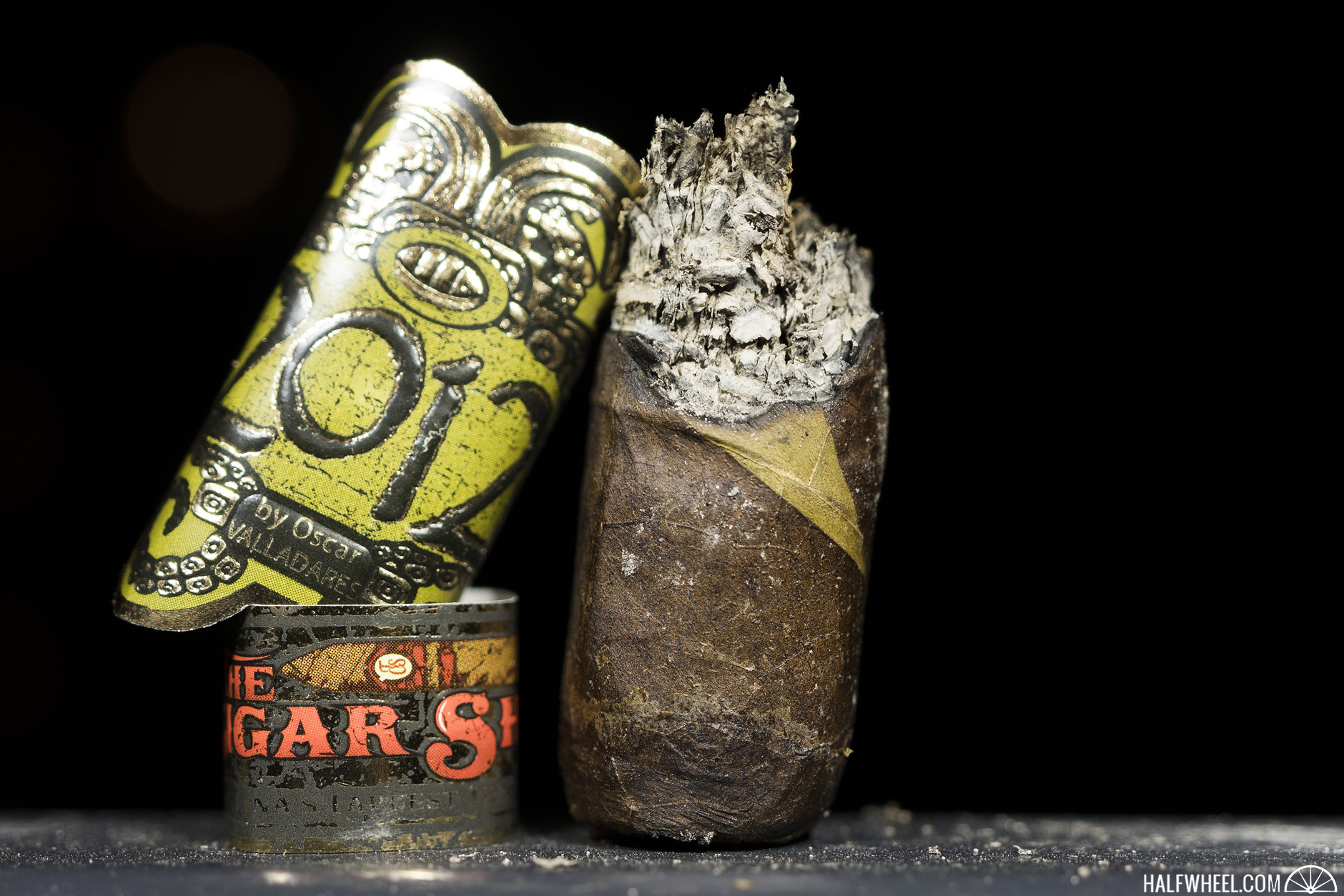 For many years, if you asked someone to name a barber pole that was "good," you would get a singular answer: Arturo Fuente Hemingway Between the Lines. That's changed of late thanks to efforts from La Flor Dominicana, Quesada, RoMa Craft Tobac and others. You can now add Oscar Valladares to the list. Candela, box-pressed, barber pole or not—this is another winner from the company. I'd recommend it at $12 or $13, but at $9 it's an easy recommend for a box purchase, even if candela isn't your thing.