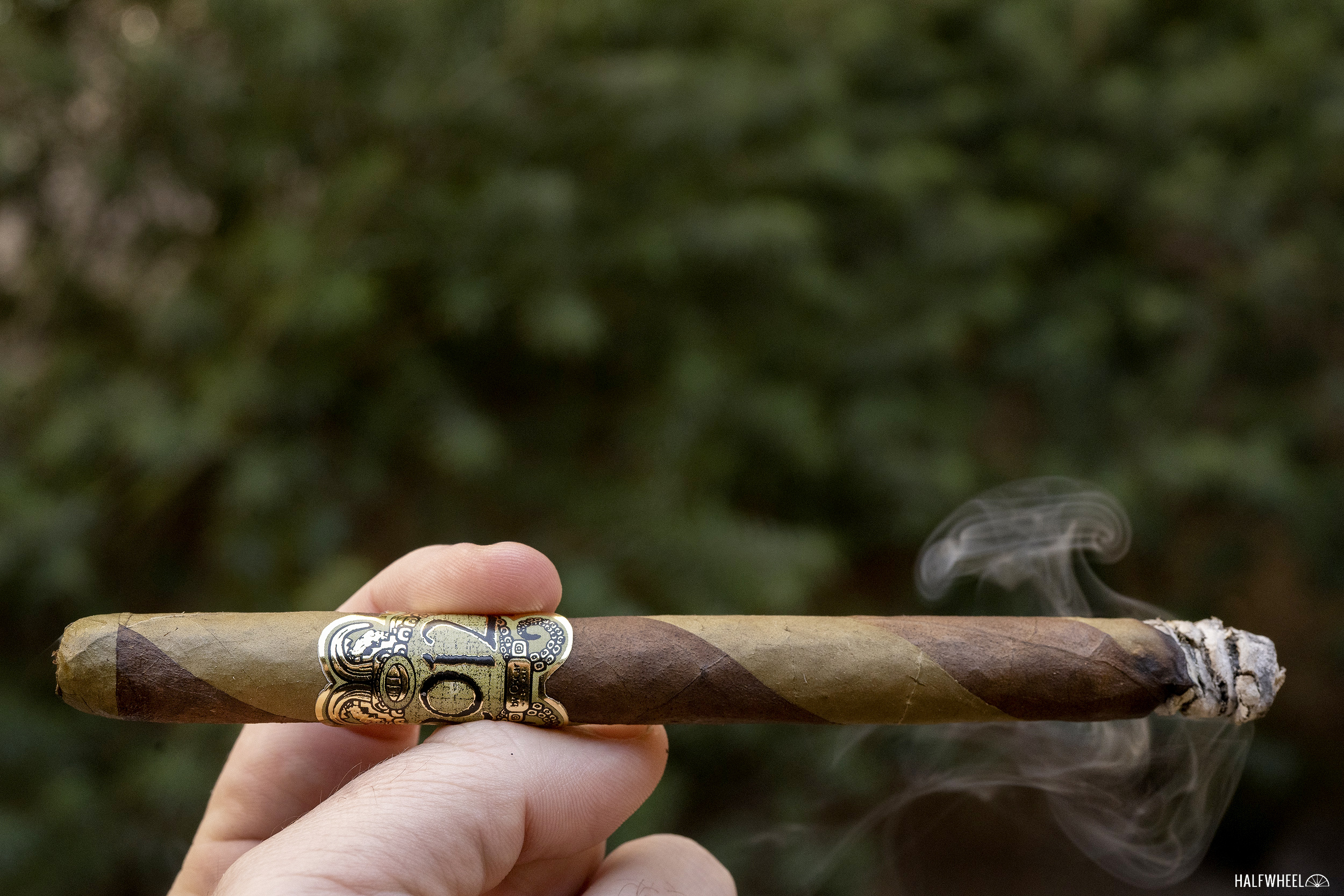 While we slog through the final weeks of 2020, a year that will likely be remembered as one of the most strenuous and challenging, it’s interesting to think back a bit about what was supposed to be another challenging year: 2012.

And when I say challenging, I mean that some thought the world was predicted to end on Dec. 21, 2012. Or at least it would reset, as the Mayan calendar ran for approximately 5,125 years, starting in 3114 B.C. It was marked by 13 Bak’tun, or periods of 400 years, and that last one ended on that late December day.

While some prepared for whatever the end of the world might hold, those much more knowledgeable about such things took a more tempered approach, equating it to how an analog odometer in an old car would simply go back to 0 after hitting 99,999.9 miles as opposed to the car exploding or some other catastrophe. But as some people love to do, this got translated into the often chanted cry of “the world is ending!”

As an acknowledgment of the predictions associated with 2012, Oscar Valladares created a cigar line named for the year. It was a nod to the Mayan calendar, the Mayan people of the area that is current day Honduras, and what appeared to be its prediction that the world would end in 2012. It was also his first commercially available line.

Perhaps the most notable part of that first line was one of the cigar inside. Each box contained 21 cigars—20 with a standard cigar band on it and one wrapped in a tobacco leaf with a band directing the consumer to smoke the cigar on Dec. 21, 2012, making it either your last cigar or the first of a new era. Both blends used a Nicaraguan binder and Honduran filler, with the 20 cigars using a Honduran corojo wrapper and the end-of-the-world cigar using a Nicaraguan maduro wrapper.

Since that time, the company has kept the 2012 line going, updating it in 2017 as part of the company’s fifth anniversary. That included updating the blends of the three lines while adding some new sizes. In October 2018, the company released the 2012 by Oscar Reserva Original, a limited batch of the original release.

In January 2018, the company released the 2012 by Oscar Barber Pole, a 6 x 52 box-pressed toro that was created as an exclusive for The Cigar Shop in the Carolinas before becoming a widespread release. In October 2020, the company announced that it was sending a new lancero size of the line to the retailer as a regular production release. 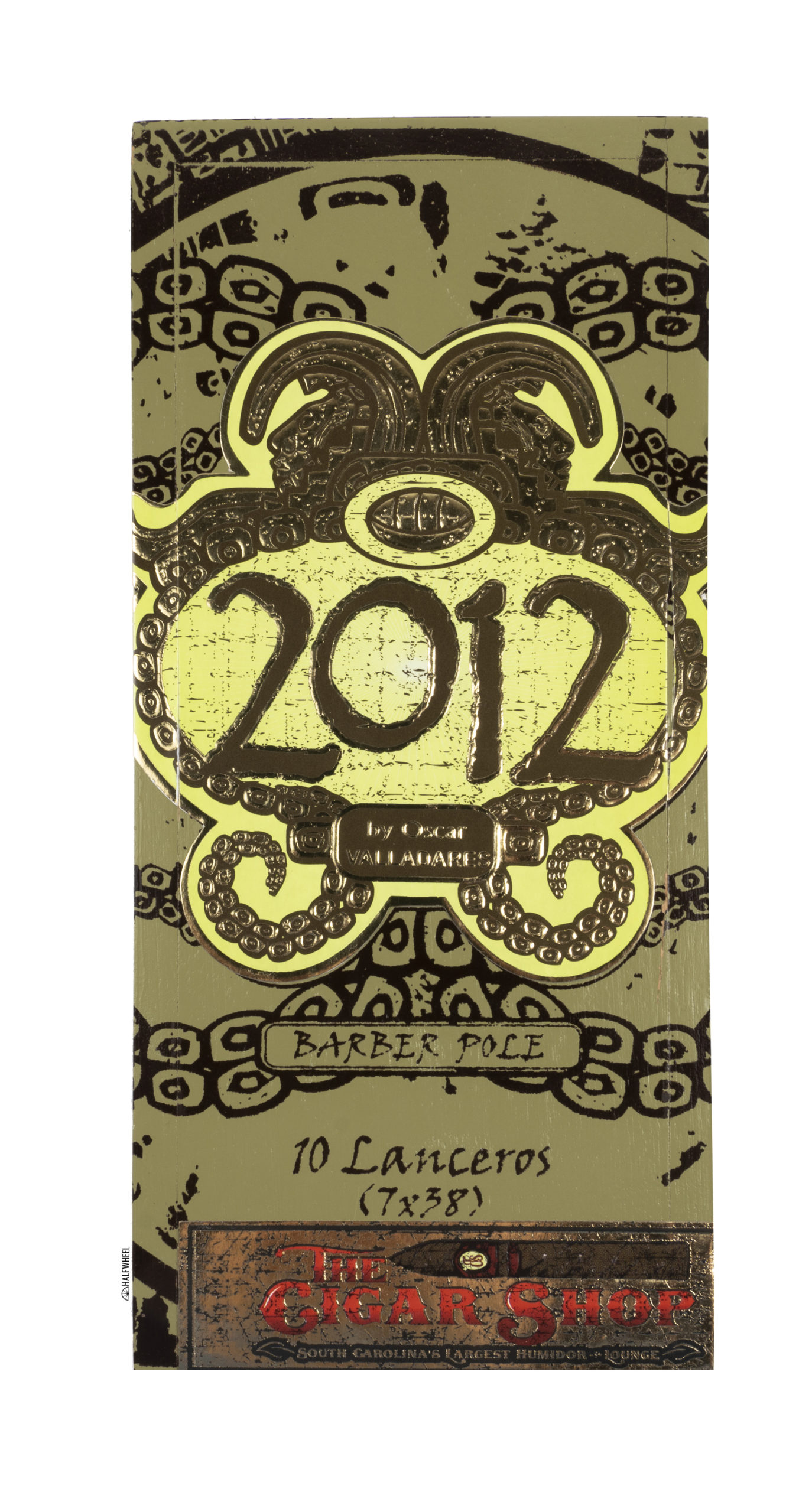 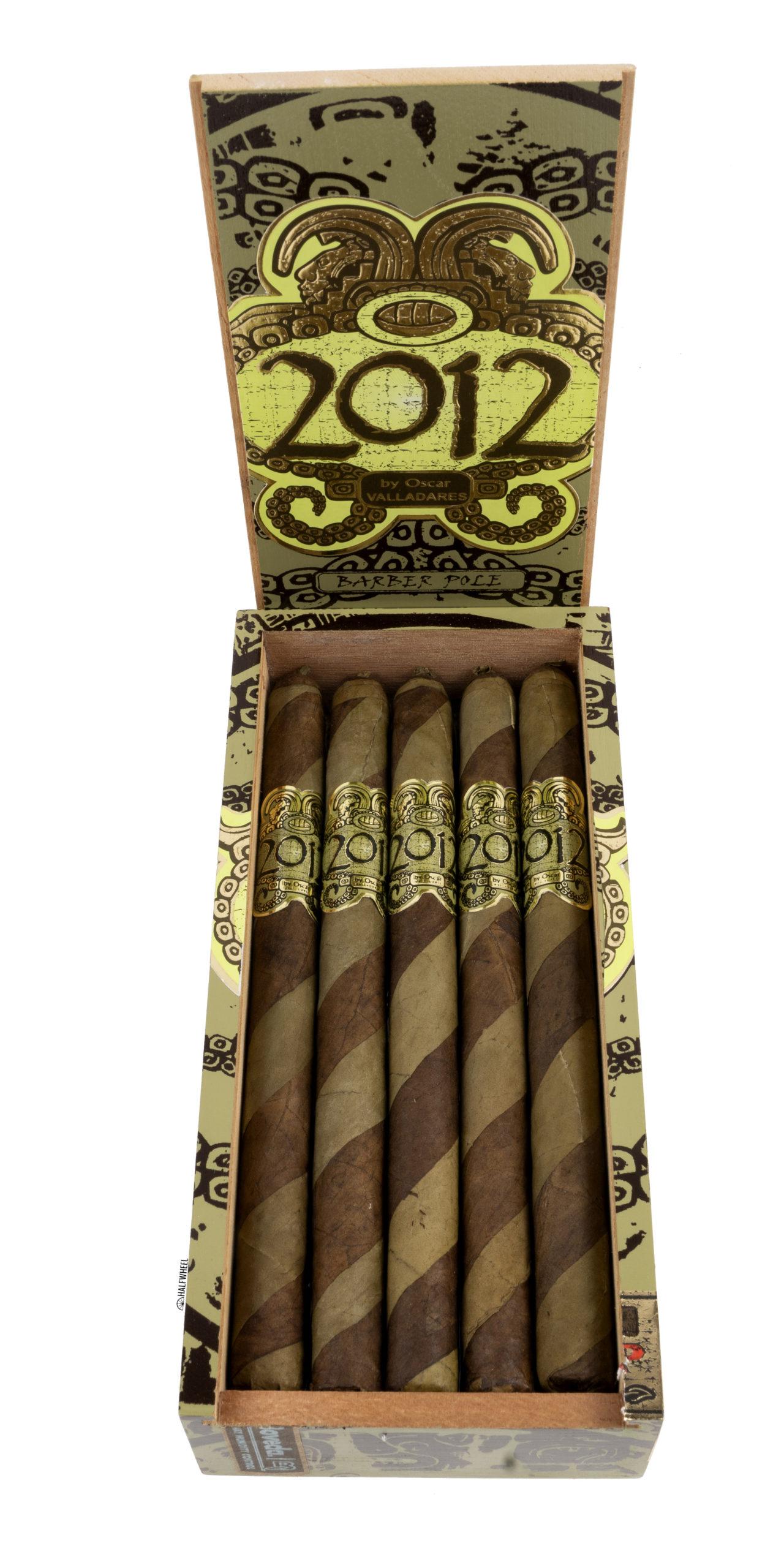 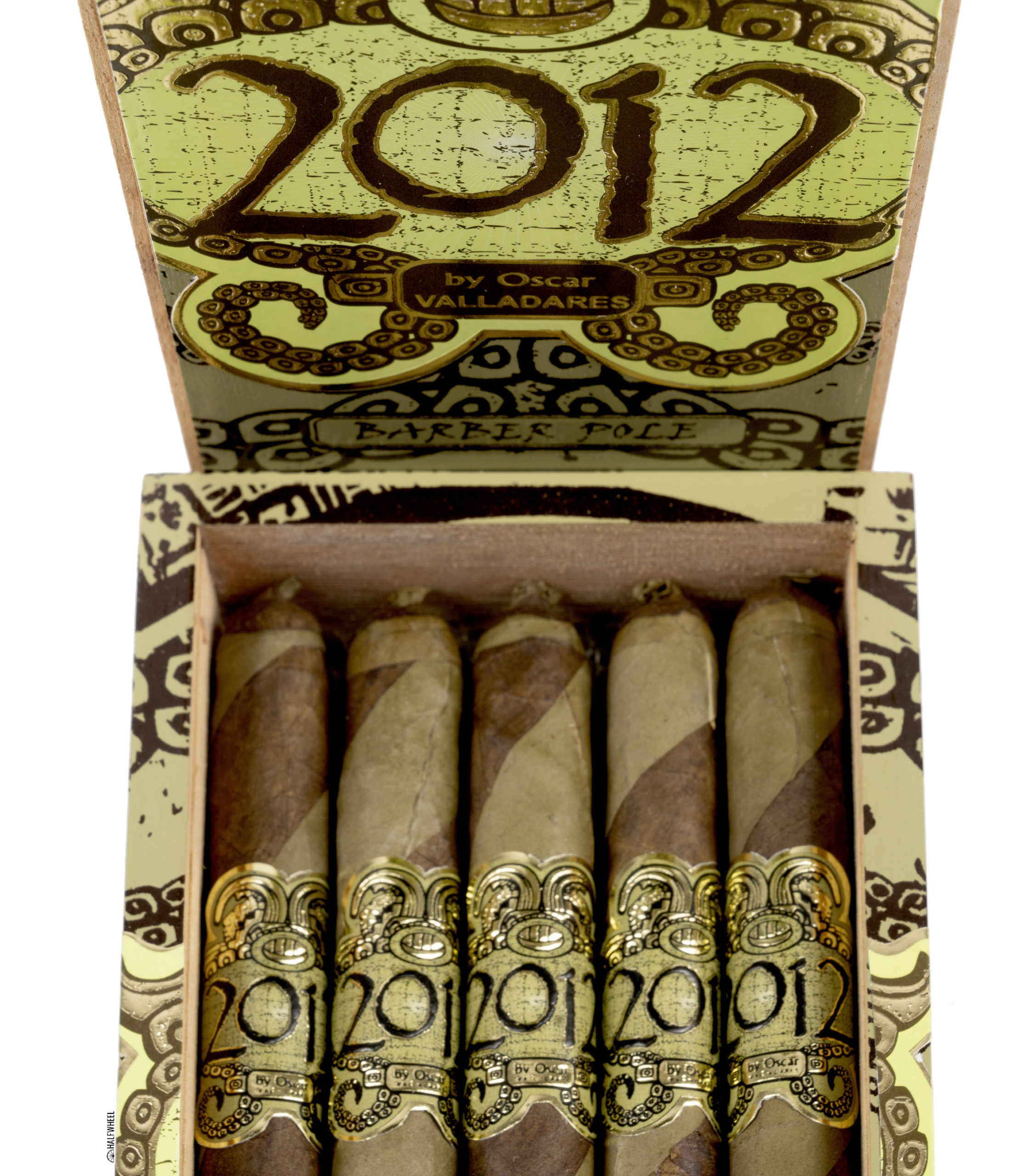 The 2012 by Oscar Barber Pole Lancero measures 7 x 38 and is offered in 10-count boxes priced at $89.97, while single cigars are $9.97. Like the original toro, its barber pole is made from a Mexican San Andrés maduro leaf and a candela of undisclosed origin. Under that are a Nicaraguan binder and fillers from Honduras and Nicaragua. Valladares makes the line at his factory in Danlí, Honduras. 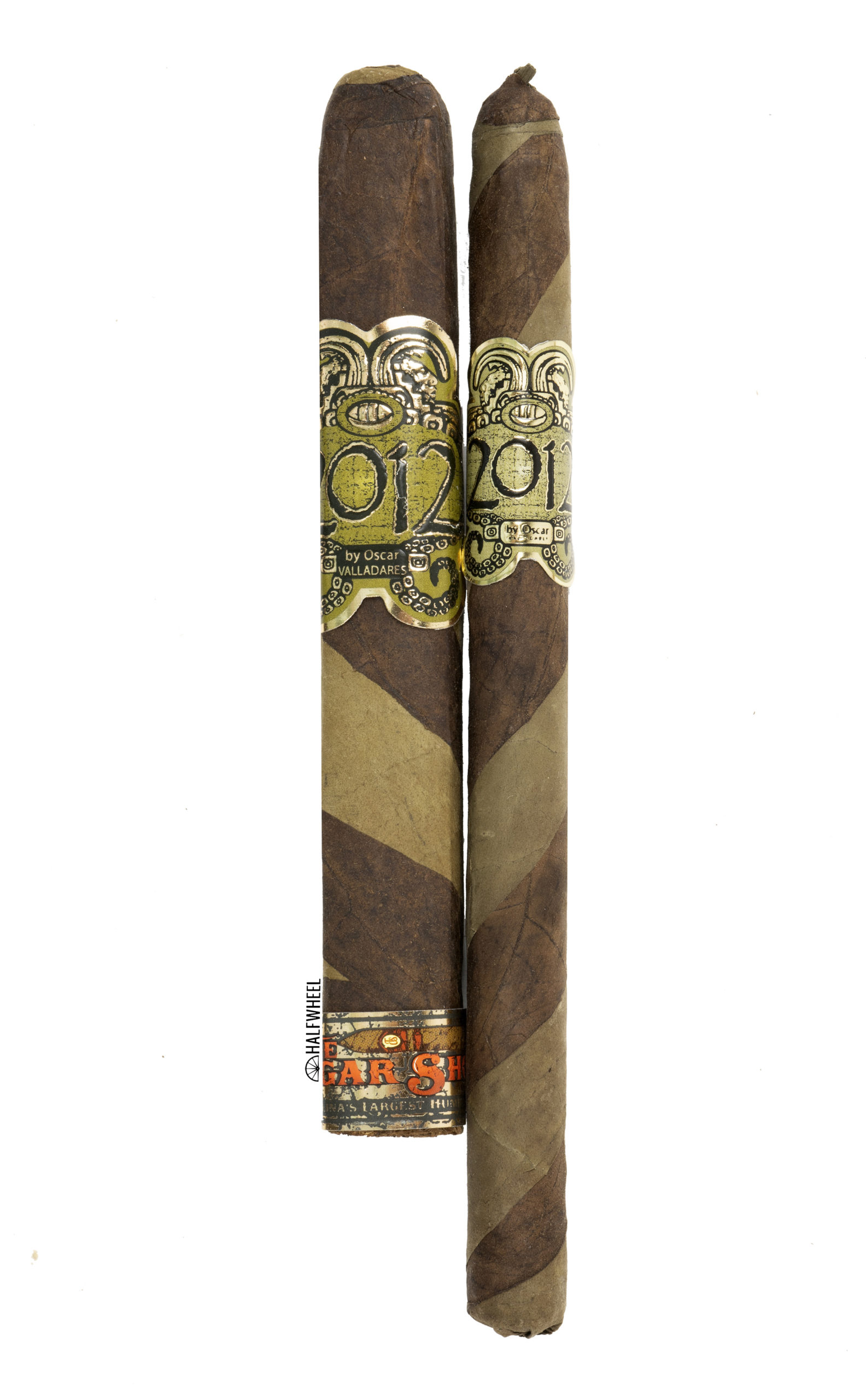 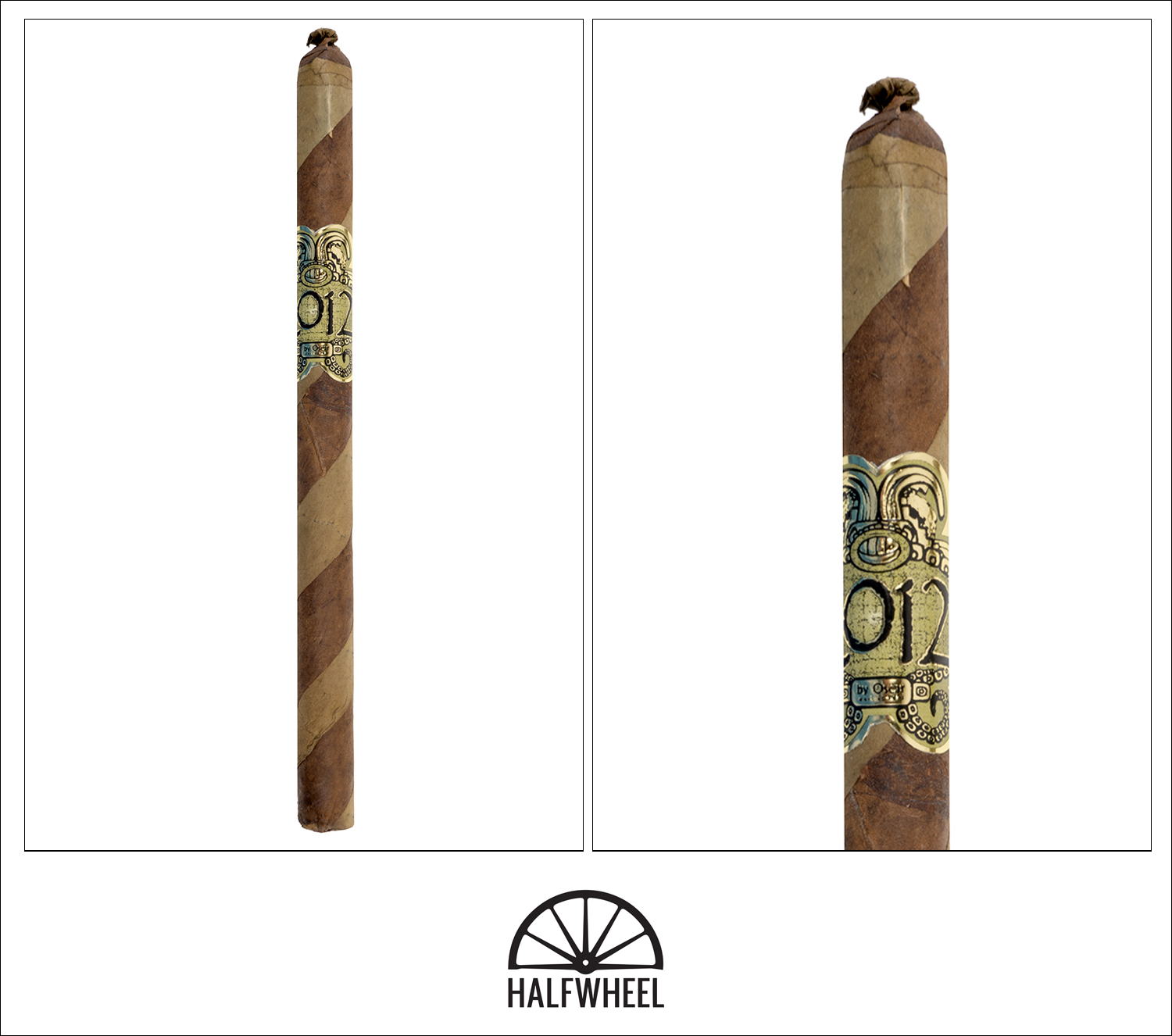 From my experience, barber poles that feature candela leaves aren’t the most beautiful options in a humidor, and I’d say the same thing here. The combination of the two shades don’t produce a better result, and I’d say that what I can see from each wrapper doesn’t inspire me to call either inherently beautiful. That said, the 2012 by Oscar Barber Pole Lancero does have its own sort of visual appeal due to the spacing of the sections being quite even, making the most of its design. It is a firmly rolled cigar, and while I don’t want to over-squeeze the candela, it doesn’t take much to tell that there aren’t any soft spots. Construction is very good, with a little twist of tobacco finishing off the head, with the occasional bit of tobacco of the cap draping over the shoulders of the cigar. The wrappers don’t offer a lot of aroma on their own, while the covered foot seems to help the cigar in keeping aromas to itself. There are a few sniffs where I think I’m getting something like mint chocolate chip ice cream, but it might be my mind playing tricks on me. The cold draw has me thinking of mint chocolate ice cream again, which either indicates the flavor is actually there or my mind is easily led to that flavor by a combination of green and brown tobacco. Beyond that, flavors are mild if not outright muted, and there’s very little if any vegetal or grassiness to the cigar, while the cold draw has just a bit of resistance to it.

The 2012 by Oscar Barber Pole Lancero starts with a bit of waxiness and a very slight vegetal note as it burns through the covered foot and into the body of the cigar. A dense black pepper comes along not long after, and while there is some physical reaction, the flavor has some unpacking to do. I could say the same about a bit of chocolate that comes along but is not fully developed at this point. After the first clump of ash falls and the second starts building, the cigar offers its first hit of pepper, largely a white pepper dominant sensation through the nose but there is a bit of black pepper gravitas. From there, the cigar picks up some creaminess, filling out the body quite well while also incorporating a bit of earthiness and just the right amount of the vegetal note seeming coming from the candela leaf. Flavor is medium-plus for most of this section, and when the body fills out about halfway through, the result is very good. Strength is medium at best. Construction is very good, if not close to perfect.

While carrying on the profile from the first third in the early goings of this section, the 2012 by Oscar Barber Pole Lancero goes through a second awakening just ahead of the midway point. The white pepper comes back into the equation and while not any stronger than it was earlier, gives the cigar some new vibrance after it had settled a bit, becoming more familiar on the palate. There’s a bit of creaminess building in the profile towards the end of this section, a flavor that helps ground and soften the others, which seem to be picking up a bit more grassiness and Honduran terroir. It also provides just a bit of sweetness that plays well with a bit of aloe coming from the vegetal component of the candela, though even at its most intense it doesn’t make the profile overly sweet. What it is, though, is well-balanced and fairly complex, balancing a fairly hearty earth flavor with pepper and a slight touch of sweetness. Flavor is now medium-full, body is medium-plus and strength is medium but building. As long as the cigar is puffed on with some regularity, there are no issues of note with combustion, draw or smoke production. 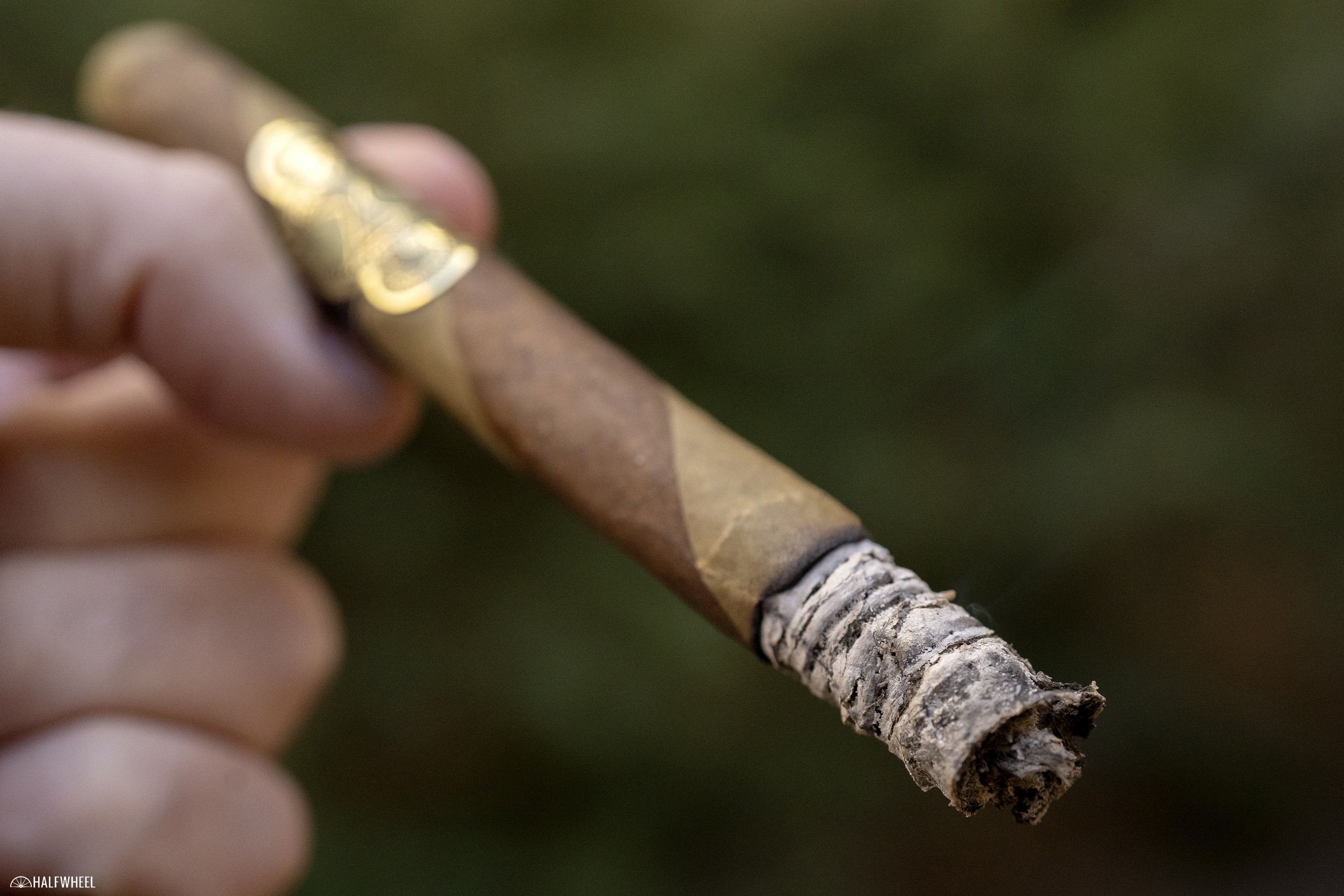 After not really embracing it up to this point, the final third of the 2012 by Oscar Barber Pole Lancero sees the profile turn earthier, with notes of chocolate beginning to emerge on top of pepper and a familiar dry earth. Thankfully the profile doesn’t have the dusty flavor that tends to be associated with Honduran tobacco, at least not enough of it to be of note. The third sample picks up a really pronounced waxiness with about two inches left, and its much more pronounced than what I got at the start of the cigar. It’s an unfortunate addition and one that has me wondering just what might have caused it given how good the others have been. There’s just a bit of floral sweetness coming into the equation in the final inch, and while it has a bit of a vegetal note, that isn’t what my senses latch onto. Flavor finishes between medium-plus and medium-full, body steps back towards medium, and strength is medium at best. Construction remains fantastic. 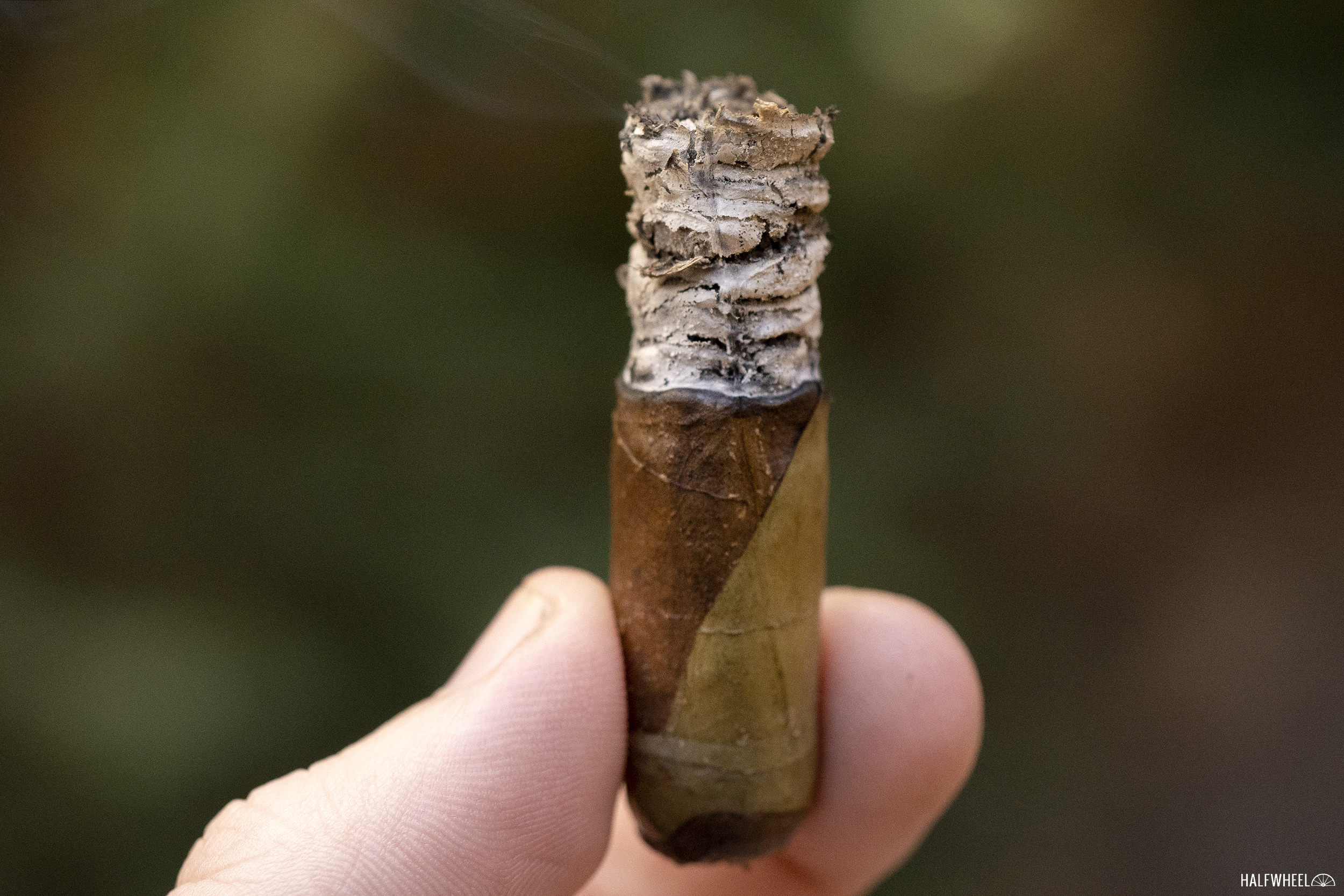 Say the word candela and thoughts of grassiness and vegetal flavors almost immediately come to mind. However, that is about the furthest thing from what the 2012 by Oscar Barber Pole Lancero has to offer. Rather, the cigar uses a bit of aloe sweetness and floral notes to accent a profile that draws from earthiness and pepper for a combination that is both familiar but also just different enough from that typical profile to be interesting to the senses. In some ways, it's like changing a component in a familiar cocktail, and the results in this case are very good. Near flawless construction adds to the enjoyment, while the lack of a nicotine kick is another plus. It's certainly an interesting looking cigar, an interesting tasting cigar, and one worth lighting up.