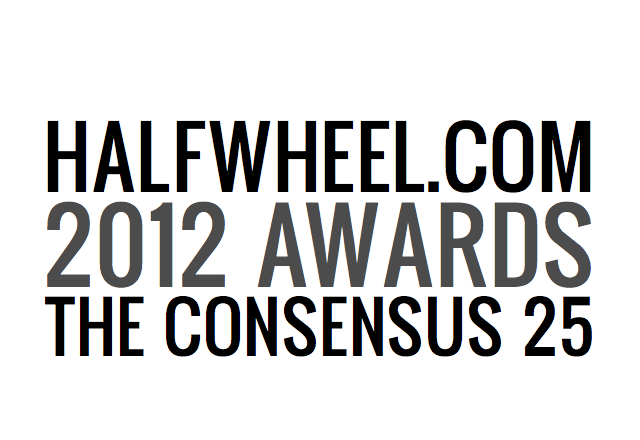 And the top cigar of 2012 is. First, a bit of what this is and what it is not. This is a compilation of 53 published lists, both traditional publications and online organizations, in an effort to find any trends, and most importantly, a consensus. The written content is all mine; it is not endorsed by any organization or individual whose list appears as part of The Consensus with the exception of halfwheel. If you need to, view the Excel document as one thing and the analysis as another.

It is a rather confusing and daunting task to attempt to make a claim about a consensus, let alone the work that is needed to put this together, but I find it necessary given the proliferation of top cigar lists in today’s landscape. This seems even more interesting given that few of the 53 operate in any of the same manner. That being said, I can say with pretty good certainty, when it comes to best new brand, brand of the year, factory of the year, country of the year and cigar of the year—we, as a publishing community, have a consensus.

BRAND OF THE YEAR — HAVANA CELLARS

This was actually quite close, with Drew Estate only slightly trailing Pete Johnson’s Havana Cellars/Tatuaje. While Havana Cellars is brand of the year, when you factor in Johnson’s new L’Atelier Imports—which he emphatically describes as a complete separate entity—Johnson’s presence on the lists of 2012 is virtually equal to: Alec Bradley, Altadis, Arturo Fuente, Ashton, all of the Davidoff Group sans Room101 (AVO, Camacho, Davidoff, Griffin’s, Winston Churchill & Zino), J.C. Newman and Padrón—put together. The absurd part of it all is Havana Cellars didn’t have a single cigar on The Consensus Top 25, although L’Atelier Imports’ flagship LAT and the Johnson-blended La Dueña were both on the list.

This was also not so close, with Eddie Ortega’s new company having nearly double the amount of points as the next closest new company, L’Atelier Imports. Ortega released a single line, in two different wrappers, and placed both on The Consensus 10, one in third place. The company itself ranked eighth, in front of the likes of Ashton, Fuente, LFD, Padrón and others. Regular production and lower price points, Ortega Premium Cigars is a breath of fresh air for the new company categories. As far as complete newcomers to the industry, Ezra Zion, who ranked 34th out of 75 brands, takes that honor.

This. Was. Not. Close. My Father Cigars S.A. racked up more points than the second, third and fourth places combined. To put it in other terms, the García-owned factory had a better performance in The Consensus than the Bahamas, Costa Rica, Cuba, Honduras and the United States did, combined, or every factory outside of Nicaragua and the Dominican Republic. While Havana Cellars’ performance in The Consensus again isn’t shocking, My Father as a brand was third, a fairly dramatic jump compared to last year. Those two showings plus Eddie Ortega’s strong performance created an absolute landslide.

It was never going to be a question of who was the top spot, but Nicaragua accounted for more points than every other country combined, which is a bit much. It had six of the Top 10 factories, four of the Top 5 Cigars and over half of the Top 25.

CONSENSUS CIGAR OF THE YEAR — CyB BY JOYA DE NICARAGUA

There was a consensus. The cigar formerly known as Cuenca y Blanco appeared on 25 of the 53 lists, the next closest cigar by that measure, the Ortega Serie D Maduro, appeared on 17. The only logical statistical category that CyB failed to win was MODE for the top cigar, Headley Grange took that place on five lists (with a tie for a sixth) compared to CyB’s two top spots. But the numbers for total score weren’t close, the eponymous release from Dr. Alejandro Martínez Cuenca and José Blanco had a lead over the second place Oliva Serie V Melanio that was roughly seven times what Undercrown had over its second place rival when it won the award last year. As a brand Joya de Nicaragua received one other vote for a cigar that was not CyB and yet, the brand still finished in the top 5.

Every list has its different goals and parameters, but The Consensus Top 25 was almost entirely a collection of new cigars. Nat Sherman Timeless was a single store release until 2012, Four Kicks debuted last November and the Liga Privada Feral Flying Pig came out in the last week of 2011. Add Liga Privada No. 9 and Undercrown to the three barely not new cigars, there are 20 new cigars.

THE LIMITS TO LEs

There is one true limited edition in The Consensus Top 10 and only five in the Top 25, and I think that’s telling. Across the board, both in print and online, the cigars that end up on these lists are regular production items. I think we might have actually reached a peak in the sense of true one-and-done limited editions for a variety of reasons and I think a showing like this will only push manufacturers further away from it. What we will see going forward are more regional releases, more prereleases as limited editions for select stores and annual limited releases, which have been around for a while a la Fuente.

Whether or not it’s worse than La Aurora’s near shut out last year. But after 641 entries (read: votes), Christian Eiroa’s Tabacaleras/Fabricas Unidas brands received six total entries, three of which came from one source. And it’s not for a lack of newness. Eiroa is the latest in what has become a growing trend of new companies entering the market with a plethora of brands and lines, in the case, three brands from three different countries. Like La Aurora, Eiroa appeared in plenty of the media sources that made up The Consensus, but only made it onto four of the 53 lists. With the success of alternative approaches, i.e. committed single line development, from Crowned Heads, RoMa Craft and Ortega Premium Cigars there is some room for an argument to be made about which strategy might be best, however, all three of the aforementioned would probably tell you it’s more about the cigars versus strategy.

SURPRISES IN A GOOD WAY

SURPRISES IN A NOT SO GOOD WAY

To see Brain Hewitt’s 2010 version of this, click here. The Consensus 2011 is available here.